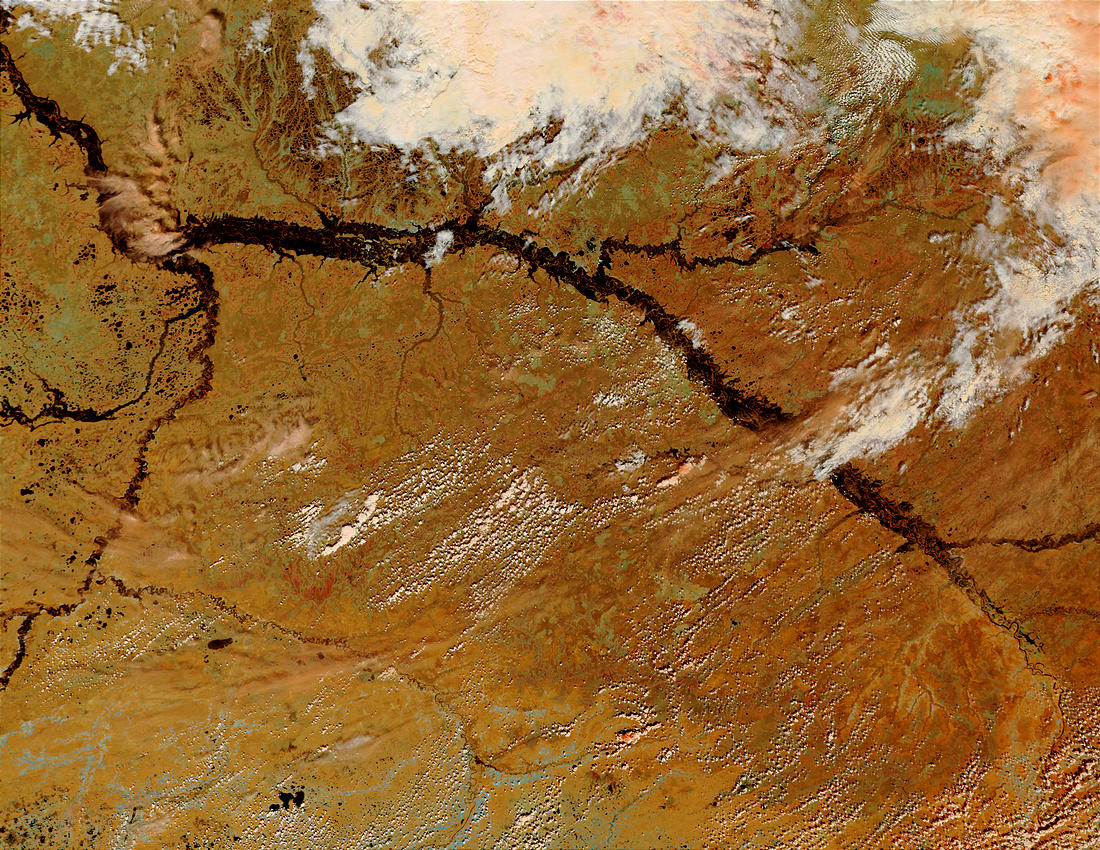 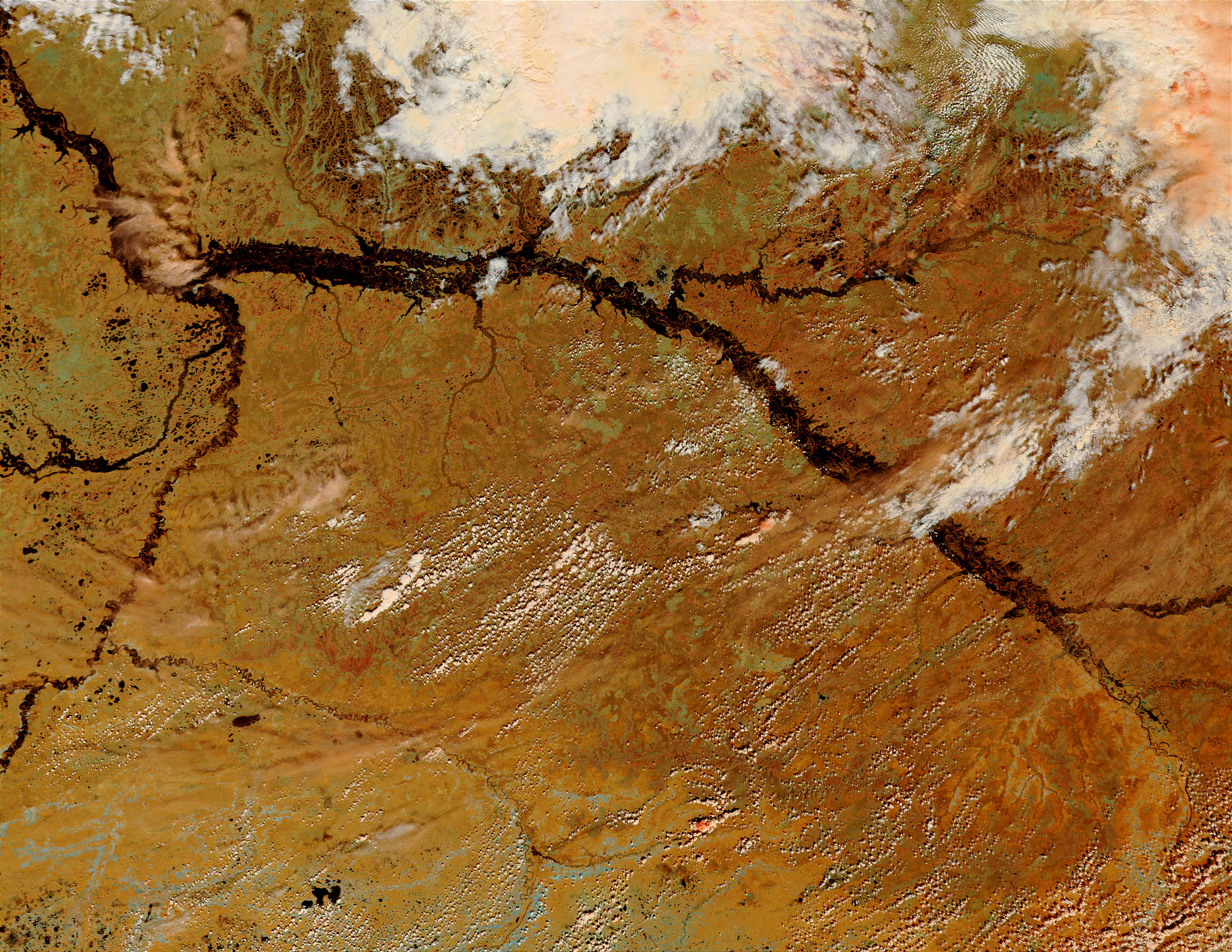 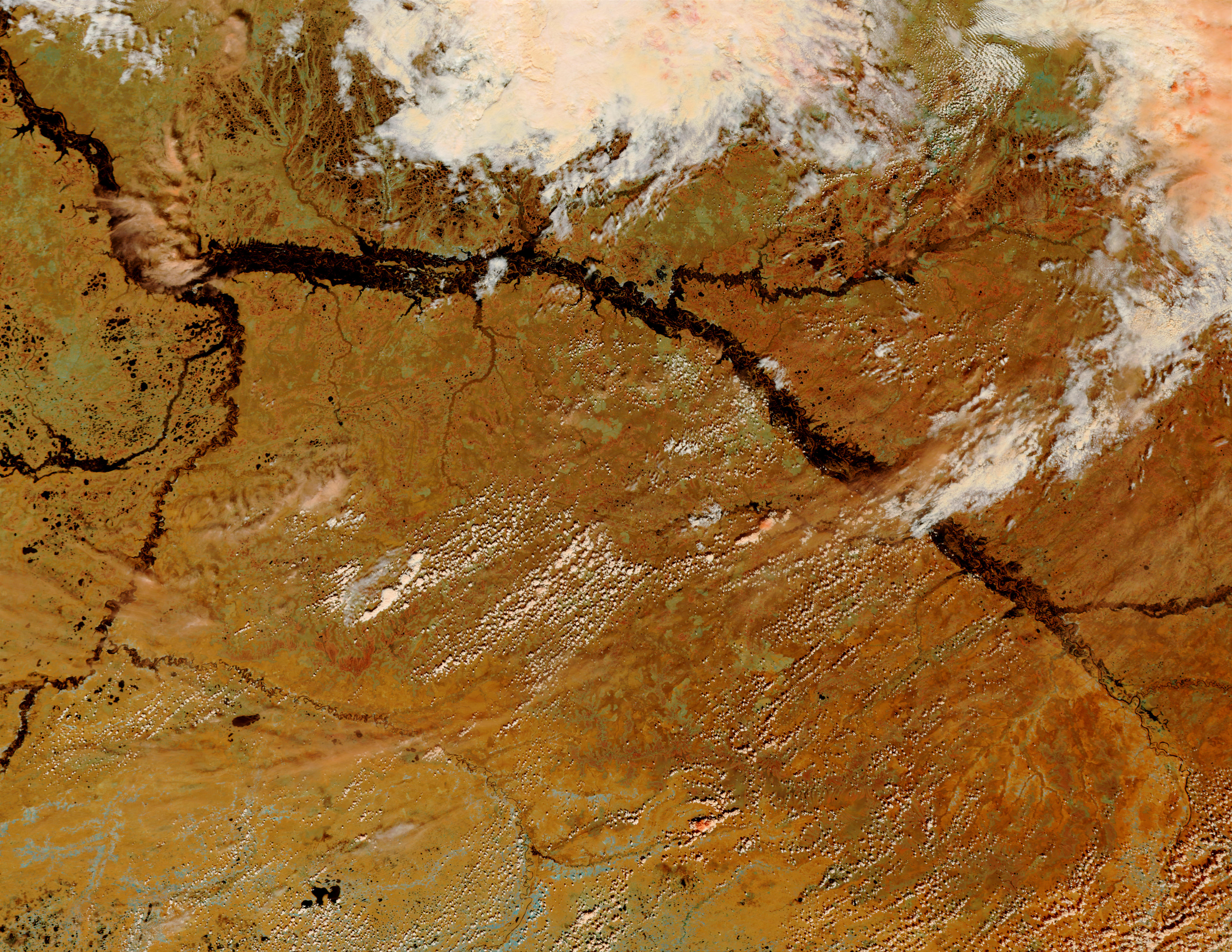 Flooding of the Ob River, Russia

A mixture of heavy rainfall, snowmelt, and ice jams in late May and early June of this year caused the Ob River and surrounding tributaries in Western Siberia to overflow their banks. The flooding can be seen in thess image taken on June 16, 2002, by the MODIS (Moderate Resolution Imaging Spectroradiometer) instrument aboard the Terra satellite. Last year, the river flooded farther north. Normally, the river resembles a thin black line, but floods have swollen the river considerably.