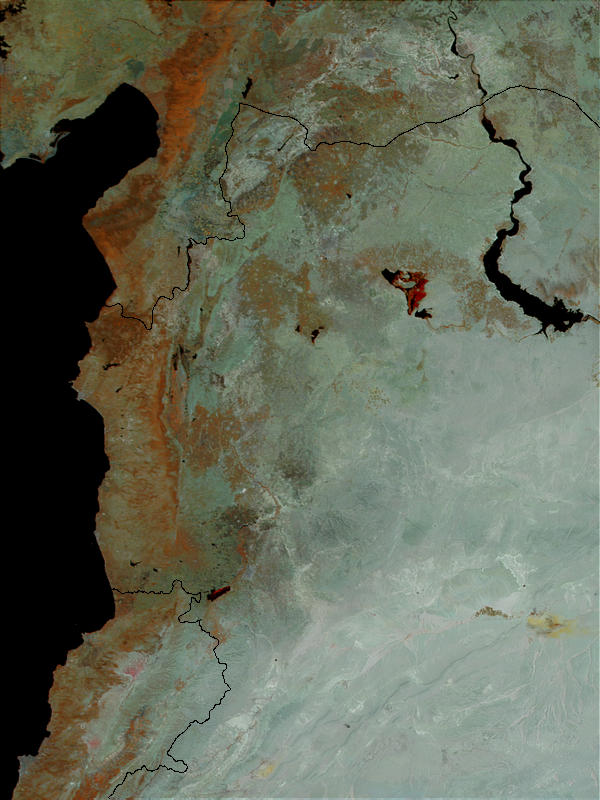 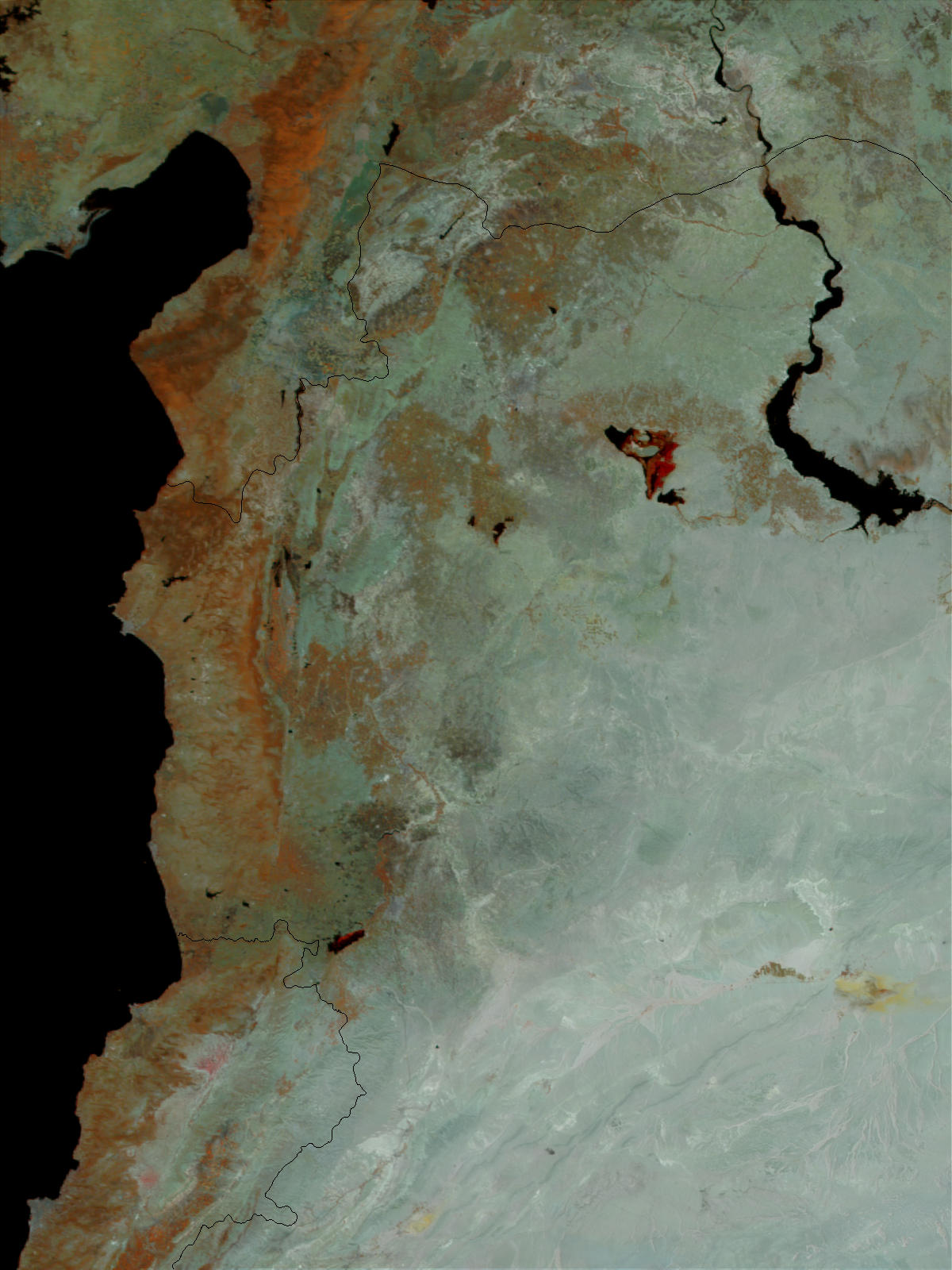 Flood in Northern Syria after collapse of the Zeyzoun Dam

On Tuesday the Zeyzoun dam in northern Syria ruptured and collapsed, killing 20 people and leaving thousands more homeless. This series of true and false-color images taken on June 3 (before flood) and June 5 and 7, 2002 (after), by the Moderate-resolution Imaging Spectroradiometer (MODIS) instrument aboard NASA’s Terra satellite show the extent of the flooding. Normally, there would be no water present in the center of the image. After the dam burst, however, 71 million cubic meters flowed onto the surrounding landscape and washed over an area of 20,000 acres. Hundreds of homes were destroyed in and around the villages of Zeyzoun, Qastoun, and Ziara, roughly 220 miles (350 kilometers) north of Damascus. Most of the residents fled to higher ground with the help of two helicopters. The Syrians originally constructed the dam to contain the Orontes River and provide a steady flow of water to the surrounding farms, many of which were lost. Rescue workers worry that more bodies may be found as the waters of the dam recede. The Japanese government issued over $40,000 in aid for the victims, and the Syrian government is petitioning international aid agencies for further assistance. In this false-color image, the ground is sage green and rusty orange, and water is black. Clouds appear pink.