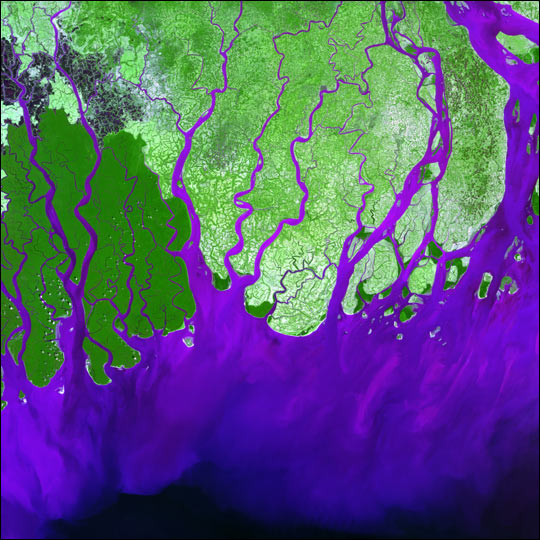 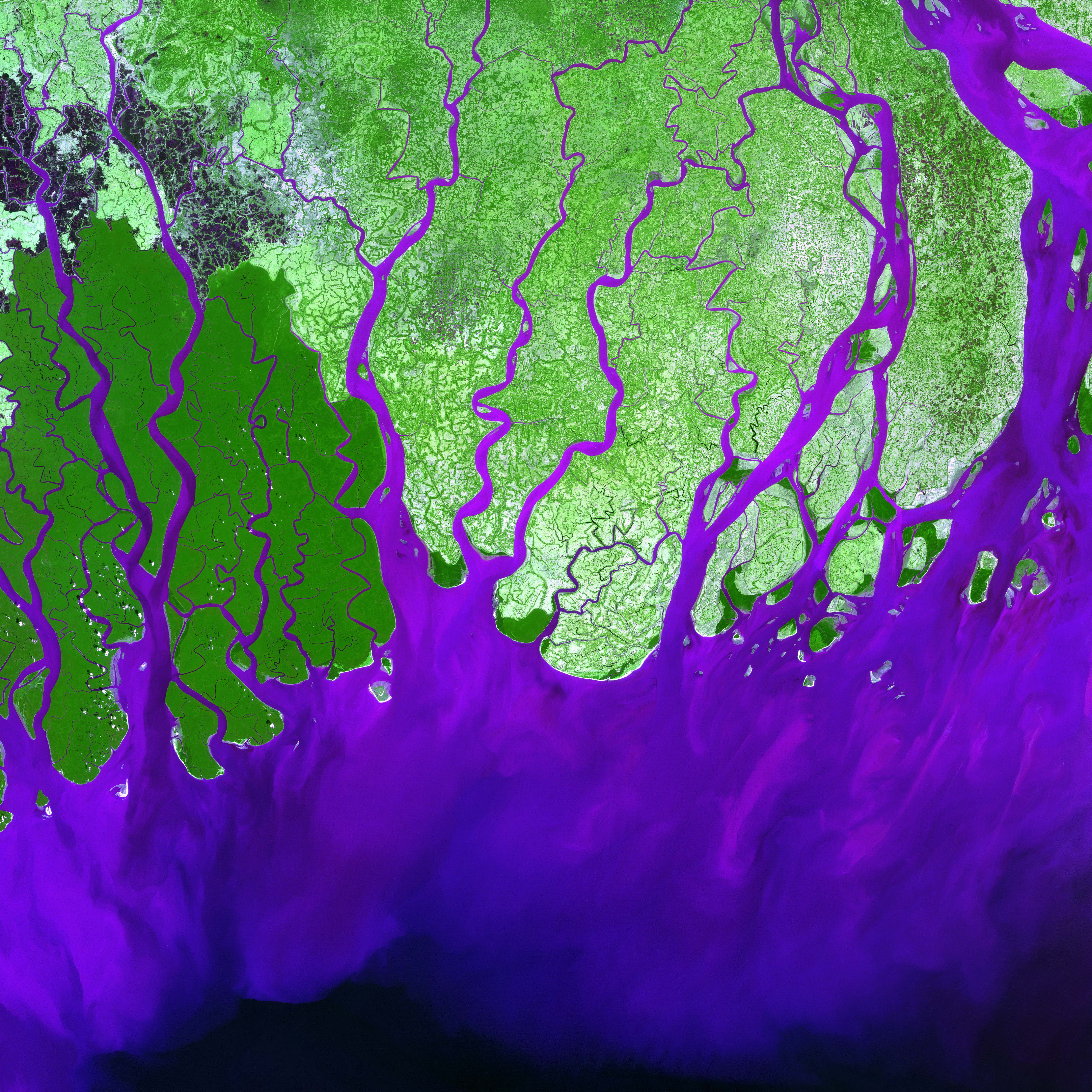 The Ganges River forms an extensive delta where it empties into the Bay of Bengal. The delta is largely covered with a swamp forest known as the Sunderbans, which is home to the Royal Bengal Tiger. It is also home to most of Bangladesh, one of the world’s most densely populated countries. Roughly 120 million people live on the Ganges Delta under threat of repeated catastrophic floods due to heavy runoff of meltwater from the Himalayas, and due to the intense rainfall during the monsoon season.

This image was acquired by Landsat 7’s Enhanced Thematic Mapper plus (ETM+) sensor on February 28, 2000. This is a false-color composite image made using green, infrared, and blue wavelengths.