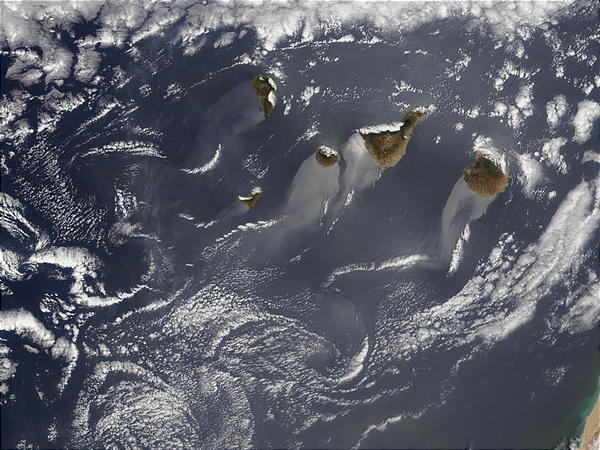 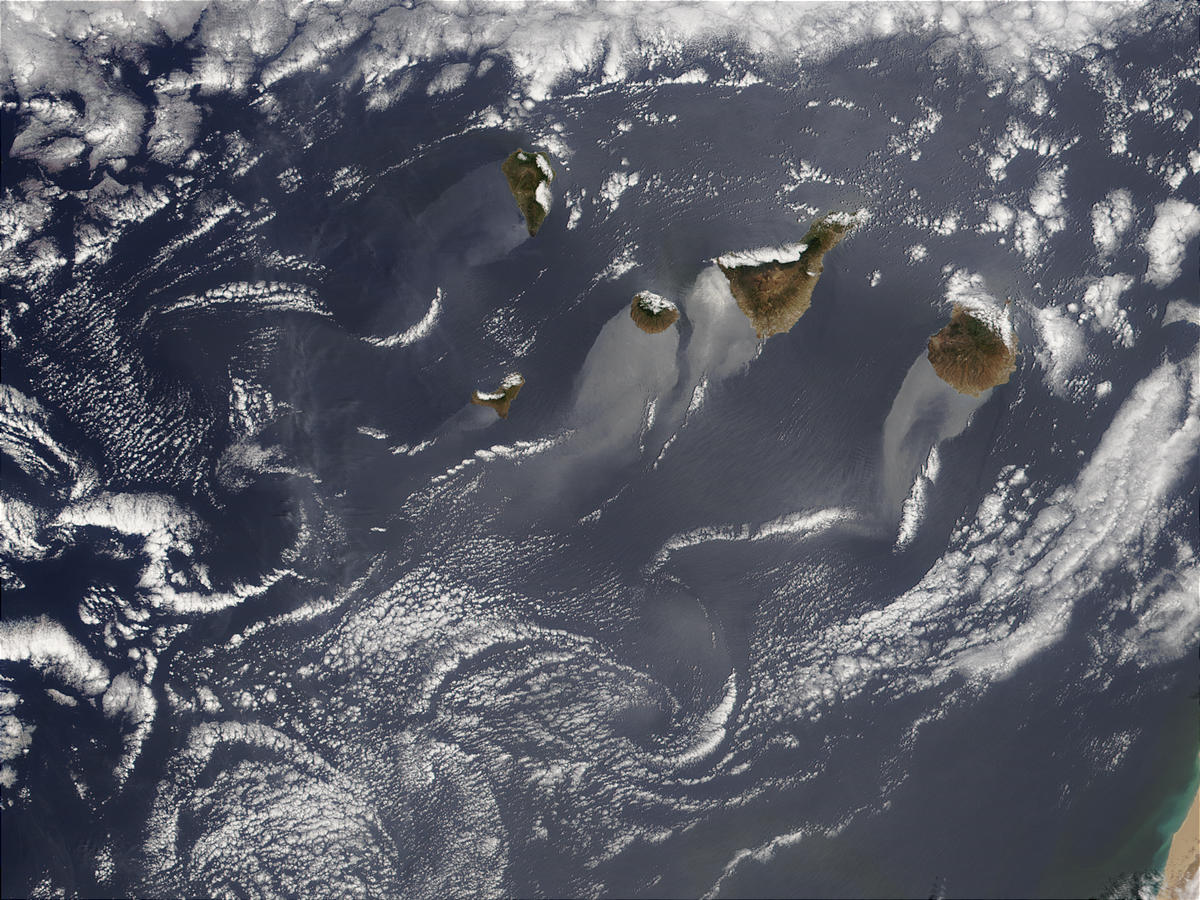 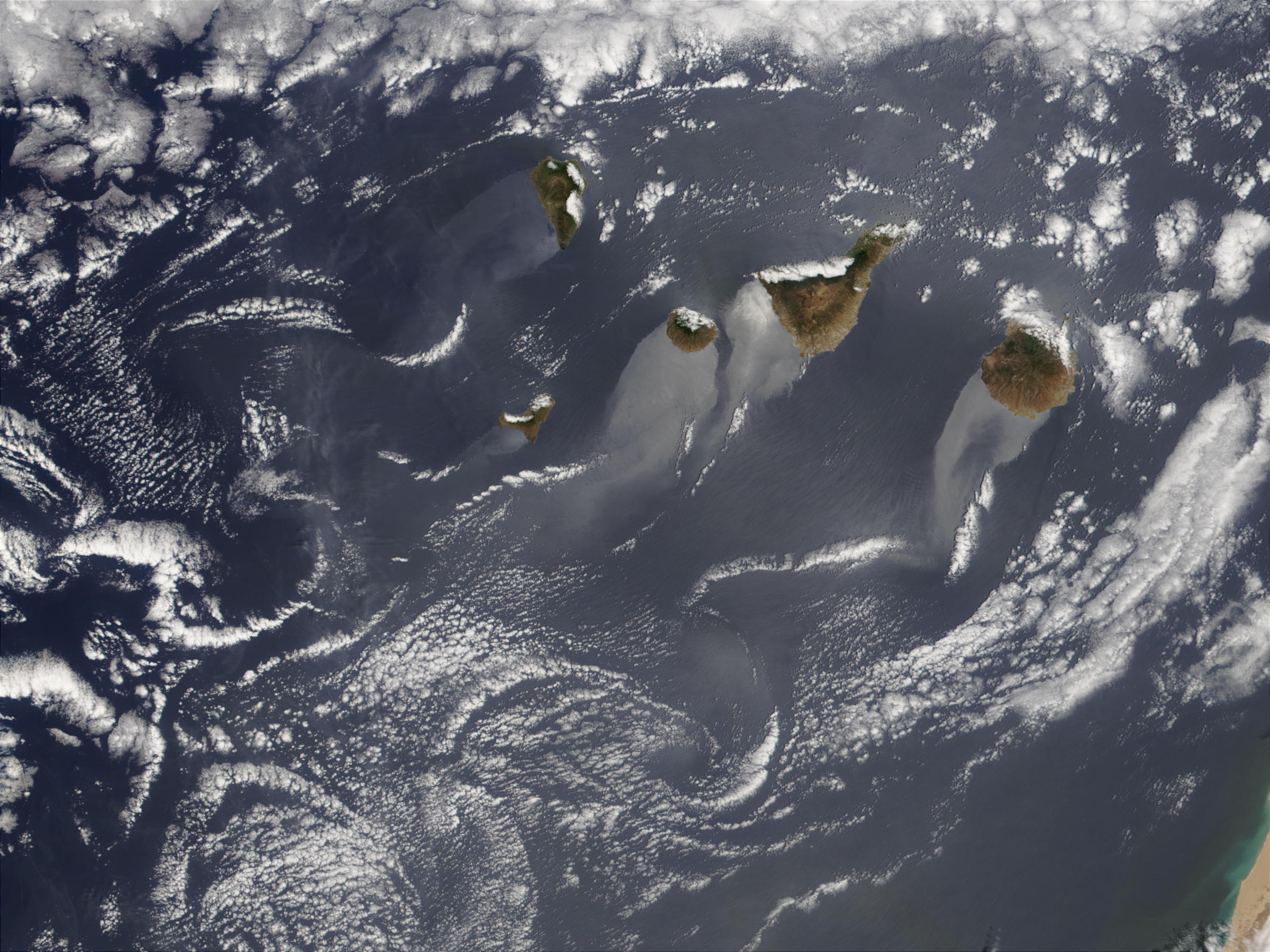 The Canary Islands off the west coast of Africa in the Atlantic Ocean often create interesting cloud patterns such as wake effects or von Karman vortices as they disturb air flow over the comparatively smooth ocean surface. These images were acquired by the Moderate Resolution Imaging Spectroradiometer (MODIS) on the Terra and Aqua satellites during 2002. In a few of the images, dust from the Sahara Desert in Africa shrouds the scene.