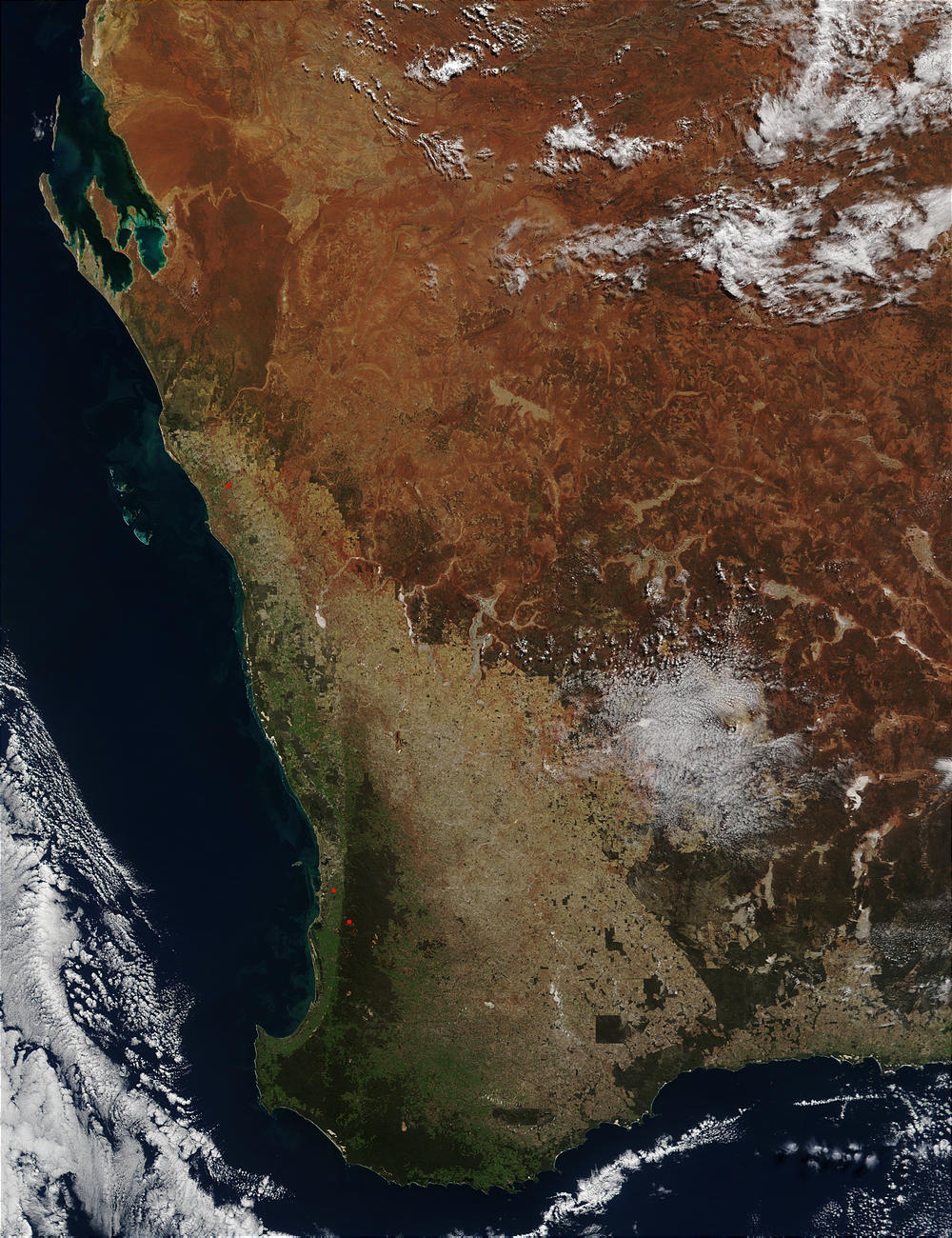 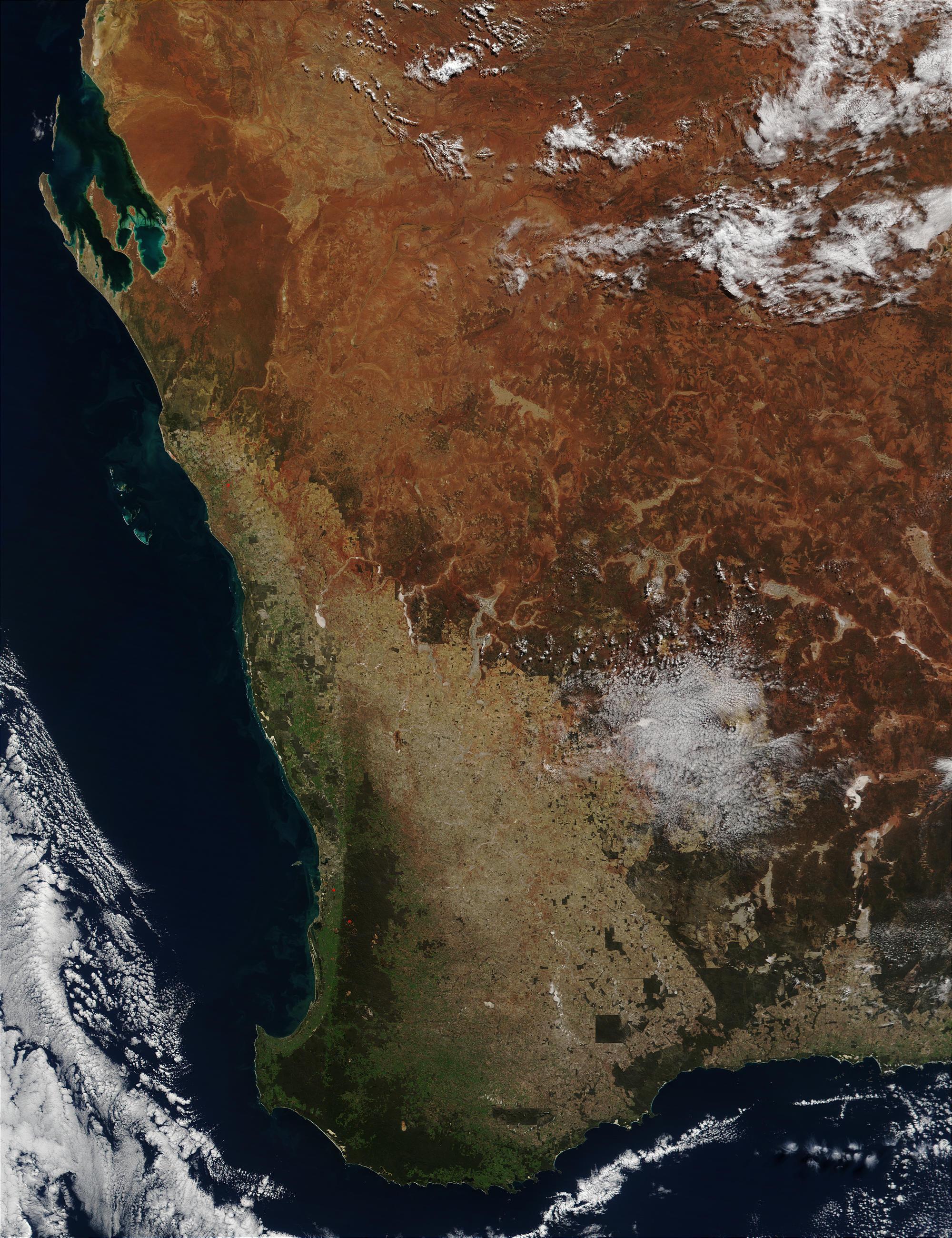 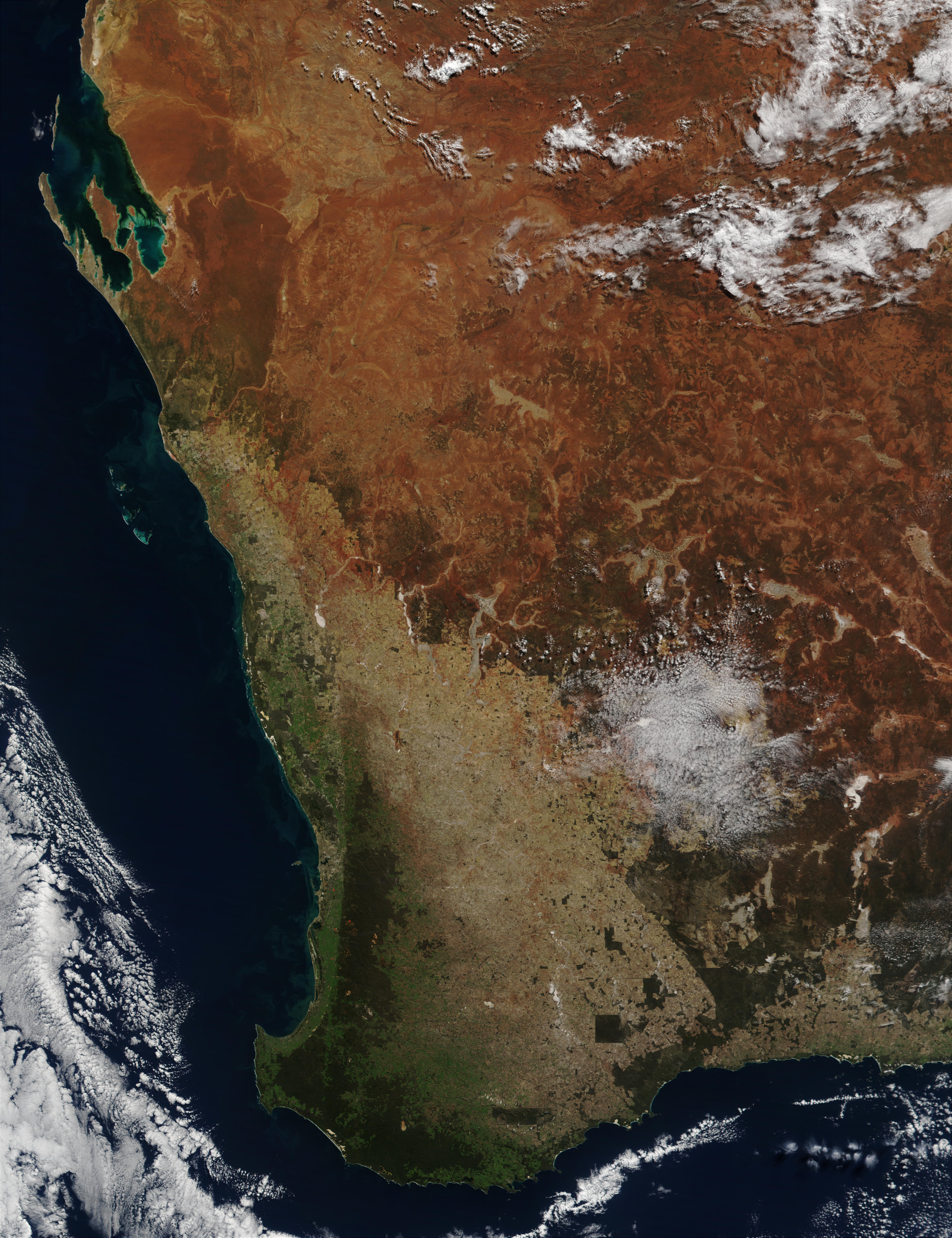 Western Australia is a land of fantastic contrasts. From the desert of the interior, the terrain gives way to forests in the southwest. Although deforestation is clearly apparent, several dark green shapes to the southwest of the region mark the location of nature reserves and parks meant to protect some of the remaining old-growth forests. In February 2001, the government banned logging in nearly 99 per cent of the remaining old-growth forest,about 340,500 hectares, and is looking for ways to meet future wood production needs through regrowth alone.At top left, the W-shaped Bay is Shark's Bay, a hypersaline environment that is currently the best known place in the world to see stromatolites. Except for a modest area along the coasts that receive more moisture, much of western Australia is dry scrubland and savanna (top half of image), and to the east of where this image leaves off vast deserts dominate the interior. This image was acquired by MODIS on May 25, 2002.