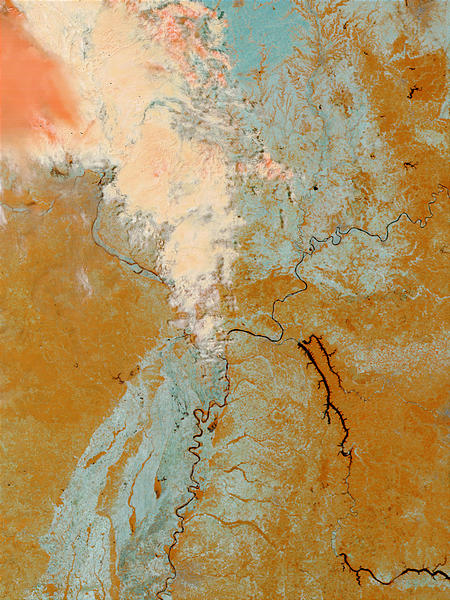 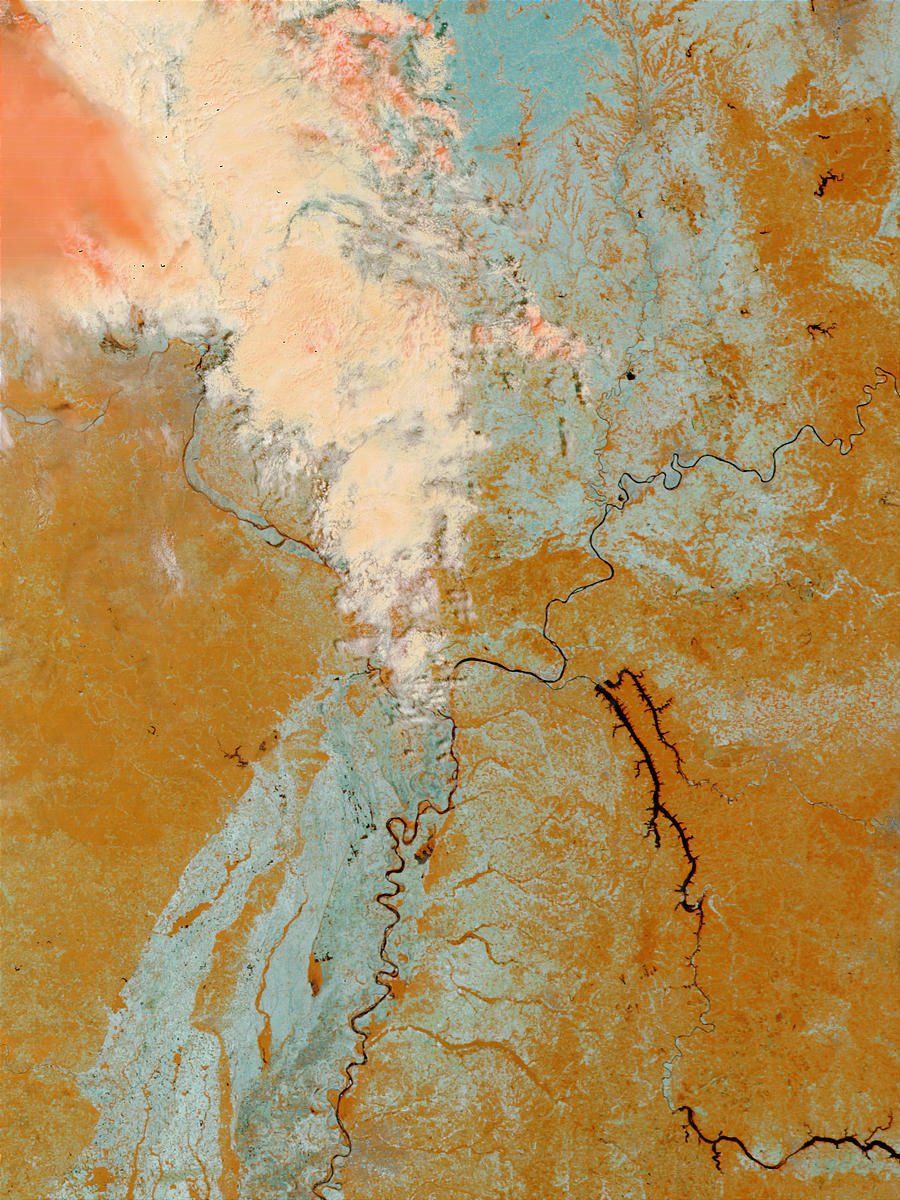 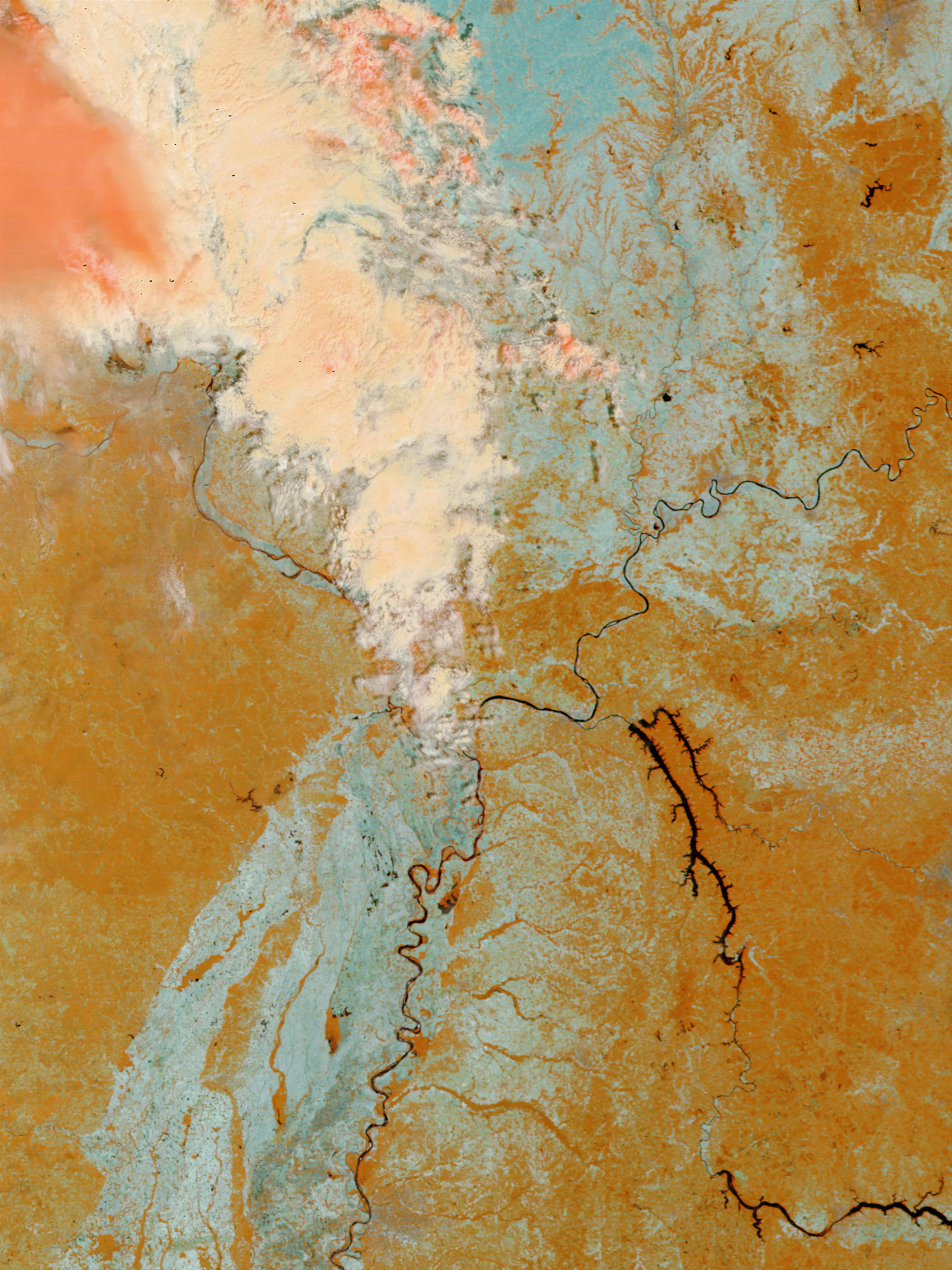 Junction of the Mississippi and Ohio Rivers

In mid-May 2002, heavy rains gave rise to floods all across the midwestern United States, killing 8 people and forcing many more from their homes. These false-color images show the junction of the Ohio River and the Mississippi River where the flooding was at its worst. The images were acquired by the Moderate-resolution Imaging Spectroradiometer (MODIS), flying aboard NASA’s Terra spacecraft a year before (May 13, 2001) and a month before (April 25, 2002) the flood, and then after th floods on May 18, 2002. The Mississippi River rose up to 12 feet above flood stage in the area shown here. Southeast Missouri and northern Arkansas, which are west of the great river, felt the brunt of the floods. Altogether, more than 50 counties in the state of Missouri reported flood damage. Farther north in Illinois, Gov. George Ryan declared the entire state a natural disaster area. Severe floods also occurred to the east in Kentucky, Ohio, and Indiana. Normally, all the rivers in this image would resemble thin black lines (left image). Though skies in the region are clear now, thunderstorms are forecast for later this week, and heavy rains could lead to continued flooding. In this false-color image, green shows land surface and black is water. The pinkish-white patches are clouds.