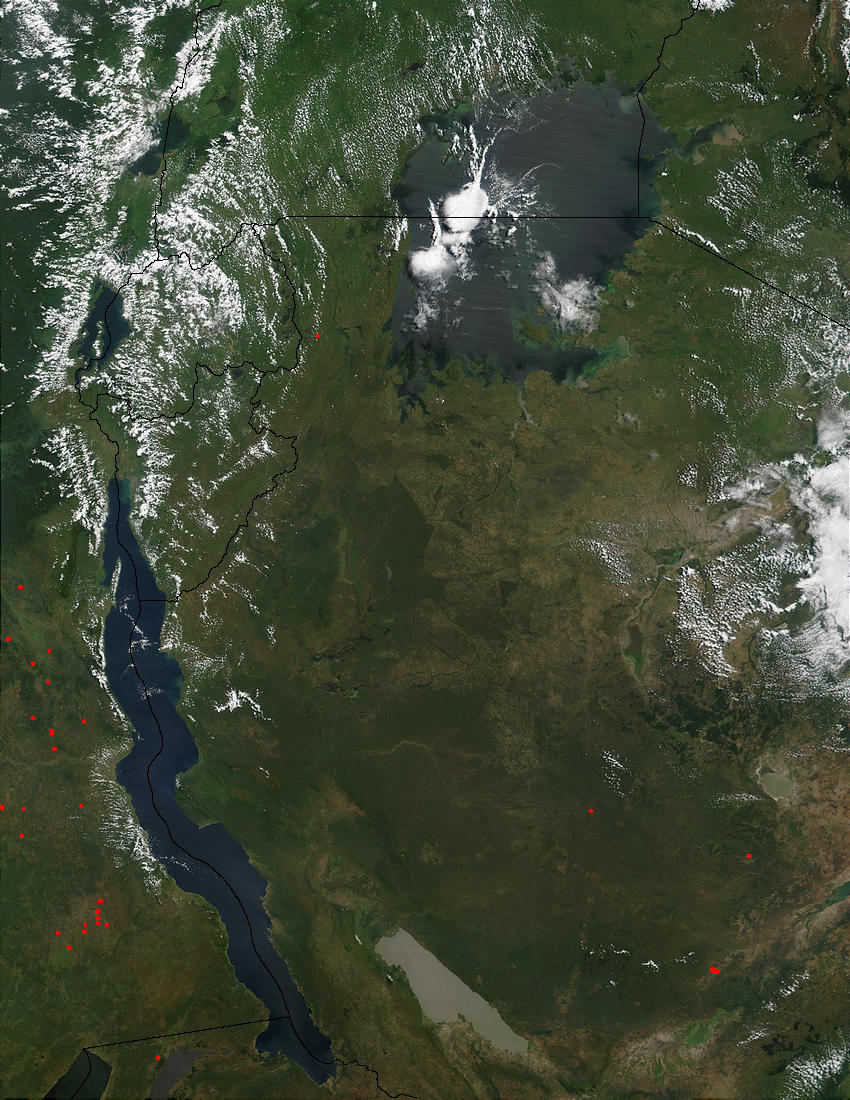 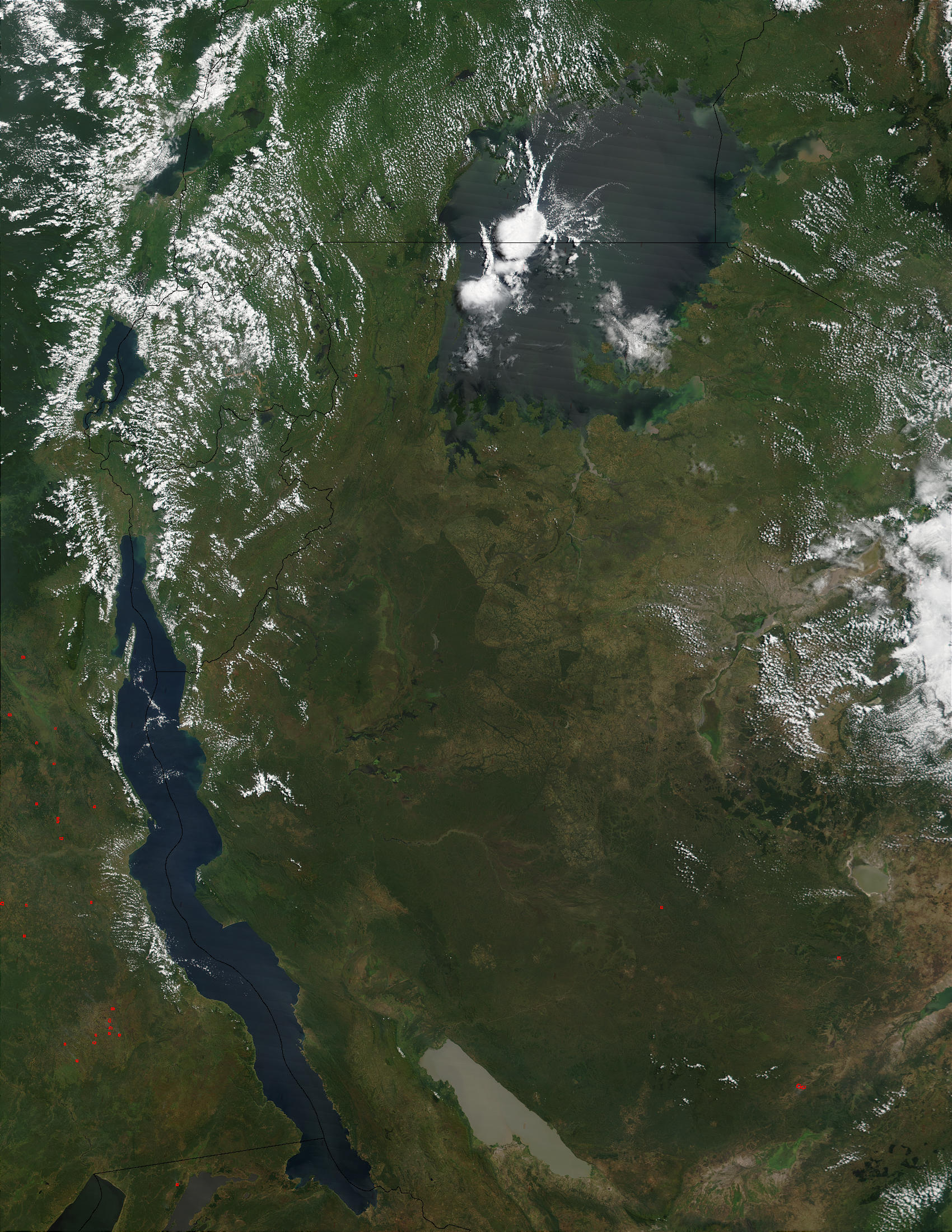 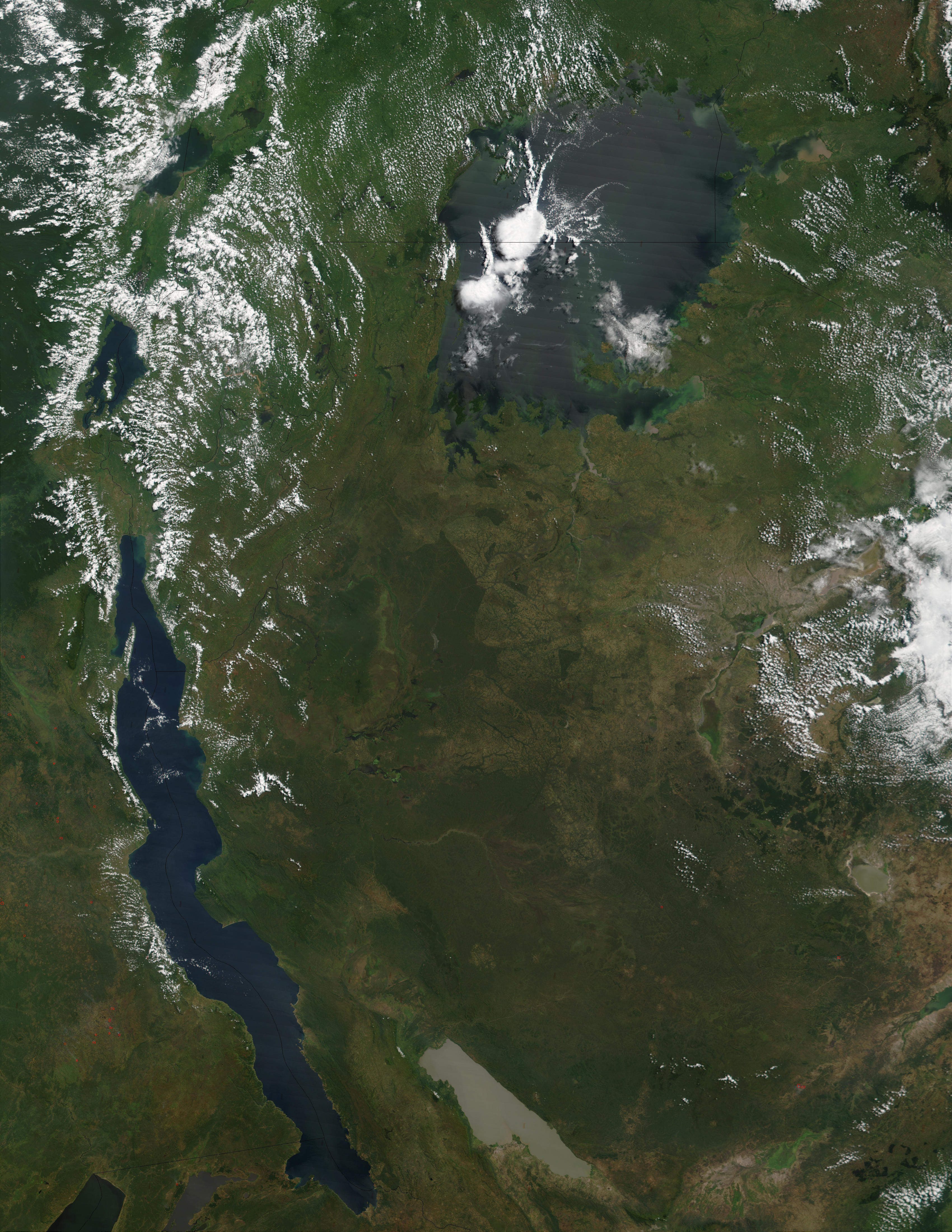 During the first two weeks of May, heavy, incessant rains pelted east Africa, giving rise to floods and mudslides that killed dozens of people and drove thousands from their homes. This series of true- and false-color images of Tanzania was acquired by the Moderate-resolution Imaging Spectroradiometer (MODIS), flying aboard NASA’s Terra spacecraft. Dramatic flooding can be seen in the plains of Tanzania due south of Lake Victoria--the large body of water at the top of the images. The images from February 22 and 24, 2002, show the area before the floods, while the iamges from May 13, 2002, shows the area after. While this is the rainy season in eastern Africa, the rainfall has been much heavier than usual. Meteorologists blame the extreme rainfall on higher than average temperatures in the Indian Ocean. Though Tanzania lost nine people to the floods, the damage and loss of life was far worse farther north. In Kenya, tens of thousands of people have been driven from their homes, and in Rwanda, nearly 50 people have lost their lives in mudslides and flooding. The rainy season doesn.t end until mid-June, so flooding could become even worse. In these false-color images, green shows land surface and black is water. The pinkish-white patches are clouds.