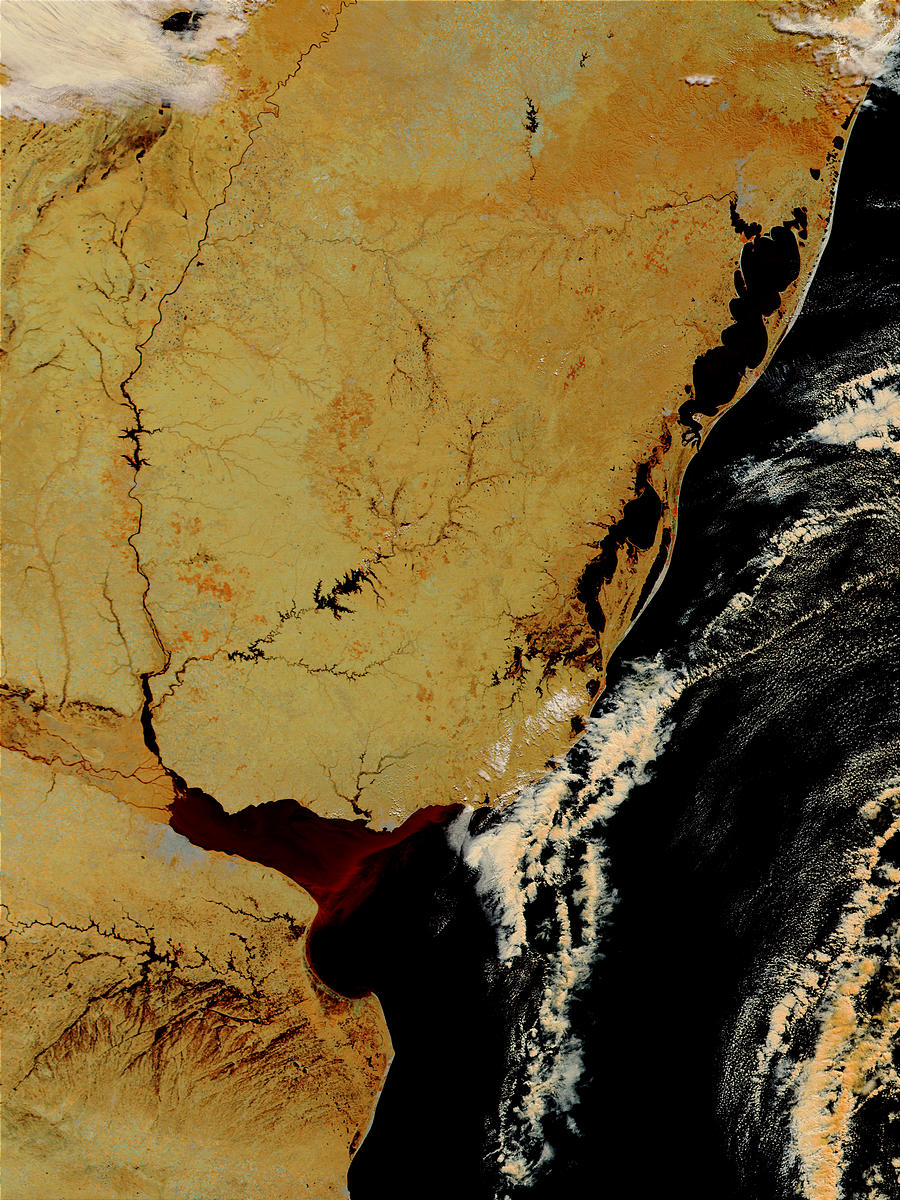 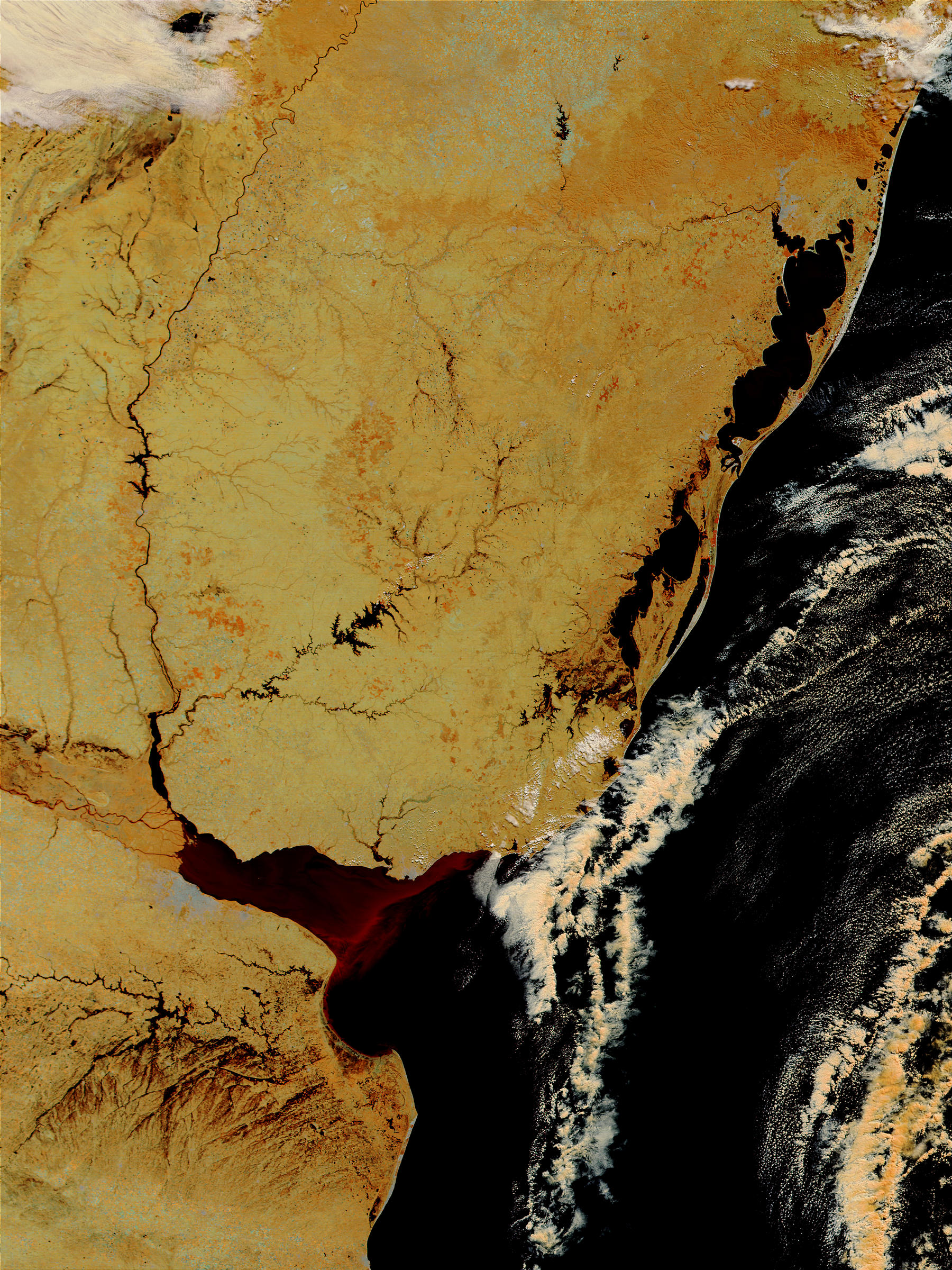 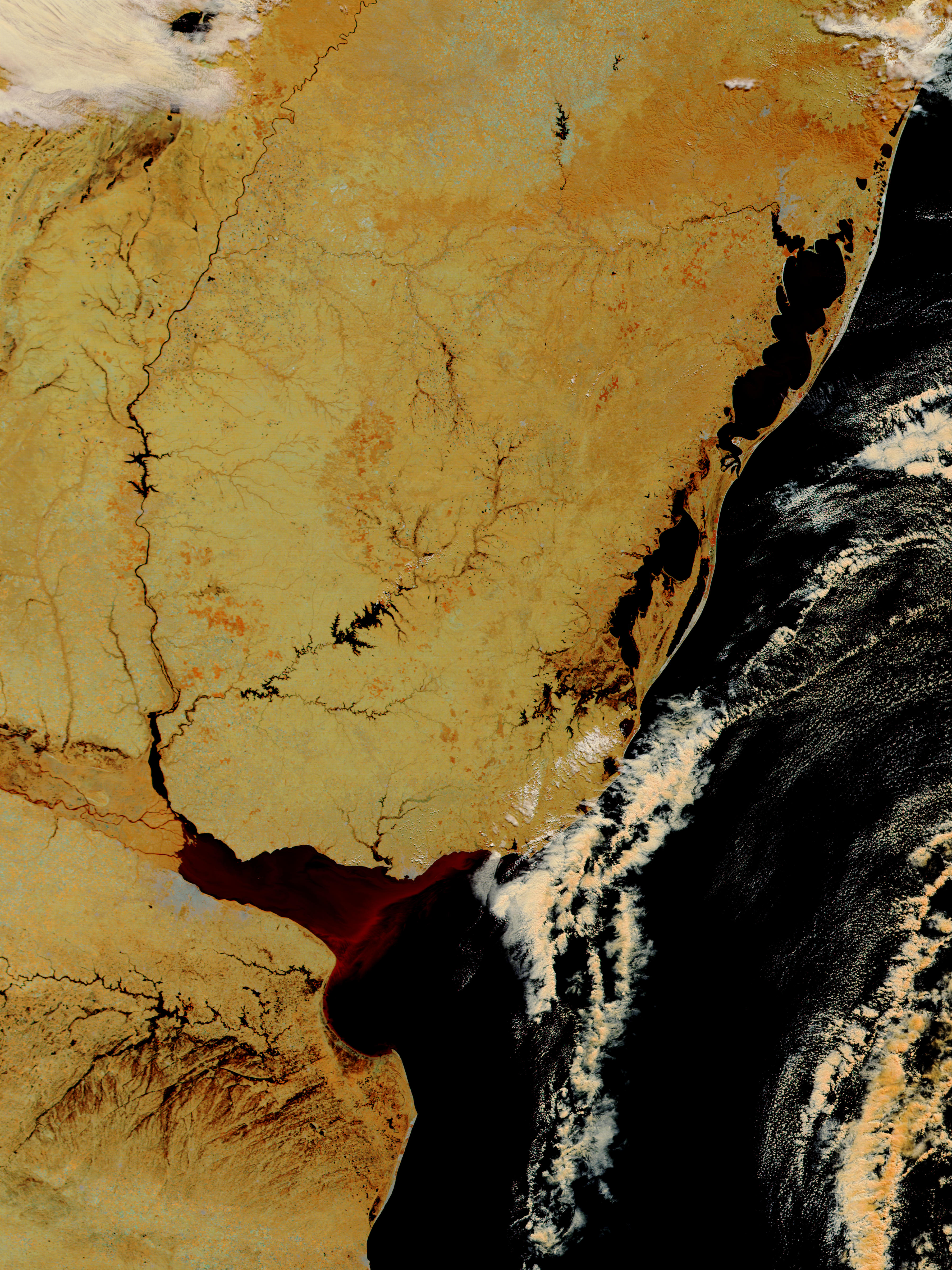 Above average rains over the past two months have given rise to floods throughout Uruguay. These false-color images of the areas before and after the flood were acquired on April 2 and 27, 2002, by the Moderate-resolution Imaging Spectroradiometer (MODIS), flying aboard NASA.s Terra spacecraft. Over 3600 hundred people have been evacuated from their homes in Uruguay, and many highways have been shut down. The large river running down the border between Uruguay and Argentina is the Uruguay River, and the spidery lake in the center of Uruguay is Lake Rincon del Bonete. Normally, the lake and its tributaries cover a much smaller area (April 2 image).In these false-color images, land surfaces are tan and beige and water is black. The pinkish-white patches are clouds.