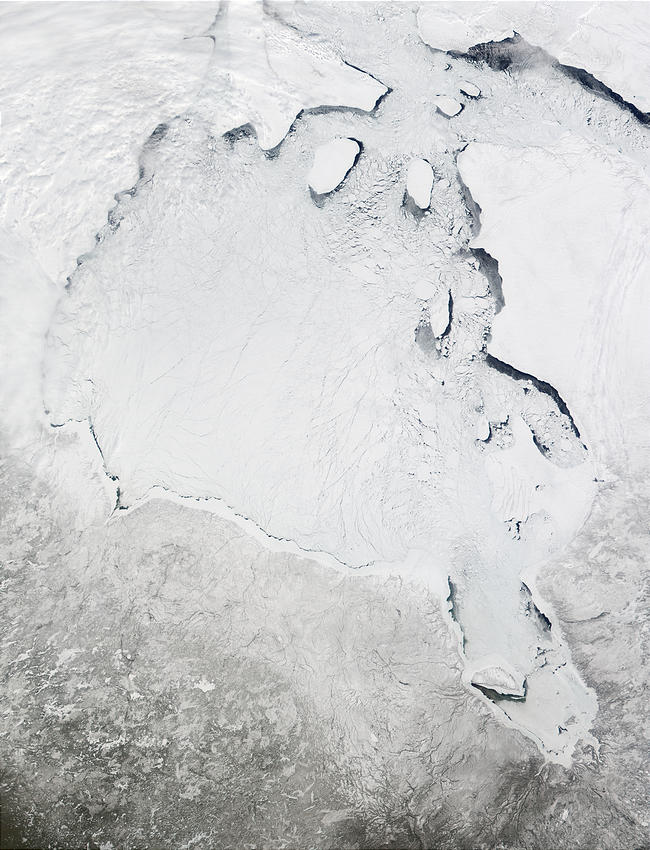 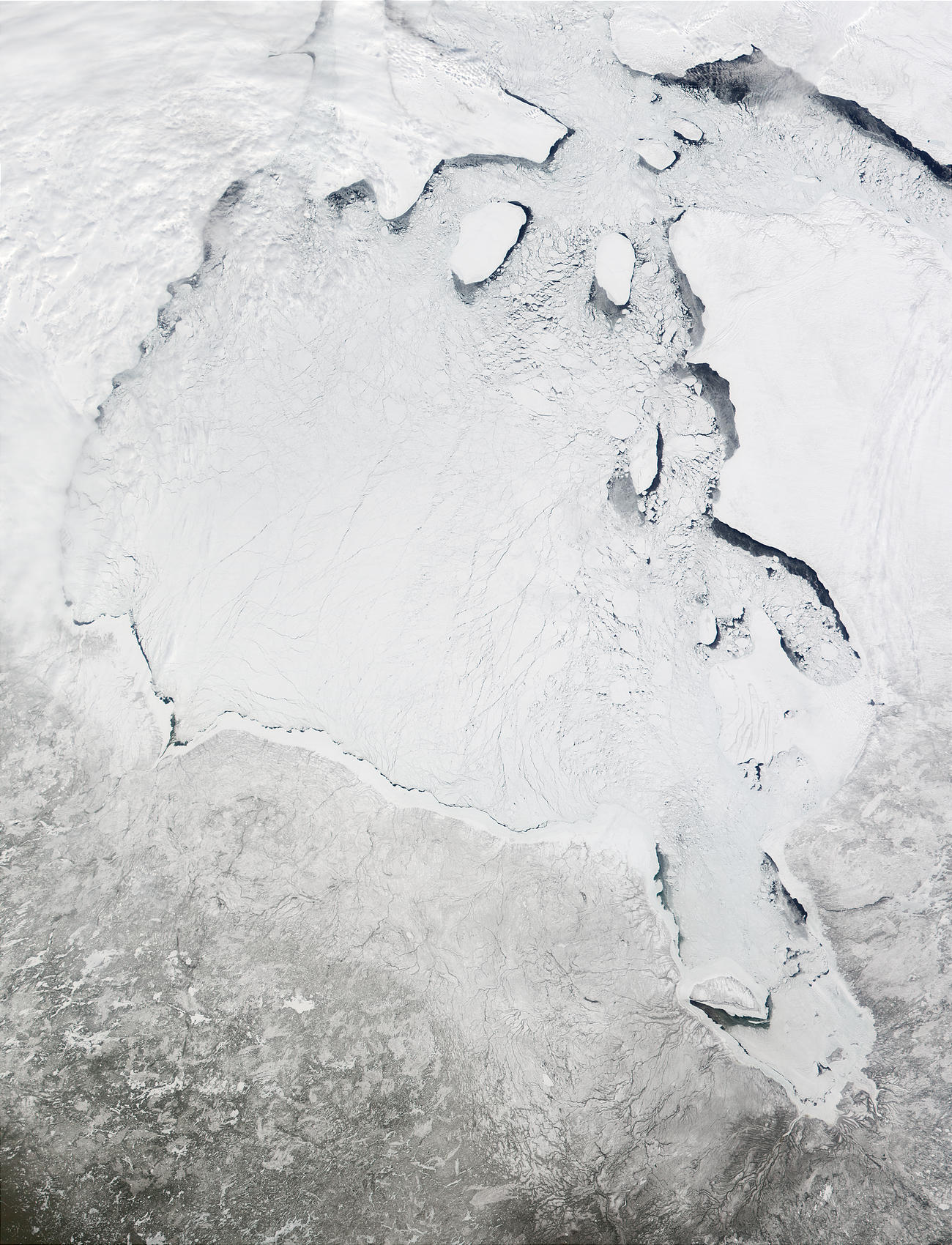 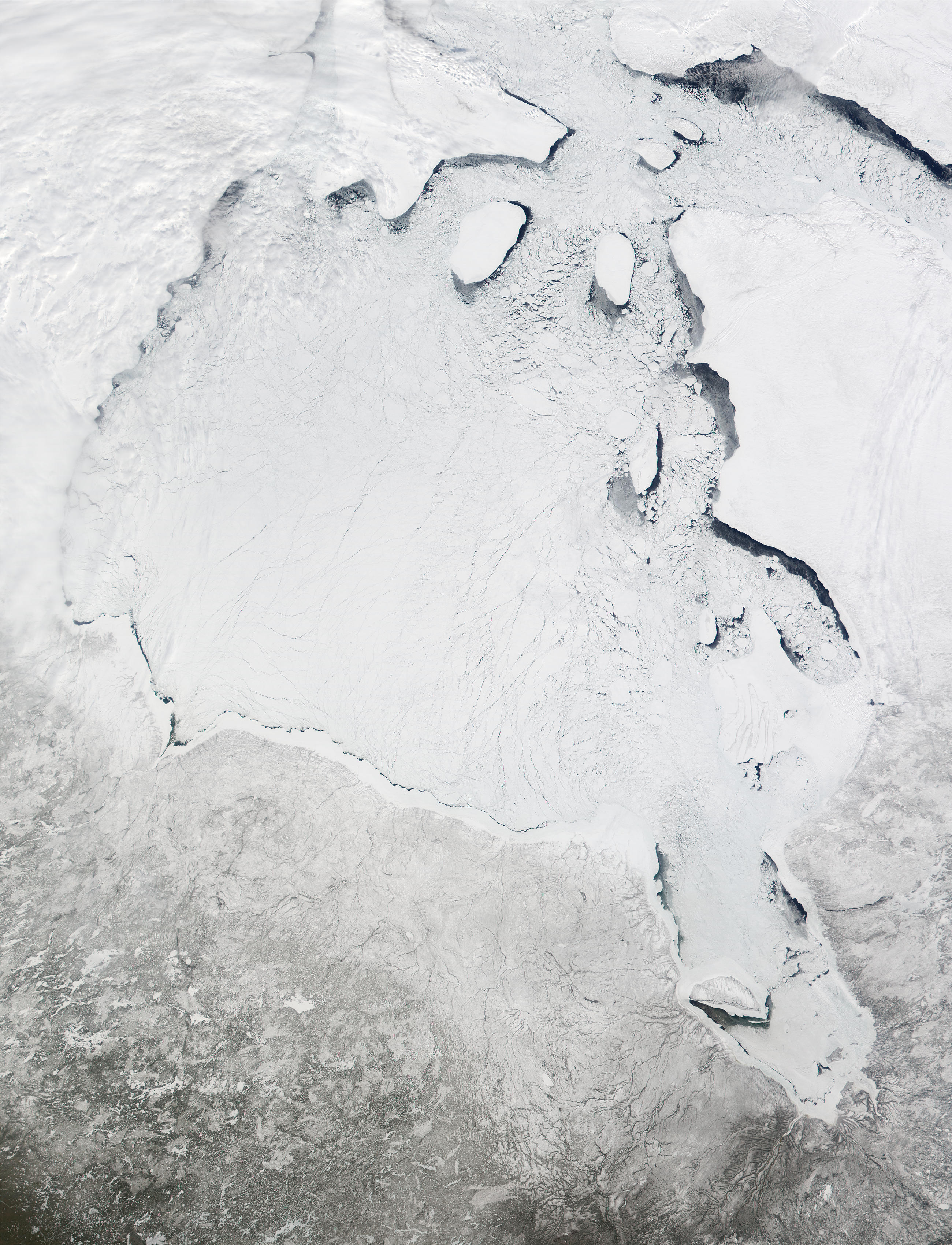 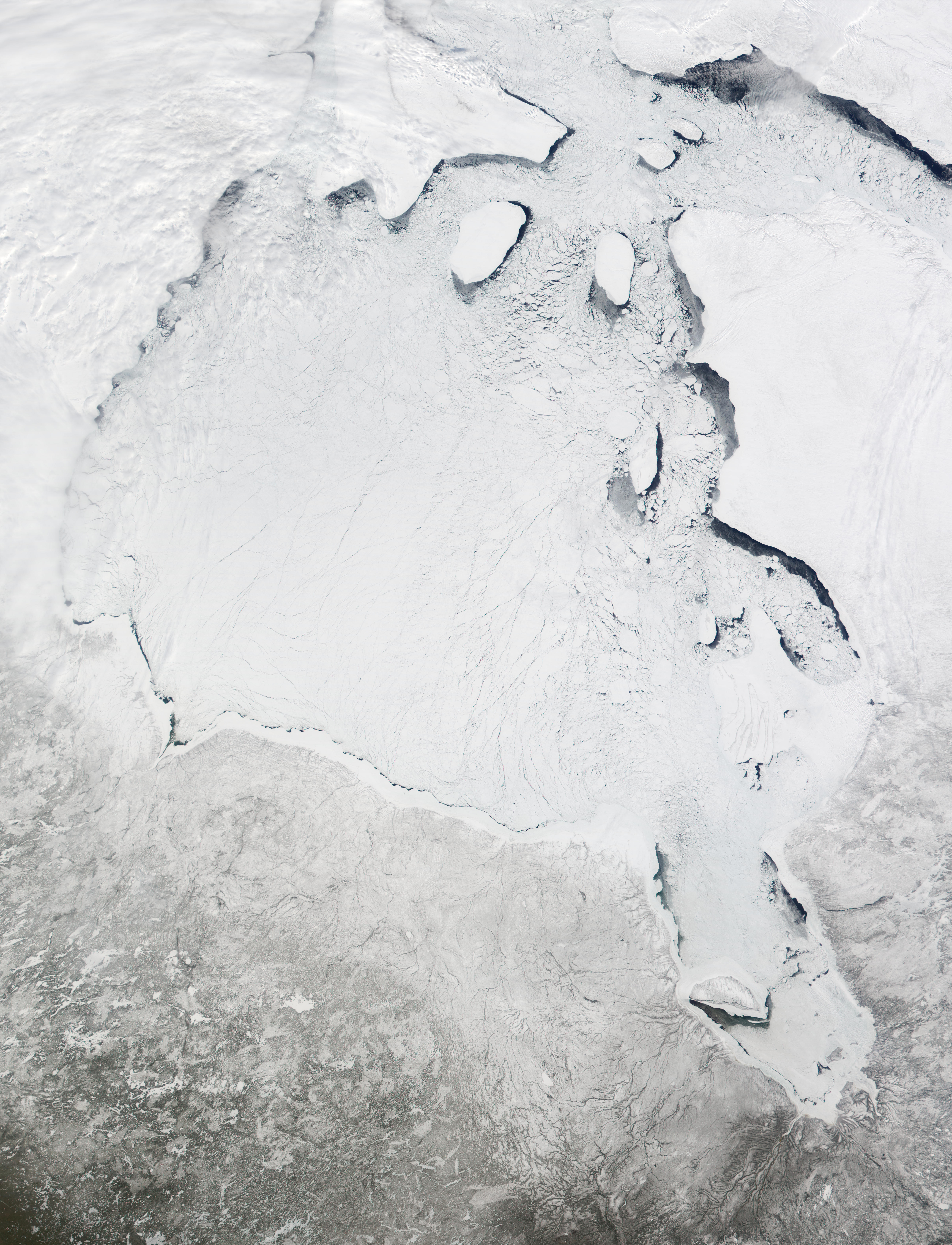 The ice in Hudson Bay, Canada, is only just beginning its spring thaw on April 21 and 28, 2002. These images were captured by the Moderate Resolution Imaging Spectroradiometer on NASA’s Terra satellite. The advancing spring has a long way to go thaw Hudson Bay and it southern extension, James Bay. The large inland sea, formed when glacial retreat allowed seawater to fill in the vast depression caused by the glaciers.