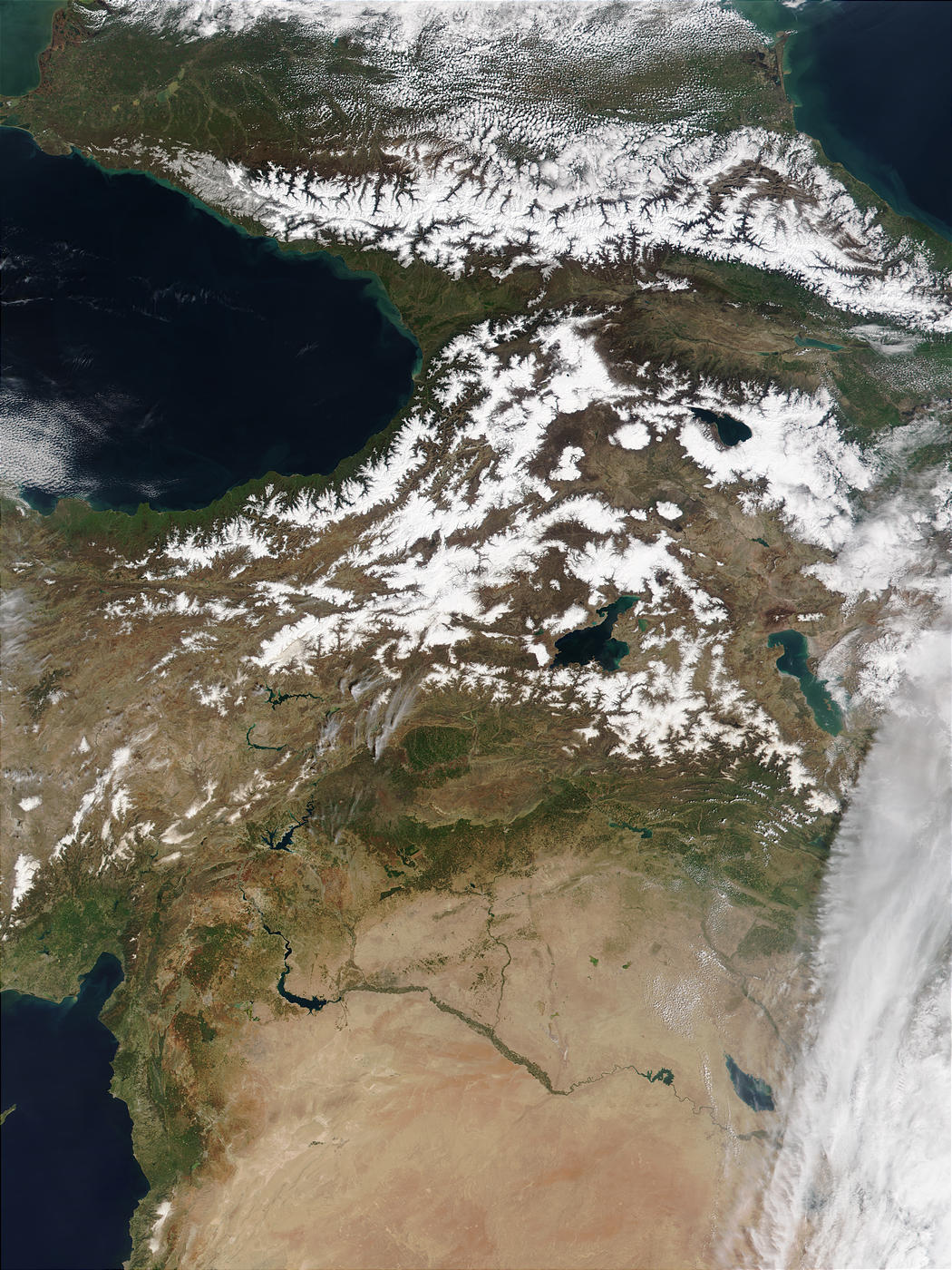 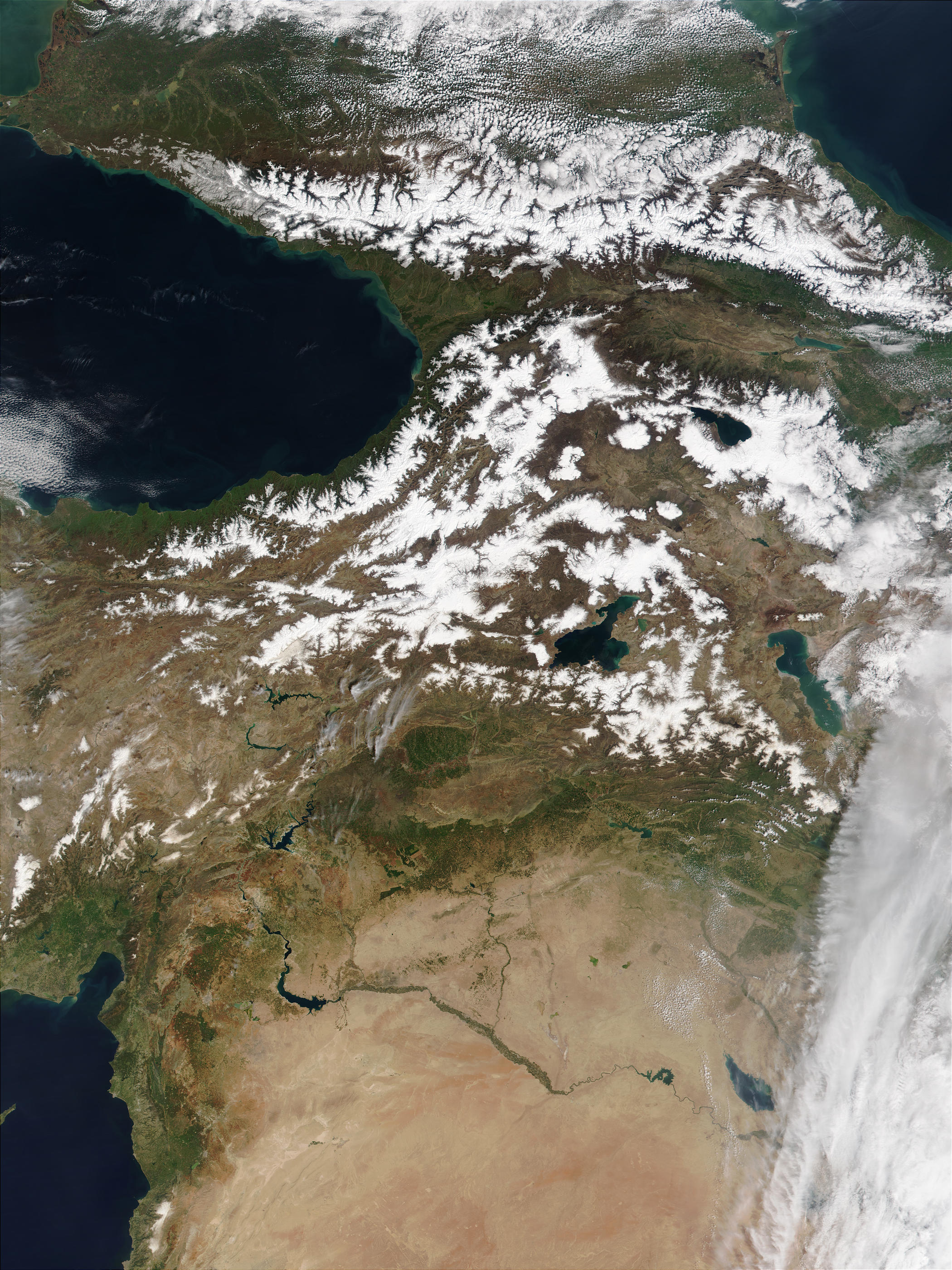 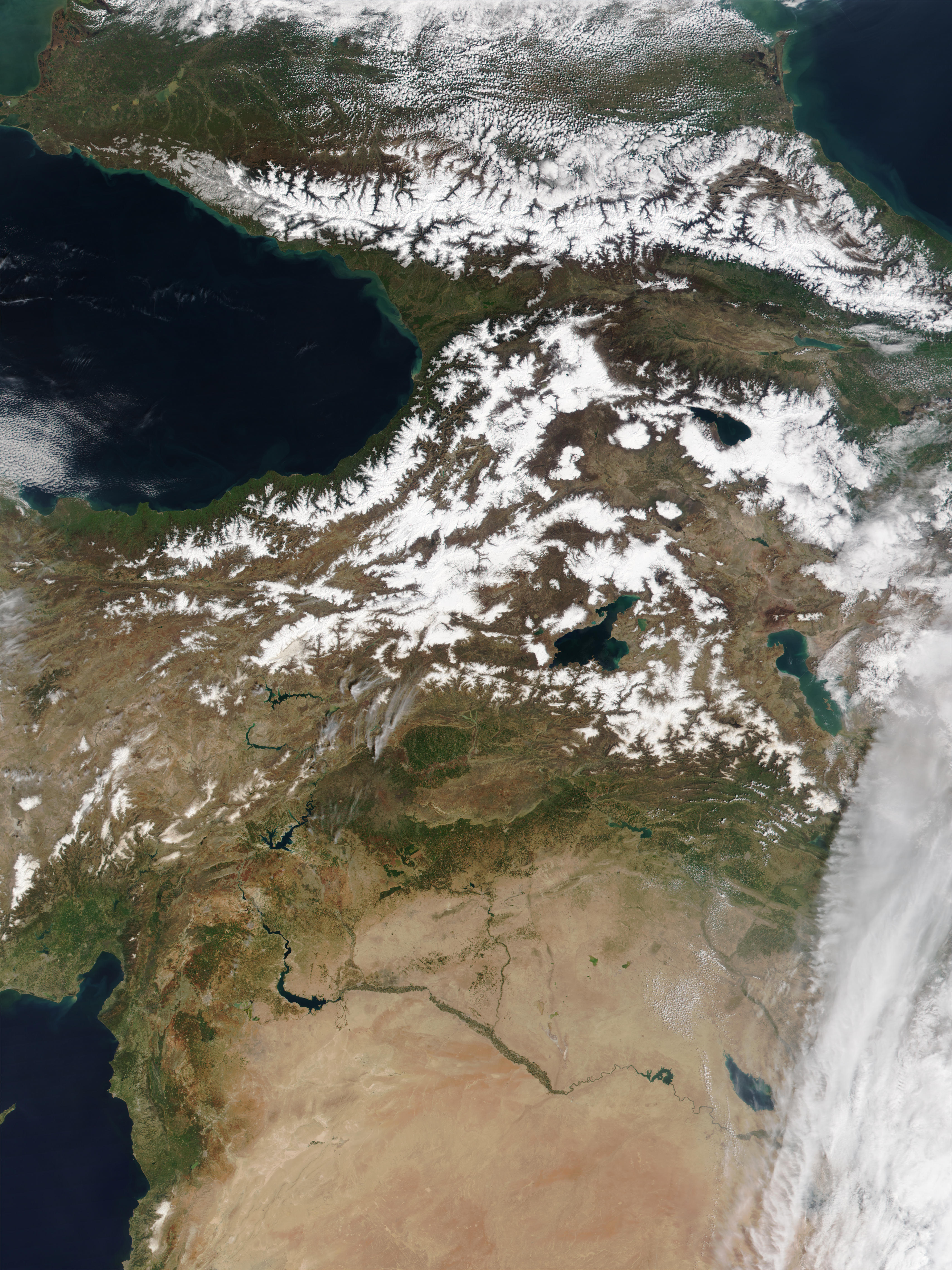 Running from the Black Sea in the western part of the image to the Caspian Sea at right, the snow-covered Caucasus Mountains separate Russia (north) from Georgia (south). Central Georgia has some lowland areas, but farther south the terrain climbs again to the Lesser Caucasus. Also visible in the image is the Euphrates River, cutting a green path across the deserts of Syria and Iraq. This image is from MODIS on April 11, 2002.