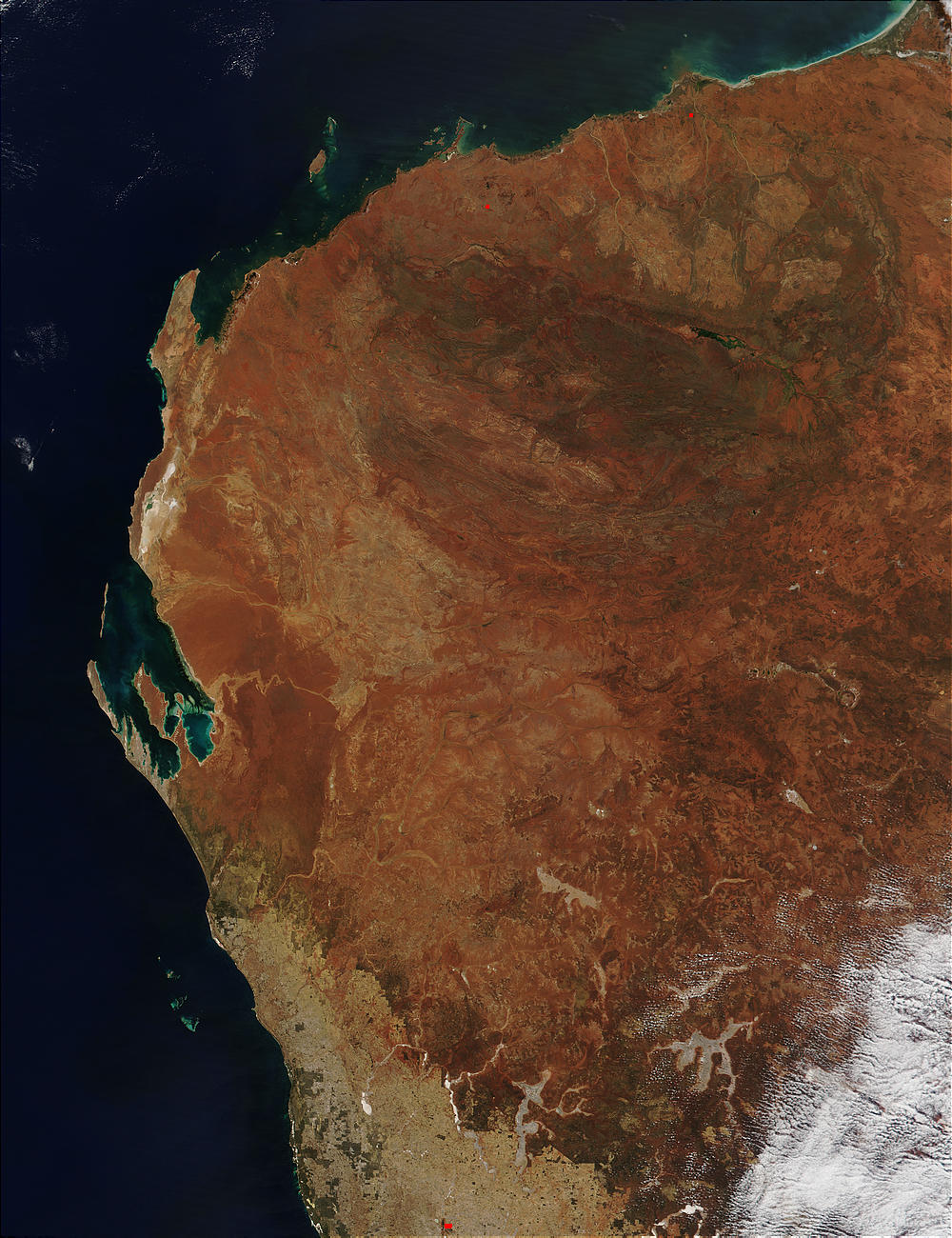 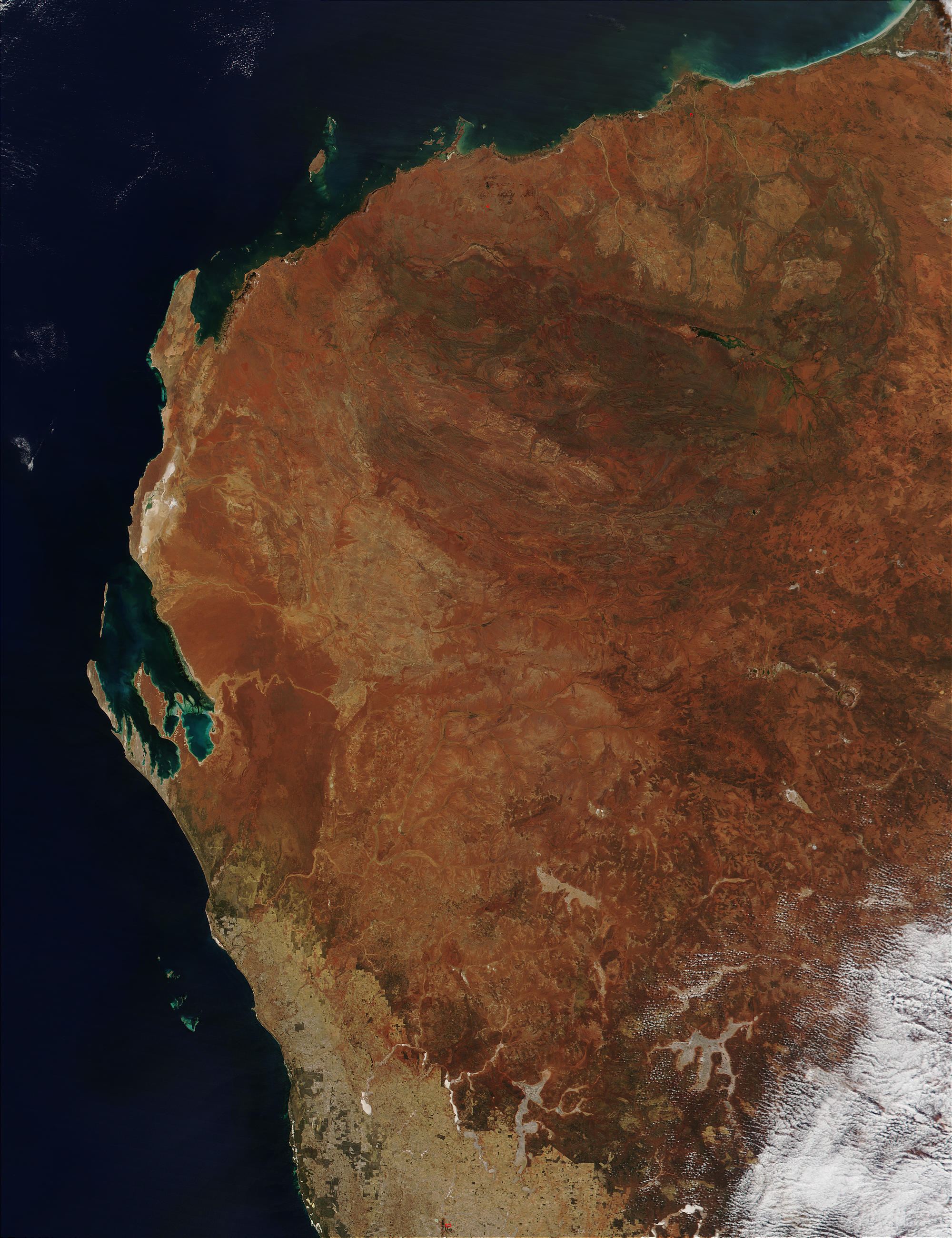 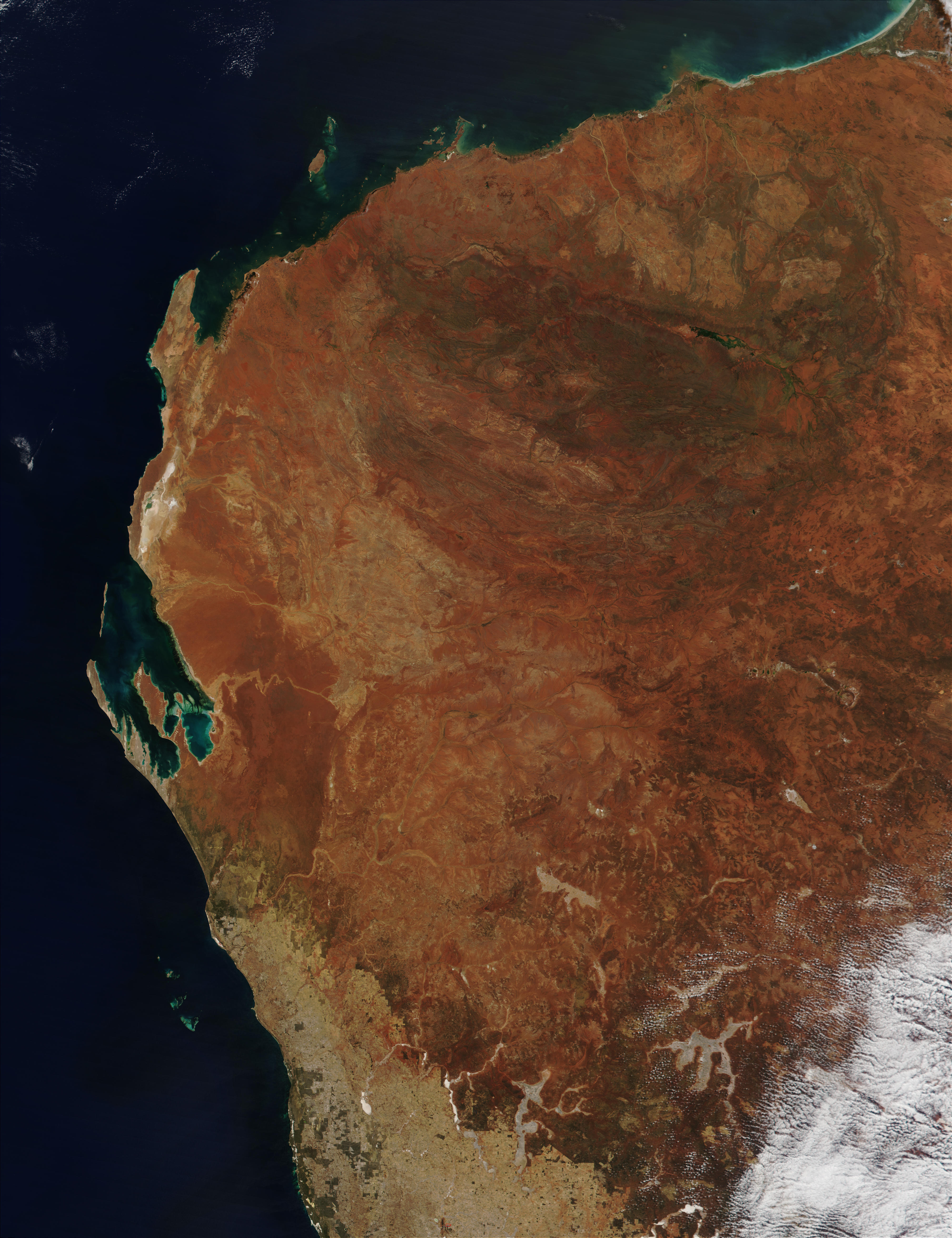 This striking true-color image of the Western Australia state was compiled from data acquired by the MODIS sensor on April 5, 2002. Australia is a land known for its striking scenery - from its red deserts to its spectacular coasts to its rich agricultural regions. This image shows all three.