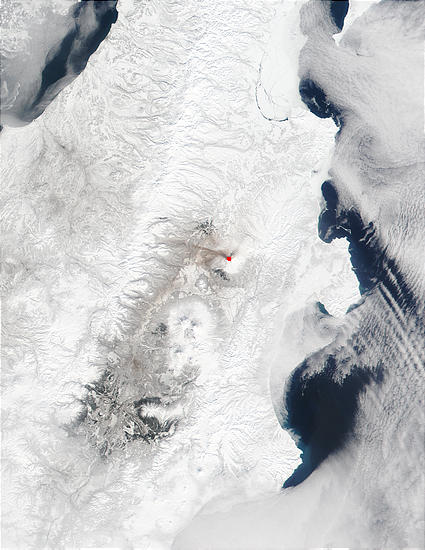 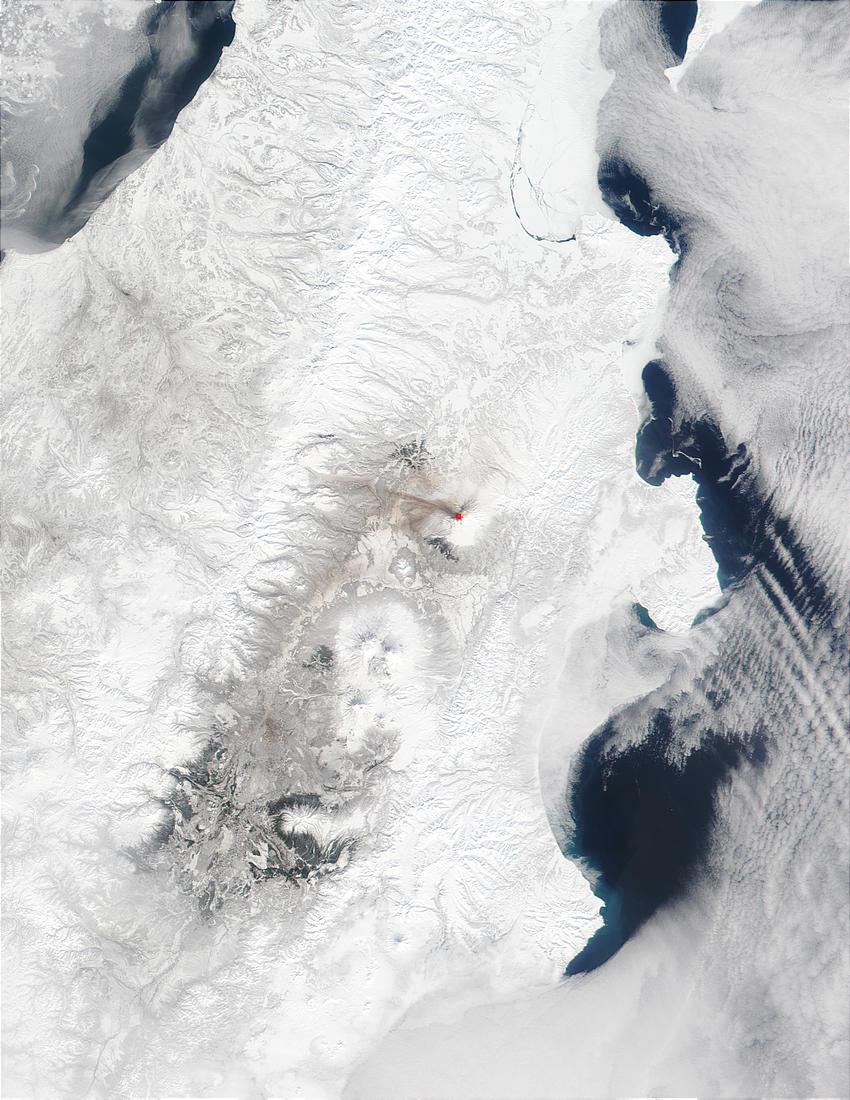 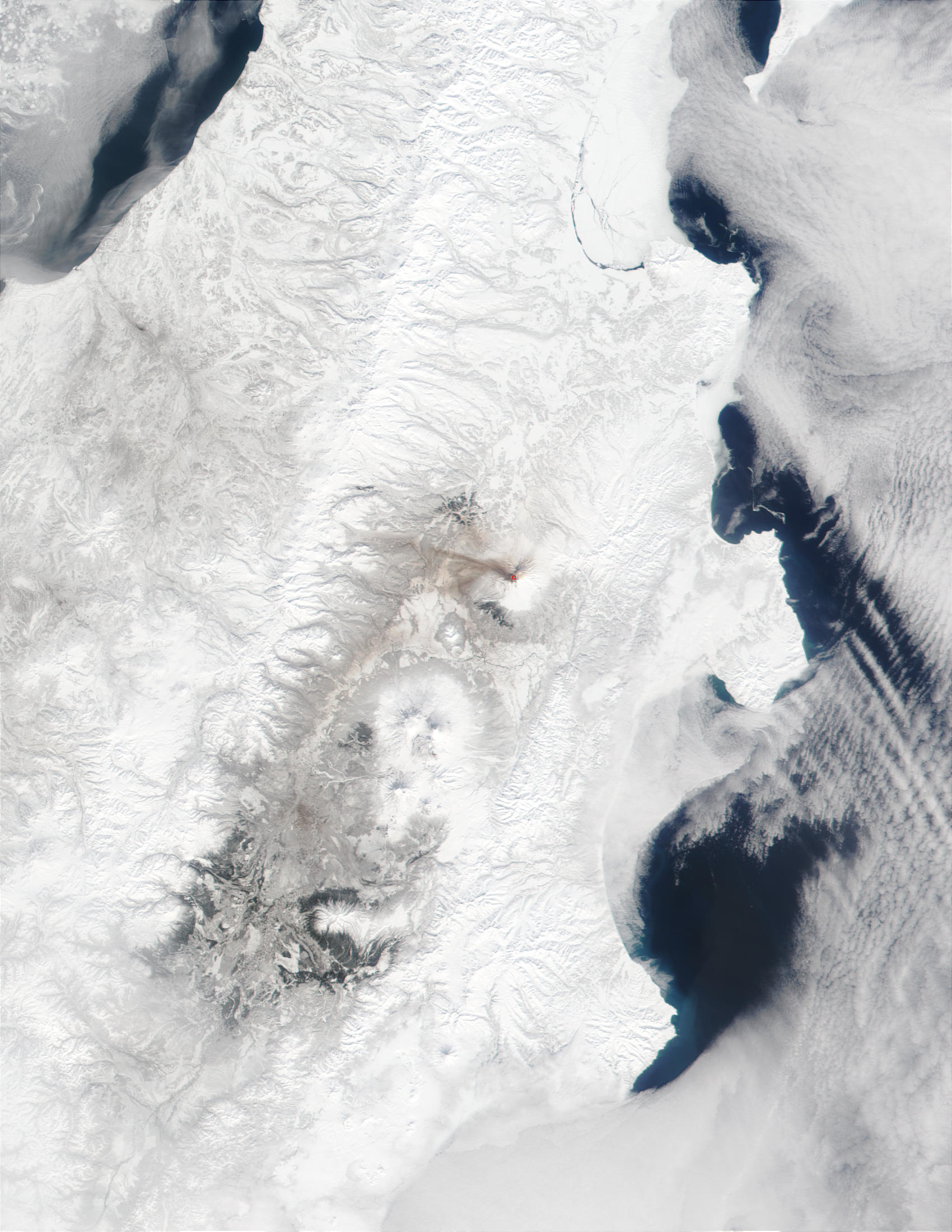 Unrest at Sheveluch Volcano continues. This image shows ash fall from recent small eruptions. A lava dome is growing in the active crater and at any time with little warning explosions could produce pyroclastic flows and ash plumes that could rise as high as 7-10 km (23,000-33,000 ft) above sea level, as well as localized ash fall.

This true-color image was acquired on April 10, 2002, by the Moderate-resolution Imaging Spectroradiometer (MODIS), flying aboard NASA’s Terra satellite.