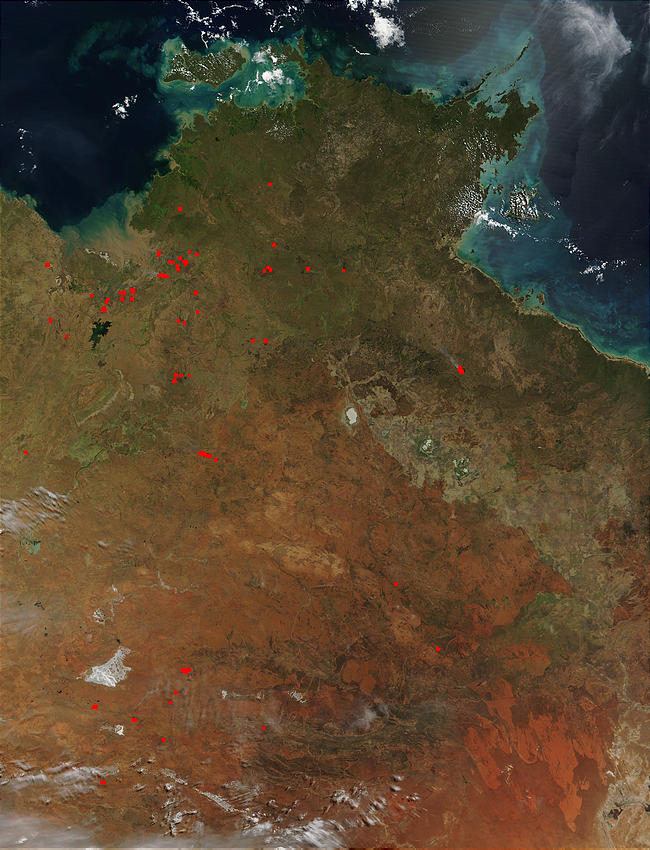 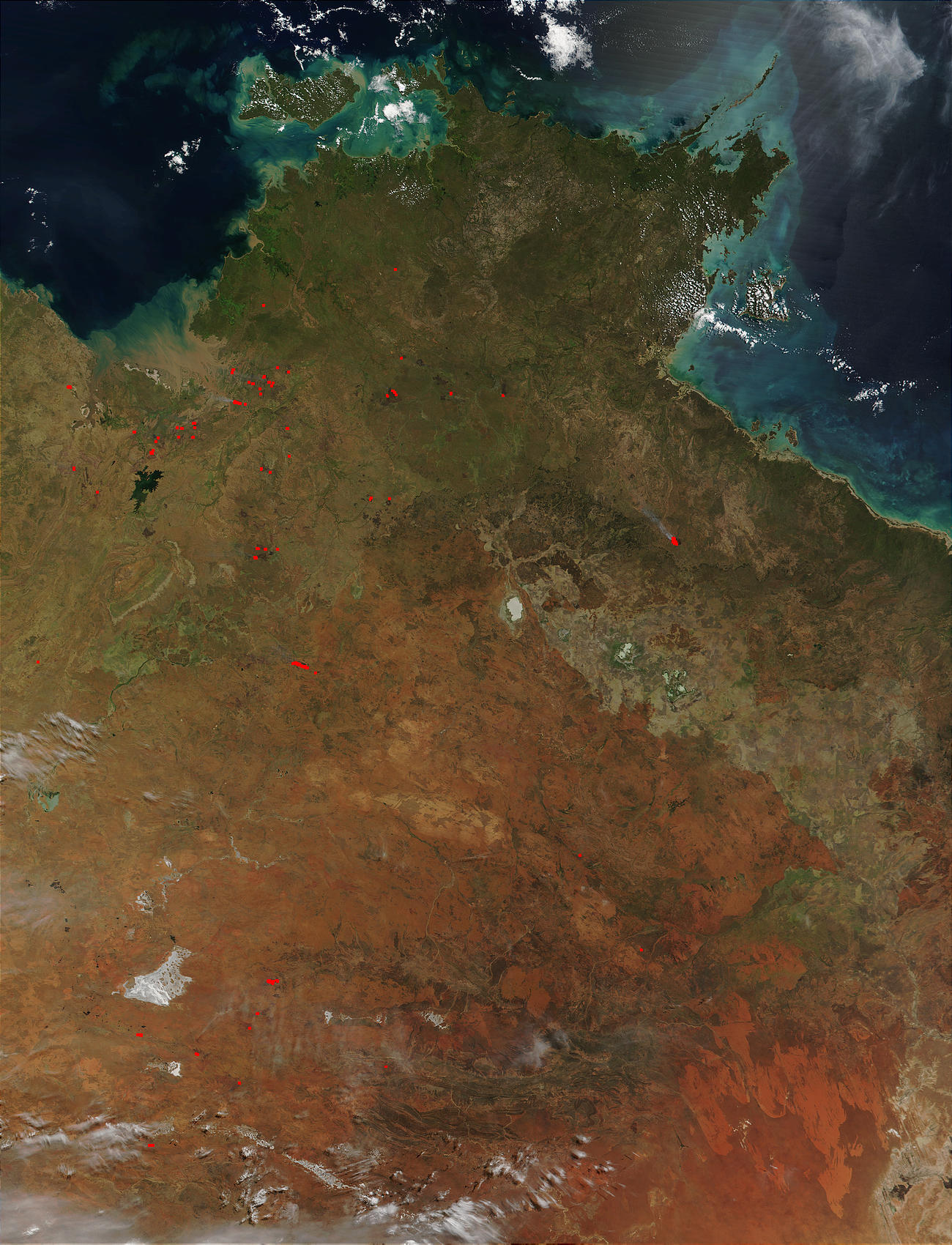 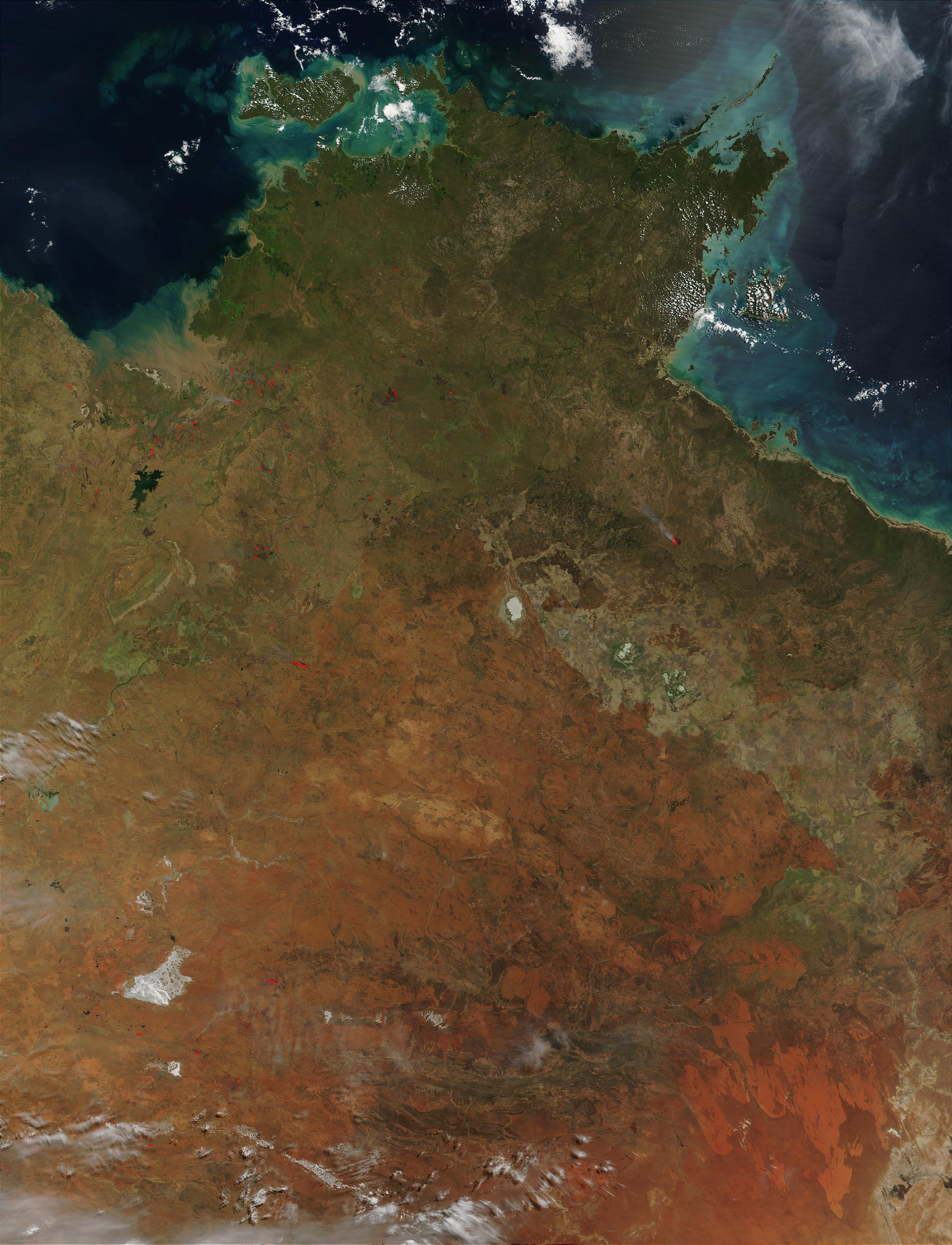 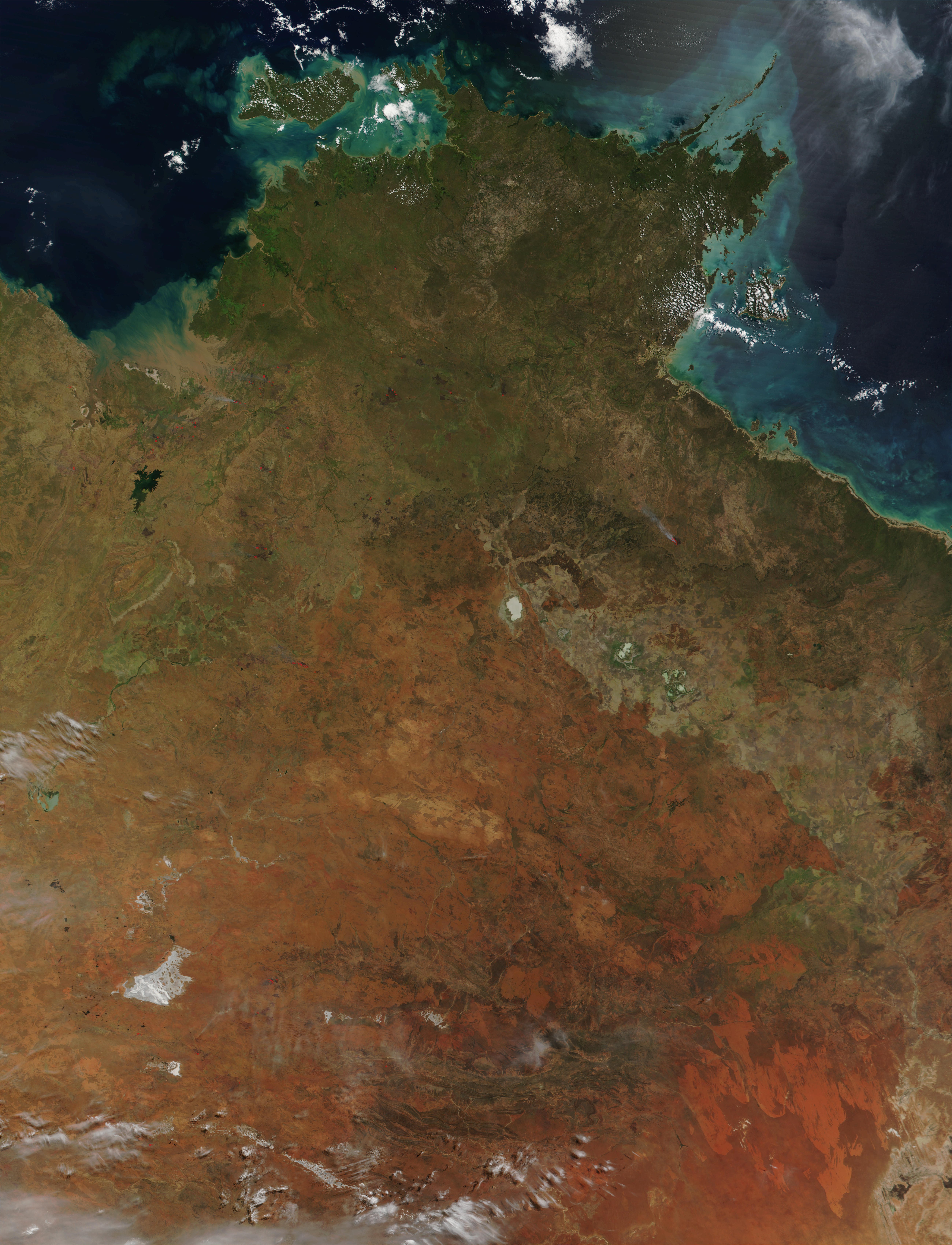 Bushfires continue in the Northern Territory and Western Australia regions. This image of fires (red dots) was acquired March 30, 2002 by the Moderate-resolution Imaging Spectroradiometer (MODIS) instrument aboard NASA’s Terra satellite. Also visible in the image is the Joseph Bonaparte Gulf (top left), which appears both blue and brown due to the presence of sediment in the water. The sediment is likely leftover from flooding in this area earlier in the month. At the top center of the image is Melville Island, and on the mainland across from it sits the city of Darwin, the Northern Territory’s largest city (see high-resolution image). At the bottom center of the image are the Macdonnell Ranges, appearing brown-black in the midst of the red earth. The Macdonnell Ranges and surrounding areas are the home to many Aboriginal lands and people.