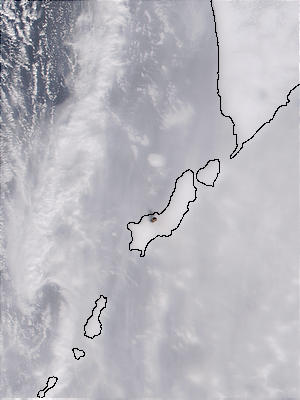 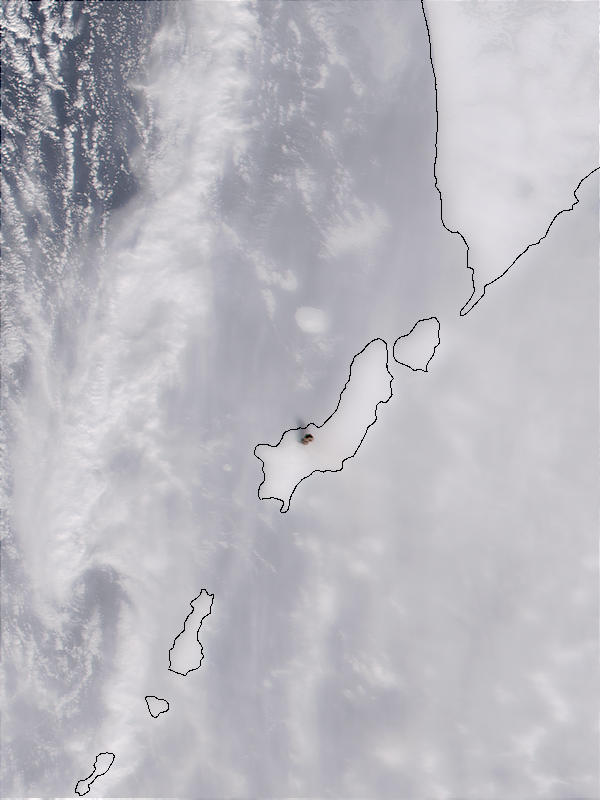 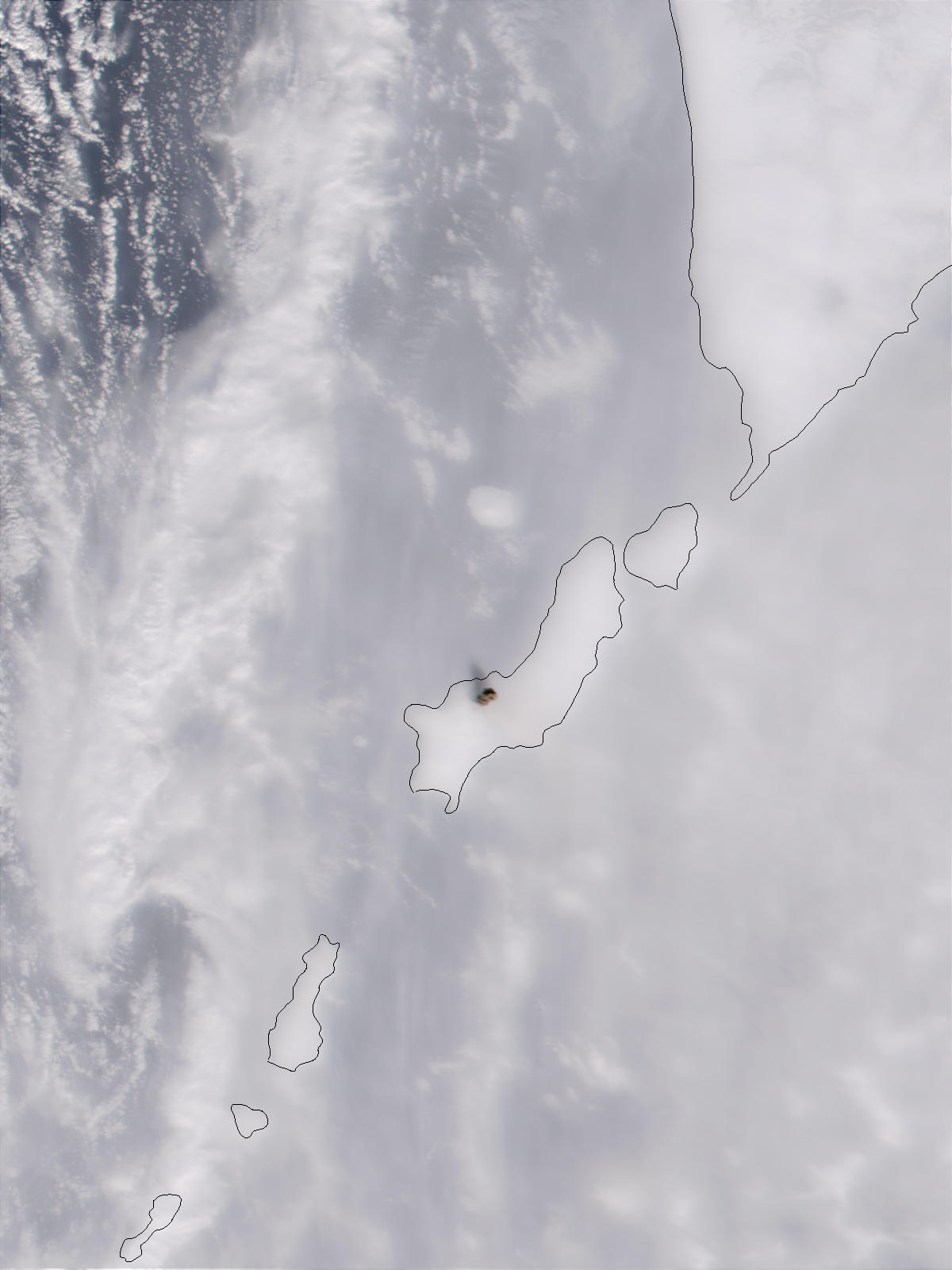 Off Russia's east coast, The Kuril Islands run in a southwesterly arc between the Kamchatka Peninsula and the northernmost island of Japan, Hokkaido. Located where the Pacific tectonic plate (covered by the Pacific Ocean) is being forced underneath the Eurasian tectonic plate (on which Russia, China, Japan, and Europe all sit), the twenty islands in the Kuril chain all have volcanoes in residence, 45 in all.

This true-color MODIS image of the southern tip of the Kamchatka Peninsula and the northern Kuril Islands shows the region shrouded in clouds, but roughly in the center of the image, a dark brown ash plume from the Chikurachki Volcano on Paramushir Island has punctured the cloud layer and casts its gray shadow to the northwest. Chikurachki began erupting on January 25. This image was made from data acquired on February 24, 2002.