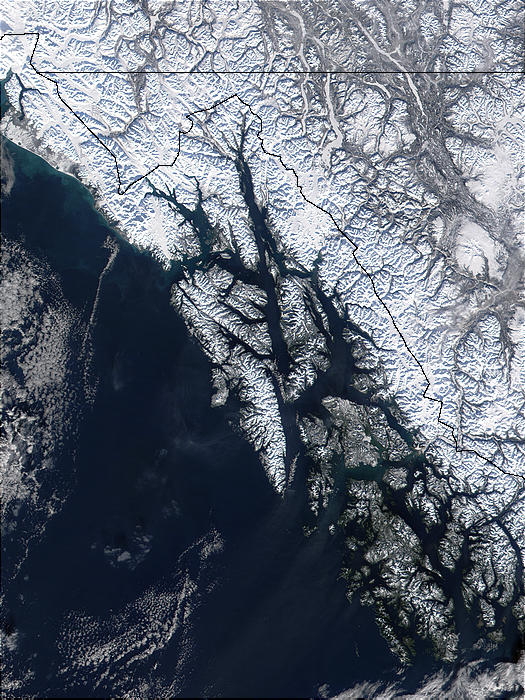 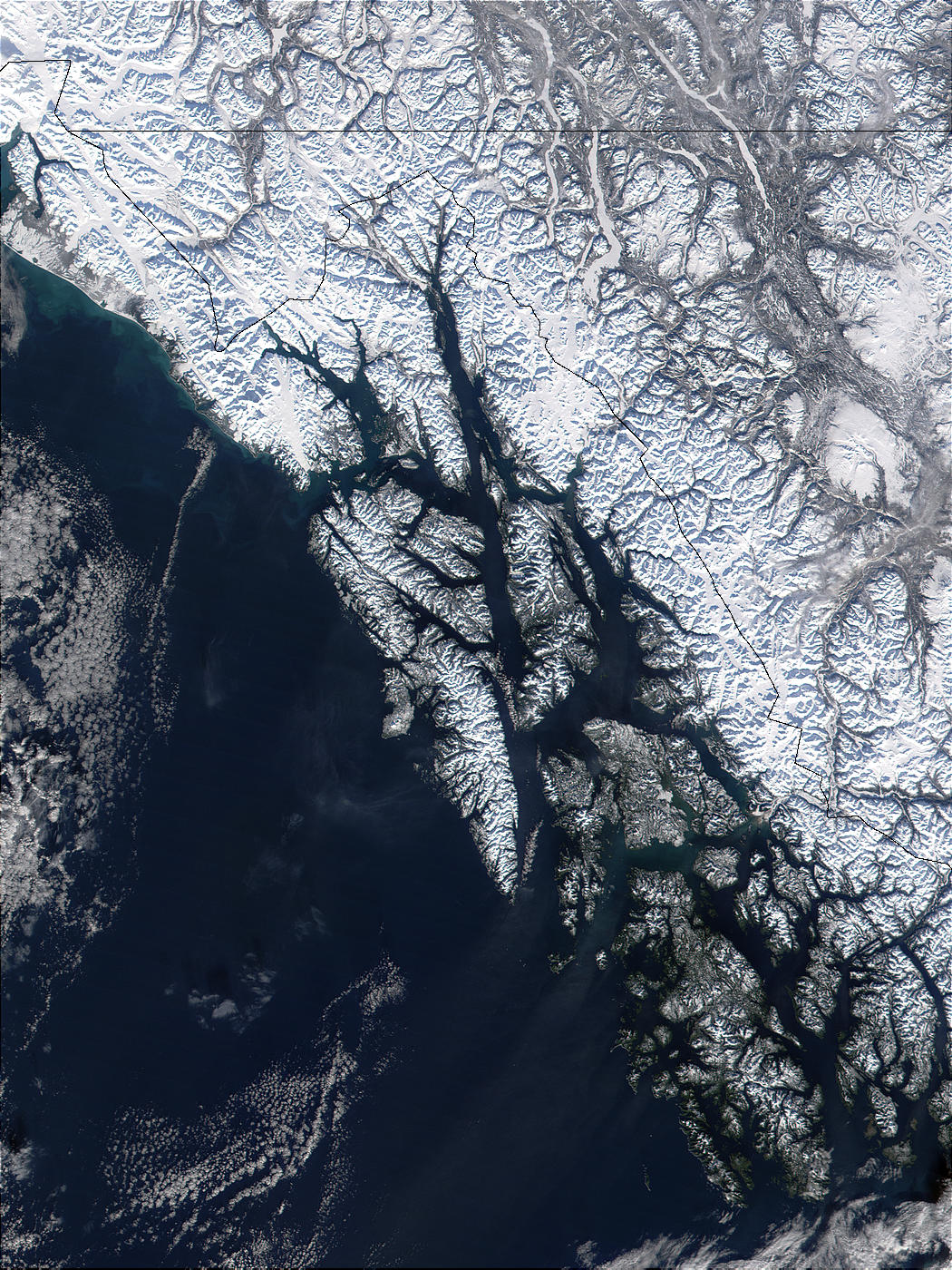 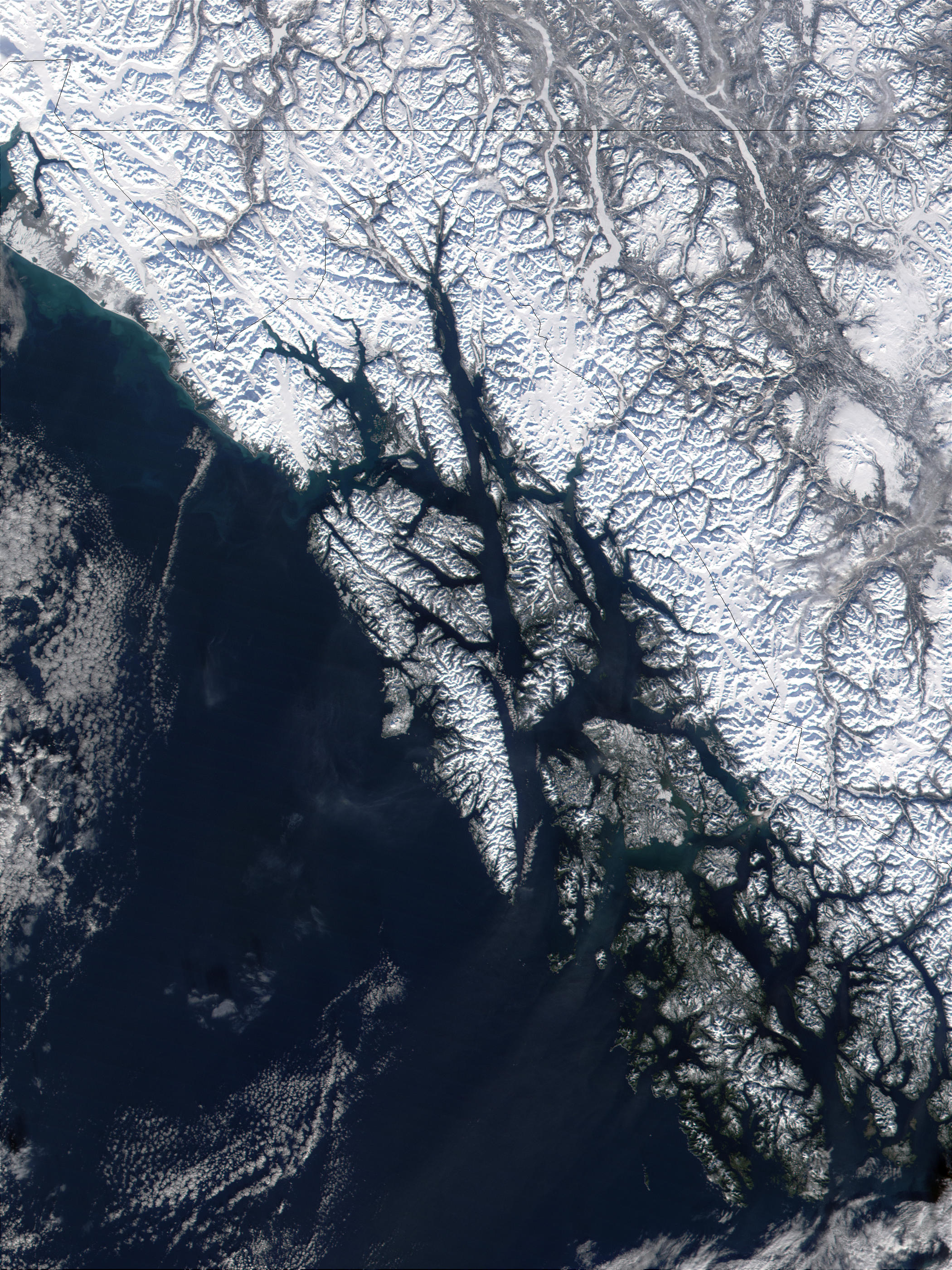 West of British Columbia, Canada, and south of the Yukon Territory, the southeastern coastline of Alaska trails off into the islands of the Alexander Archipelago. The area is rugged and contains many long, U-shaped, glaciated valleys, many of which terminate at tidewater. The Alexander Archipelago is home to Glacier Bay National Park. The large bay that has two forks on its northern end is Glacier Bay itself. The eastern fork is Muir inlet, into which runs the Muir glacier, named for the famous Scottish-born naturalist John Muir. Glacier Bay opens up into the Icy Strait. The large, solid white area to the west is Brady Icefield, which terminates at the southern end in Brady's Glacier. To locate more interesting features from Glacier Bay National Park, take a look at the park service map.

As recently as two hundred years ago, a massive ice field extended into Icy Strait and filled the Glacier Bay. Since that time, the area has experienced rapid deglaciation, with many large glaciers retreating 40, 60, even 80 km. While temperatures have increased in the region, it is still unclear whether the rapid recession is part of the natural cycle of tidewater glaciers or is an indicator of longer-term climate change. For more on Glacier Bay and climate change, read an online paper by Dr. Dorothy Hall, a MODIS Associate Science Team Member.