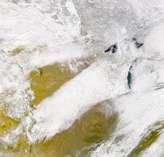 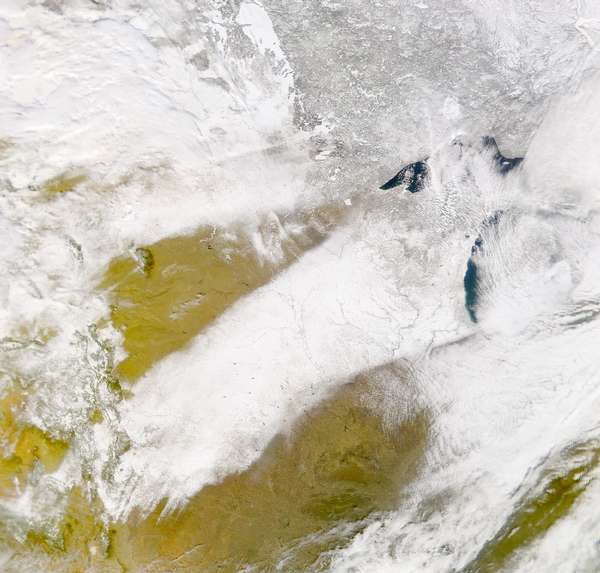 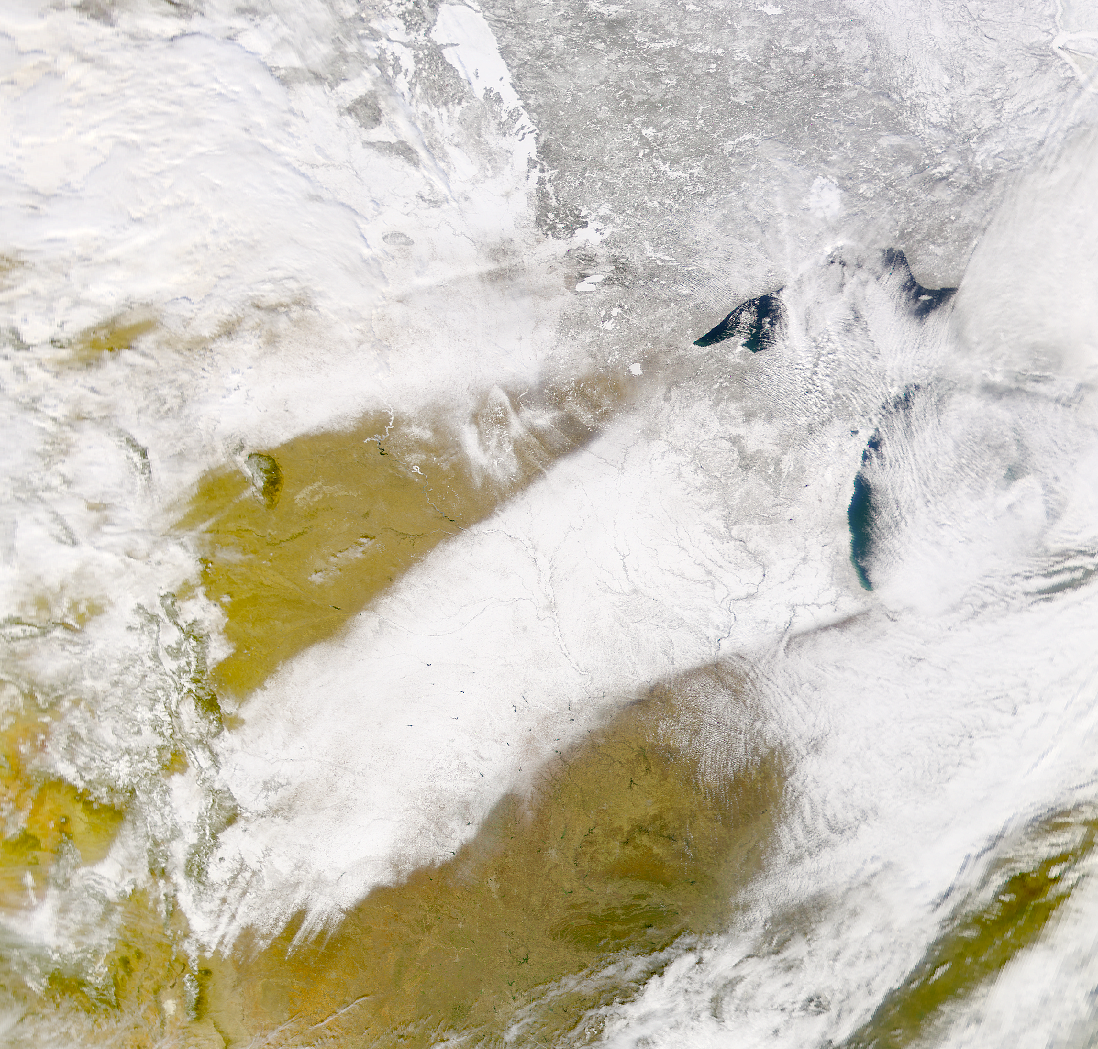 This SeaWiFS image of the midwestern United States shows a broad band of snowfall stretching from New Mexico northeastward to Michigan. The parallel white band farther to the southeast is cloud cover. This image was captured on February 1, 2002.