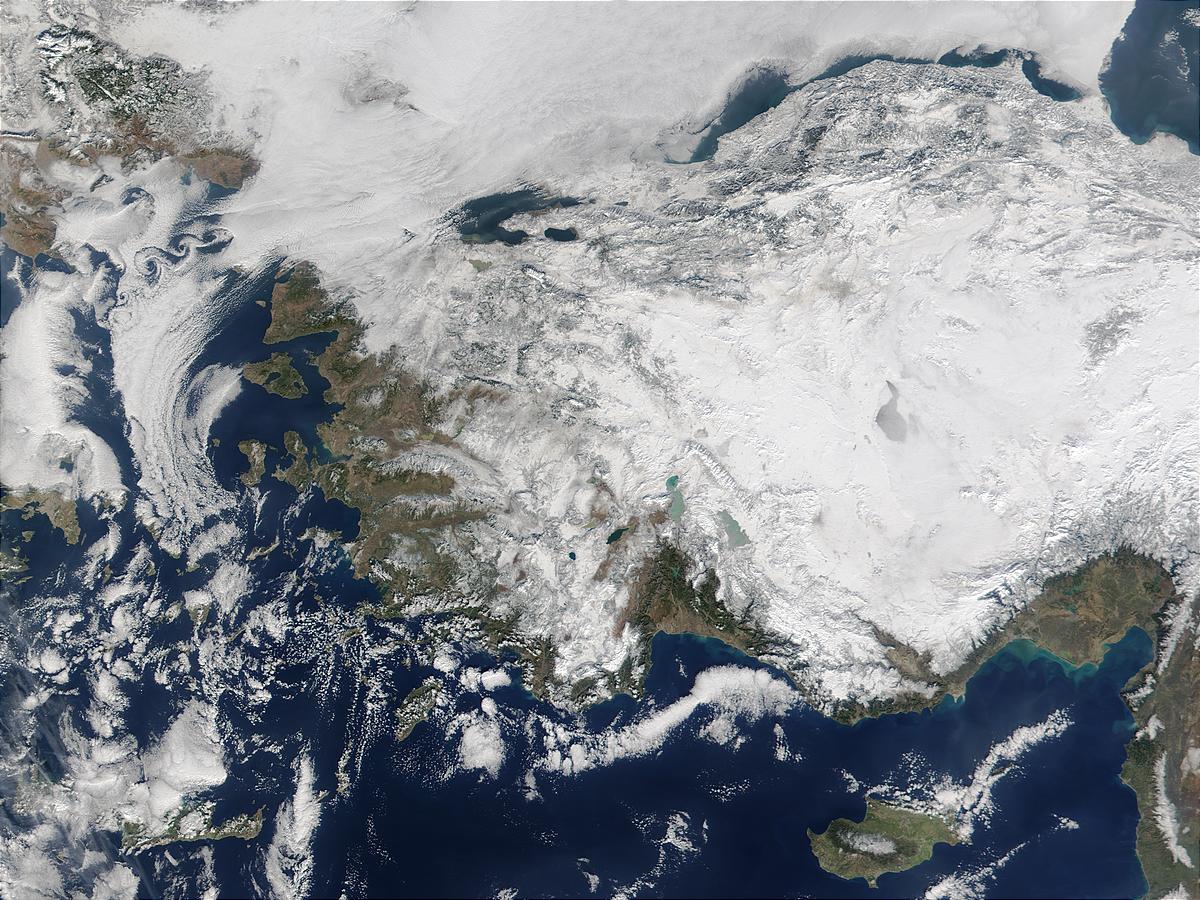 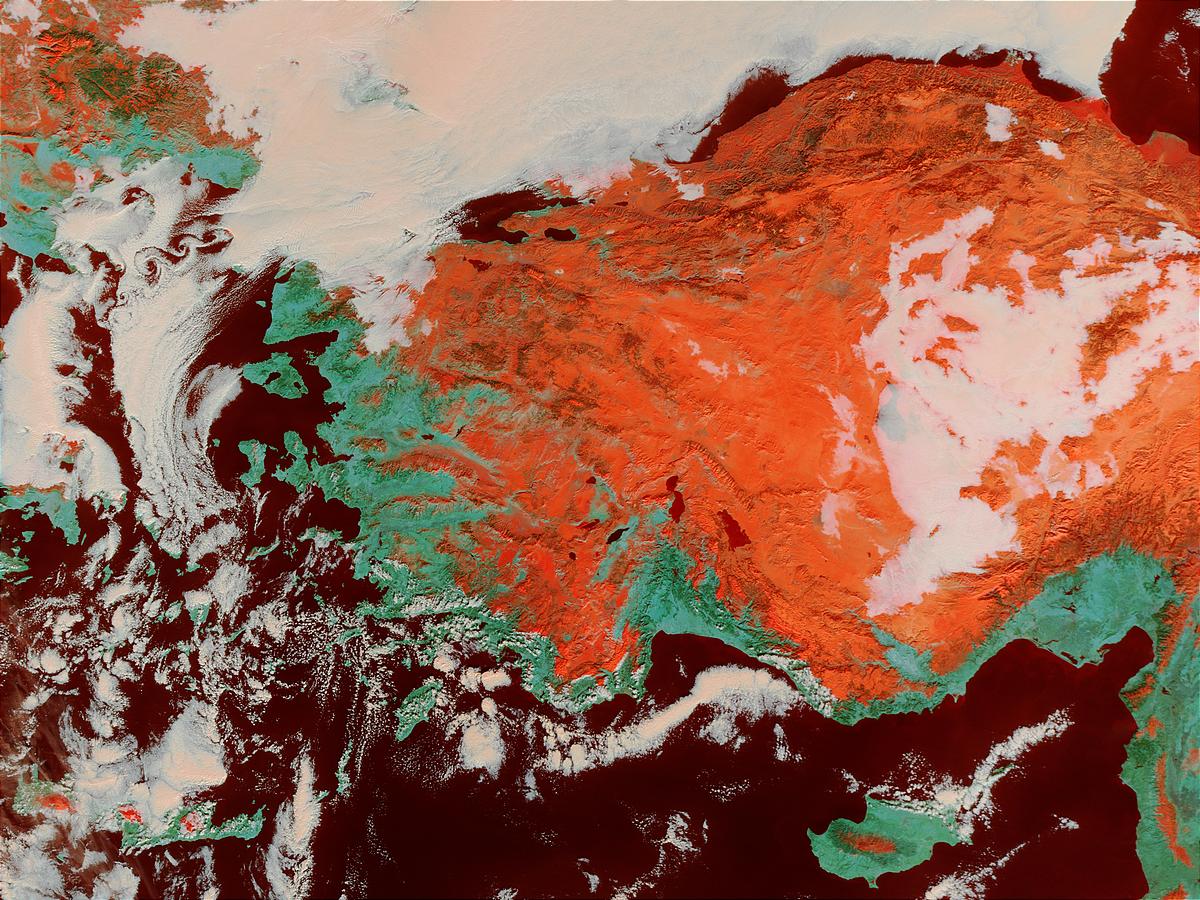 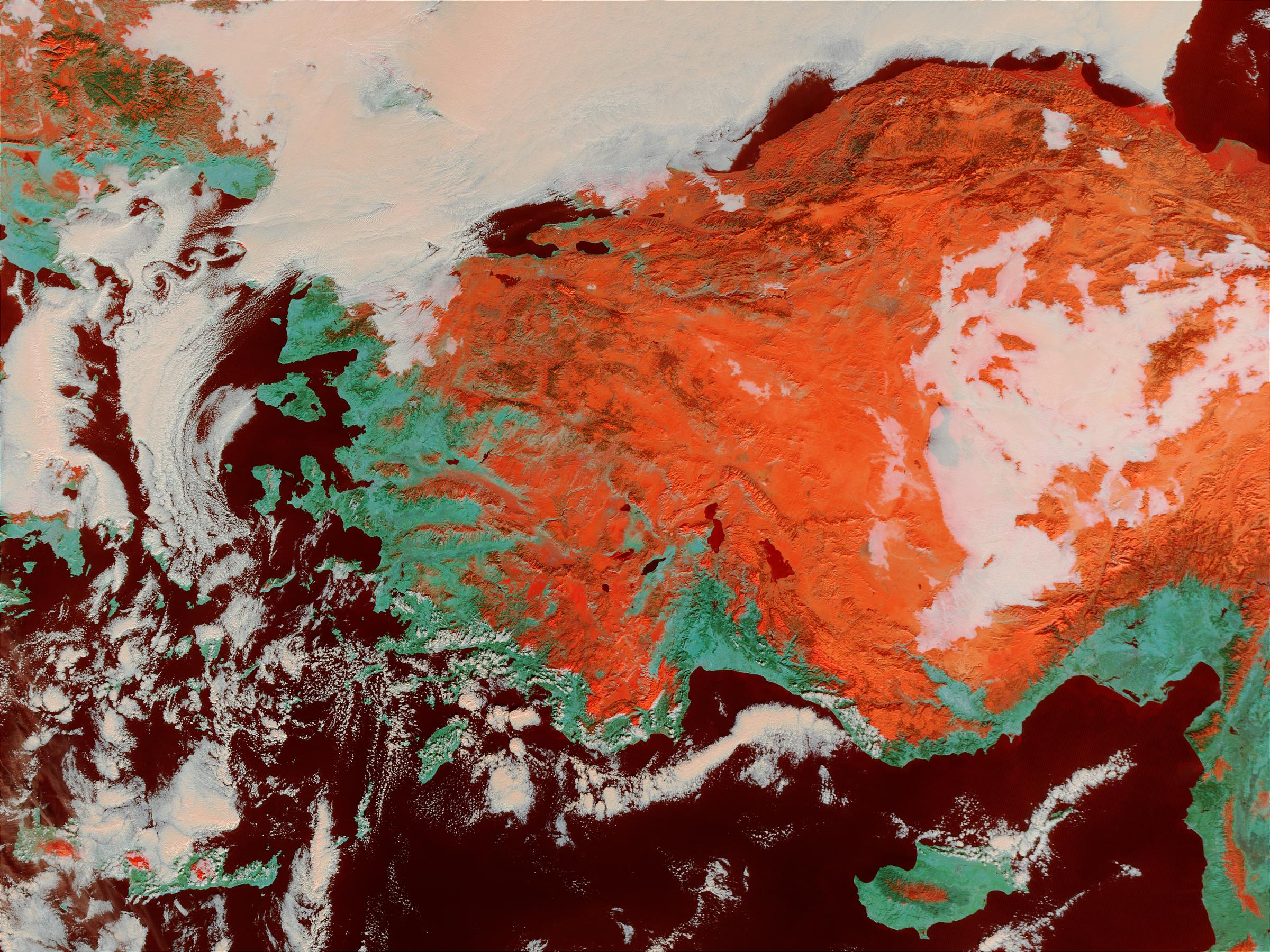 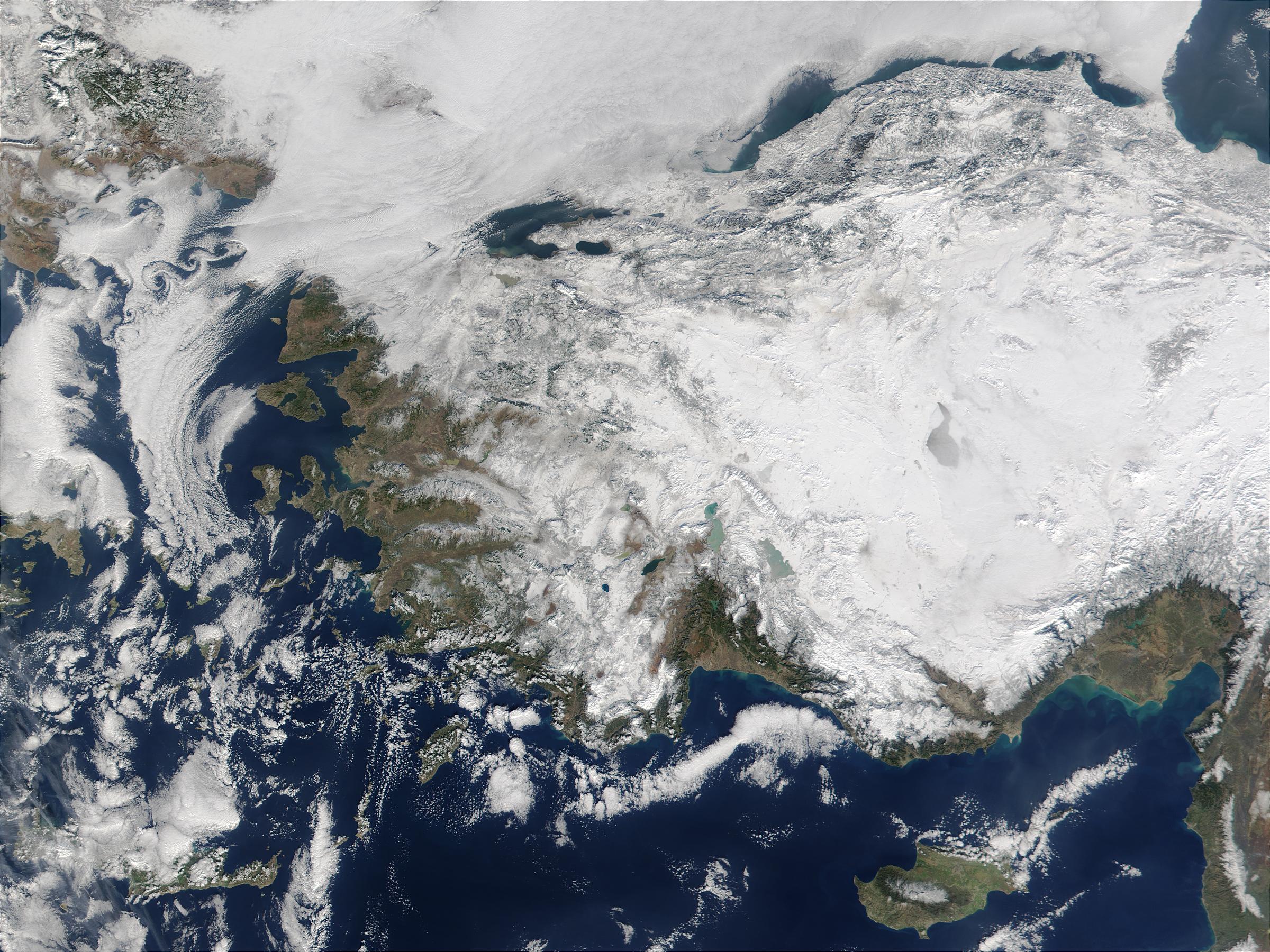 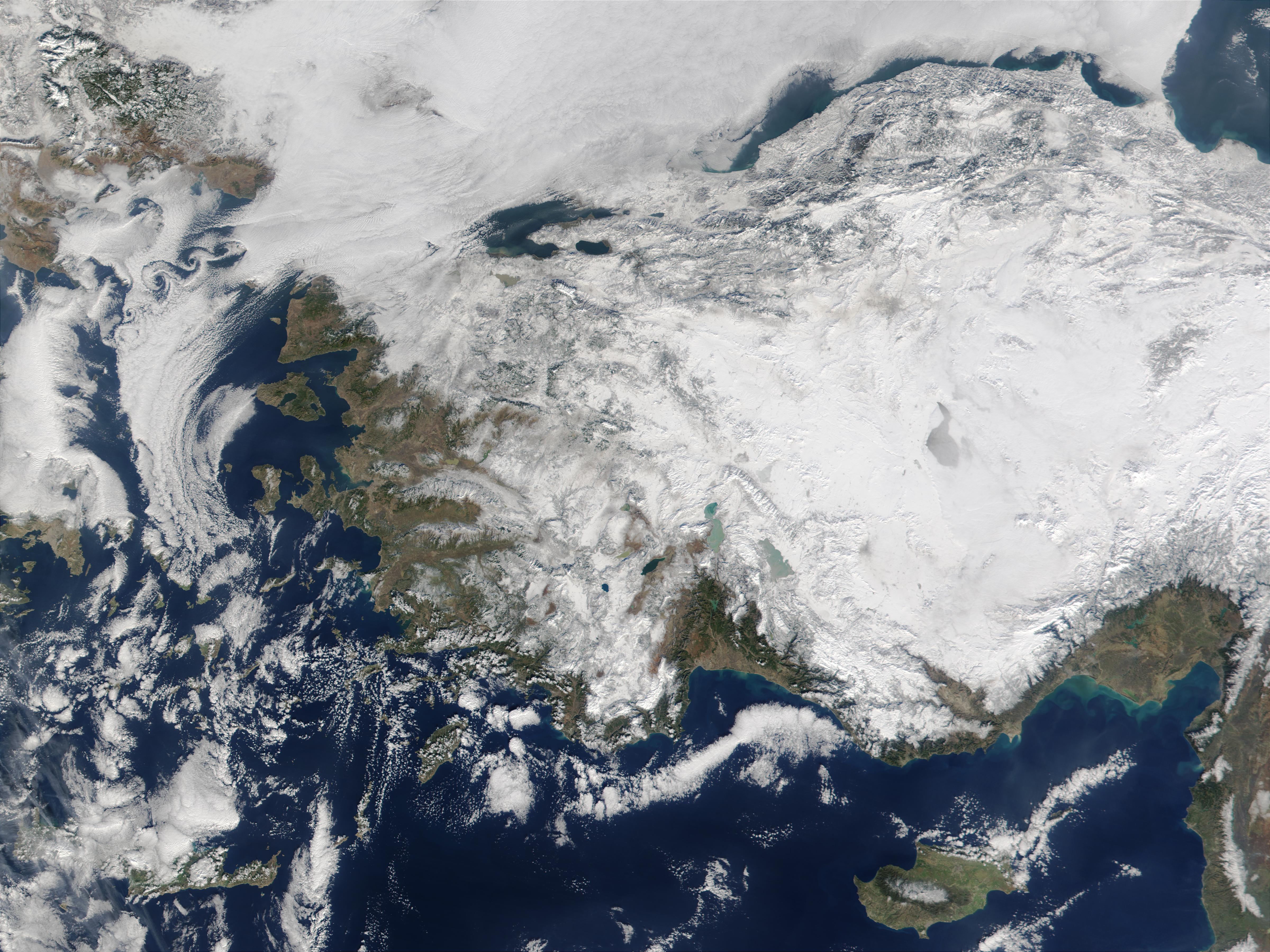 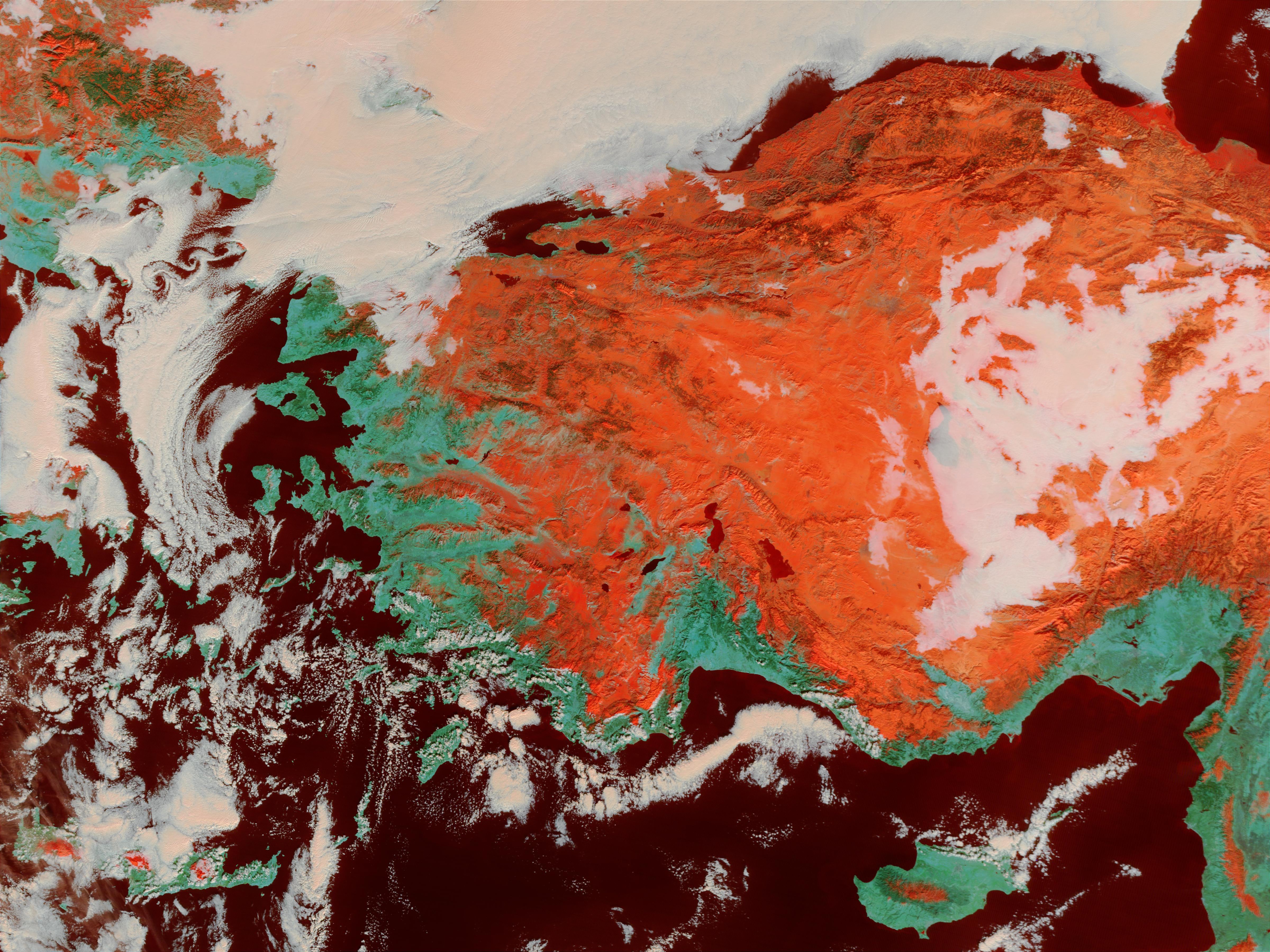 The predominantly mountainous terrain of the Republic of Turkey is covered by snow in this Moderate-resolution Imaging Spectroradiometer (MODIS) true-color image, produced from data collected on January 13, 2002. The snow-laced peaks of the Kure Daglari mountain range in the north can be seen as they range from the upper middle of the image to the upper right. The mountains parallel the northern coastline, which opens to the Black Sea. Also visible in this image, at the bottom right, is the island of Cyprus.