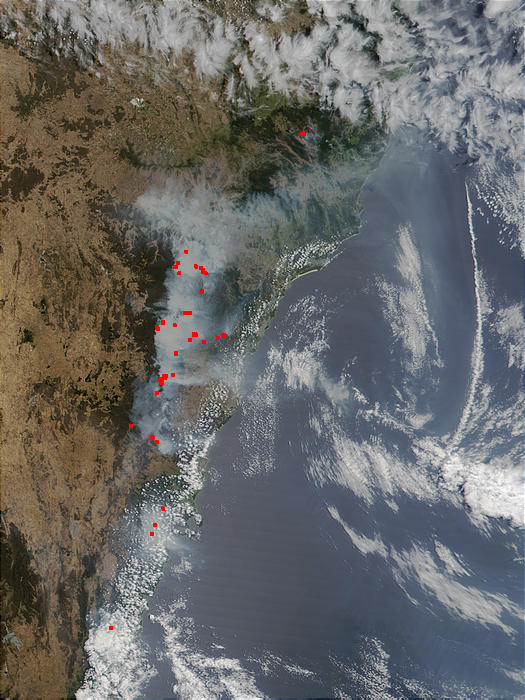 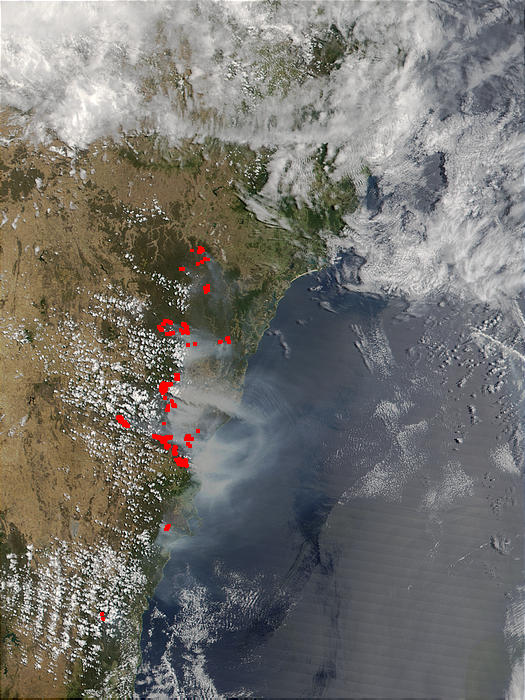 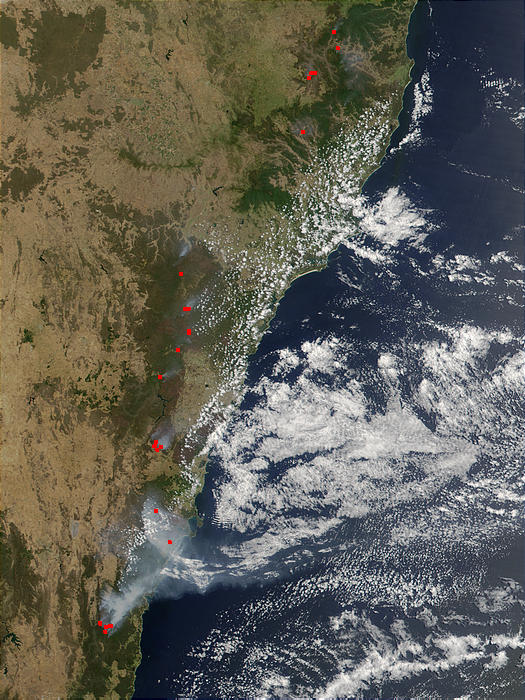 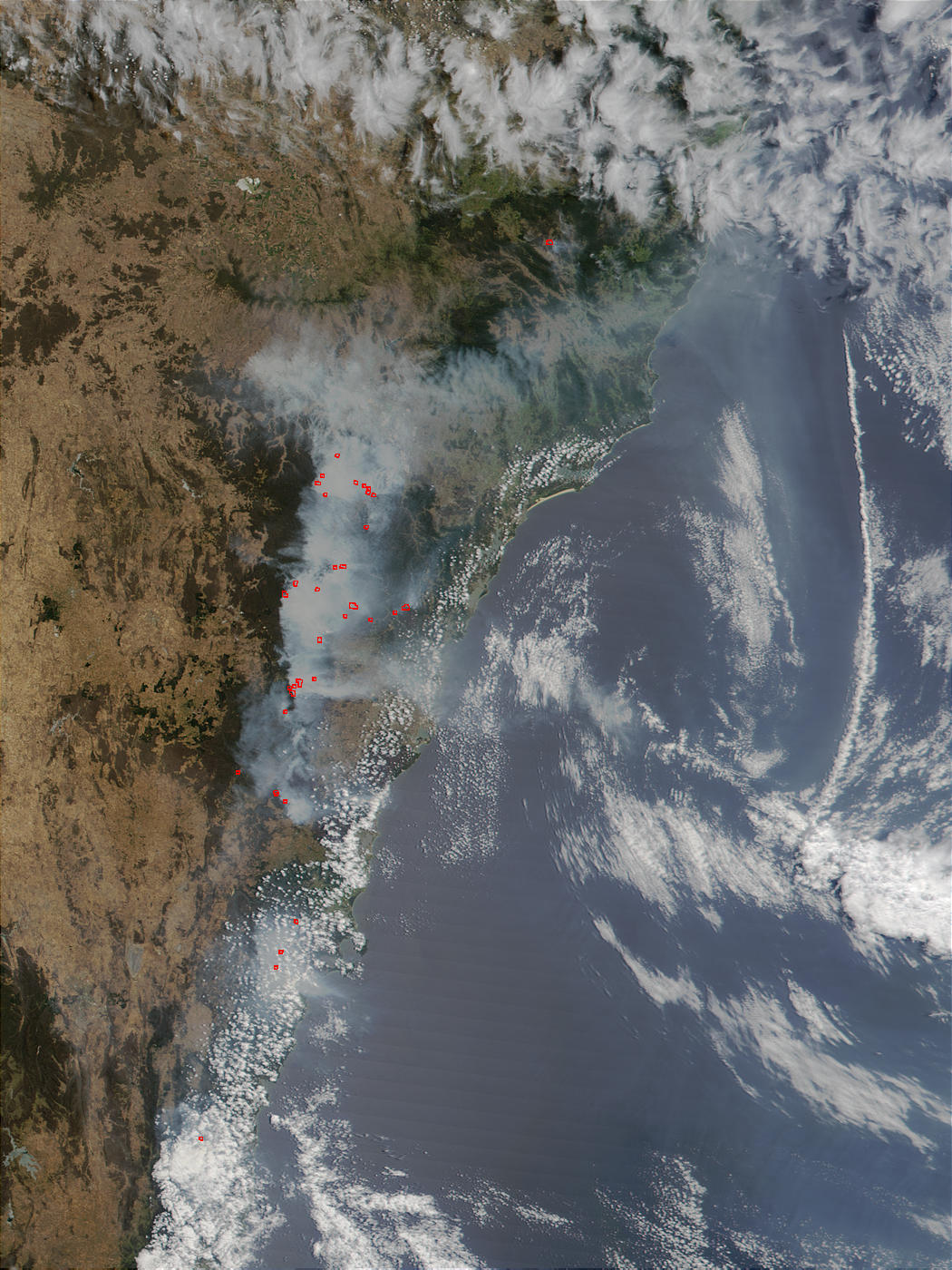 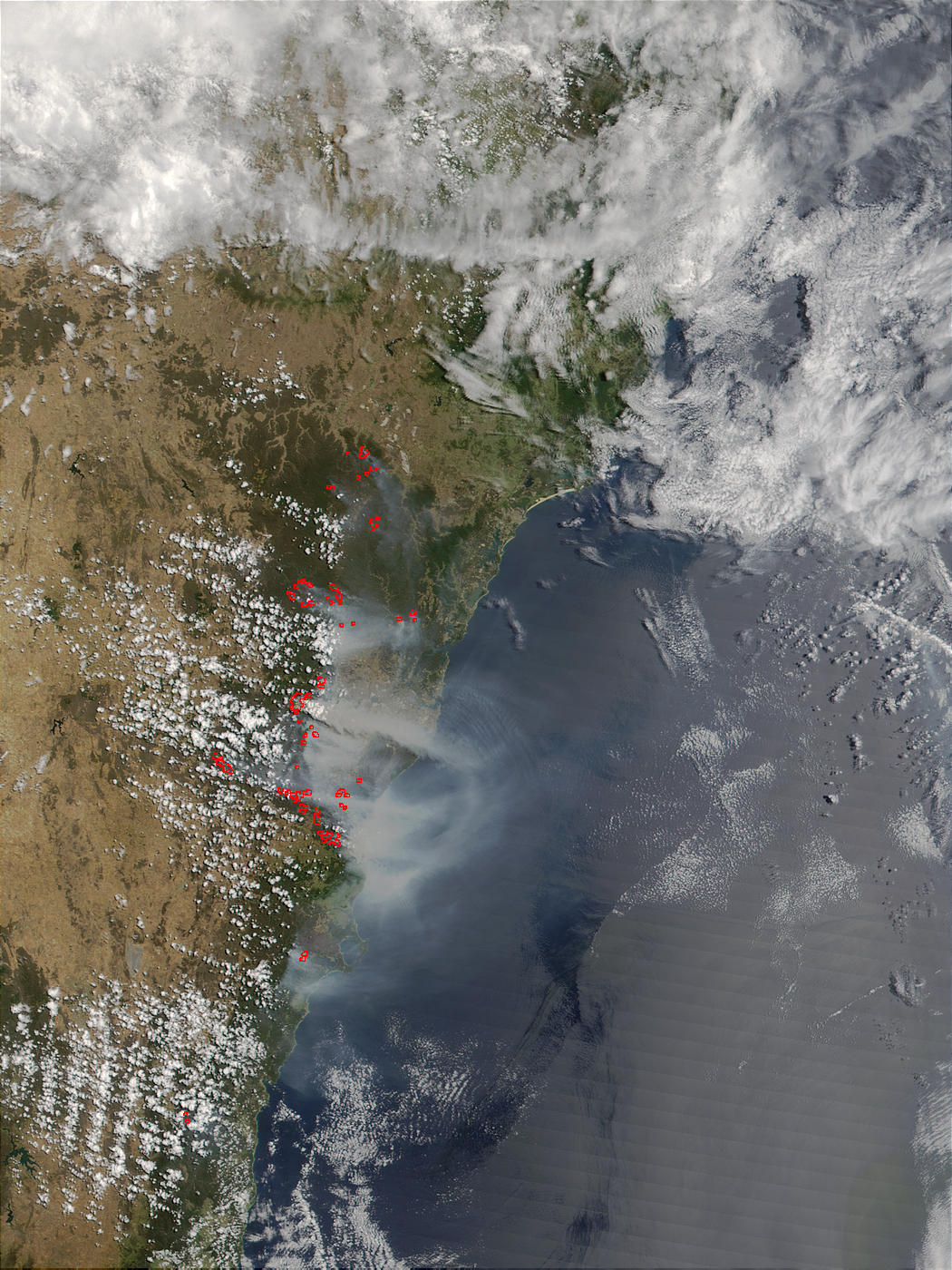 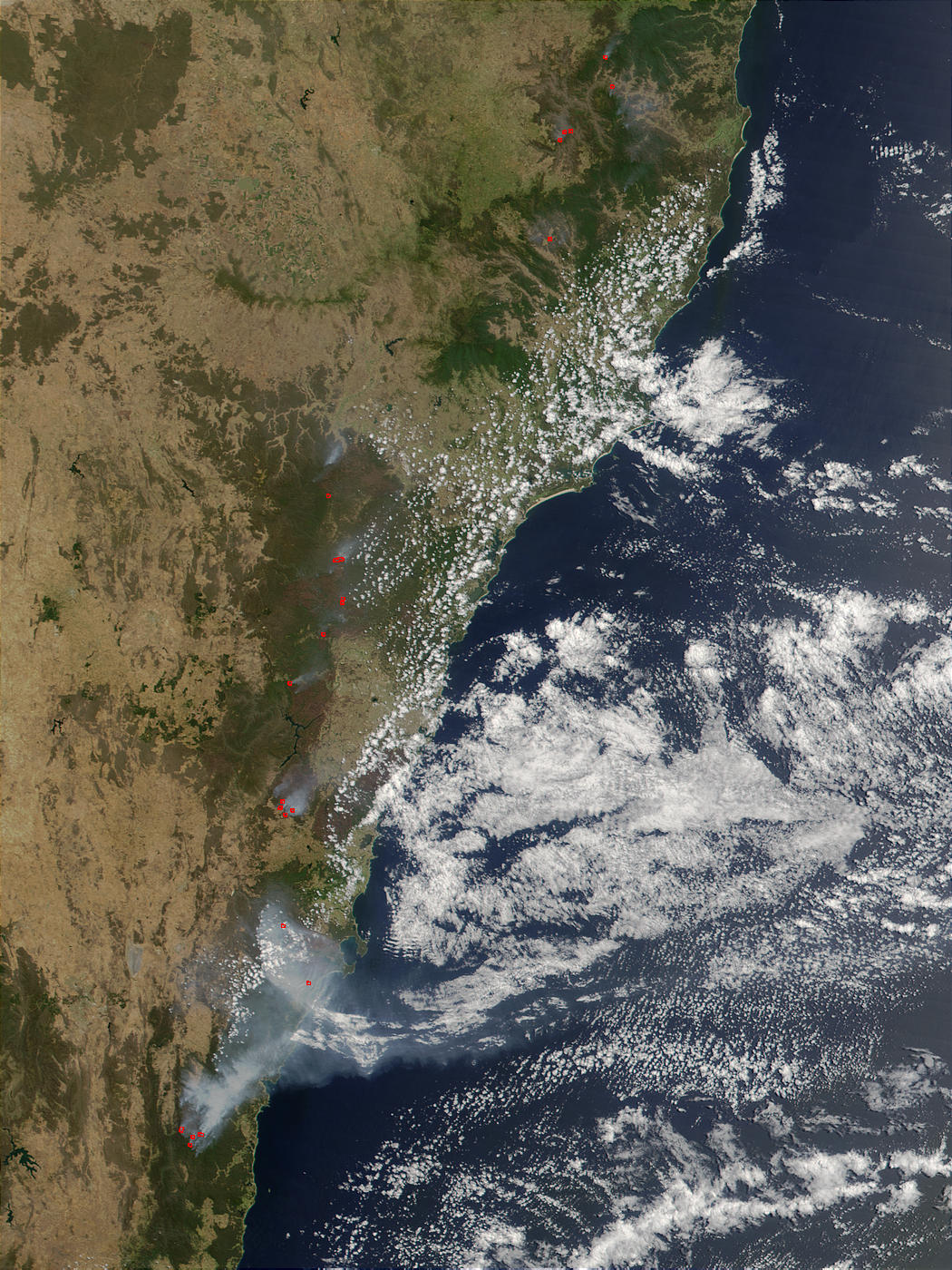 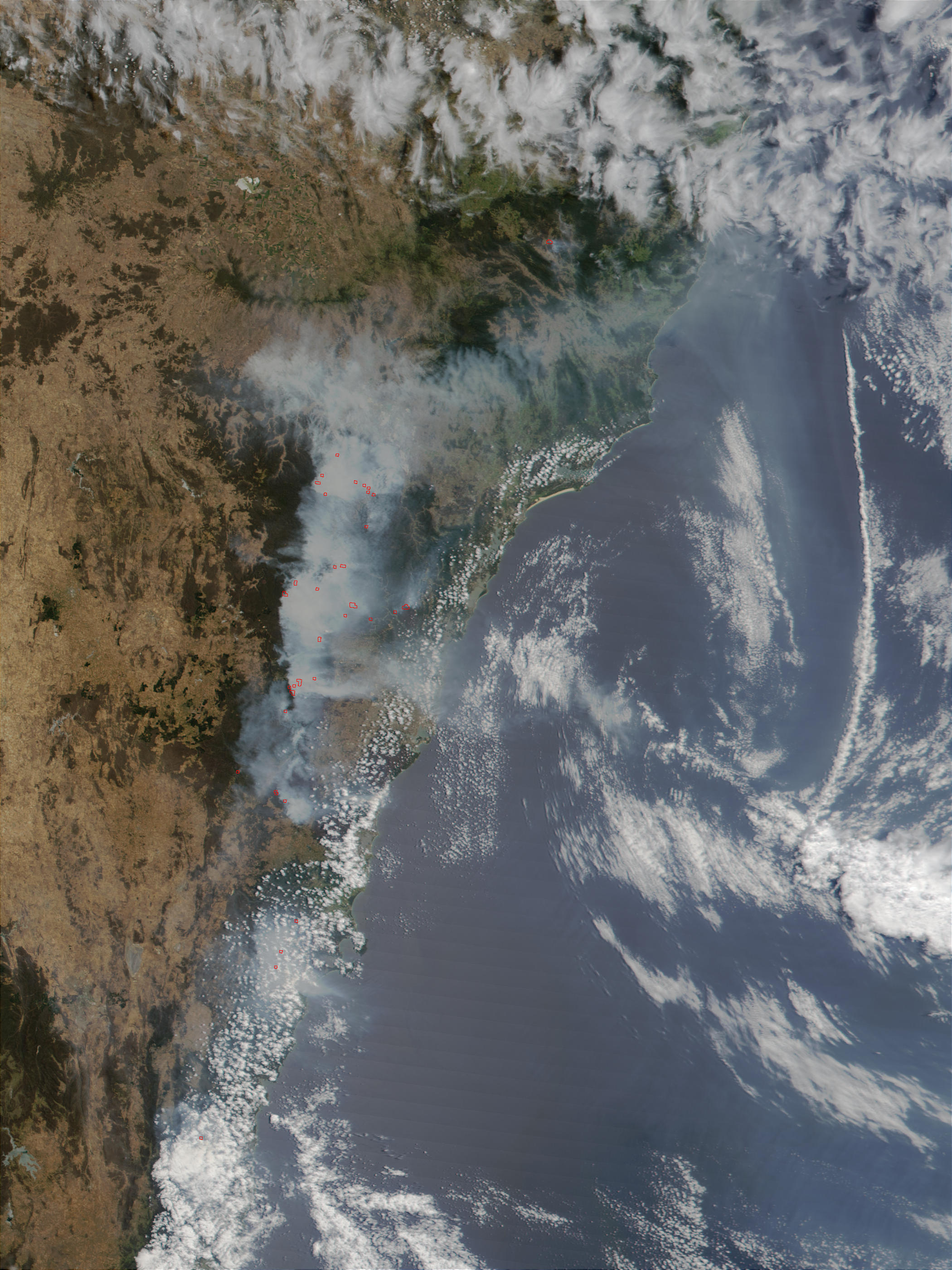 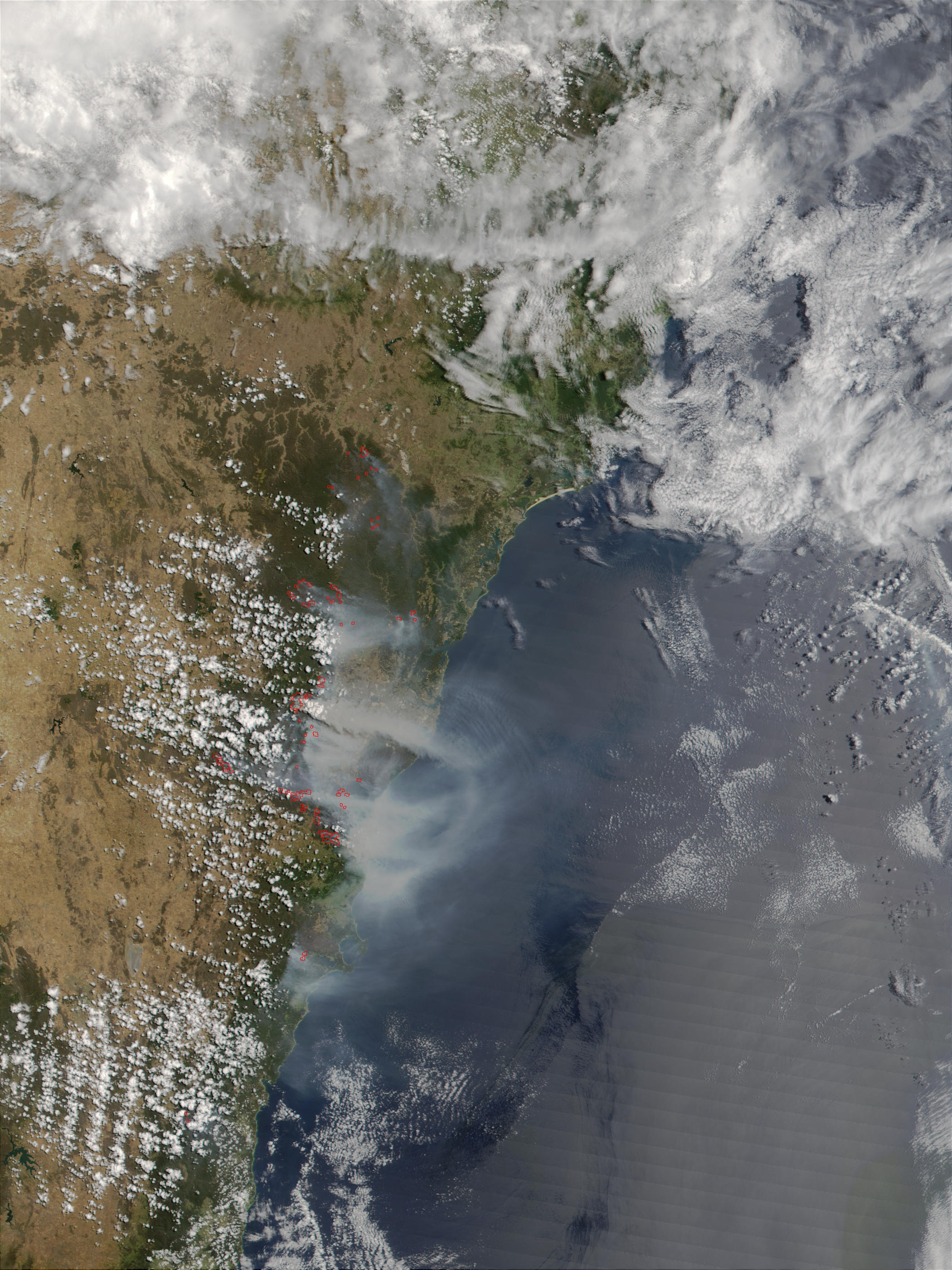 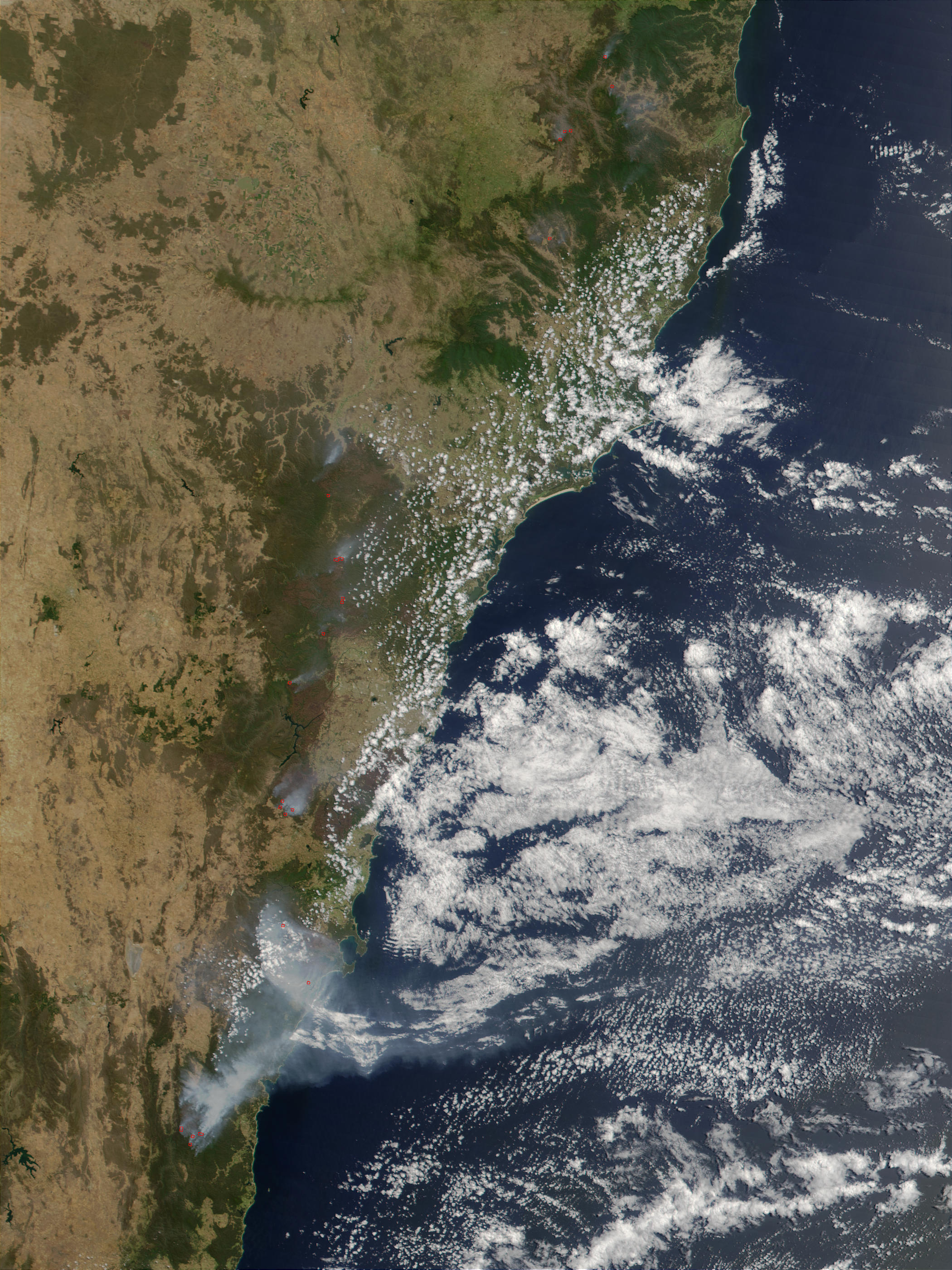 Bush fires surrounding Sydney continue to burn feverishly, and vast smoke plumes ascend from the southeastern coastline of Australia and extend out over the Tasman Sea. This true-color image from NASA's Moderate-resolution Imaging Spectroradiometer (MODIS) was made from data collected on January 5, 2002. More than a dozen active fires are burning in the region, as indicated by the thick plumes of greyish smoke streaming southeastward.