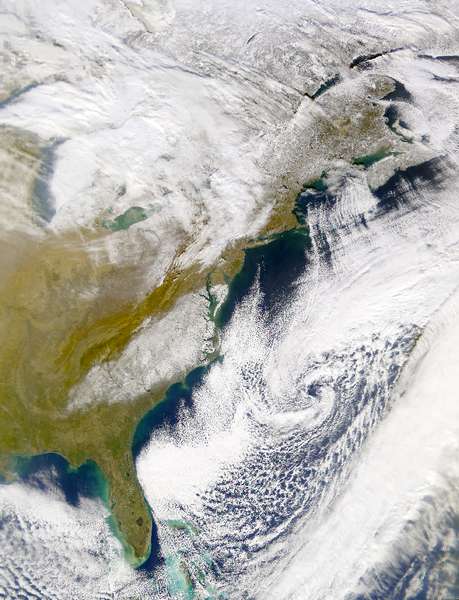 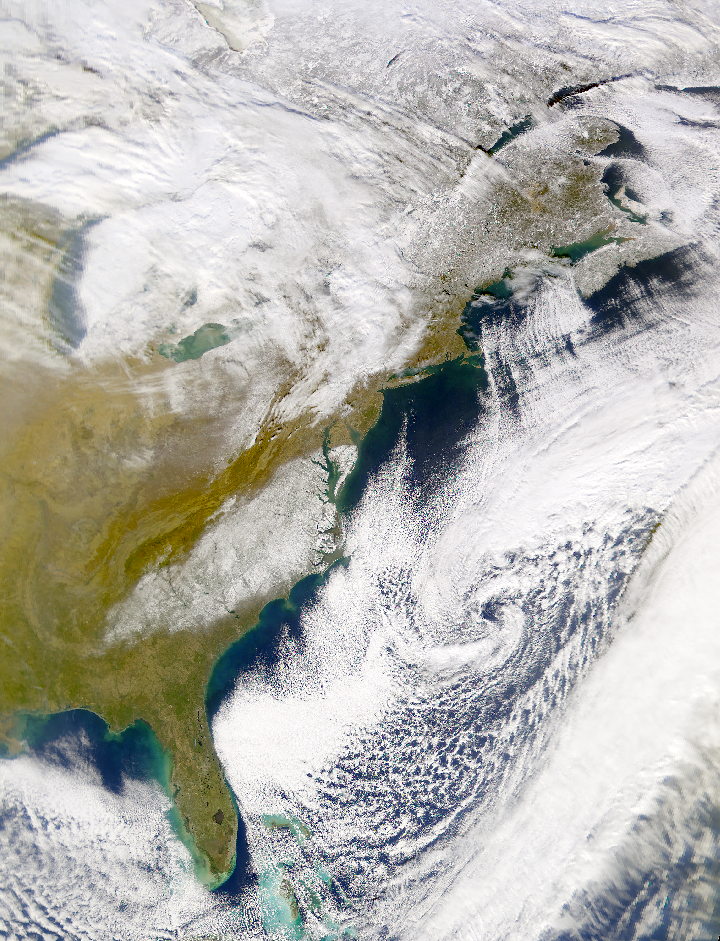 SeaWiFS: Snowfall in the mid-Atlantic States

Snowfall from the January 3, 2002 storm in the mid-Atlantic states is clearly evident in this SeaWiFS image collected on January 4, 2002. The snow covered area stretches from central eastern Alabama to southern Delaware.