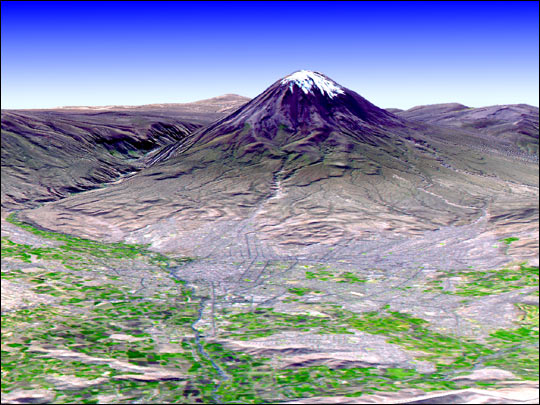 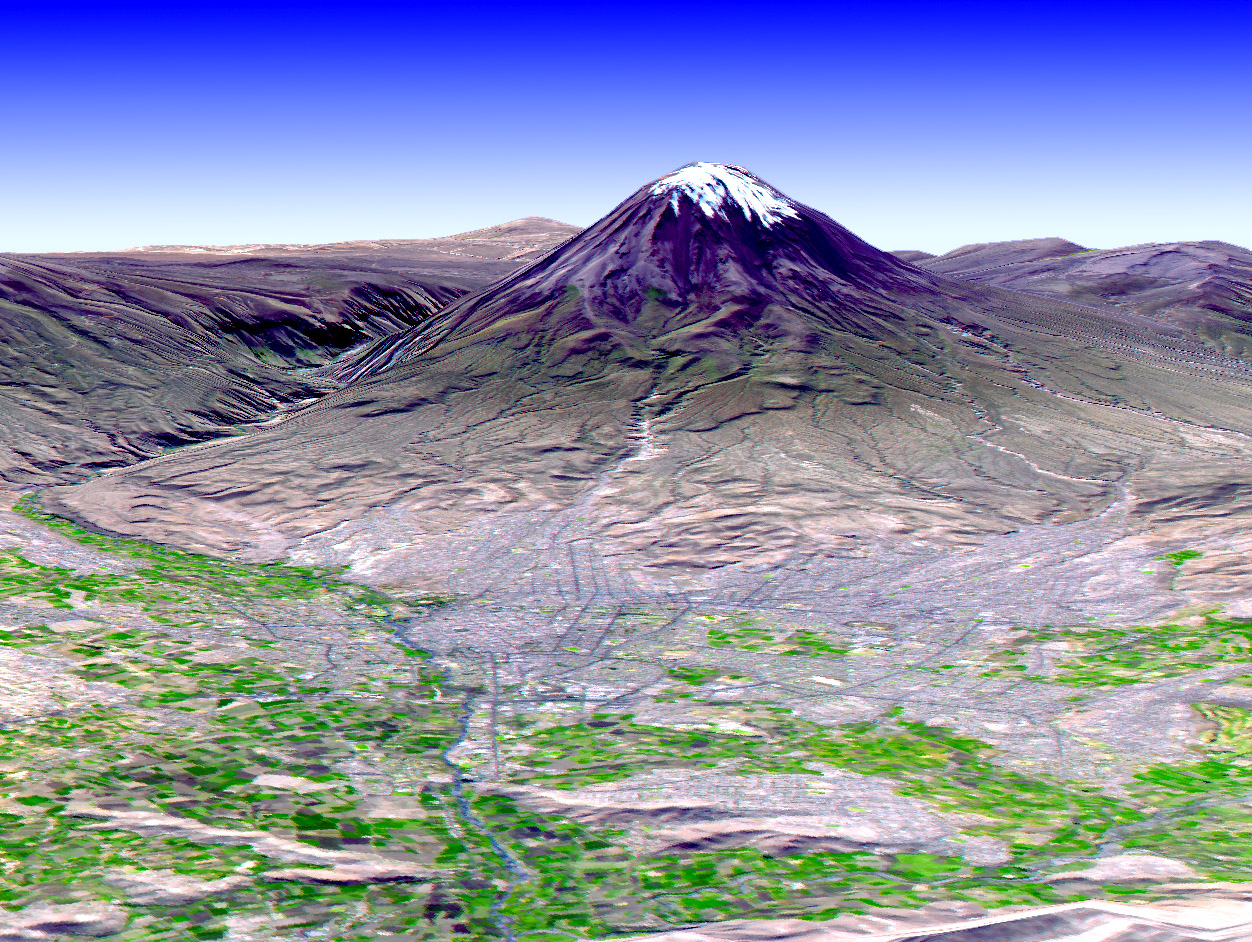 El Misti Volcano and the City of Arequipa, Peru

This three-dimensional perspective view was created from an Advanced Spaceborne Thermal Emission and Reflection Radiometer (ASTER) Digital Elevation Model combined with a simulated natural color ASTER image, acquired July 13, 2001. It shows El Misti volcano towering 5822 meters high above the second city of Peru, Arequipa, with a population of more than one million. Geologic studies indicate that El Misti has had five minor eruptions this century, and a major eruption in the 15th century when residents were forced to flee the city. Despite the obvious hazard, civil defense authorities see it as a remote danger, and city planners are not avoiding development on the volcano side of the city. This view shows human development extending up the flanks of the volcano along gullies which would form natural channels for flows of lava, superheated ash and gas, or melted ice, snow, and mud from the summit snowfield in the event of an eruption.