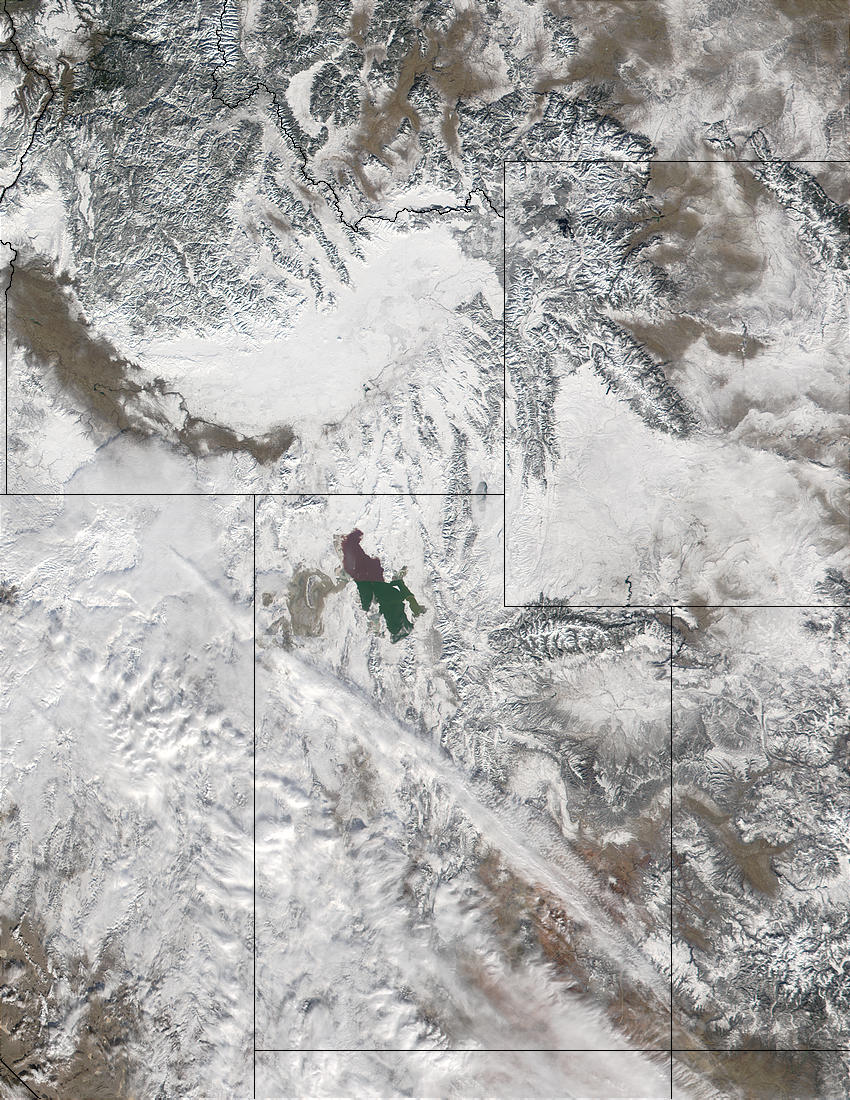 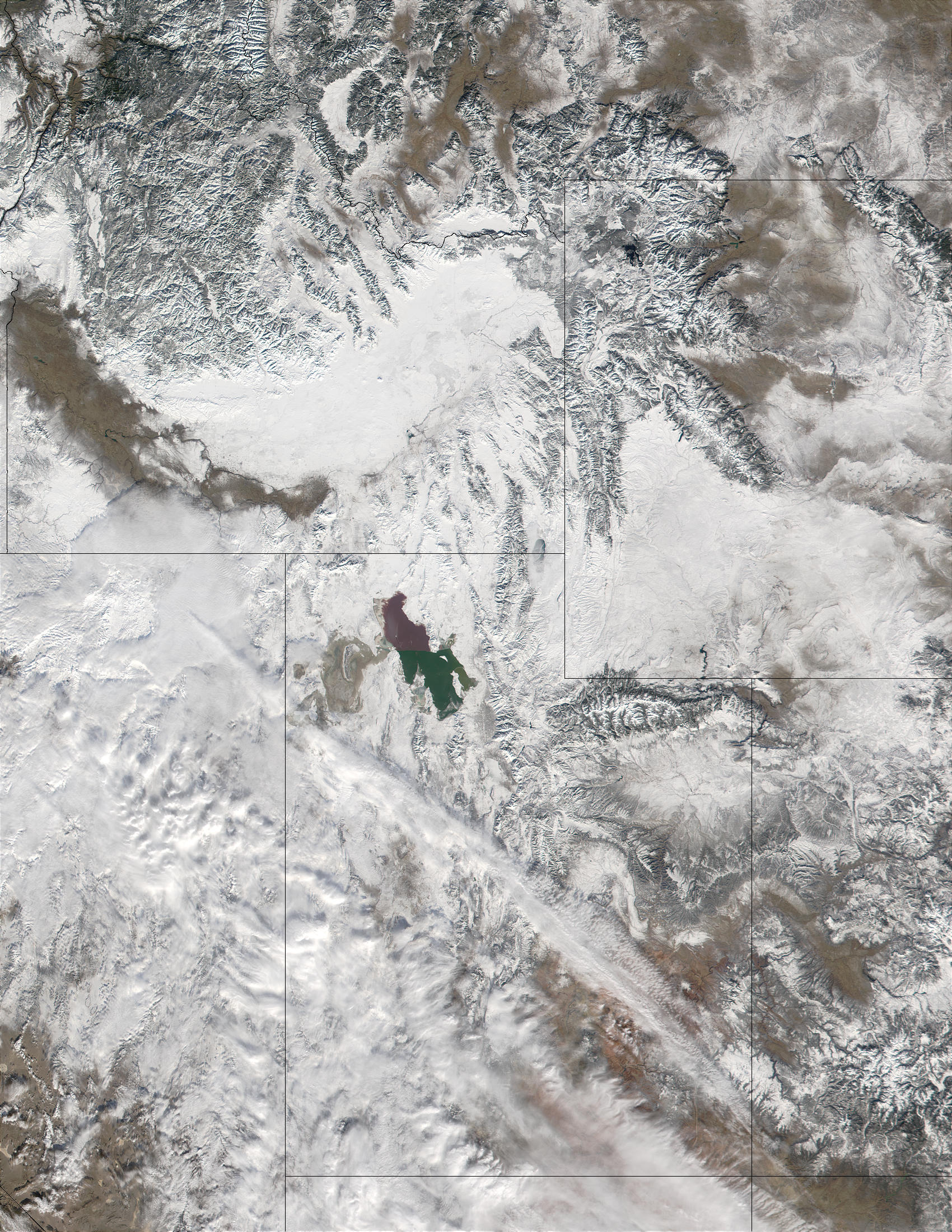 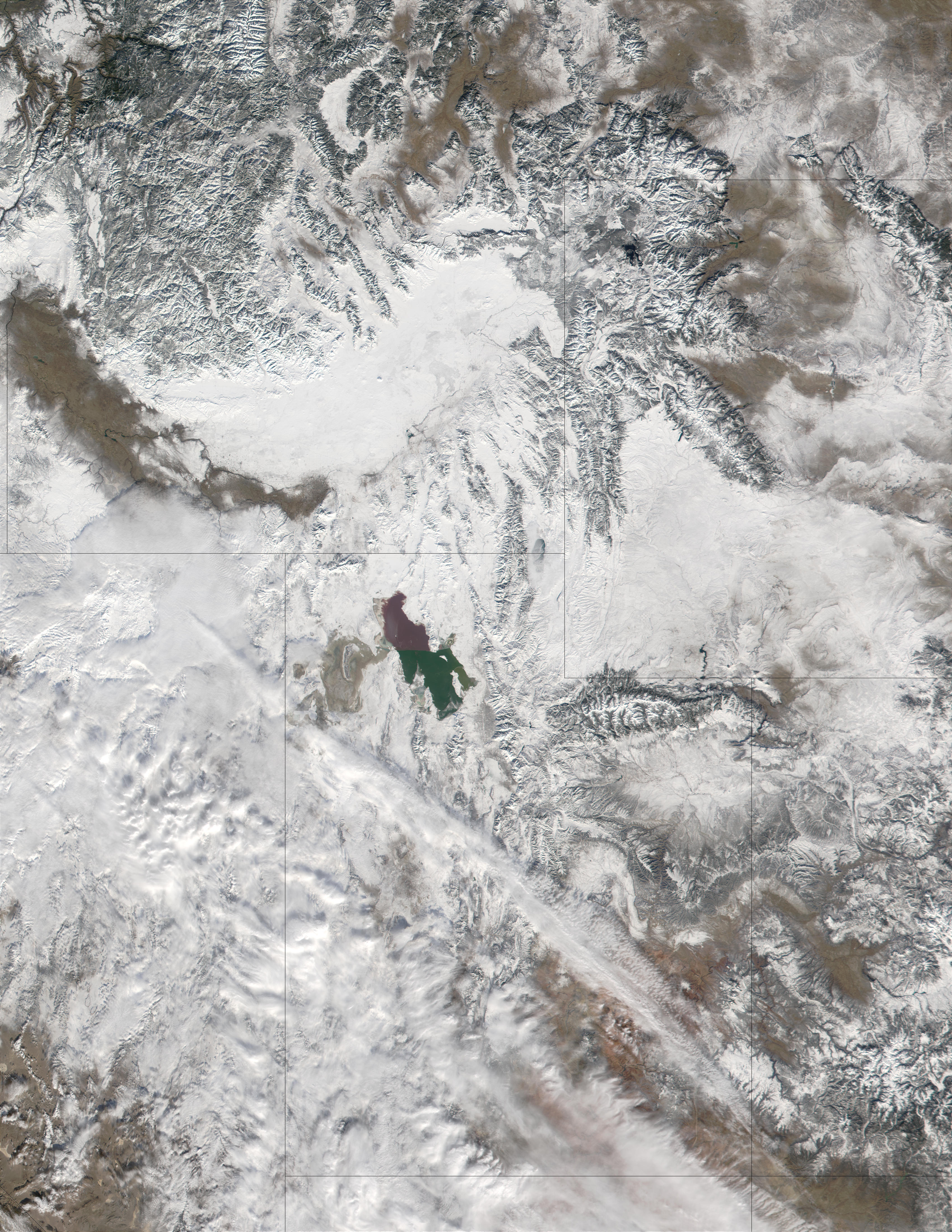 On December 23, 2001, less than two months before the start of the 2002 Winter Olympics, snow blankets Salt Lake City and the surrounding area. The Great Salt Lake, on the left hand side of the image above, often contributes to the region’s snowfall through the “lake-effect.” As cold air passes over a large body of water it both warms and absorbs moisture. The warm air then rises (like a hot air balloon) and cools again. As it cools, the water vapor condenses out, resulting in snowfall. Just to the east (right) of the Great Salt Lake the mountains of the Wasatch Range lift air from the lake even higher, enhancing the lake-effect, resulting in an average snowfall of 64 inches a year in Salt Lake City and 140 inches in Park City, which is located at the foot of the Wasatch Front.

For more information about the lake-effect, read Lake-Effect Snowfalls.