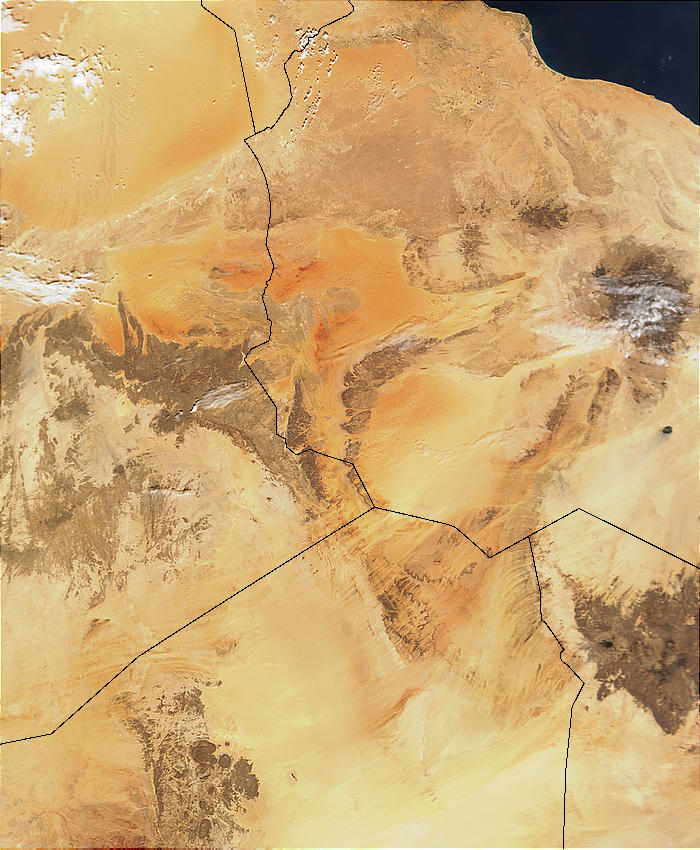 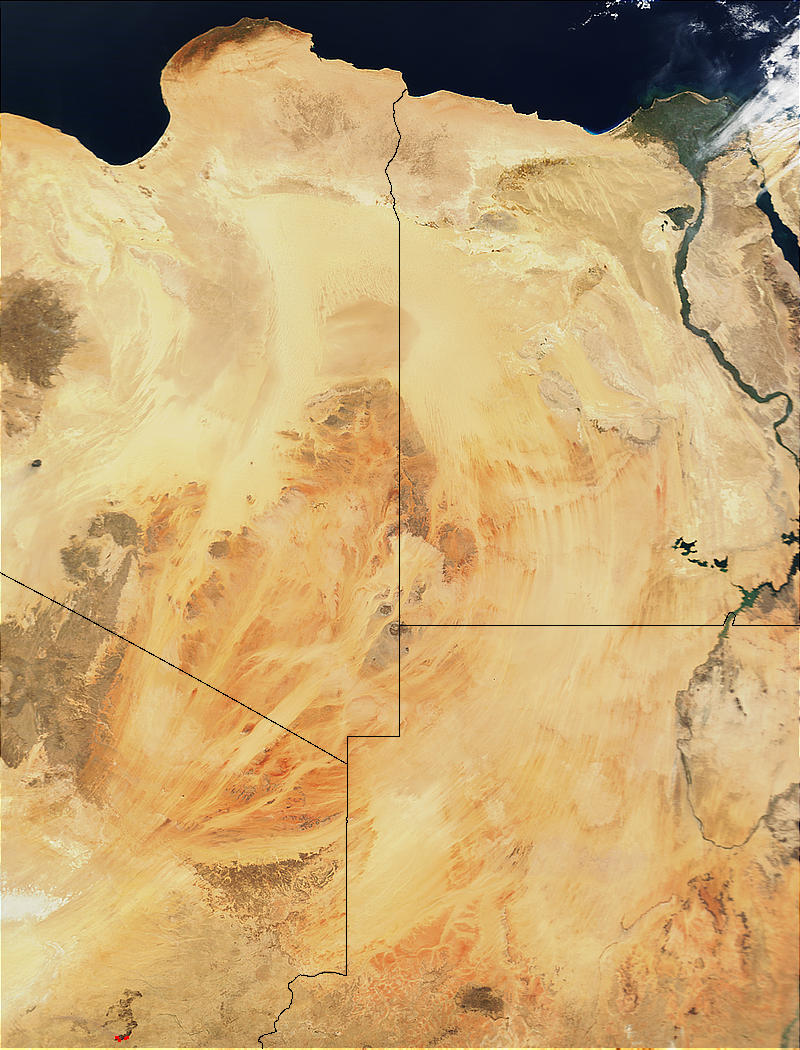 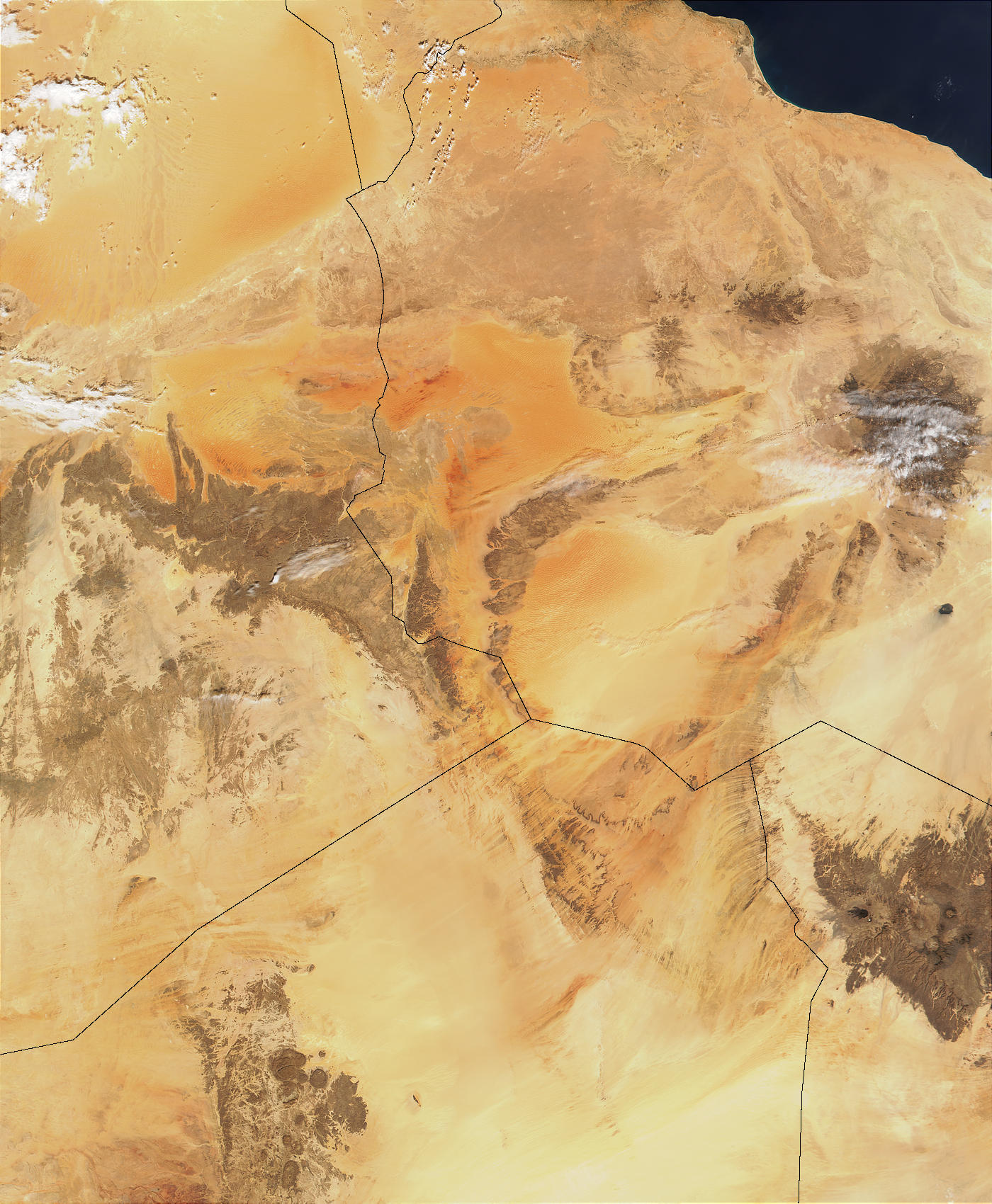 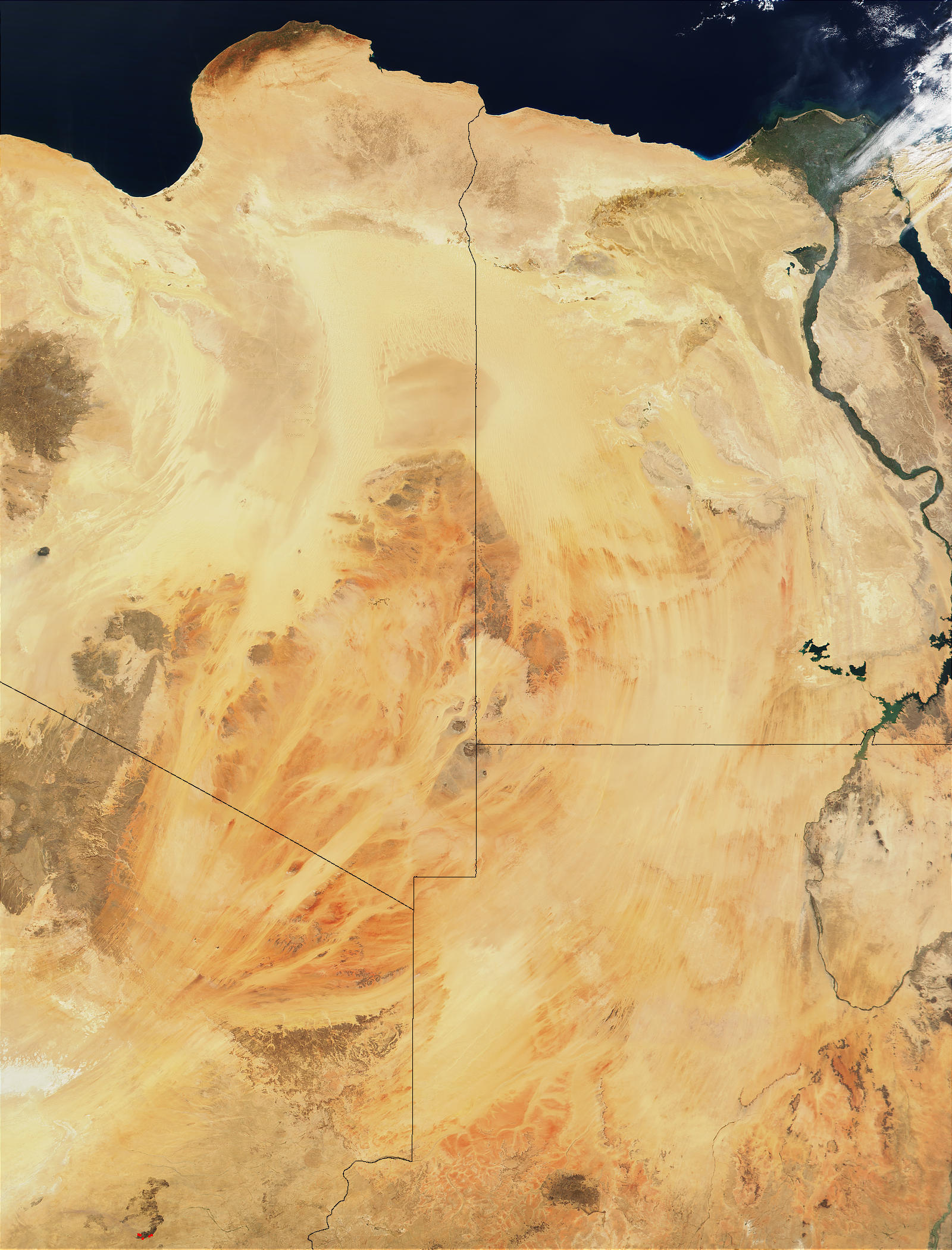 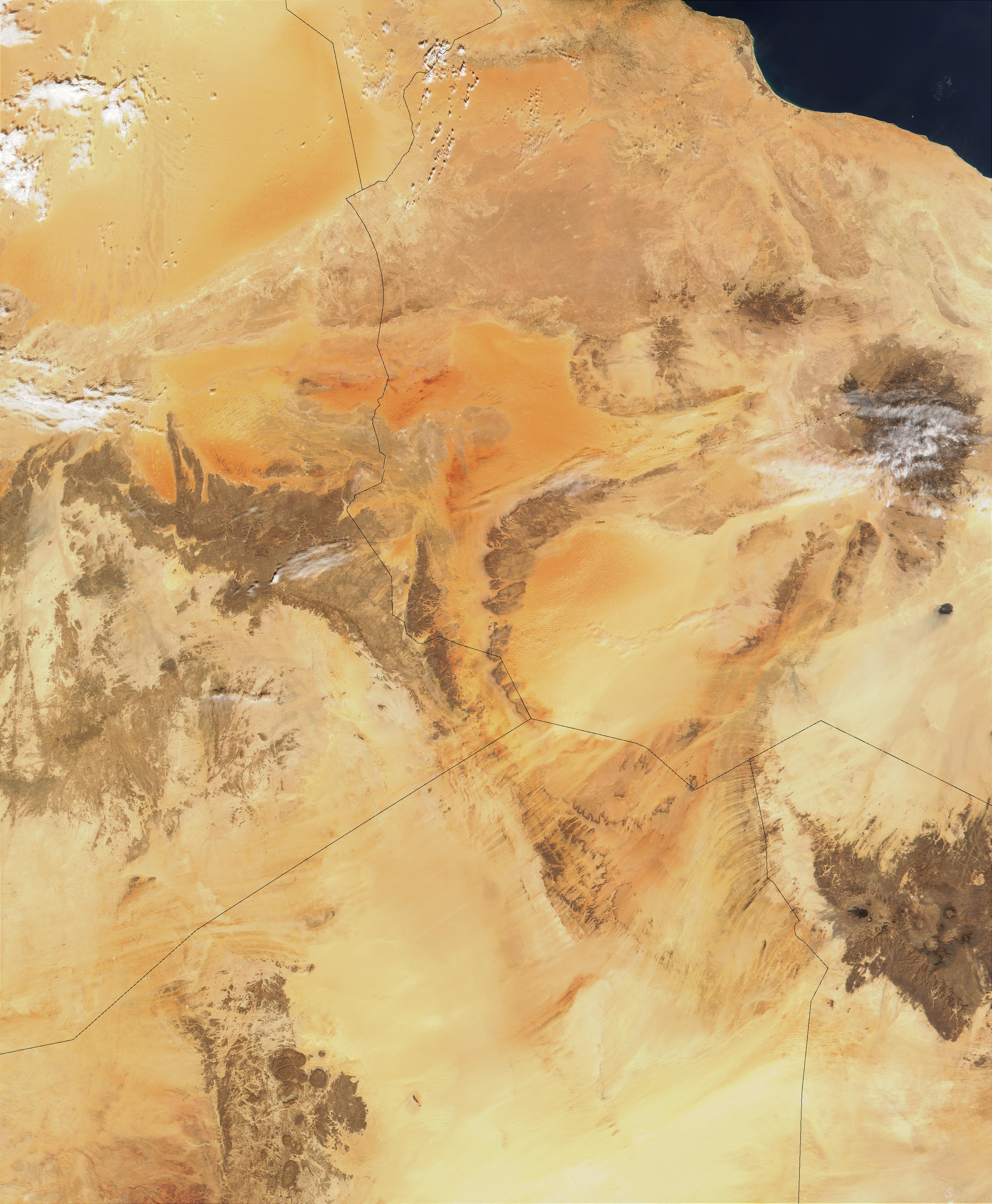 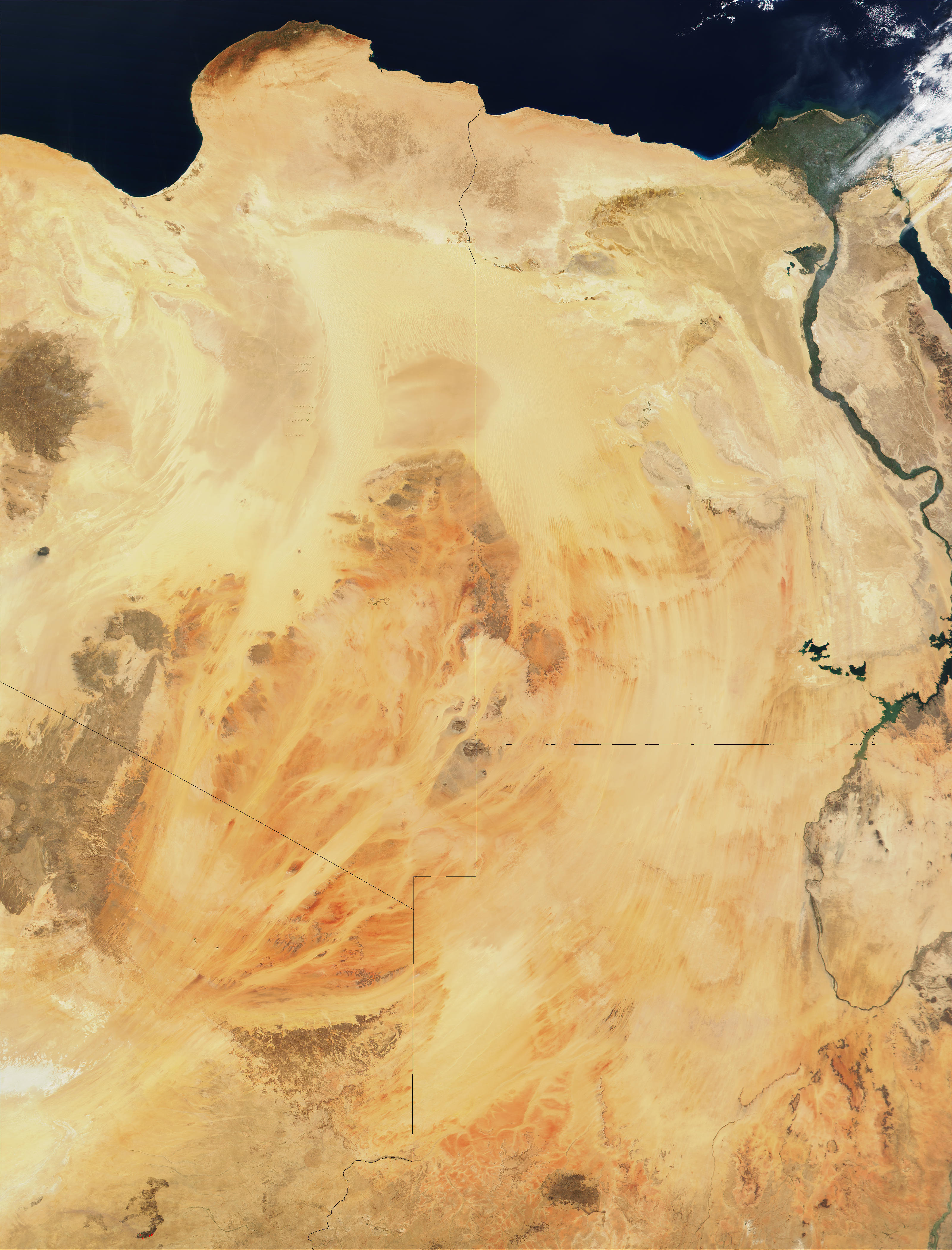 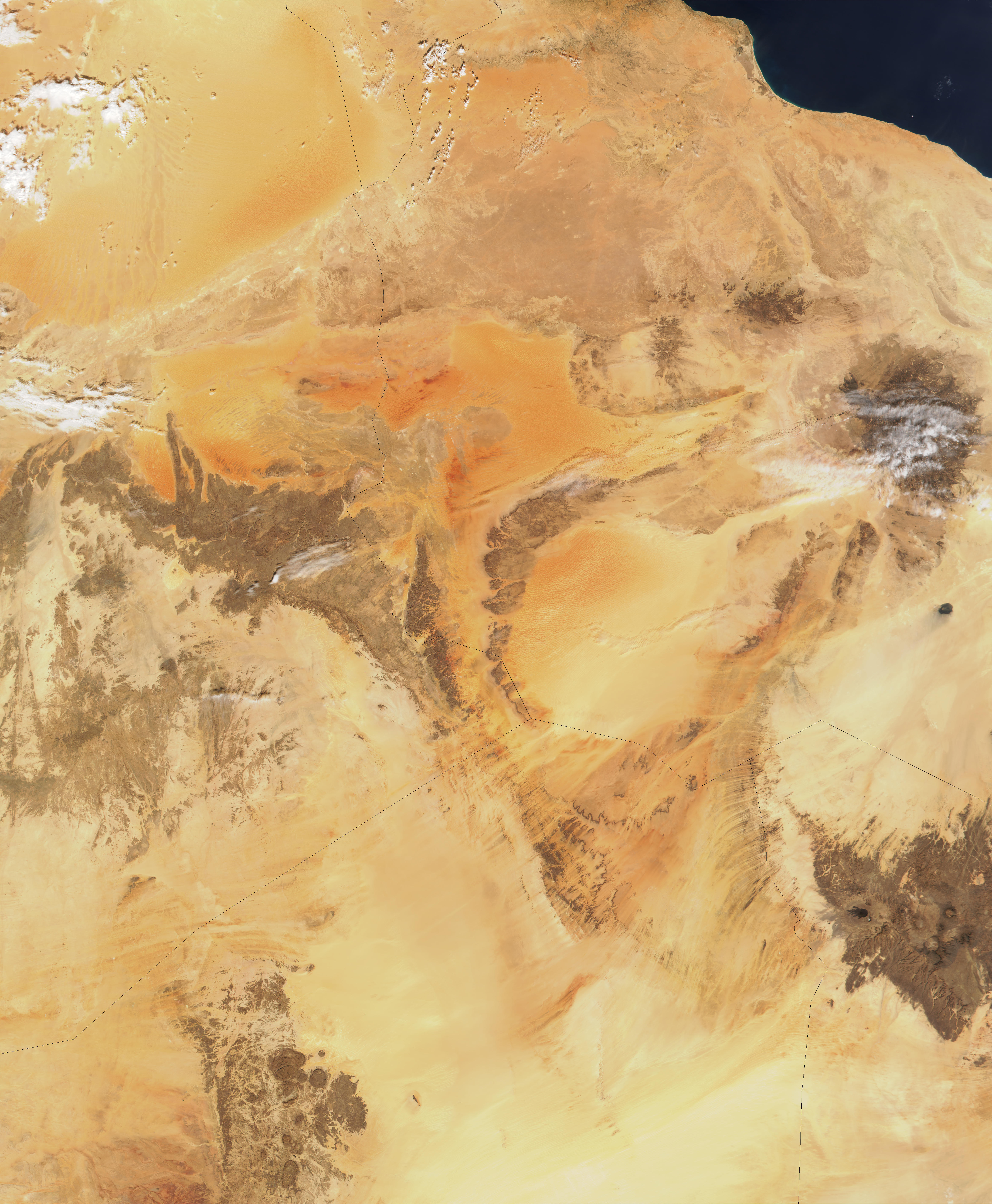 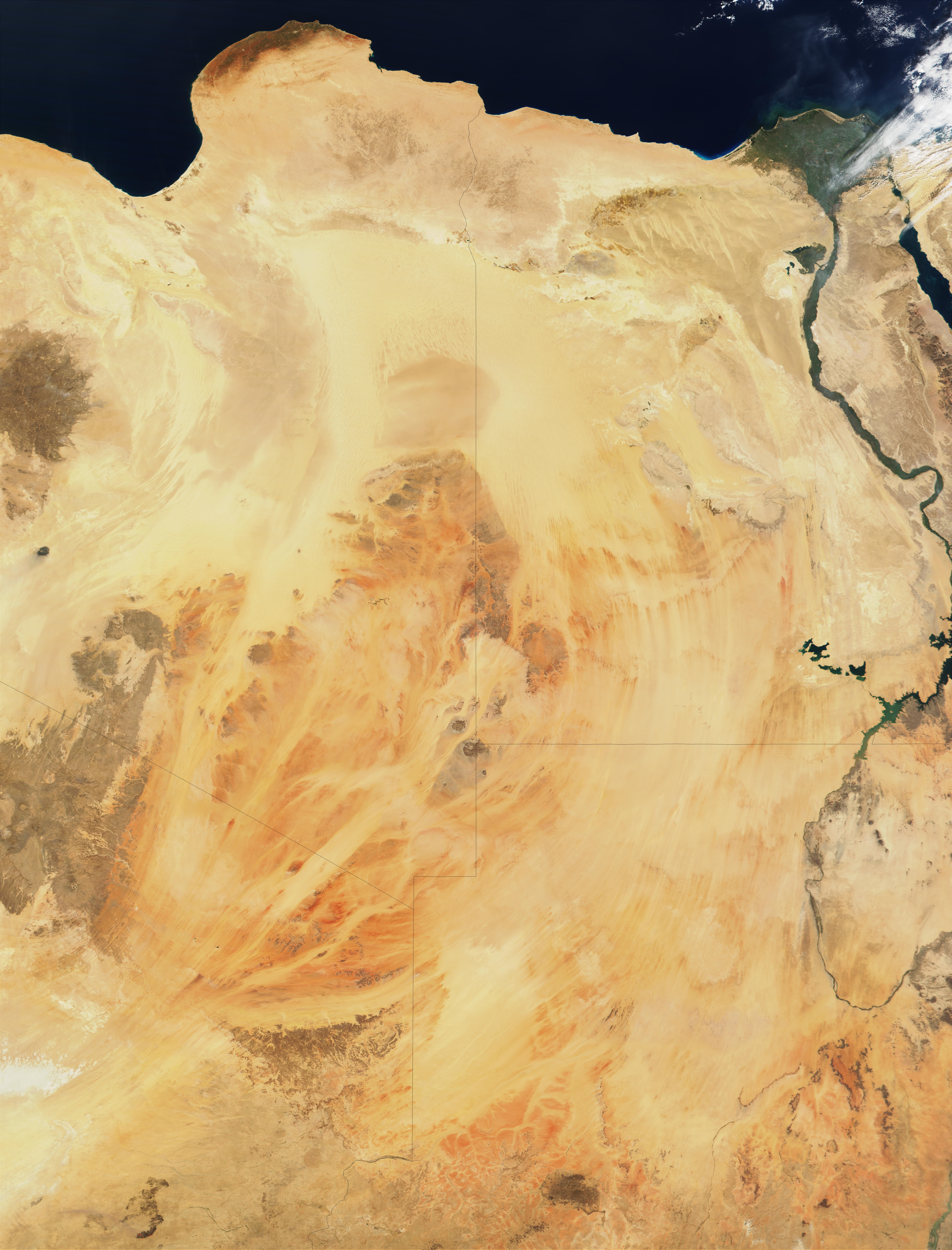 Vast stretches of uninterrupted sand are only one kind of Saharan landscape. This true-color MODIS image from November 9, 2001, reveals a diversity of land surface features, including ancient lava flows and volcanoes. Beginning at upper left and moving clockwise are the countries of Algeria, Tunisia, Libya, Chad, and Niger.

Evidence of previous volcanic activity in the Sahara can be found in northeastern Chad, in particular, in a region knows as Tibesti. Reaching up out of the surrounding desert, the dark rock of the Tibesti Plateau stands out in dark brown against the sand. Scattered throughout the region are the circular cones and calderas of several volcanoes. The dark remains of a lava flow mark the location of the Tousside volcano. North of Tibesti, in Libya, more dark-colored lava beds leave their mark on the landscape.

Variety exists in Algeria, where the Grand Erg Oriental desert (far upper left) is hemmed in to the south by the Tinrhert Plateau. South of the Plateau, desert resumes briefly, only to give way to a mountainous region traced with impermanent rivers.

In northern Niger, a sinuous gray-green line marks the edge of an escarpment that separates the Mangueni Plateau to the north from the rock deserts to the south.