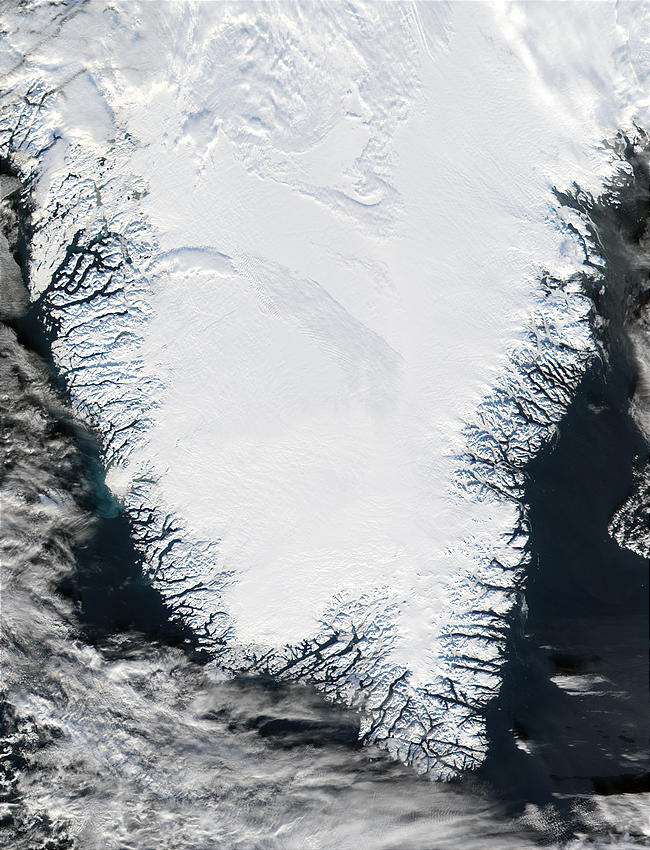 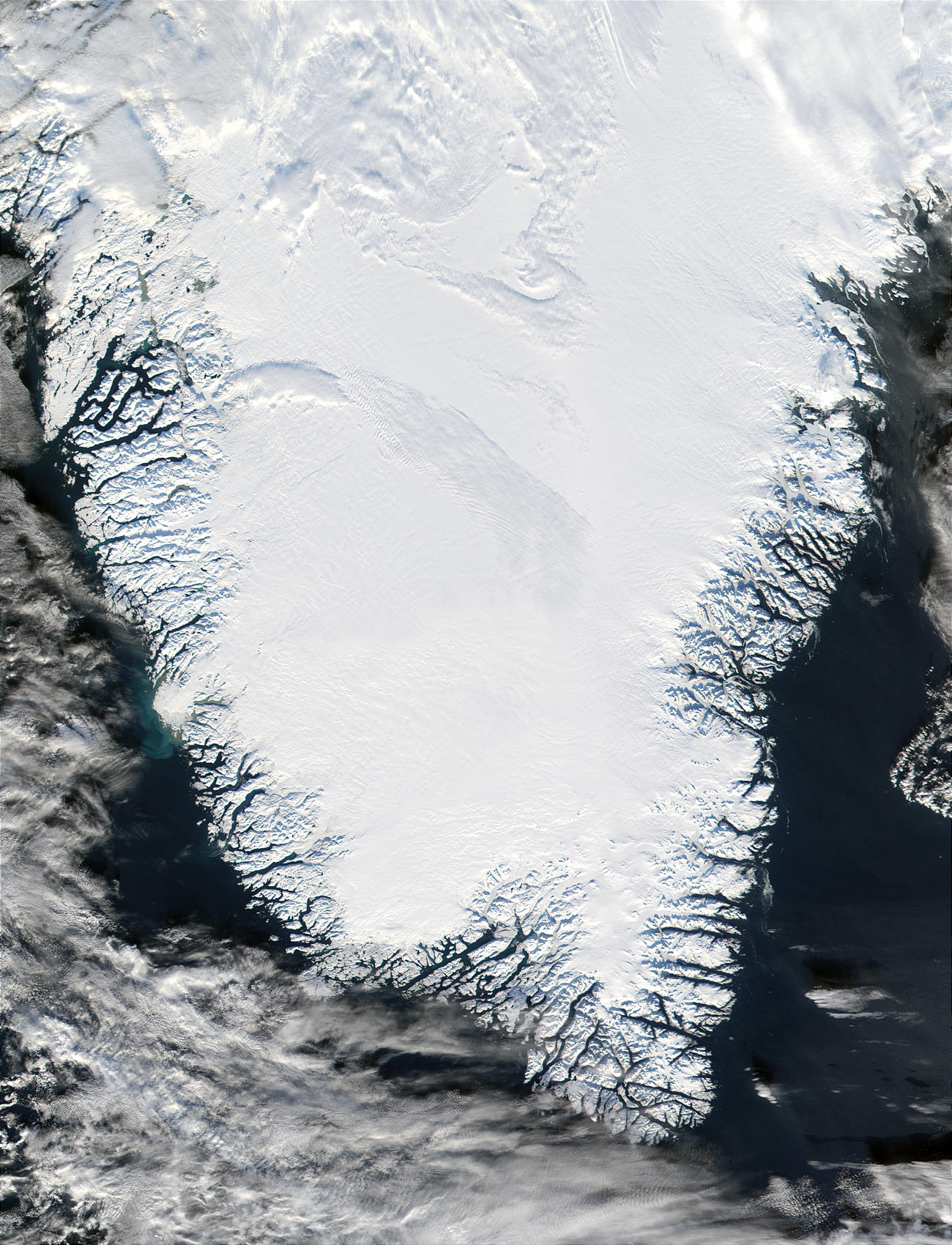 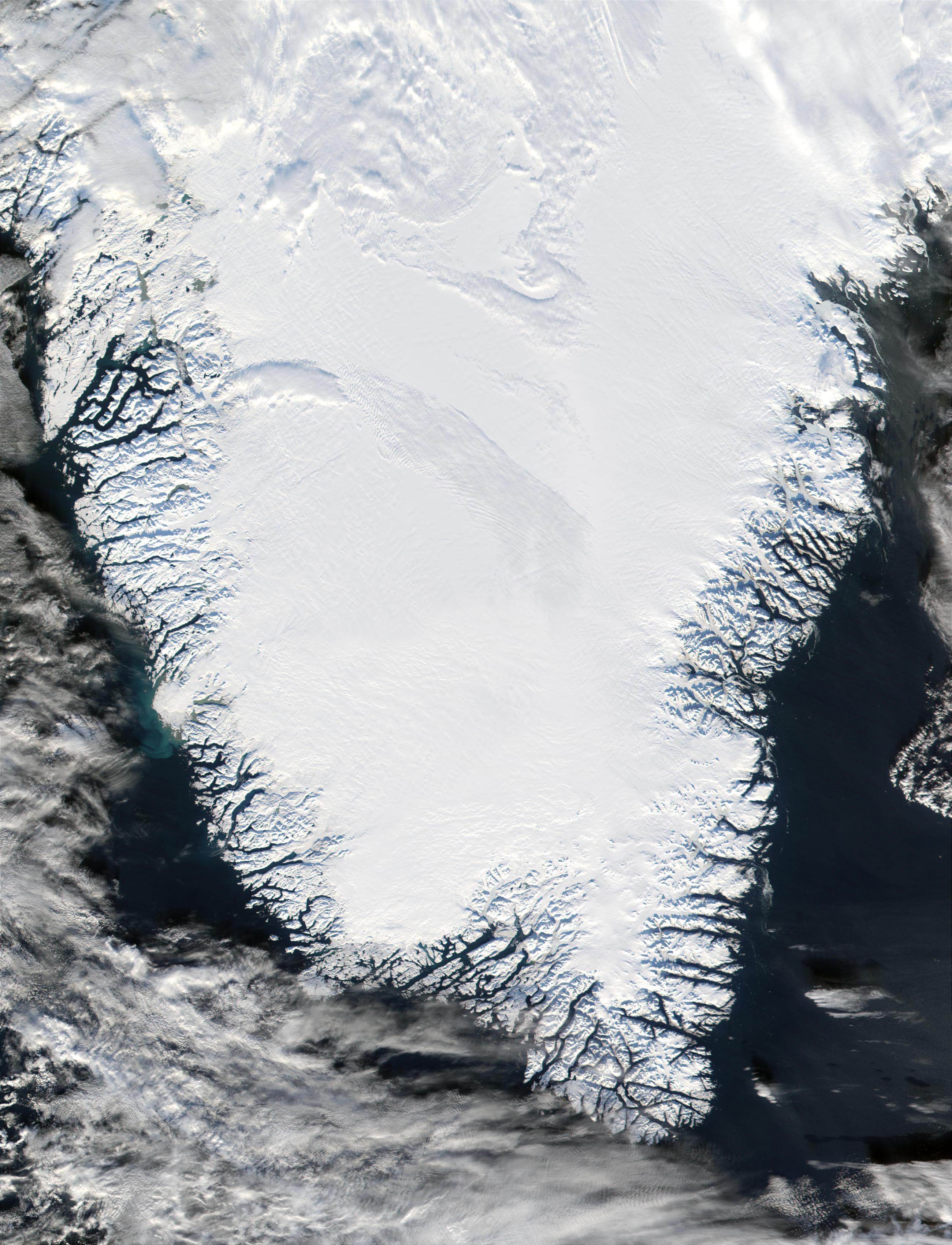 Between the Arctic Ocean to the North and the Atlantic to the South, the island of Greenland remains covered in snow and ice throughout the year except for small portions of the coast line that thaw briefly in the summer. This true-color image from November 2, 2001, shows that even the southern tip of Greenland is back to winter, with even the rugged coastline snow-covered once again. About halfway up the western coastline, a phytoplankton bloom is occurring in the Davis Strait, coloring the water blue-green.