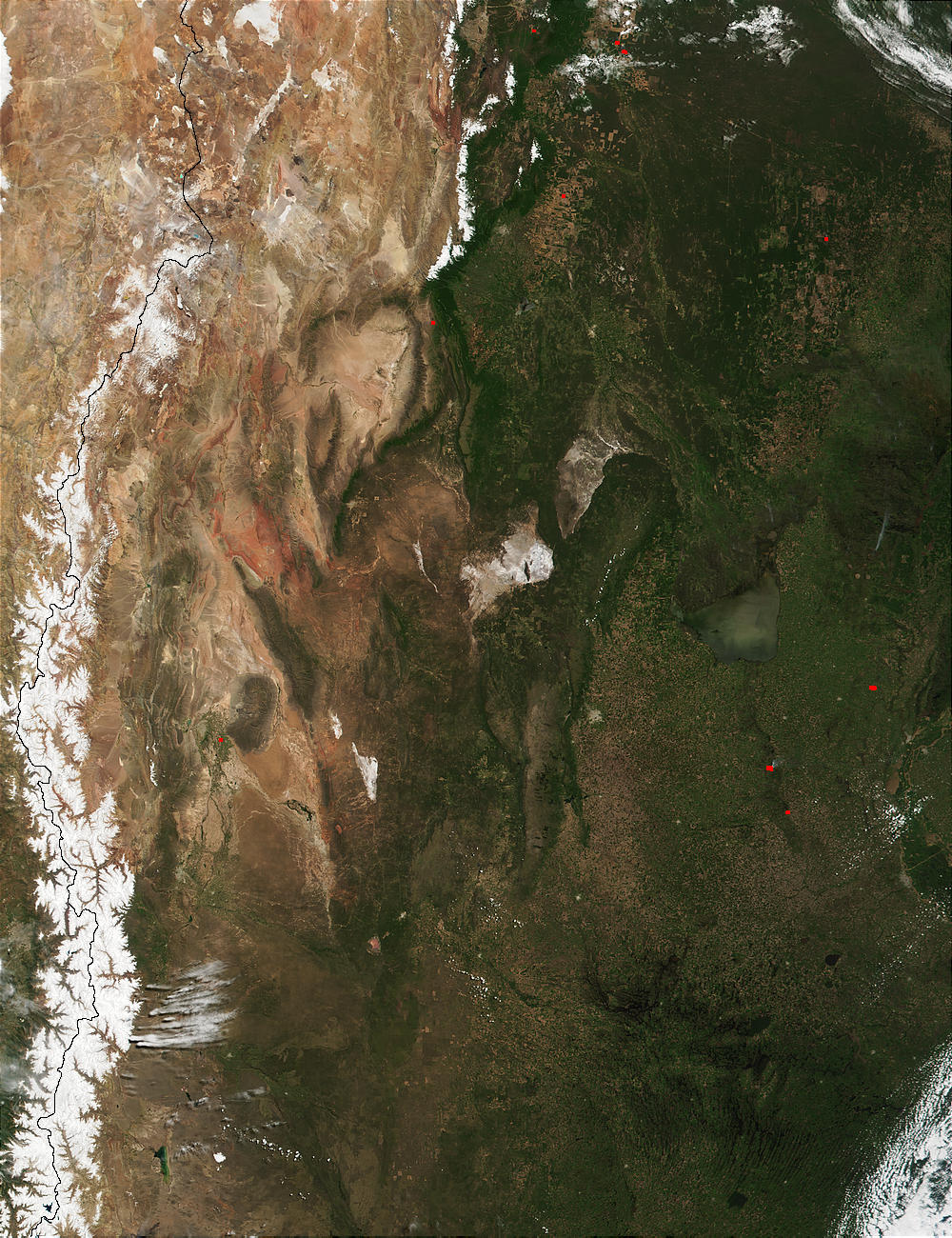 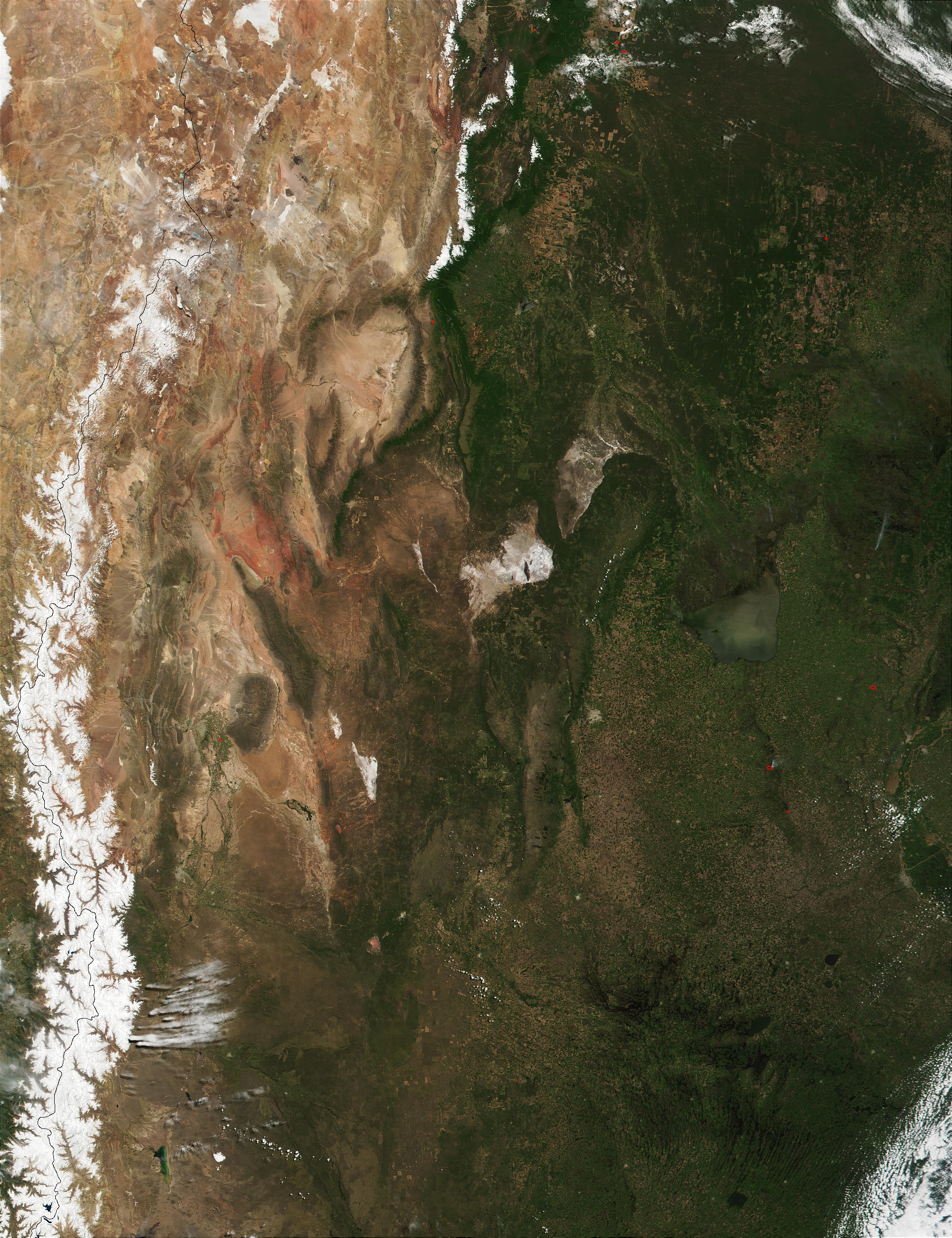 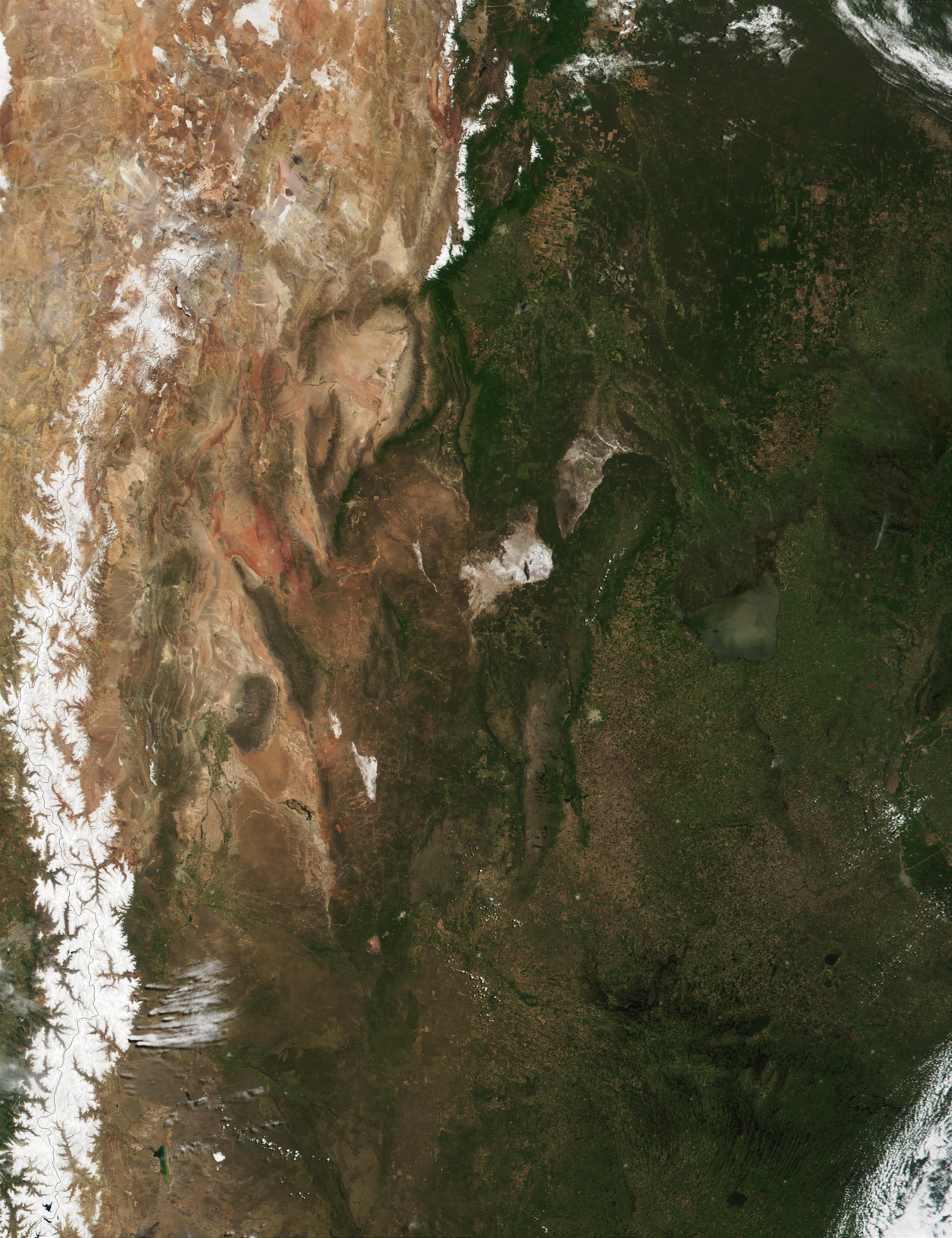 Separating Chile (left) from Argentina (right) in the True-color MODIS image from October 30, 2001, the Andes Mountains run the length of the western coast of South America. Although much of the snow will leave the mountains when summer arrives, many of the high peaks will retain snow year round. The portion of the Andes seen in this image includes the highest points in the range, including Aconcagua, the highest point in the western hemisphere at 22,834ft.

Located at image right, roughly halfway down is Laguna Mar Chiquita, a large saltwater lake fed mostly by the Dulce River, coming in from the north. Along the northern coast of the Lake are extended wetlands, on all other sides, much of the land is used for agriculture, cattle grazing or timber.

In the center of the image, two impermanent salt lakes stand out in white and light brown against the vegetation. The northernmost one, Salinas de Ambargasta (sal in Spanish="salt") appears almost totally dry, but some water remains in Salinas Grandes to the southwest.