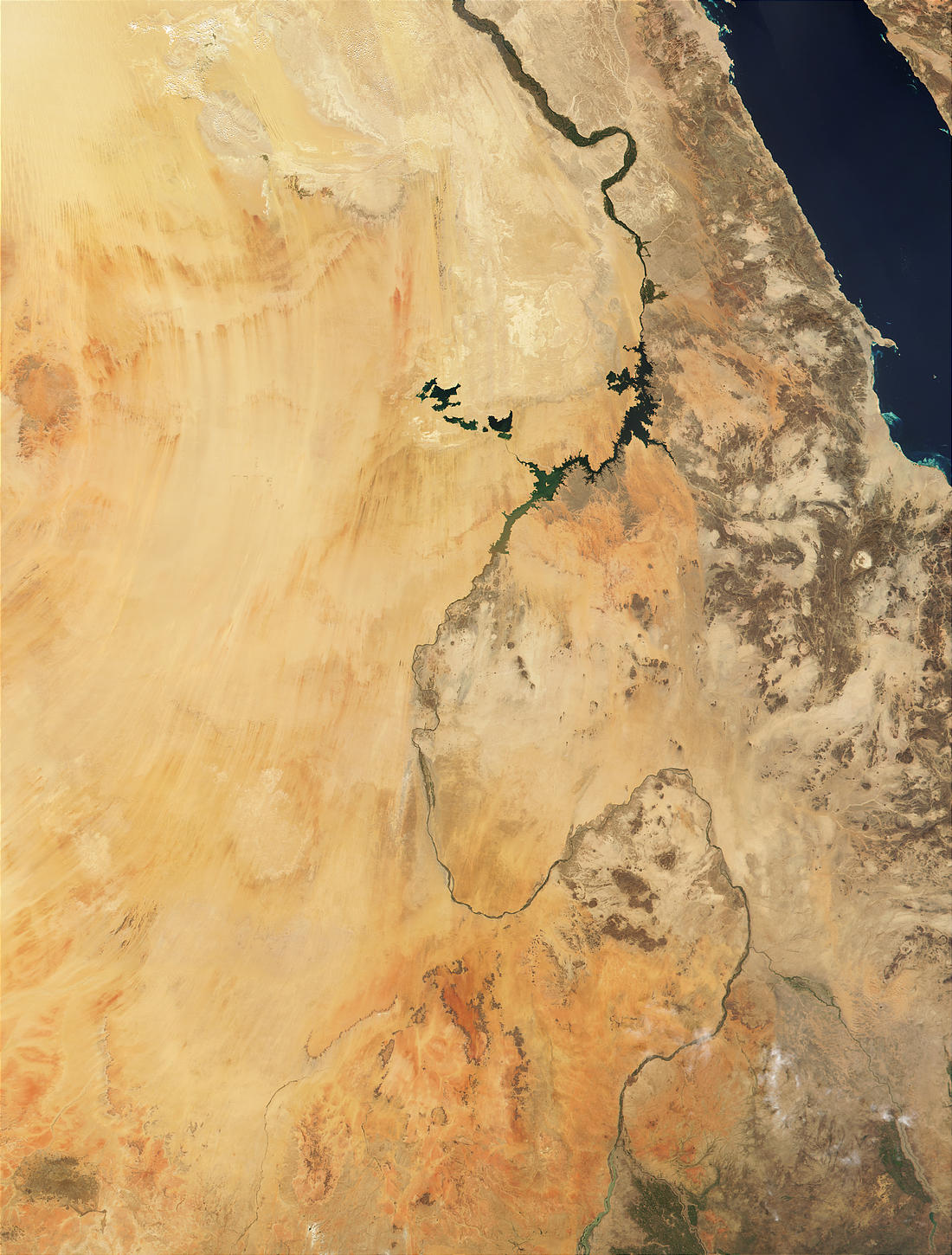 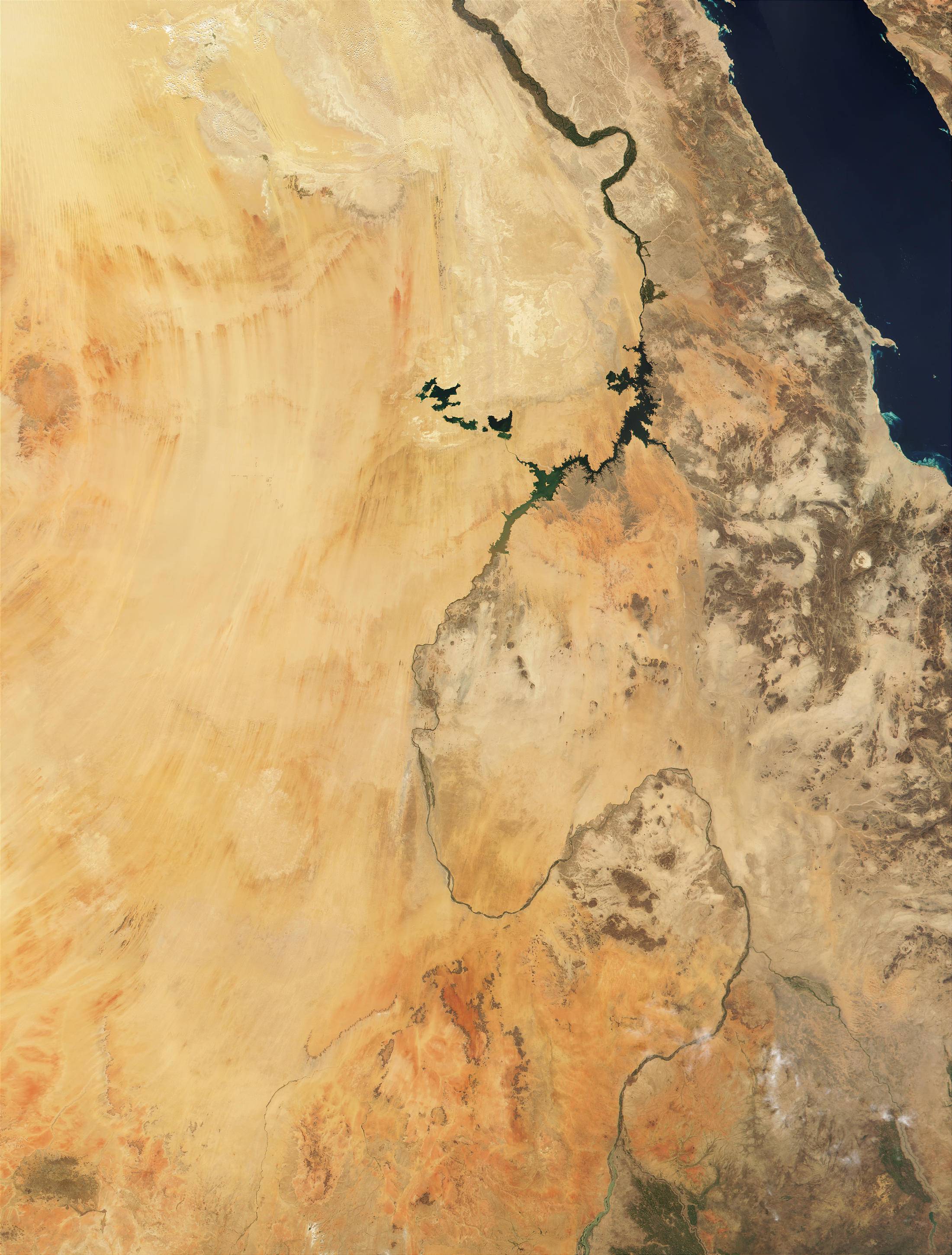 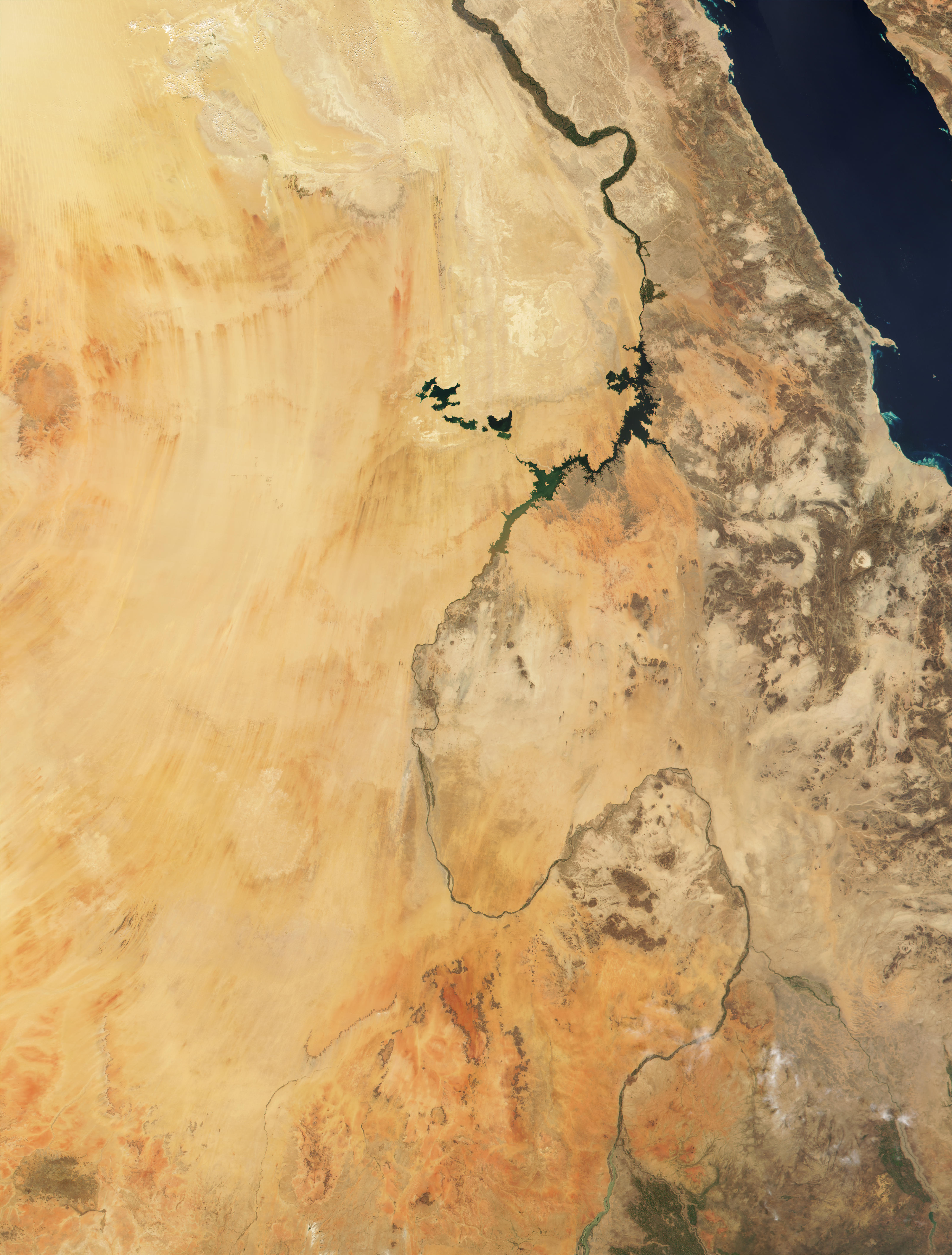 The Nile in Egypt and Sudan

Flowing northward for over 6,500 kilometers (4,039 miles), the Nile is the longest river in the world. The Nile makes life in a desert possible, and is used to irrigate farmland and even support a fishing industry.Lake Nassar (swollen spot in the river) is a reservoir held back by the Aswan Dam, and its fishing industry produces thousands of tons of fish each year. Like the major dam projects along the Colorado River in the western United States, the numerous dams along the Nile allow water storage and irrigation that support farming in a larger region, which would otherwise be mostly desert. Also like the Colorado, this has come at an environmental cost. Habitat loss for animals and plants as well as loss of fertile soil previously deposited in annual floods are major problems for the region. These images were acquired on October 30, 2001, and June 12, 2002, and show the Nile is southern Egypt.