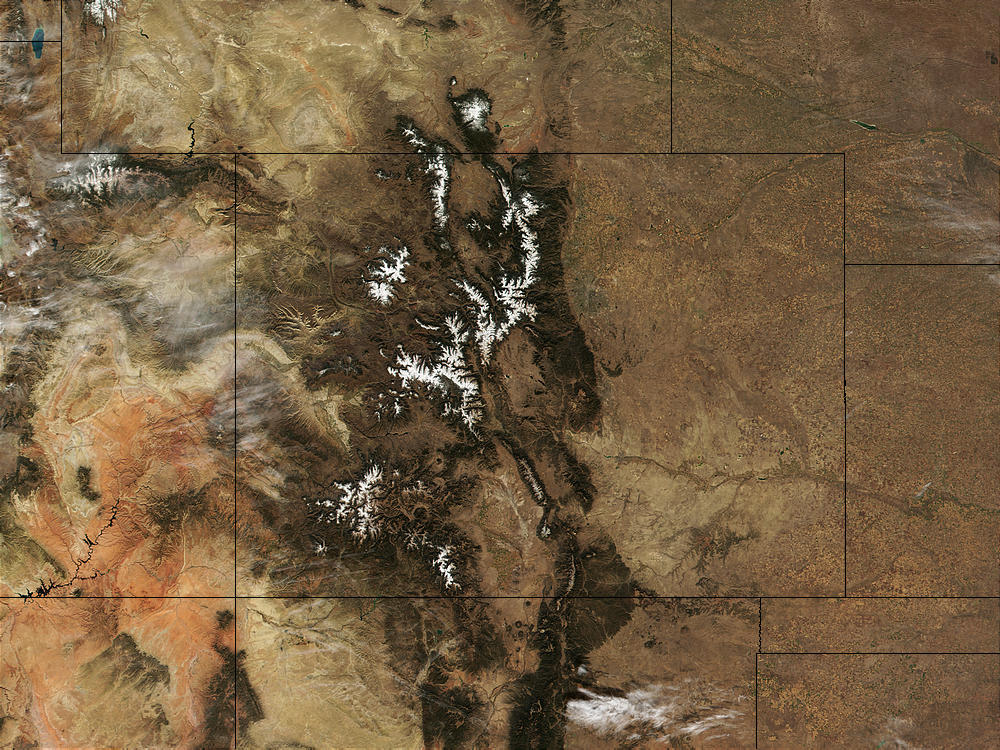 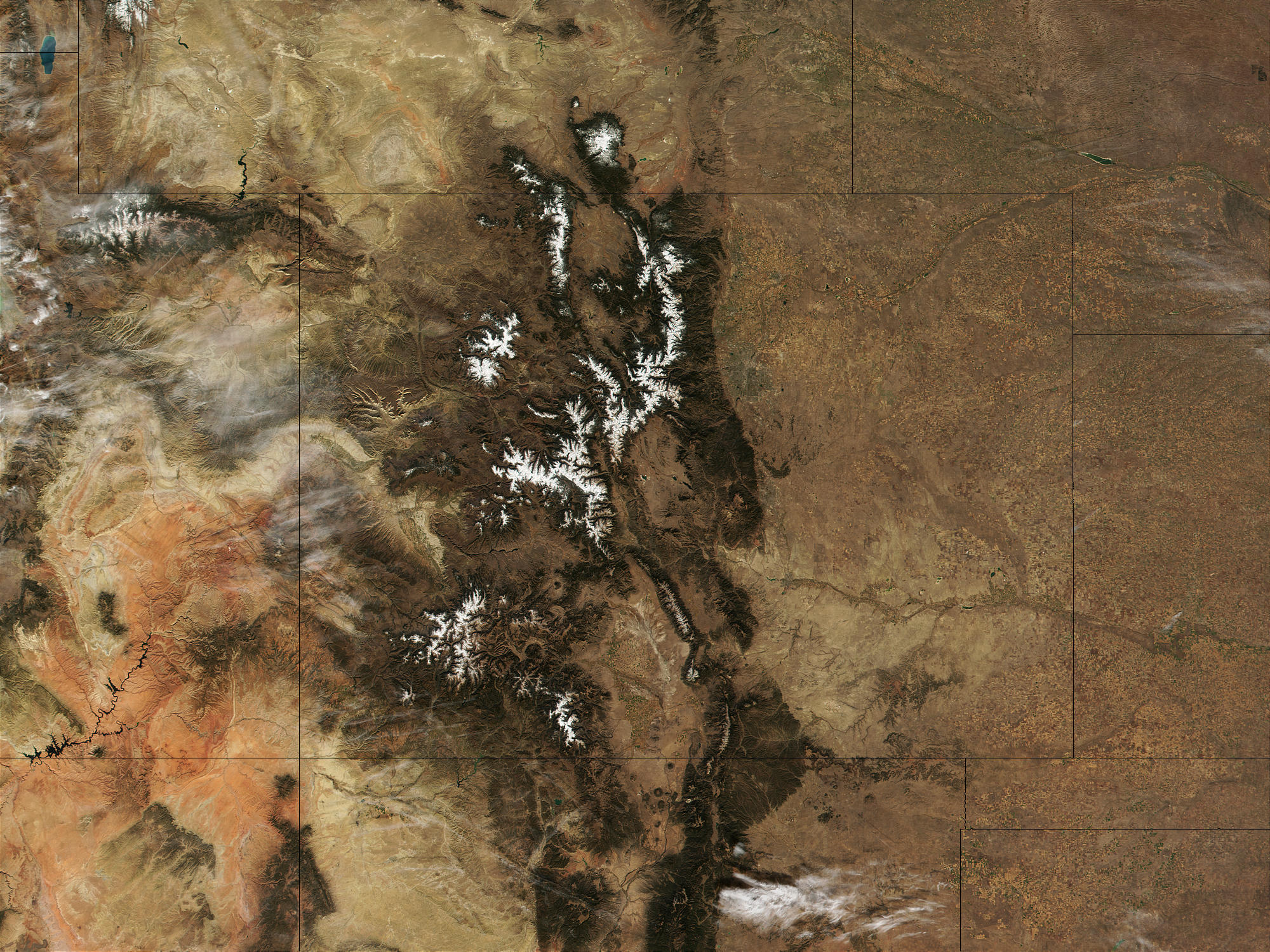 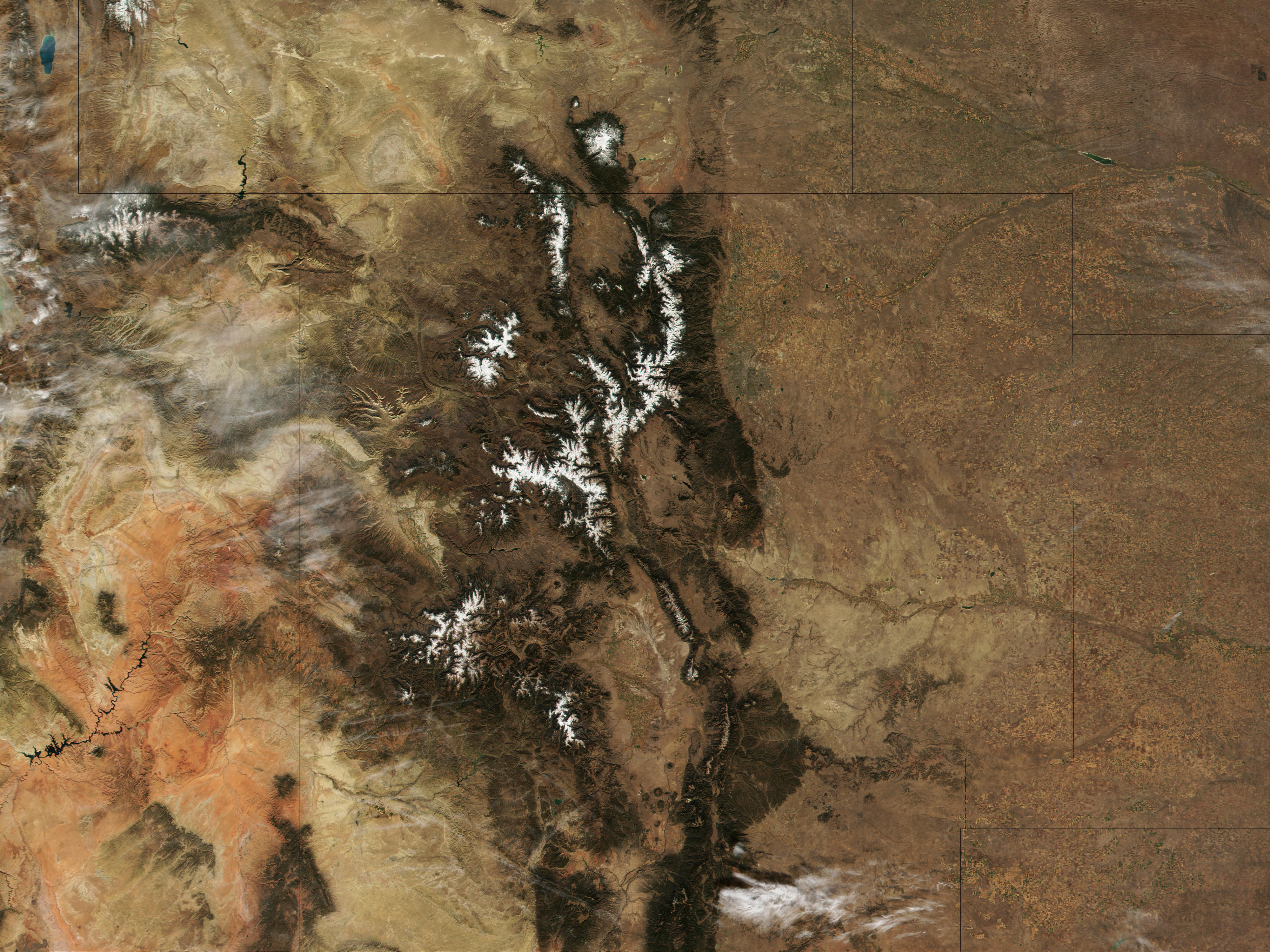 An early-season snowfall accents the Rocky Mountains through western and central Colorado. This true-color image made from data collected by MODIS on October 26, 2001, highlights the contrast between various irrigated areas and the otherwise dry environment at the foothills of the Rockies. One such example is the city of Denver and its outlying suburbs, which can be seen best in the high-resolution image. In areas that would normally harbor drought-tolerant grasses, shrubs and trees, humans are living, watering their lawns, and farming; those watered, green areas differ substantially from the surrounding hues of brown.

Numerous National Parks and Monuments dot the Southwestern U.S. The Great Sand Dunes National Monument is one such park. Running along the western base the Sangre de Cristo Range(just below the image's center), a subsection of the Rockies, the monument possesses some of the highest inland sand dunes in the U.S., with crests reaching over 700 feet.