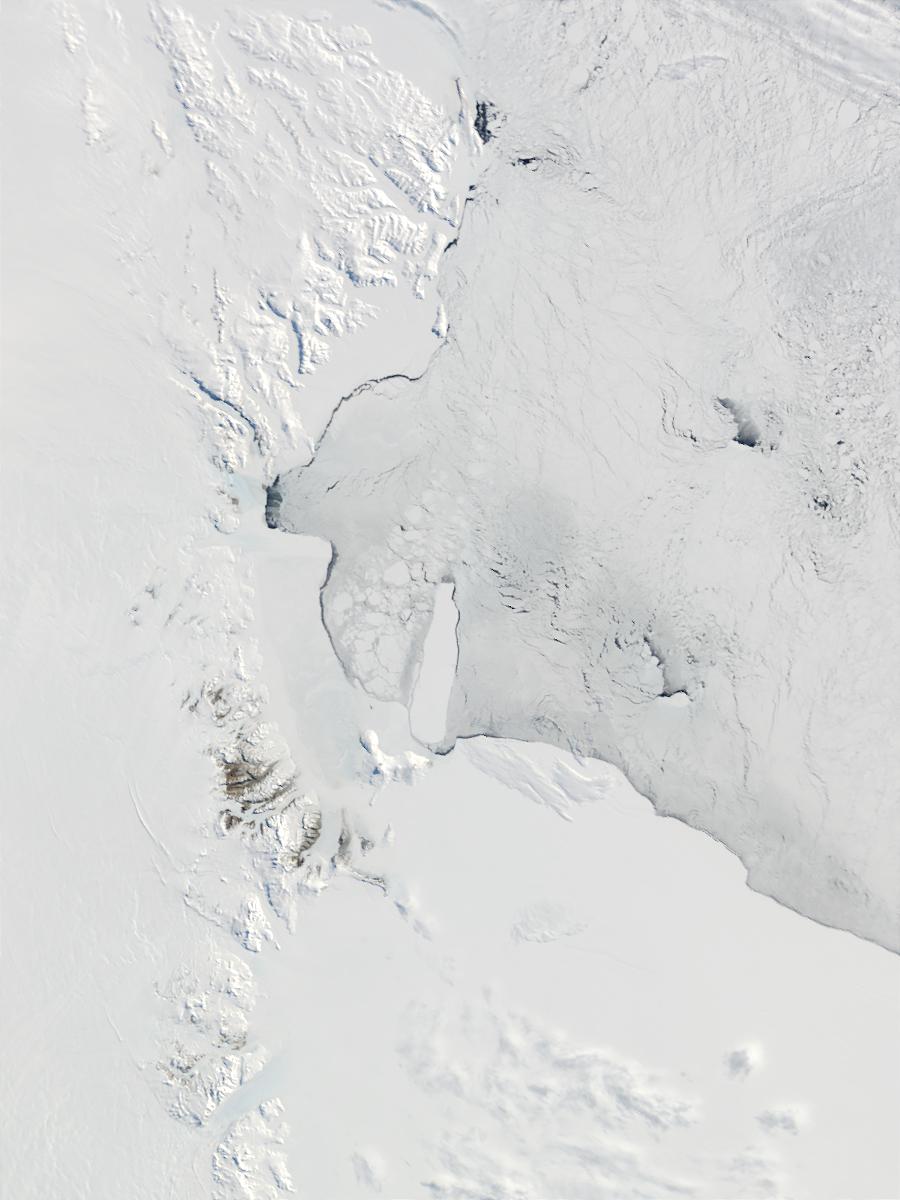 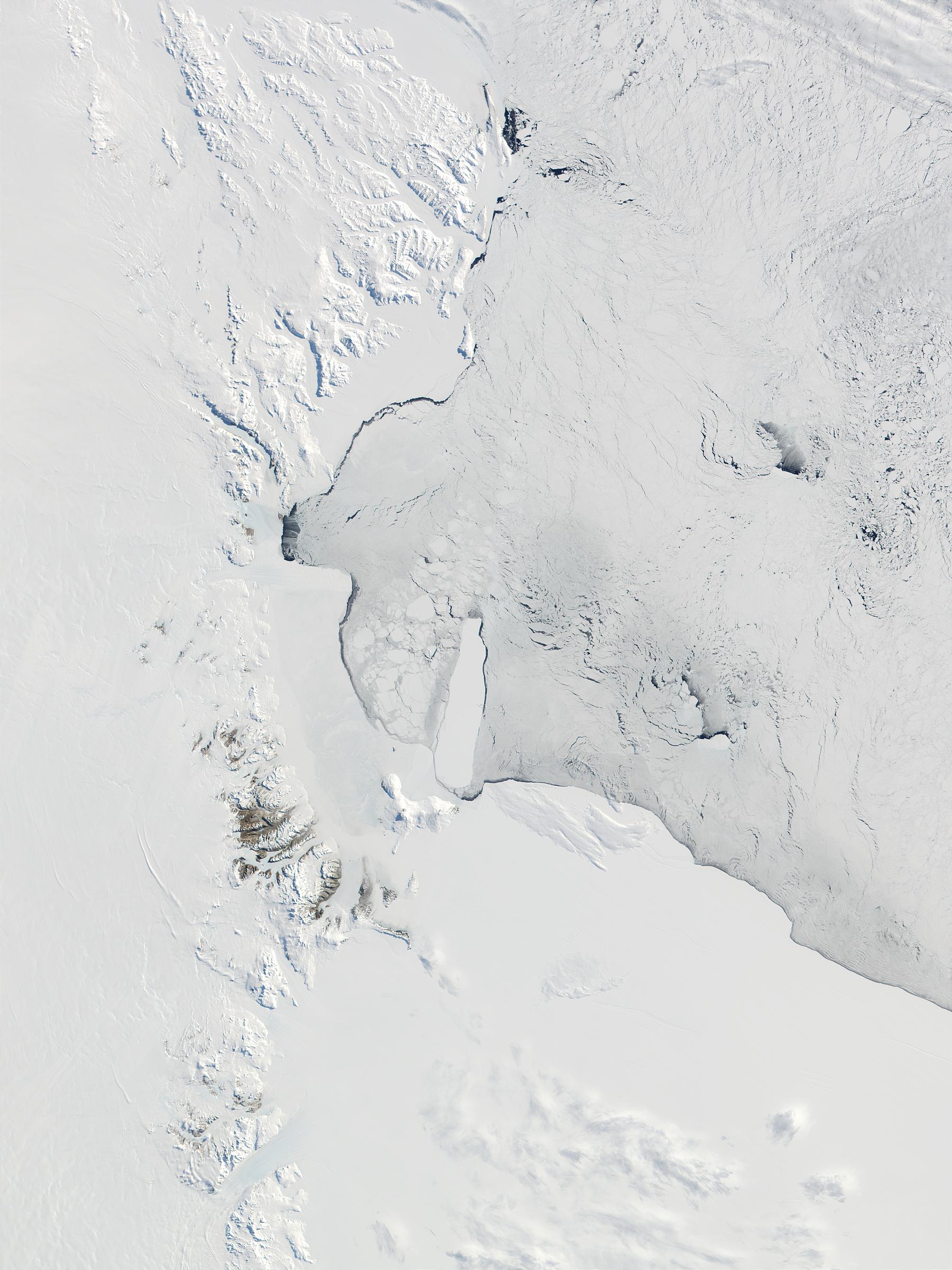 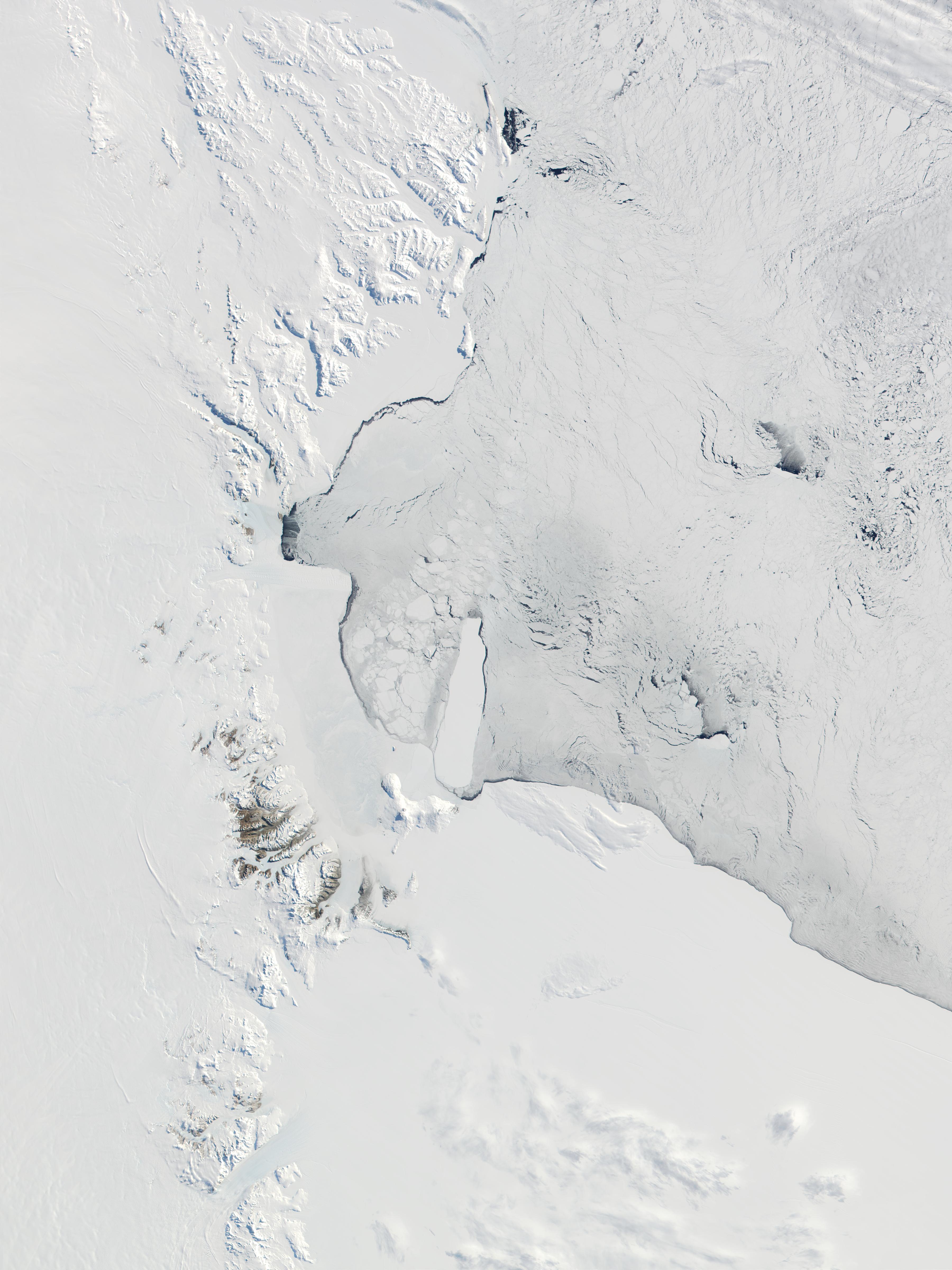 This true-color MODIS image, acquired from data collected on October 12, 2001, displays the northwestern portion of the Ross Ice Shelf. Spanning nearly 600 miles in length, and achieving a thickness of 3000 feet in certain areas, the Ross Ice Shelf is the largest ice shelf in the world. Beginning at the top of the image and running south are the Prince Albert Mountains, which mark Antarctica's western coastline with the Ross Sea, the body of water occupying the upper-right area of the image. Everything east of those mountains that appears to be land is actually the Ross Ice Shelf.

Just to the left of center in this image there are several pieces of sea ice separating from the Ice Shelf. Directly south of that sea ice is Ross Island, which is completely engulfed by the Ross Ice Shelf in this image. It's on Ross Island that McMurdo Station, hub of the U.S. Antarctic program which studies numerous scientific fields including marine biology, astronomy and oceanography, can be found.