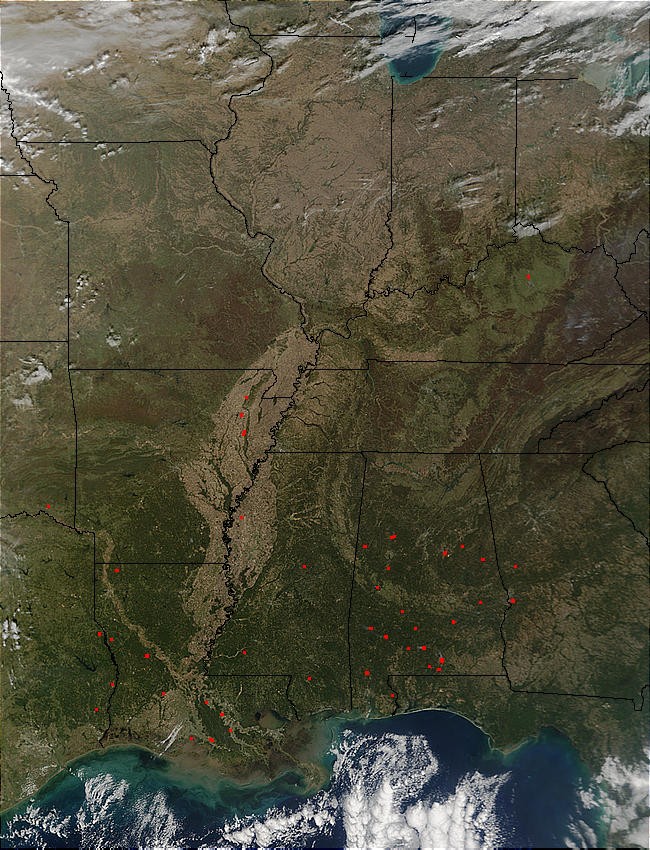 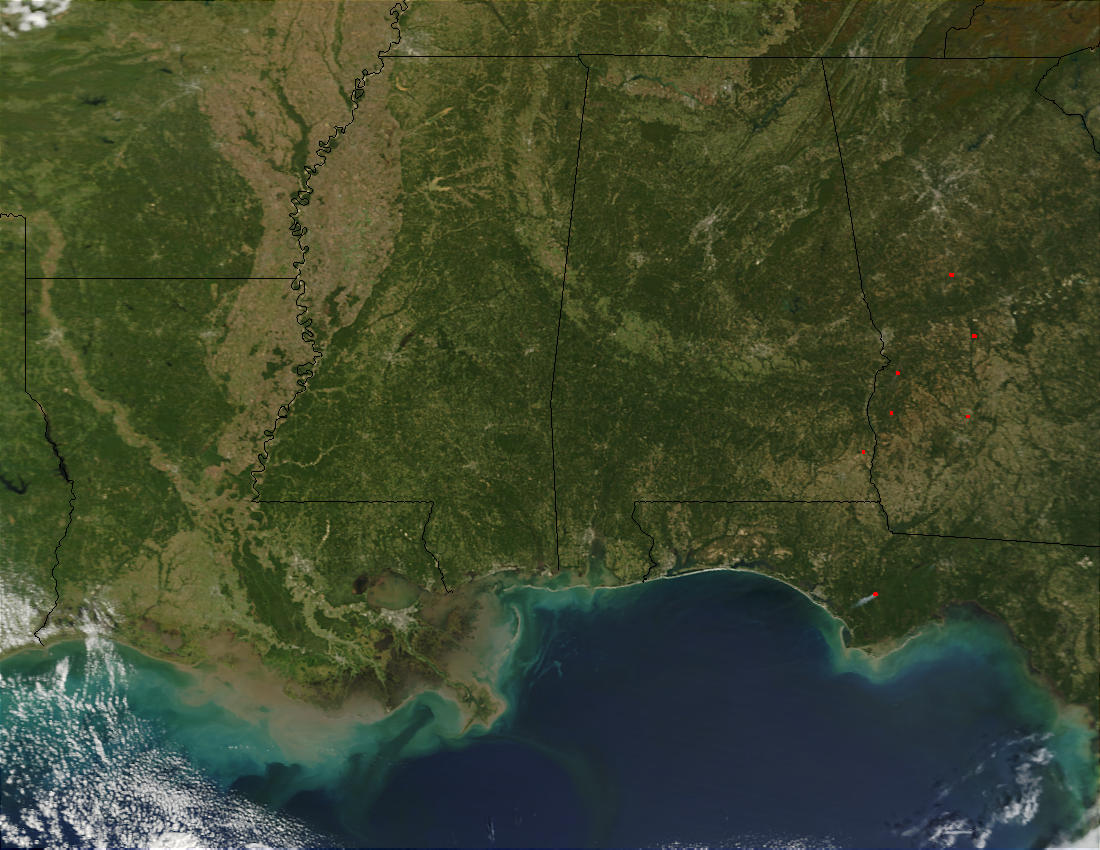 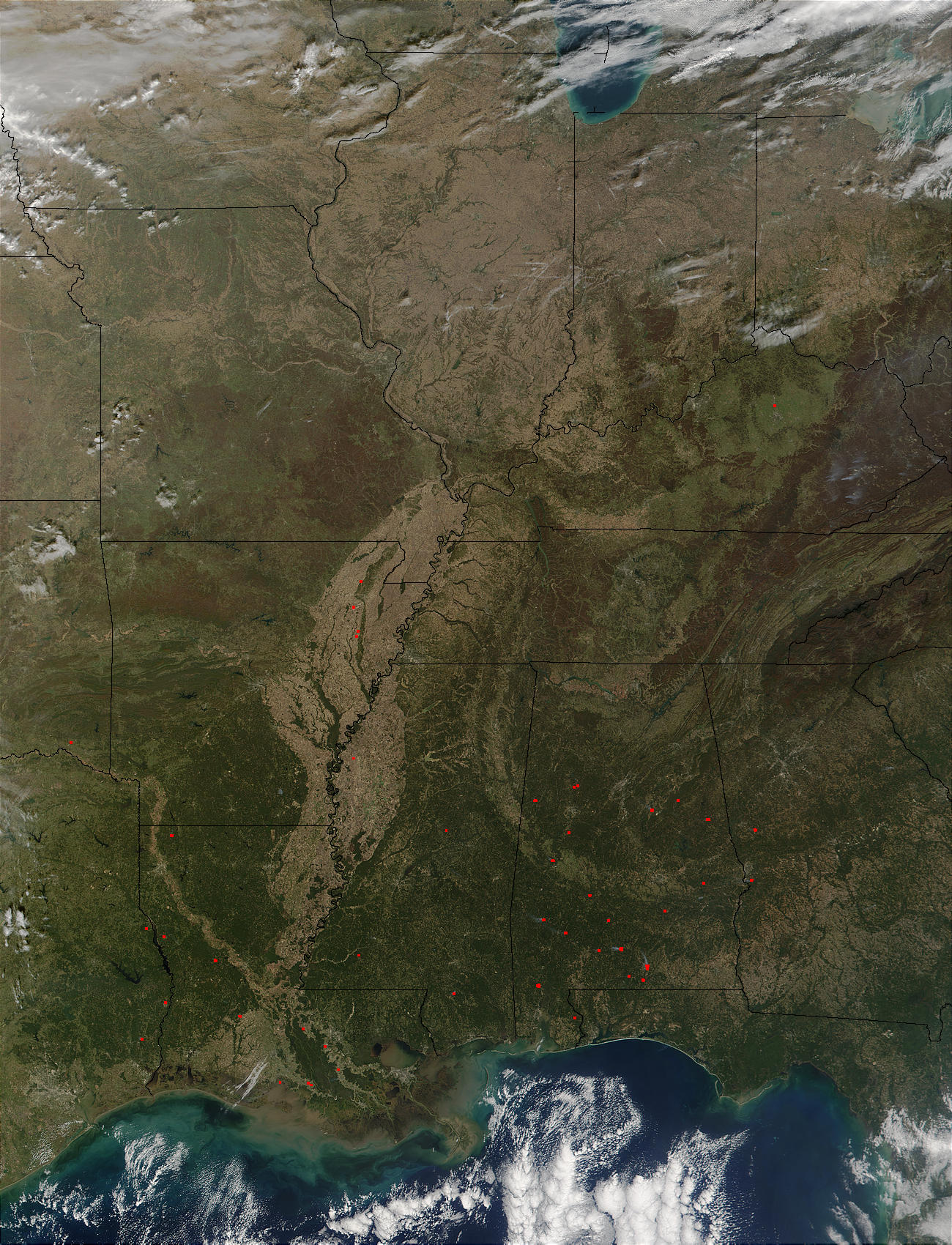 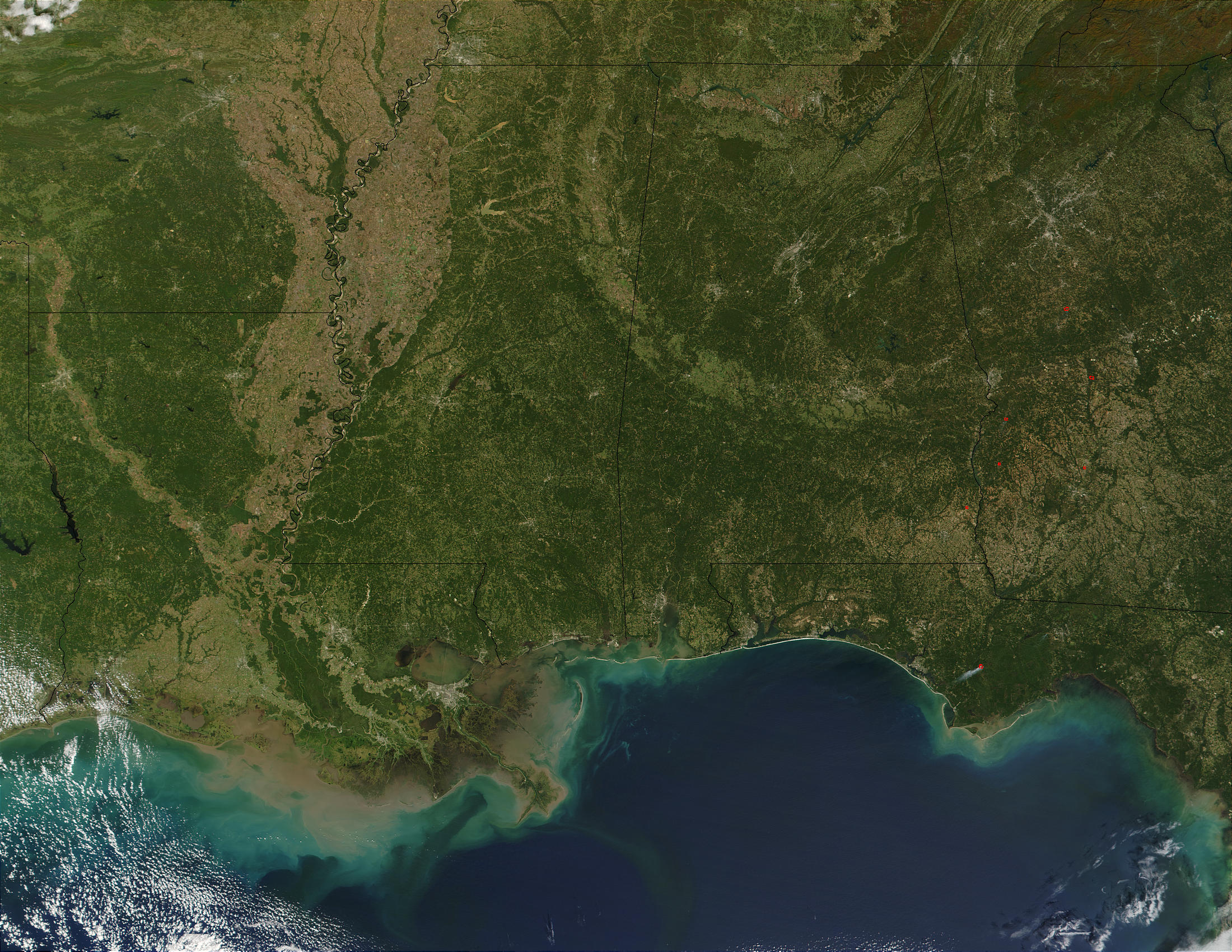 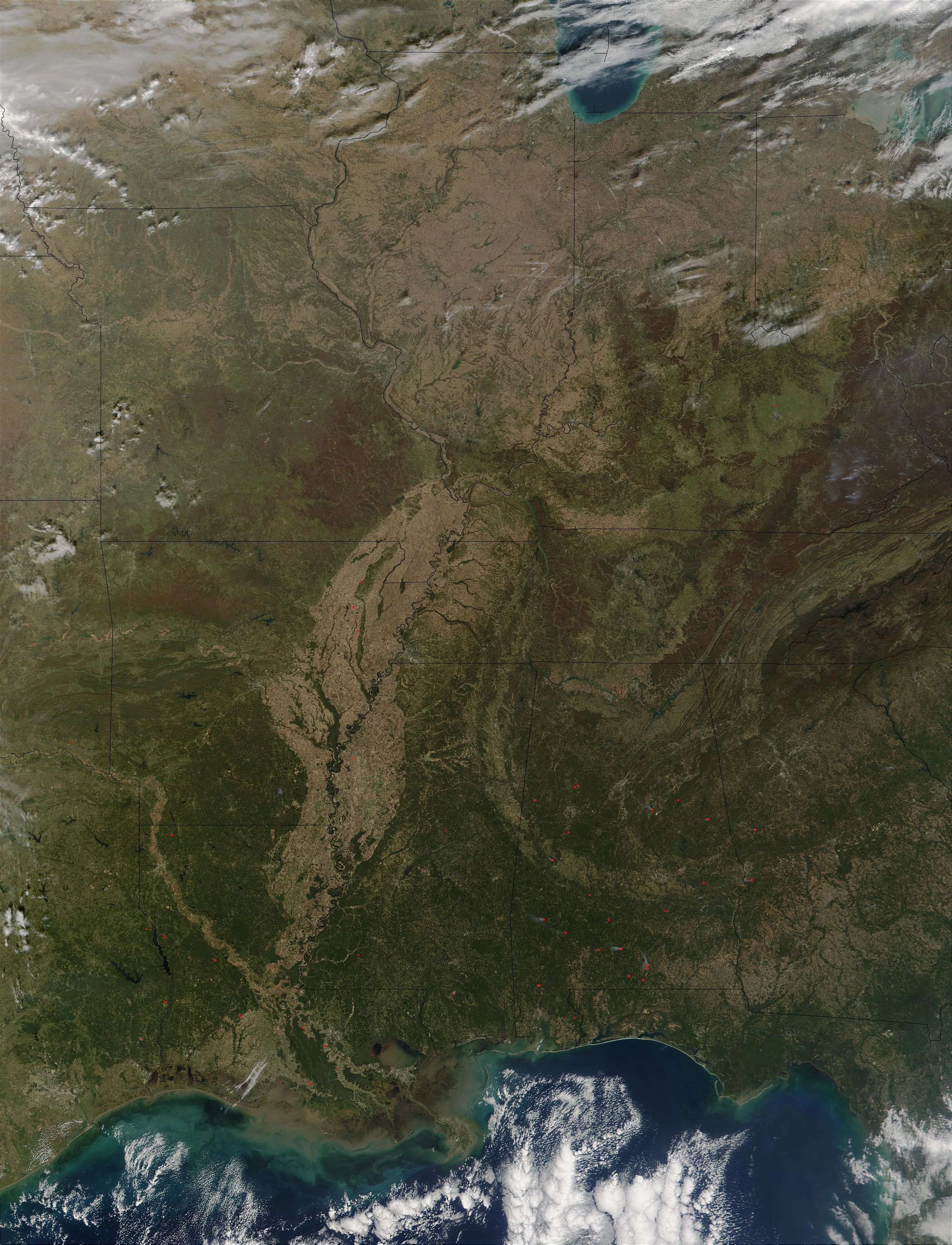 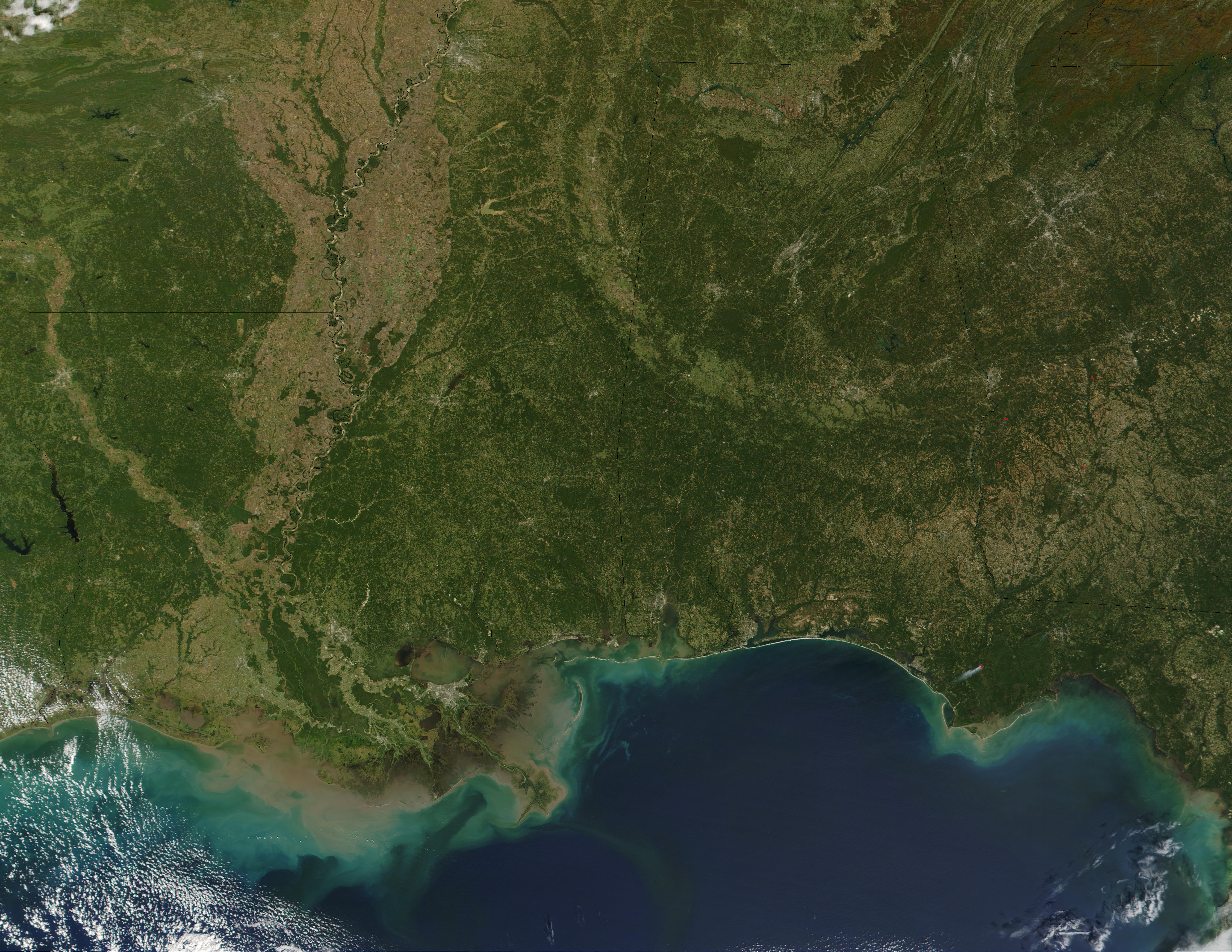 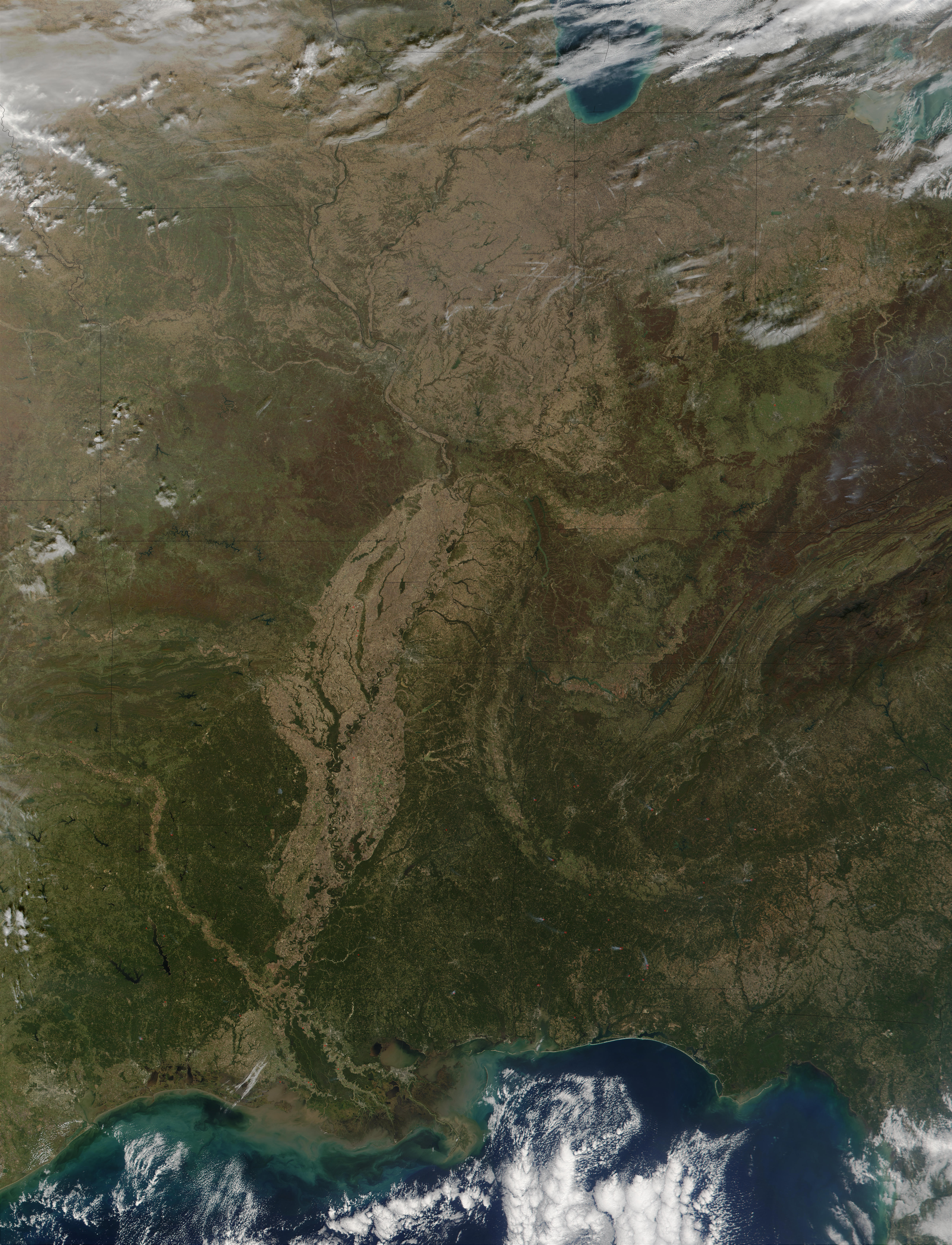 The Mississippi River delta teems with sediment deposited by the river as it flows into the Gulf of Mexico in this true-color image captured by MODIS on October 15, 2001. The sediment, which is marked by brown swirls in the Gulf, provides nutrients for the bloom of phytoplankton visible as blue-green swirls off the coastline.

In the high-resolution image the city of Memphis can be seen in the southwest corner of Tennessee, which is just to left of center at the top of the image. The brown coloration that encompasses Memphis and either side of the river, as flows north to south along the left side of the image, is the river's flood plain. Also visible, in the upper-right hand corner of the image is the southern end of the Appalachian Mountains.