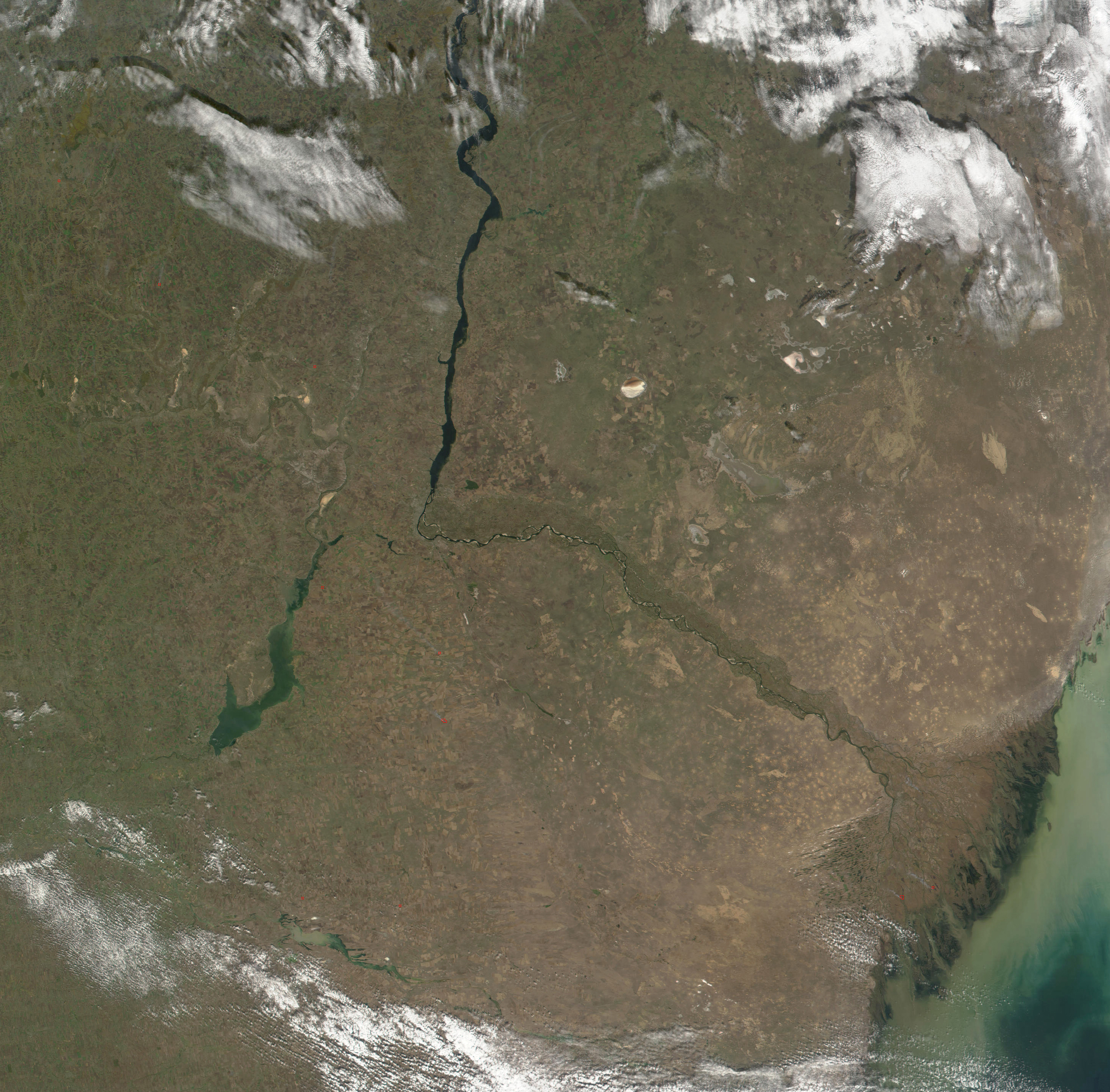 The Volga River in western Russia is the longest river in Europe, and it has enormous economic, cultural, and environmental significance in the region. This true color MODIS image from October 10, 2001, shows the Volga River running south through the center of the image before turning eastward to empty into the Caspian Sea. The Volga River has a low gradient, and thus is a relatively-moving river. Most of the river and many of its hundreds of tributaries are navigable, and it is an important transportation route in the area.

The Volga empties into the Caspian Sea via a wide delta, and in this image, the river appears to be carrying large quantities of sediment, which turn the water brownish-yellow. In the high-resolution image, the extensive agricultural development that the Volga makes possible can be seen in the rectangular patchwork of vegetated and unvegetated land.