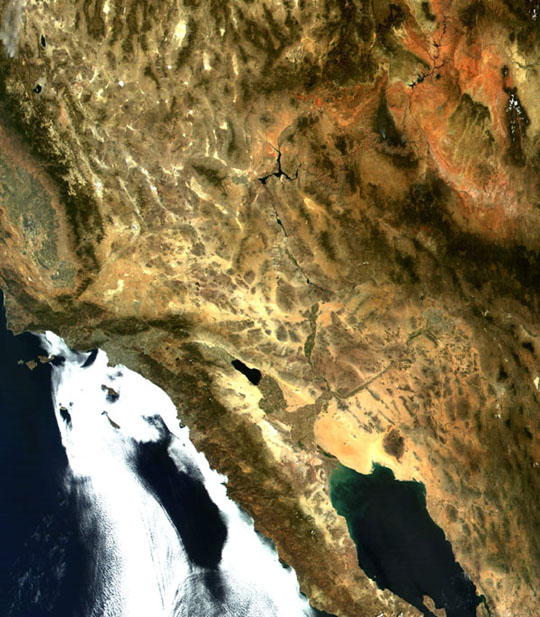 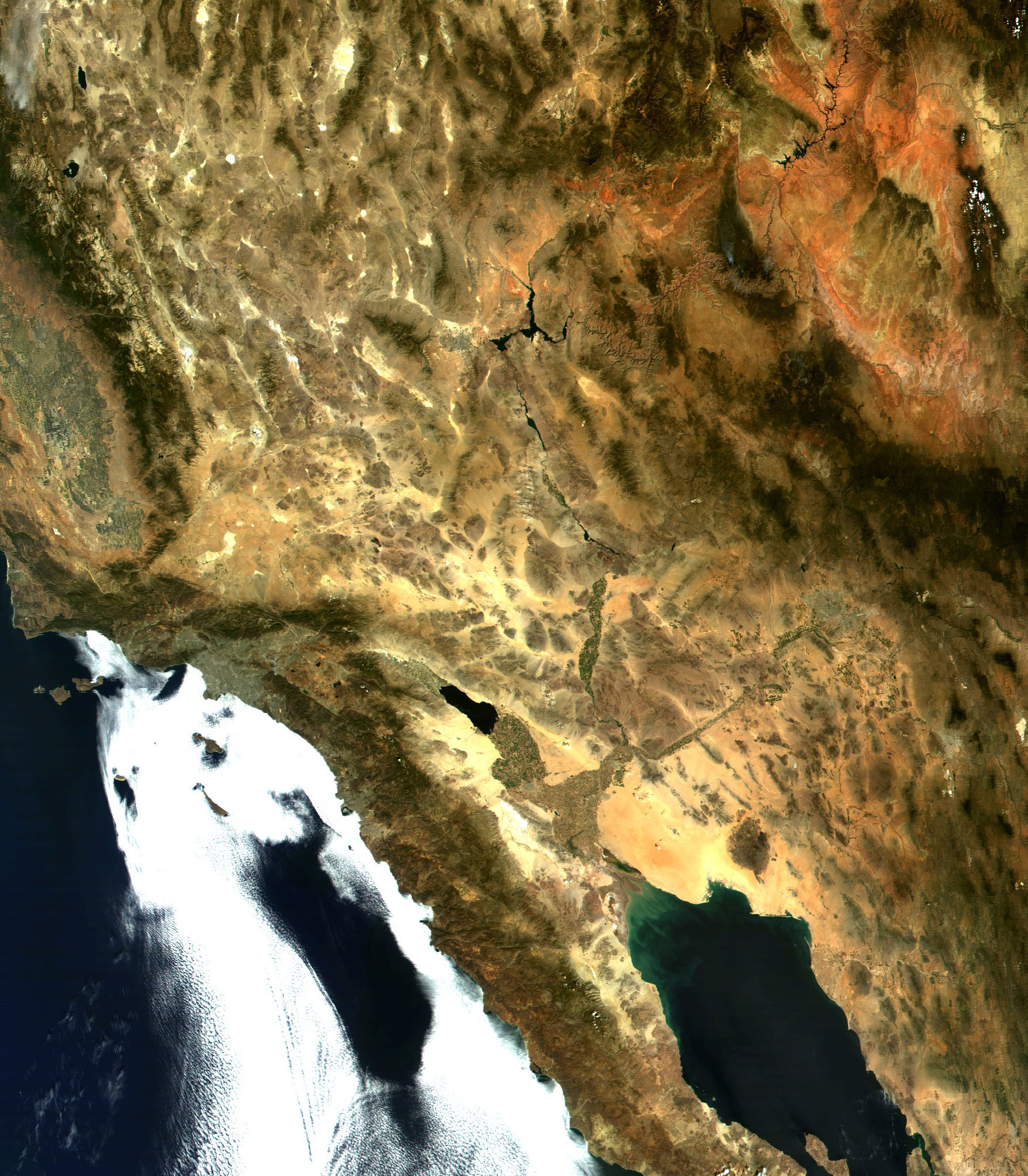 This clear view of the western United States from September 27, 2001, highlights the wide variety of landscapes in the region. At the upper right is the pink, arid landscape of the Colorado Plateau, through which the grand Canyon of the Colorado River runs. At the far left, California's irrigated San Joaquin Valley stand out in brighter green compared to the forested Sierra Nevada Mountains to its east. At the southeast end of the Valley, the barren Mojave Desert makes a wedge into the mountains. South of the Mojave, a large area of grayish pixels indicates the city of Los Angeles.