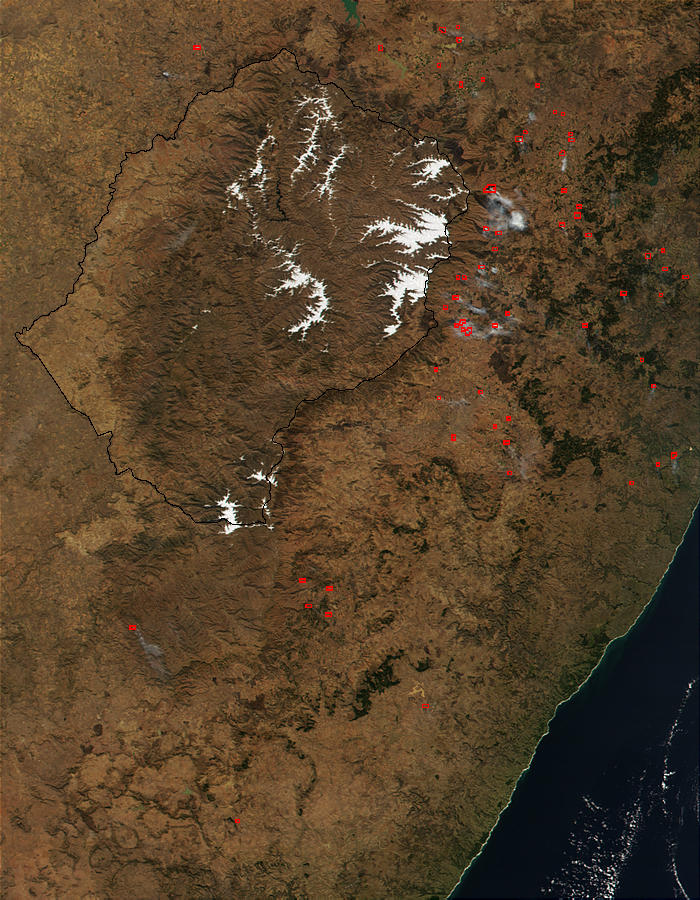 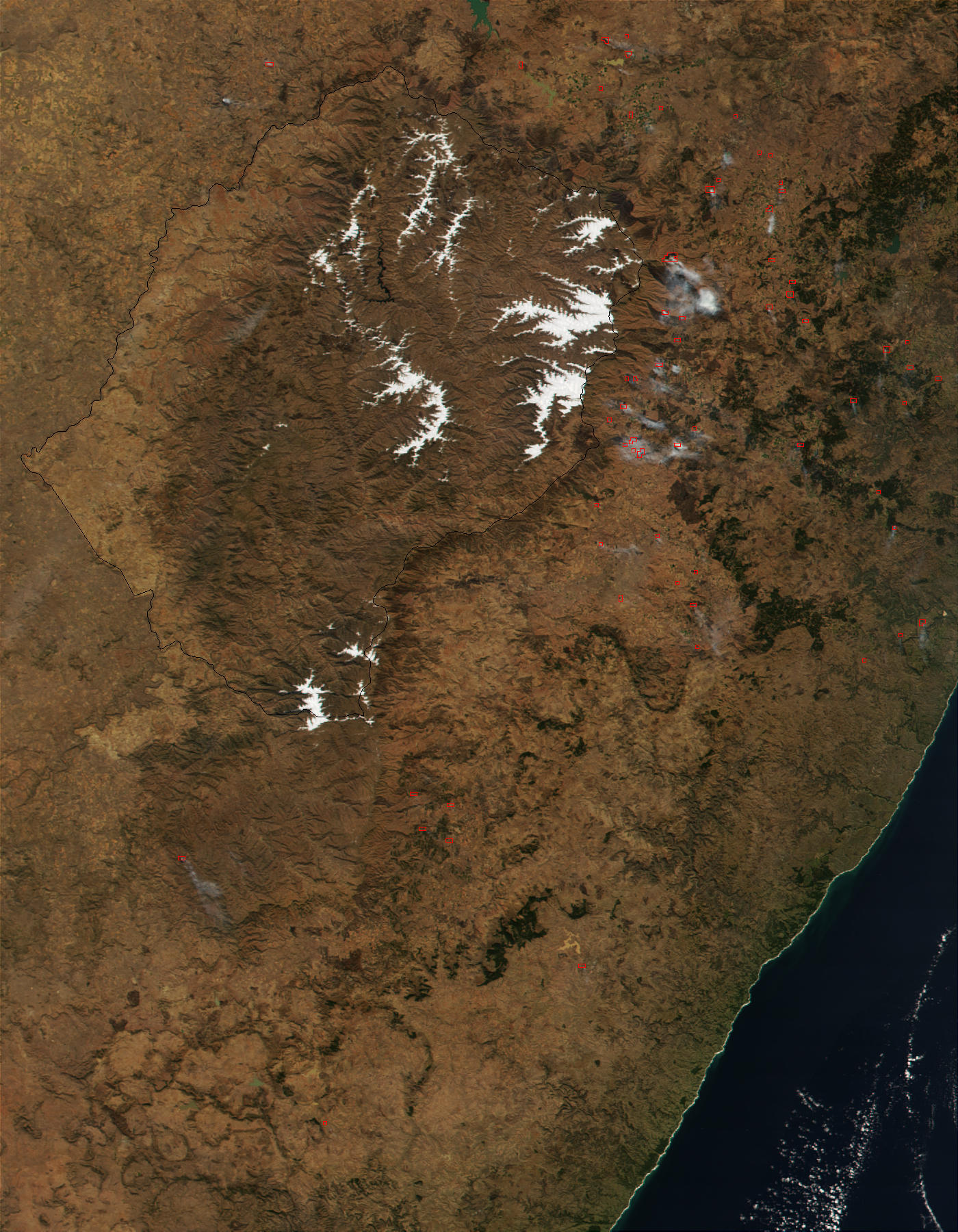 Snow in Lesotho and fires in South Africa

The warming temperatures of Southern Hemisphere spring are already chasing away a late-season snowfall that fell in Lesotho in southern Africa on September 1. Lesotho is surrounded on all sides by the Republic of South Africa. To the country's east, numerous red outlines indicate where MODIS has detected fires.