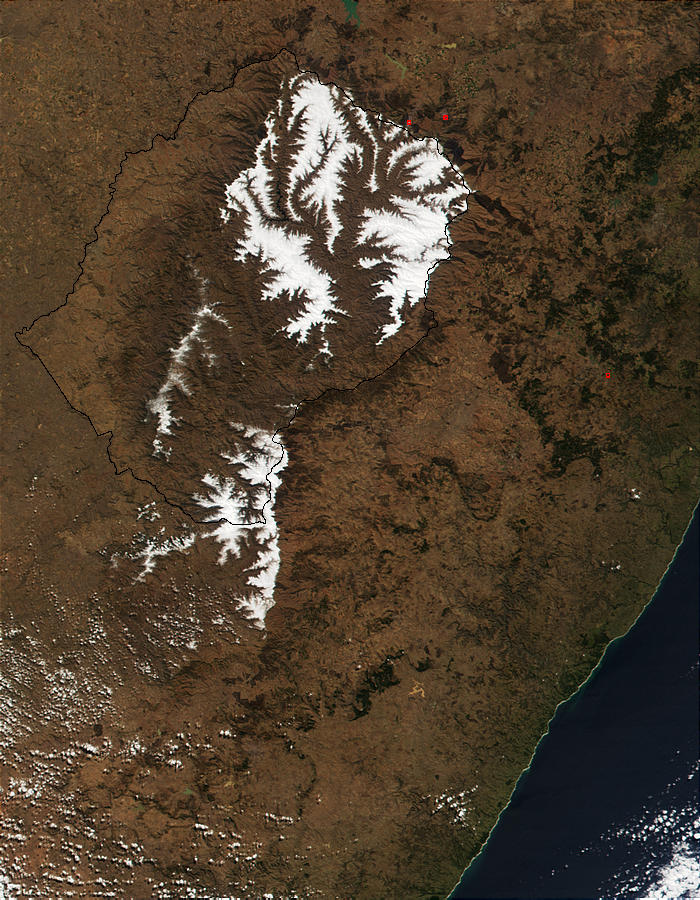 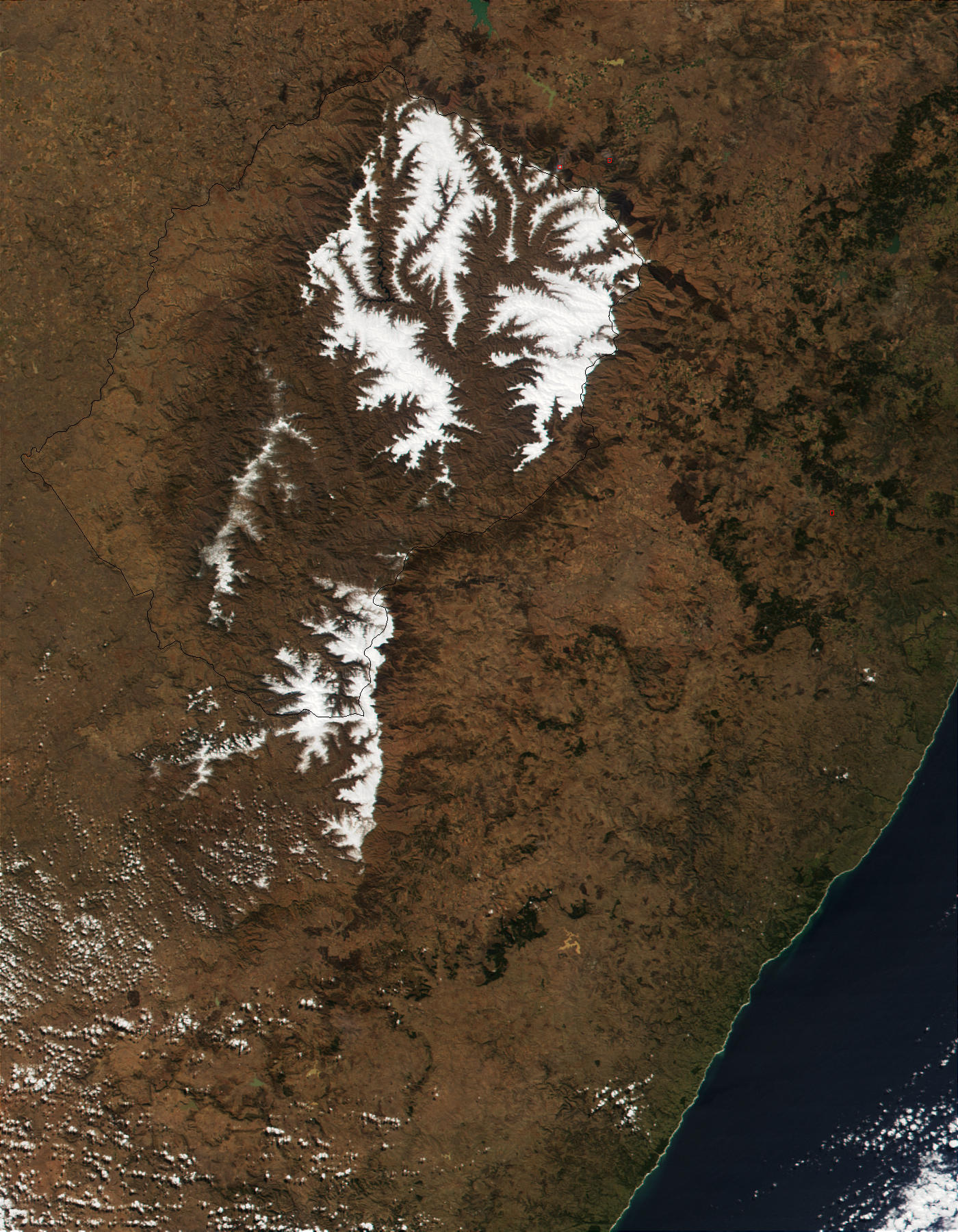 Dramatic against the brown landscape of semi-arid southern Africa, a late-season snowfall in the country of Lesotho stands out in bright white in this true-color MODIS image from September 1, 2001. Lesotho, a roughly circular country surrounded on all sides by the Republic of South Africa, has several mountain ranges, including the Maluti range to the north; the Thaba Putsoa, to the southwest; and the Drakensberg Mountains to the south. Red outlines indicate the presence of fires.