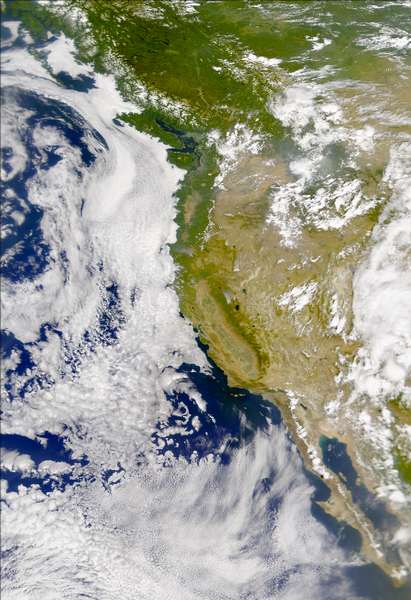 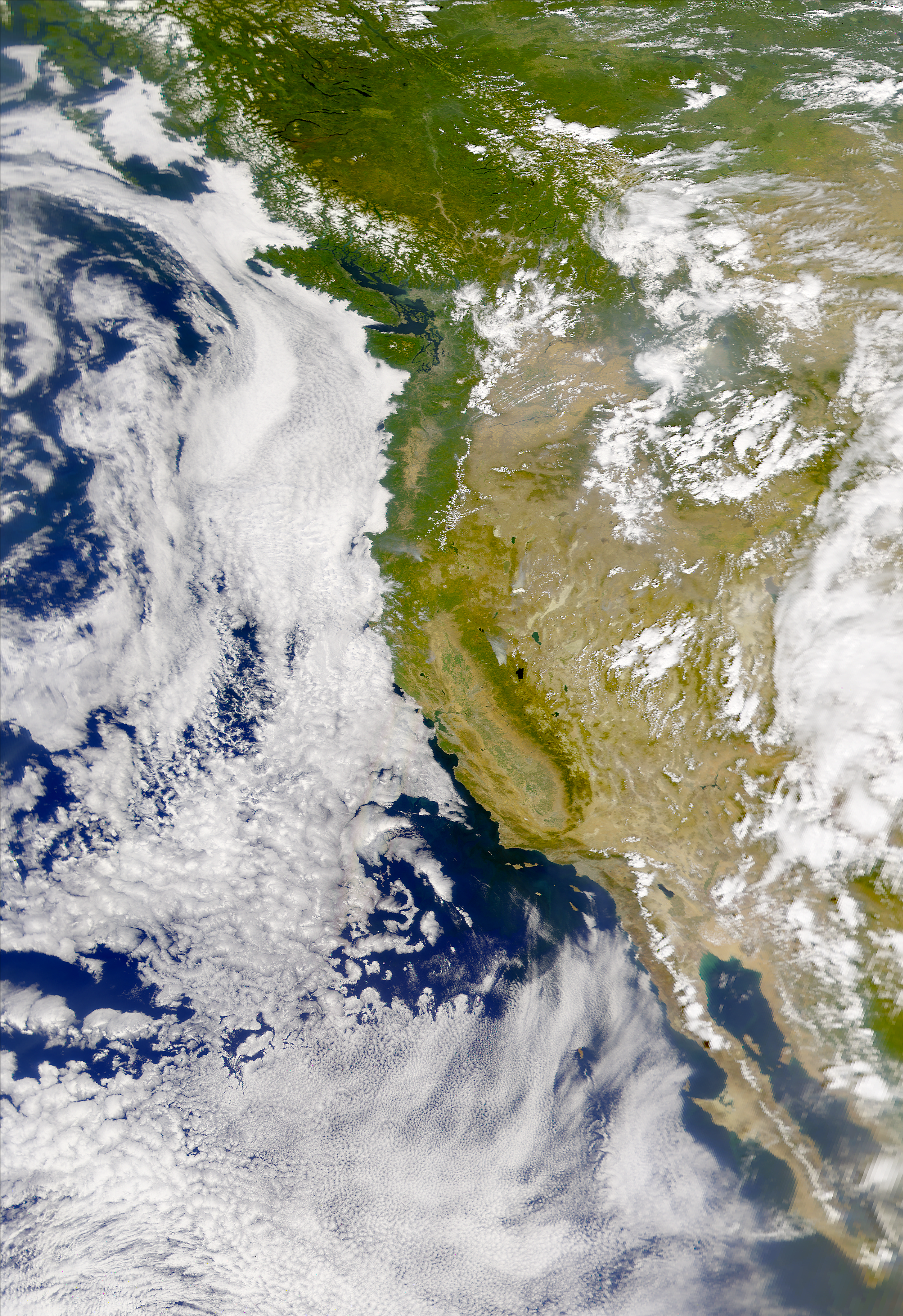 Two smoke plumes show up prominently in this SeaWiFS image of western North America captured on August 13, 2001. These plumes trail from the Quartz Fire near Medford, Oregon and the Emigrant Gap Fire, northwest of Lake Tahoe. Other smaller smoke plumes are also visible around the western United States. Much farther south in the same image, a vortex street is visible in the clouds to the south of Guadalupe Island, Mexico.