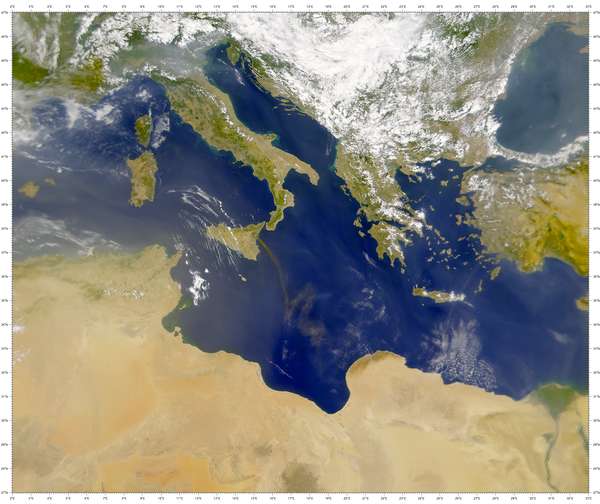 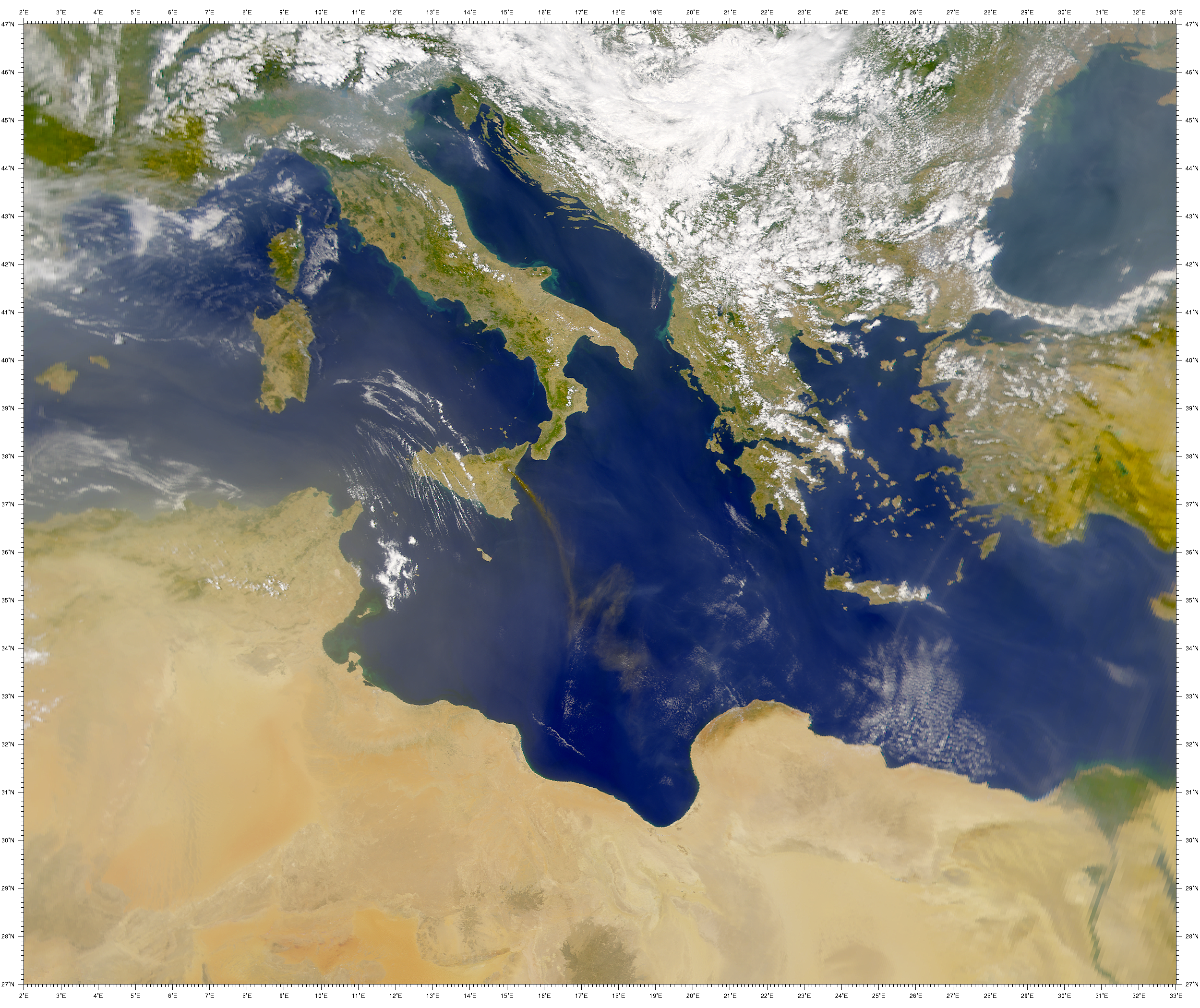 The plume from the ongoing eruption of Mt. Etna has changed color since the last SeaWiFS image of the area. In this image taken on July 24, 2001, the ash plume has a greenish-orange color.