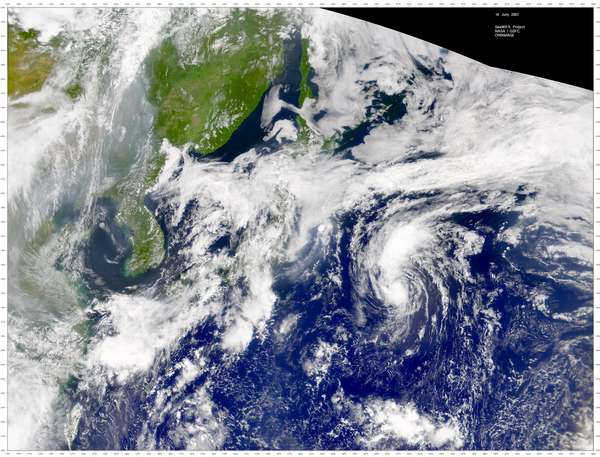 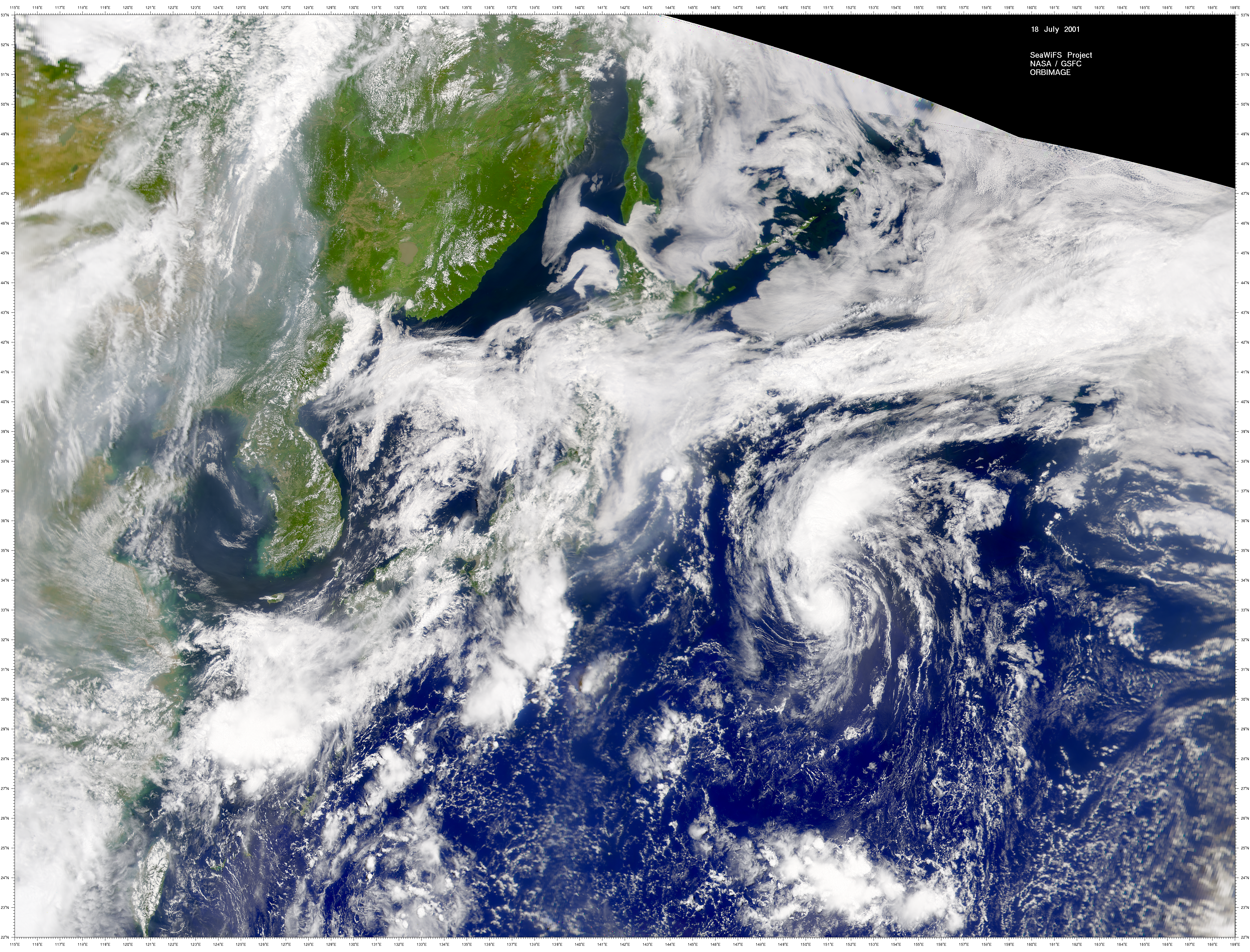 In this SeaWiFS image of the western North Pacific Ocean, a developing extratropical low pressure system is visible southeast of Japan. The grayish pall over northern China (north of the Korean Peninsula) may be smoke from forest fires in the area. East of the gray haze the air is clearer, and features such as the Amur River and Lake Khanka are visible in the high resolution version.