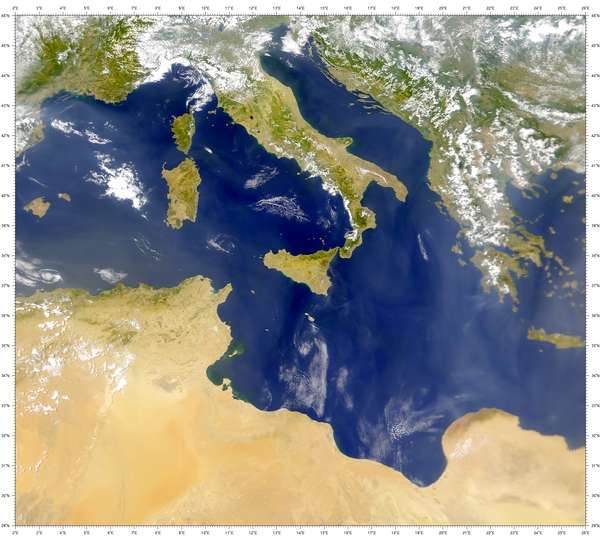 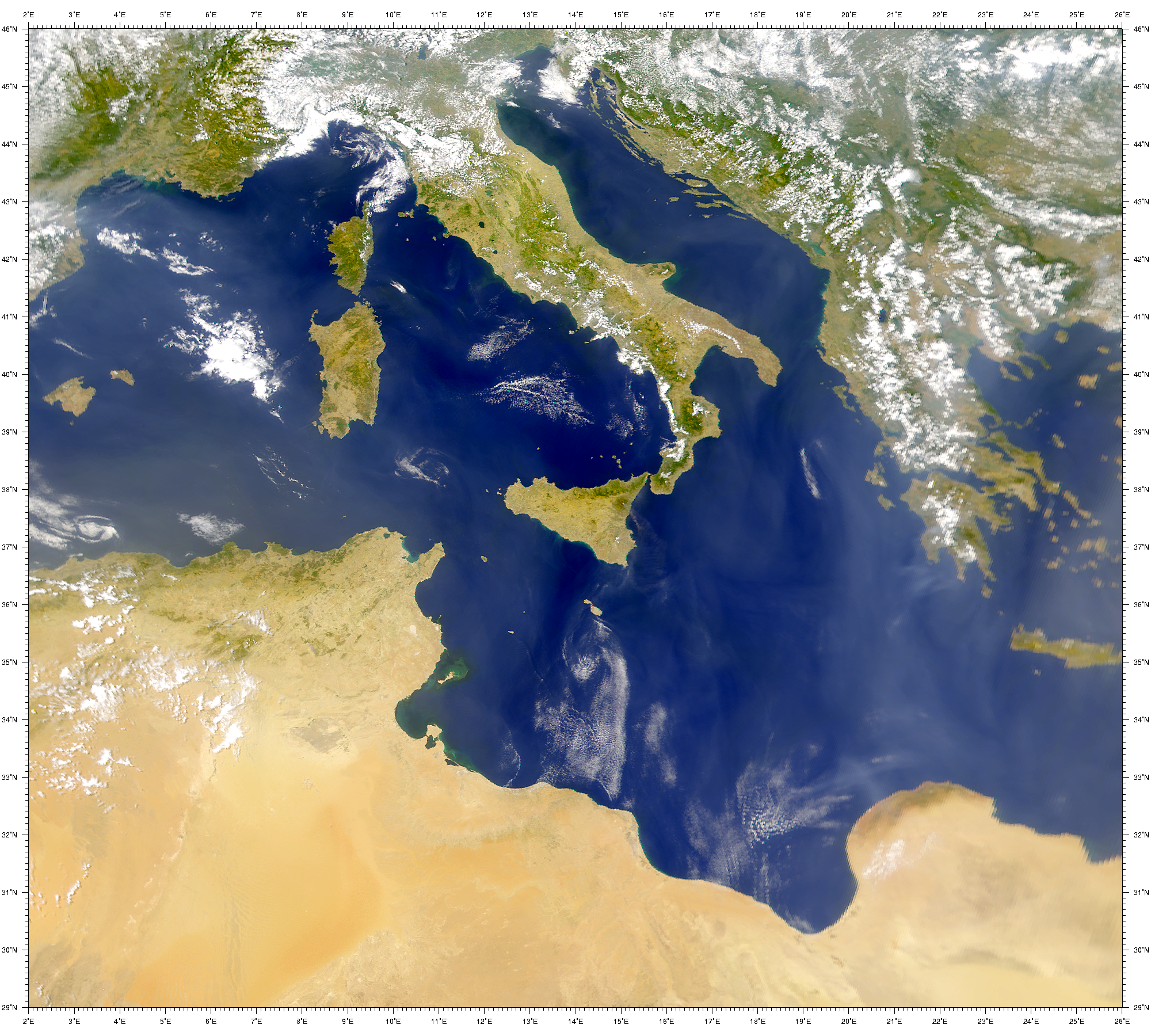 Mount Etna in Sicily is currently venting white steam clouds. This SeaWiFS image of the region shows the plume drifting towards the southeast and then southward along the eastern edge of the island.