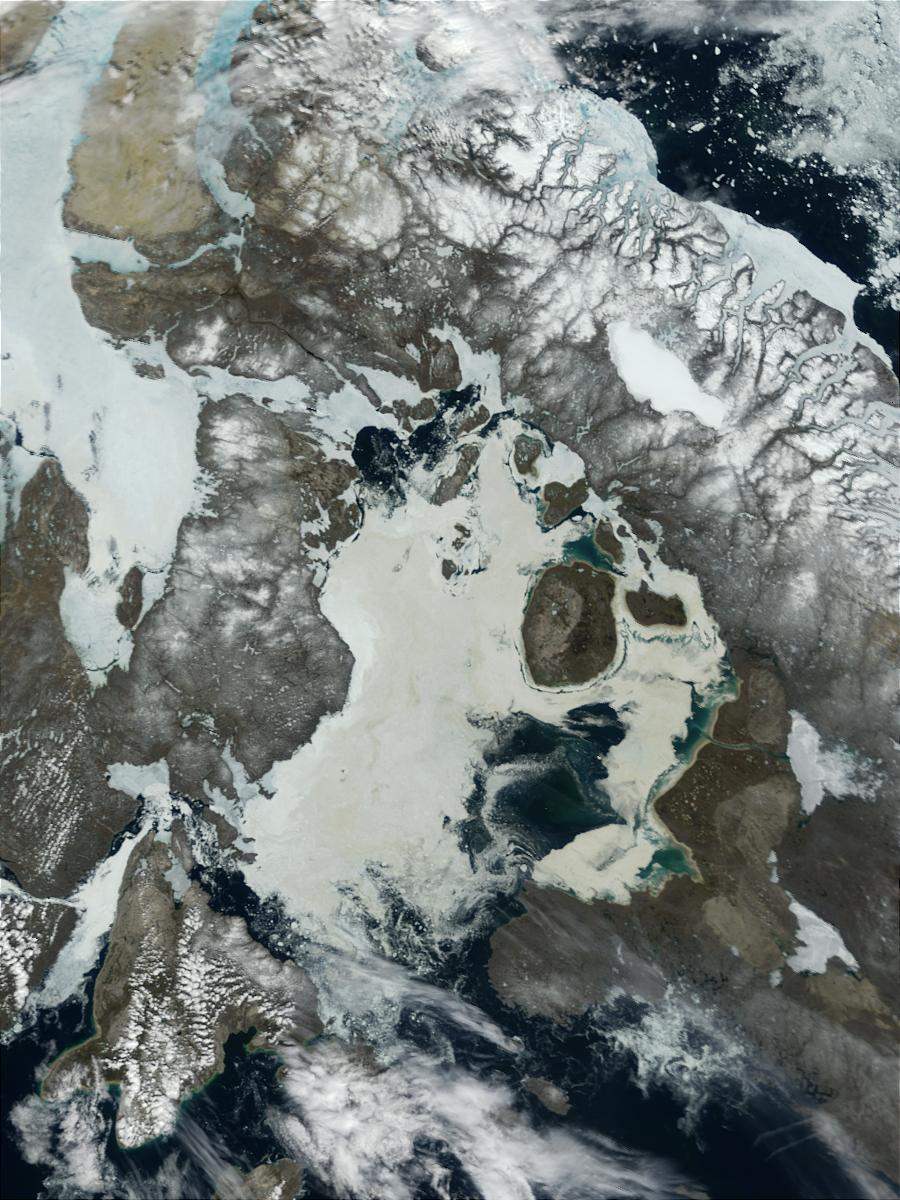 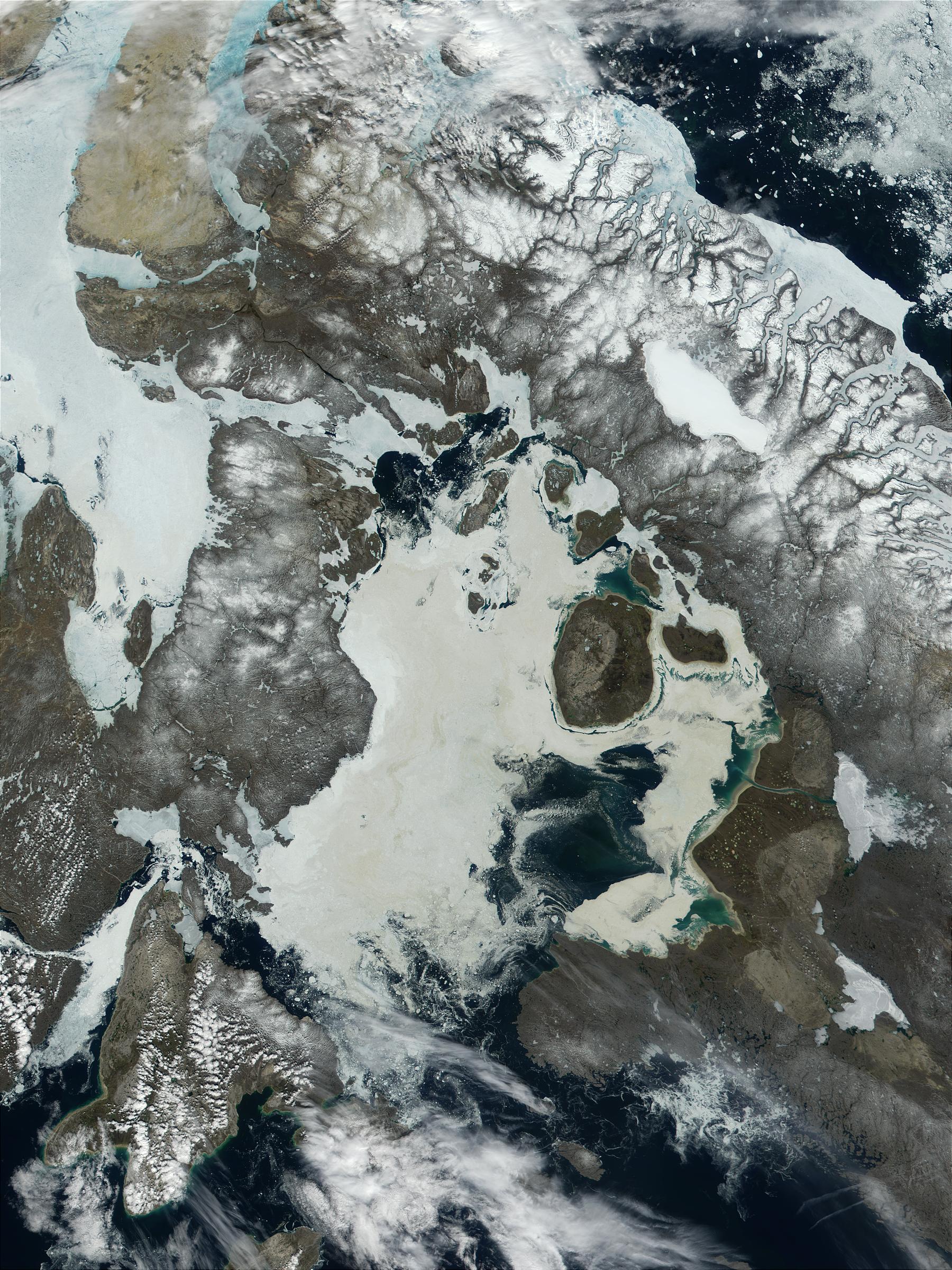 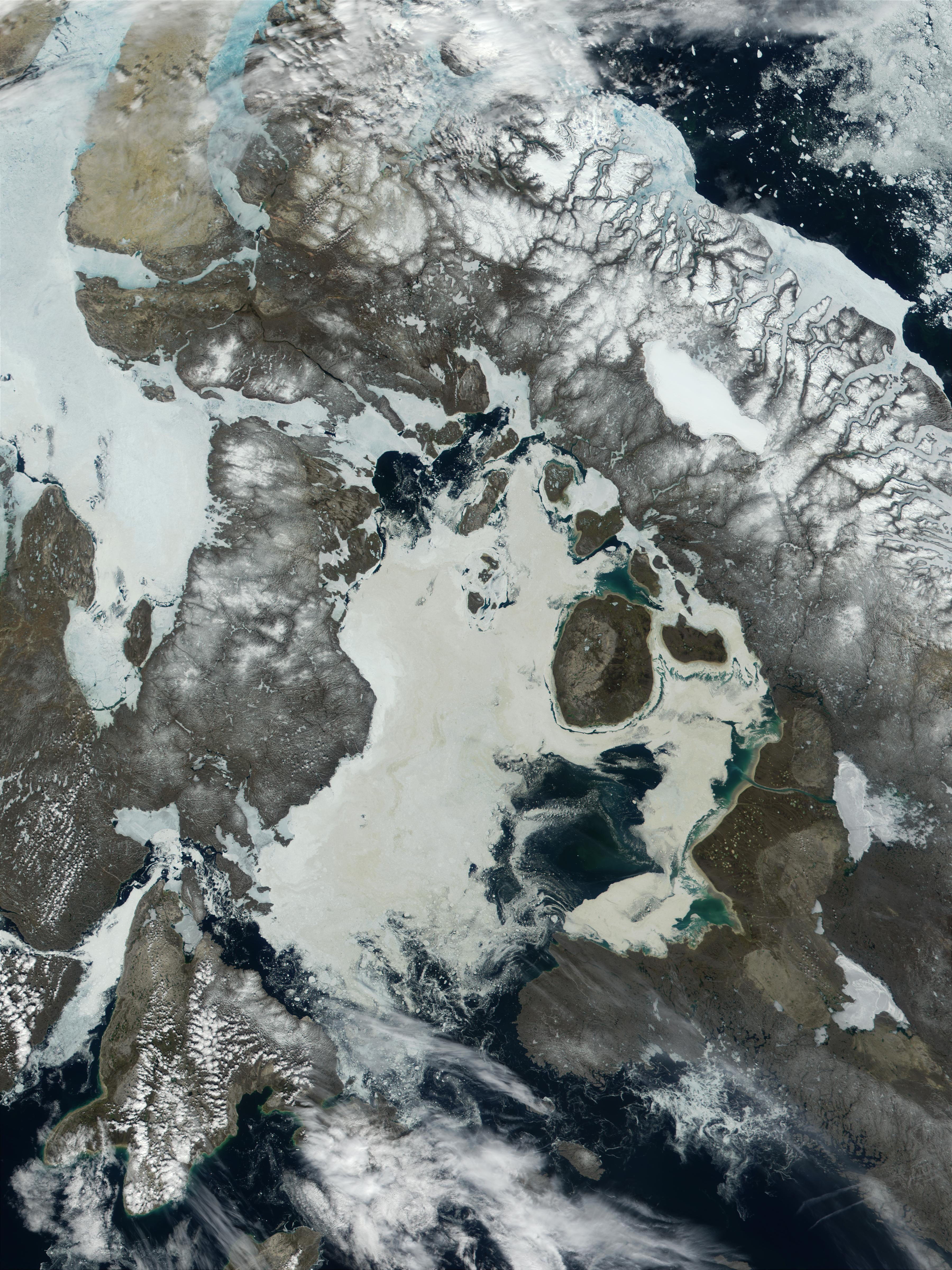 The snow cover is vanishing from Baffin Island, Canada, which is running northeast to southwest at the upper right corner of the image, but ice still chokes Foxe Basin, in the image center, and vegetation doesn't appear to have taken off yet, as most of the land surface is brown.