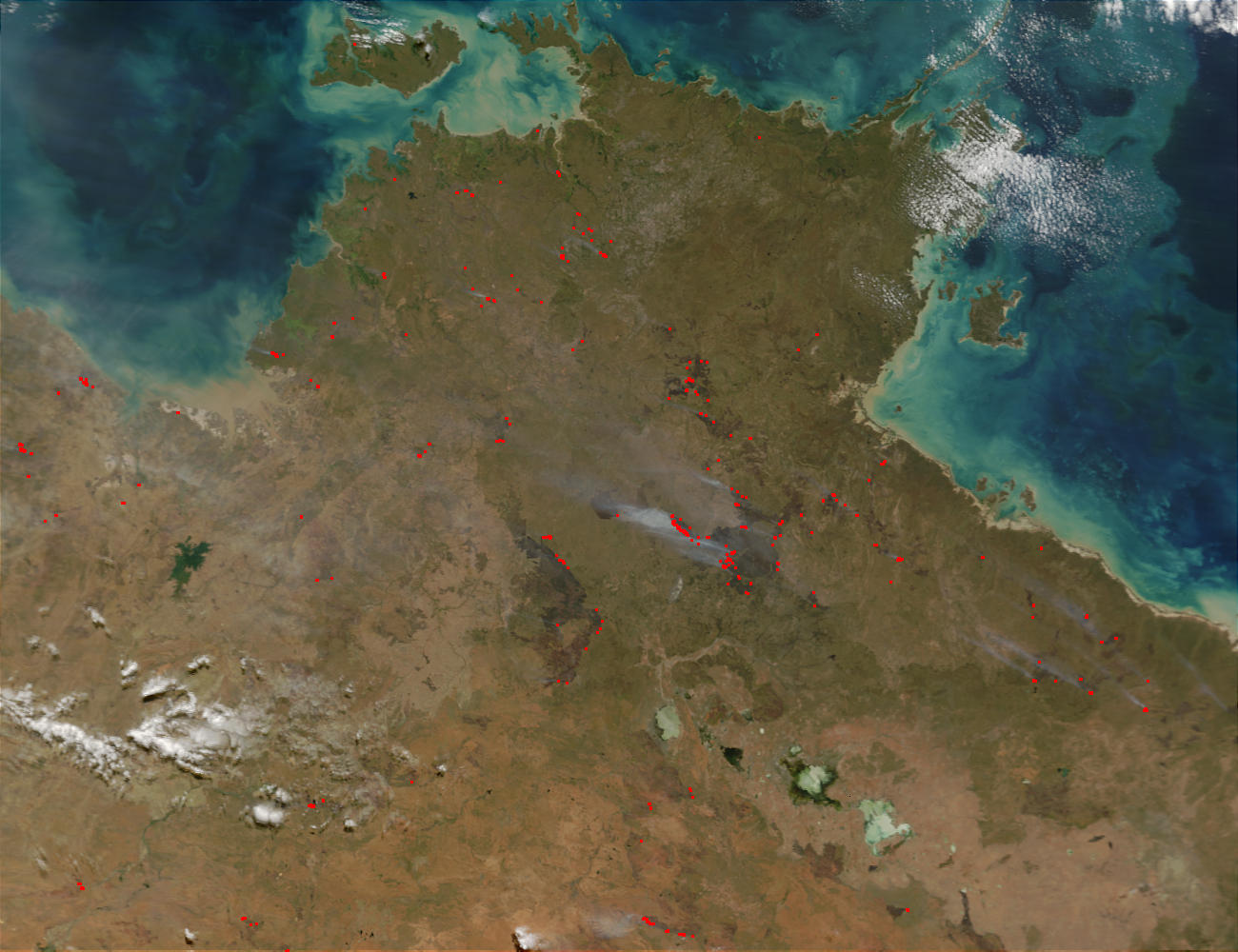 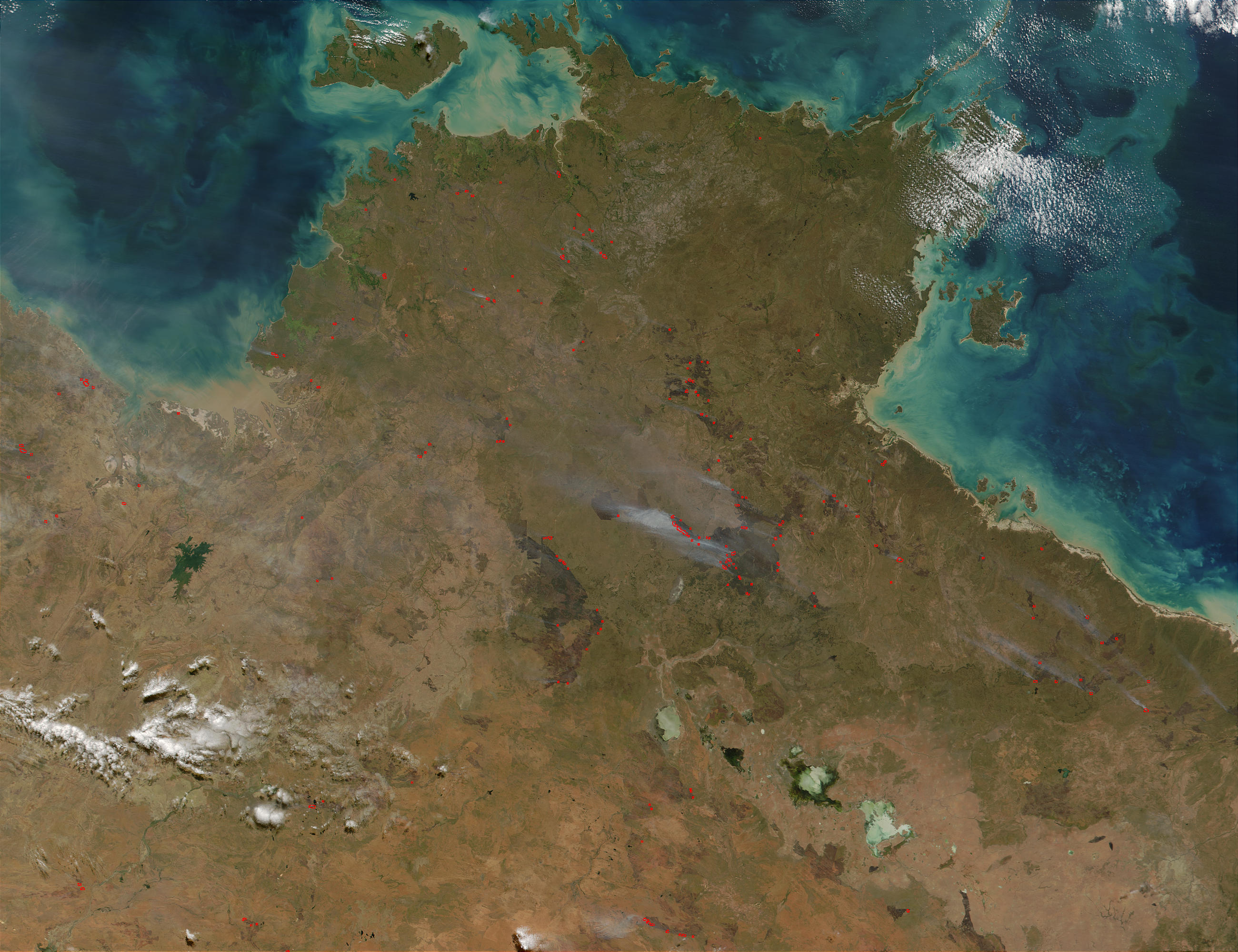 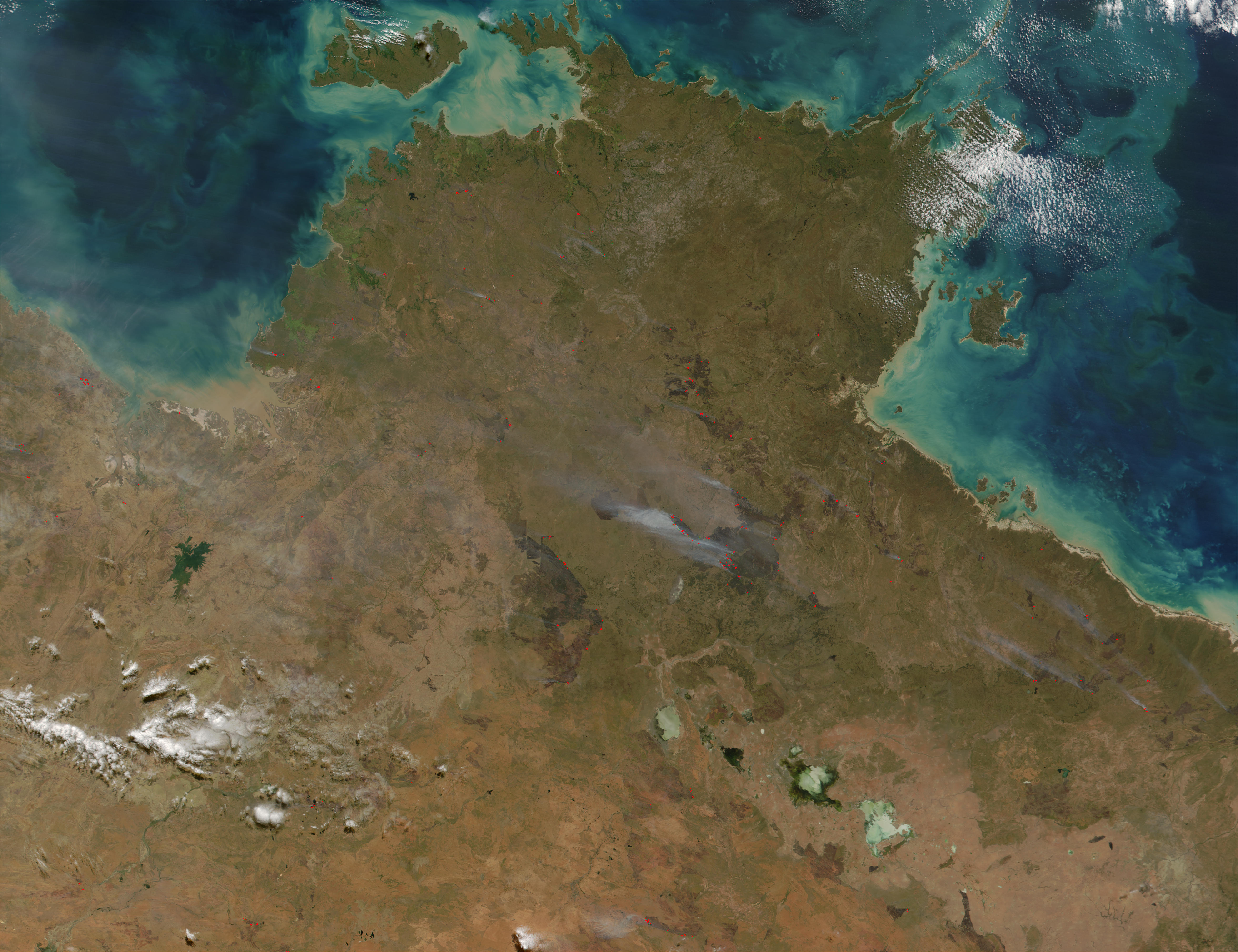 Several fires were detected in Northern Australia by MODIS. The fires show up as red dots, superimposed on a surface reflectance product. The image also shows the Clarence Strait, which separates the mainland from Melville Island to the northwest and the smaller Bathurst Island to its west. The Strait connects the more confined, bowl-shaped Van Diemen Gulf to the Beagle Gulf. To the right of the image at the top is the Gulf of Carpentaria, which appears to be full of phytoplankton, as evidenced by the blue-green swirls in the waters.