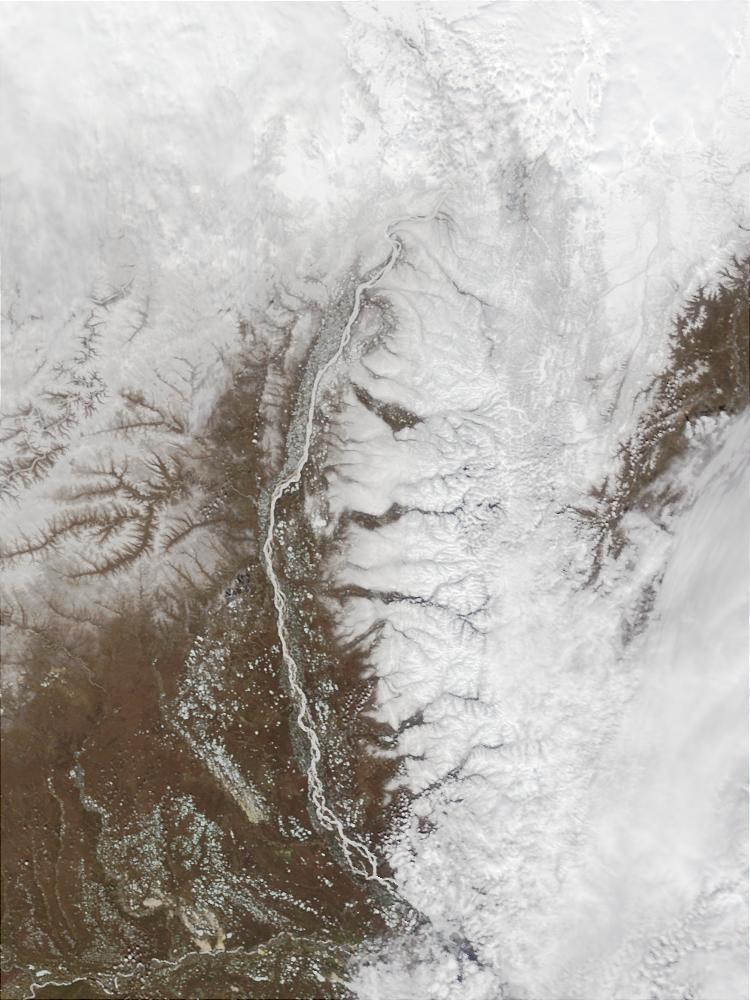 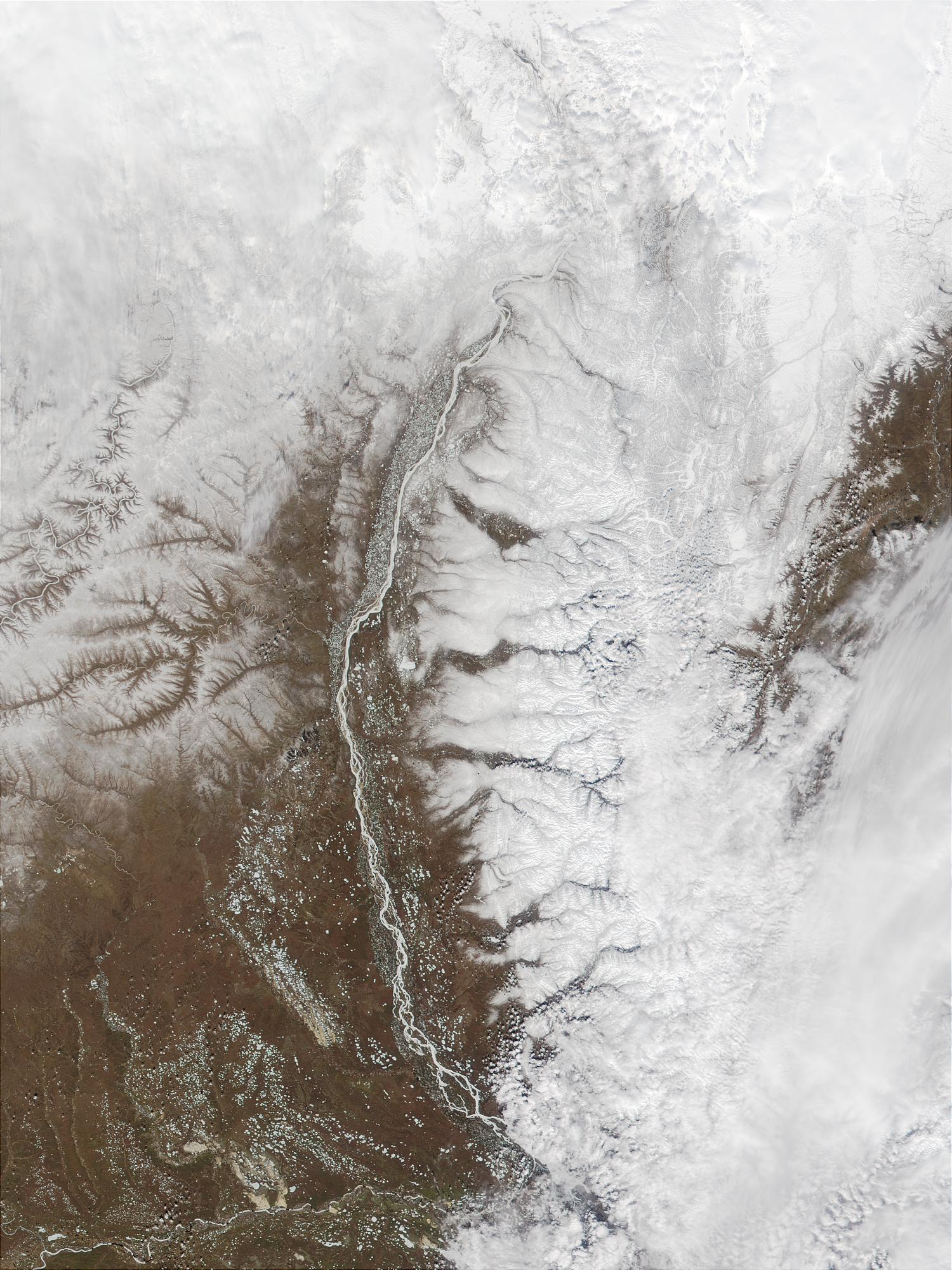 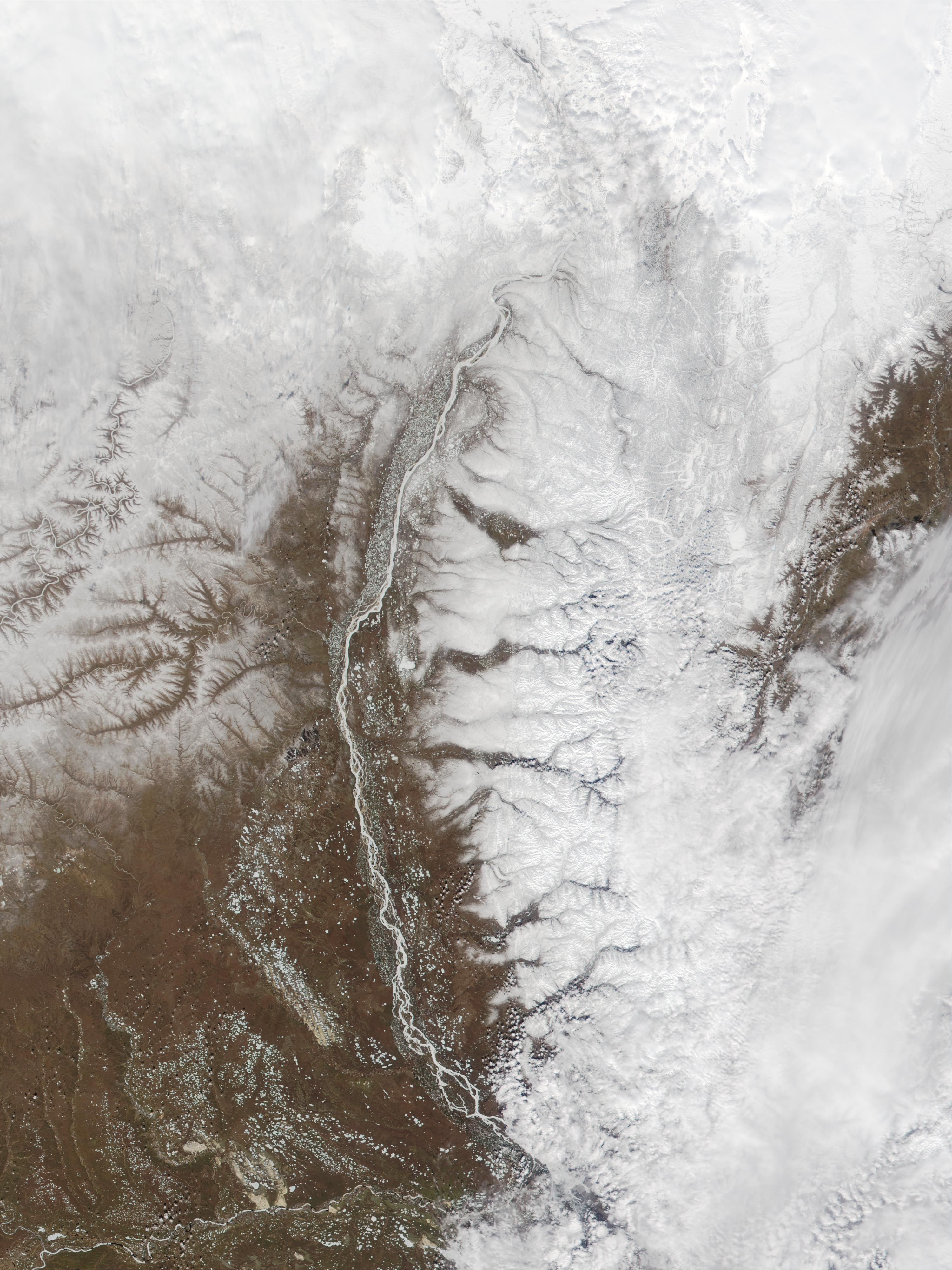 The MODIS true-color image, acquired on May 22, 2001, over Siberia shows the Lena River, a principal waterway of eastern Siberia. The Lena flows northeast and the north from its source in the Baikal Mountains and empties into the Arctic Ocean via the Laptev Sea.