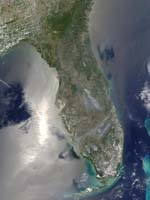 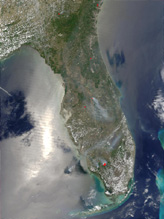 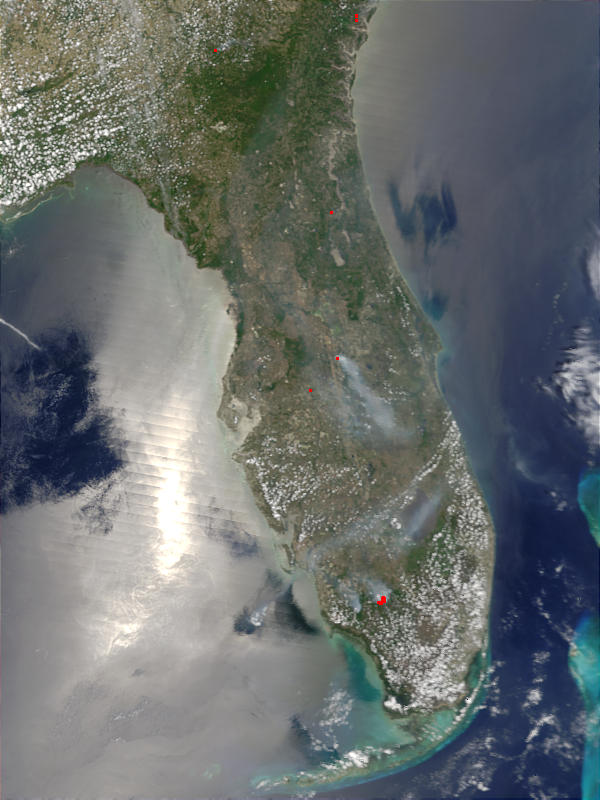 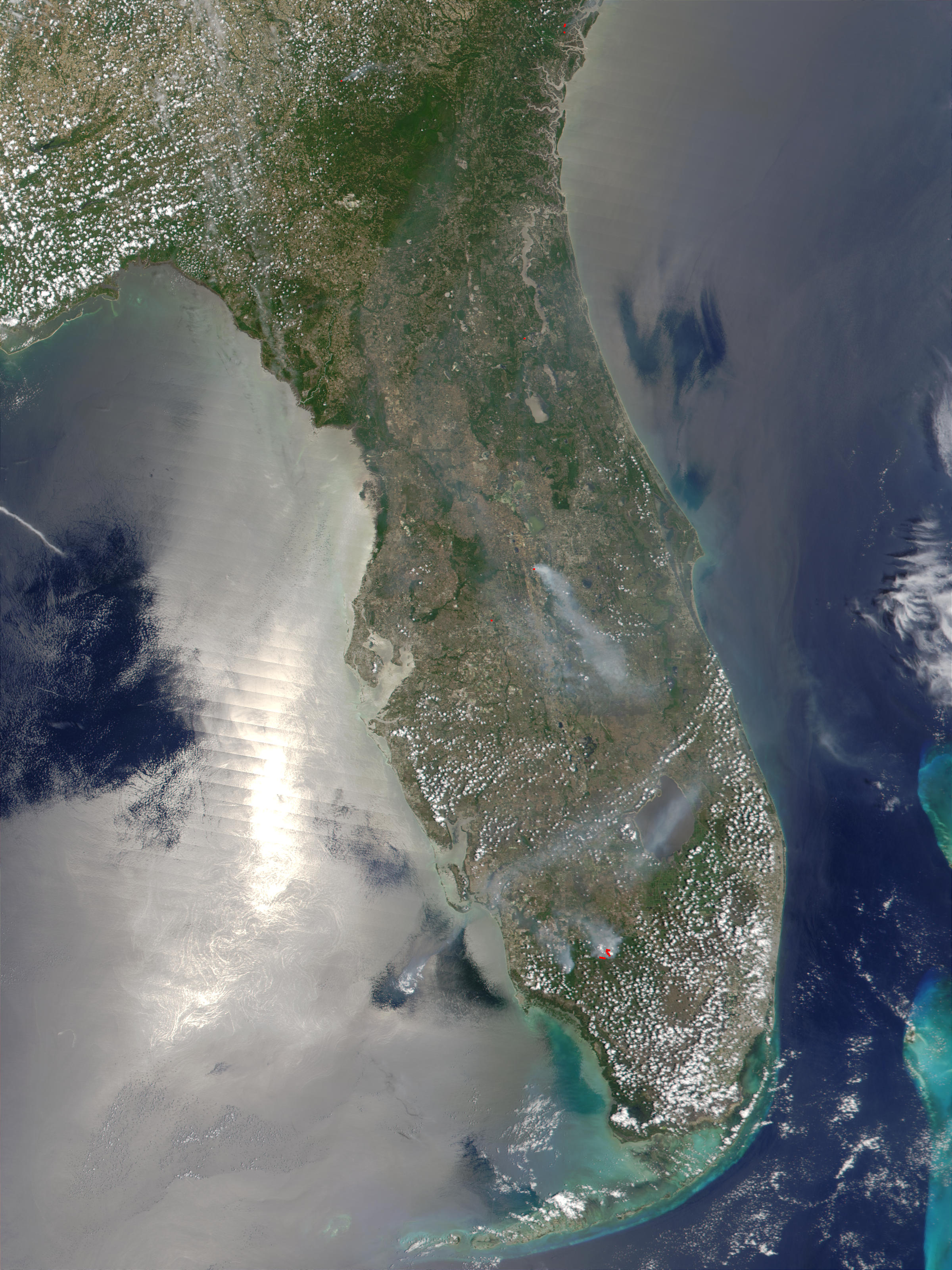 According to news sources, there were nine large fires burning in Florida Saturday (May 19) and as many as fifteen fires burning today (May 21). Florida has been parched by drought in recent months, and there is still no rain in the immediate forecast.

The Moderate-resolution Imaging Spectroradiometer (MODIS) acquired this true-color image of Florida on May 19, revealing a lot of smoke and haze blanketing most of the state. The red pixels show the locations of some of the larger fires and their resulting smoke plumes. (The brightness in the water west of Florida is due to sun glint.) The largest of the current fires is burning in Big Cypress National Preserve, located about 120 km (75 miles) west of Miami. That fire has already consumed roughly 15,000 acres and was only partially contained by firefighters at the time this image was taken.

Officials estimate that 2,648 wildfires have scorched nearly 194,000 acres in Florida since January of this year. There is concern that those statistics will rise at the onset of the rainy season. Until the rains come full force, the potential for lightning strikes increases fire risks under such dry conditions.