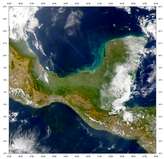 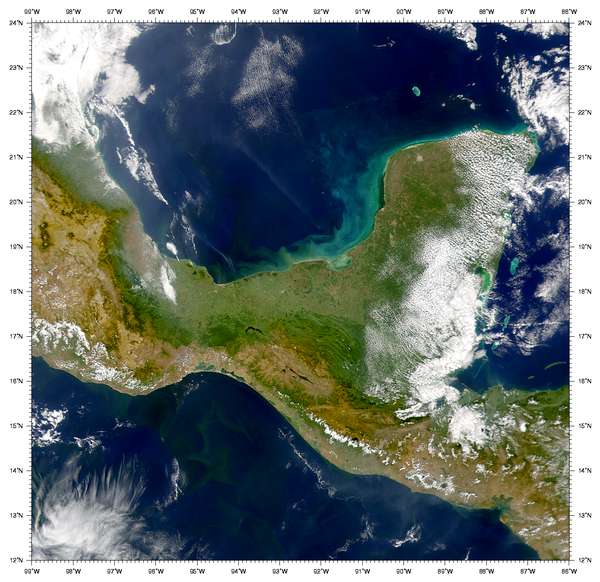 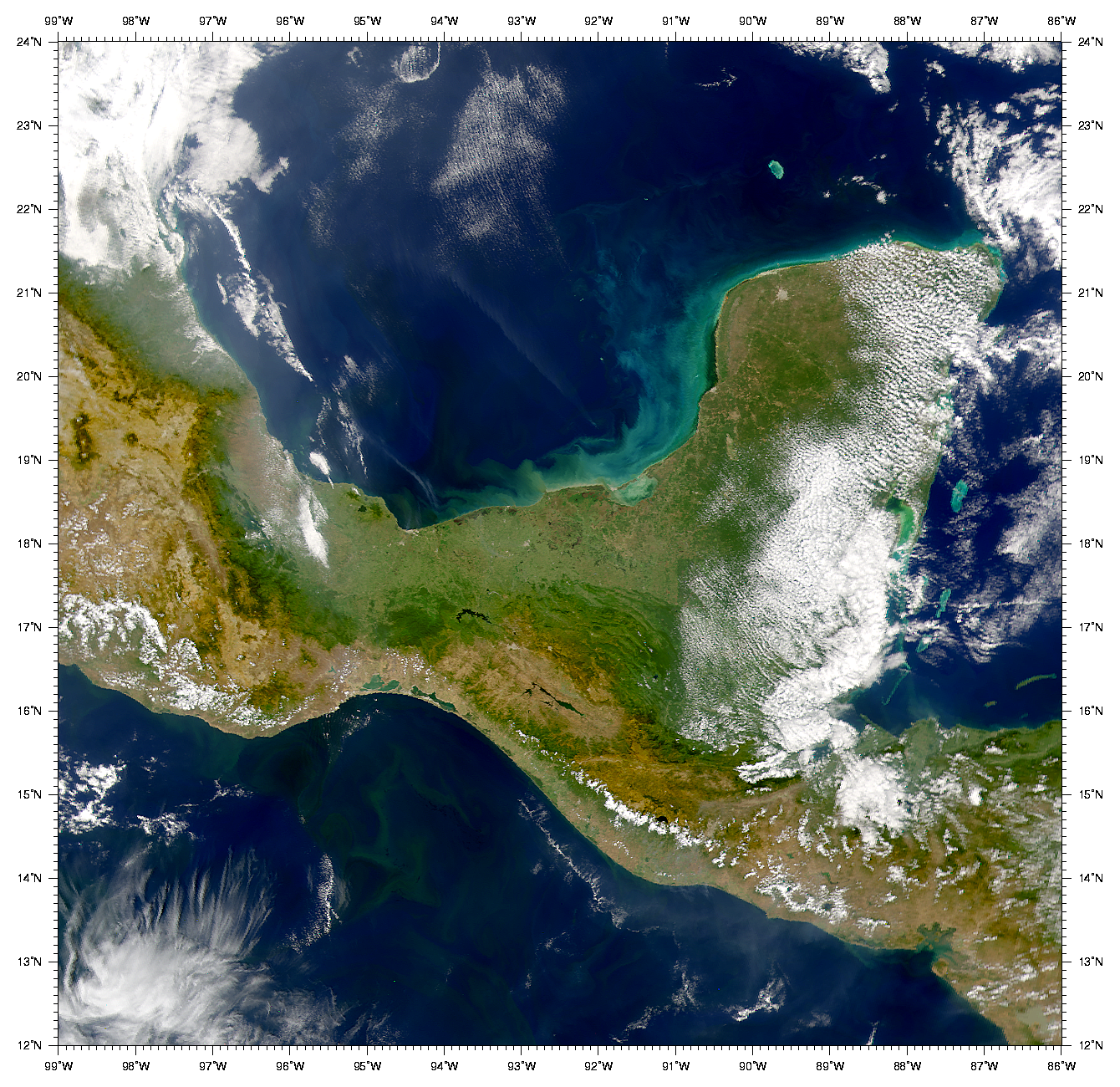 Bay of Campeche and Gulf of Tehuantepec

The January 17, 2001 Sea-viewing Wide Field-of-view Sensor (SeaWiFS) image of the Bay of Campeche shows a 300-kilometer long smoke plume streaming towards the northwest from around 19.4 North and 92 West, the location of the Akal oil field.

On the Pacific side of Southern Mexico, the productive waters of the Gulf of Tehuantepec are visible.