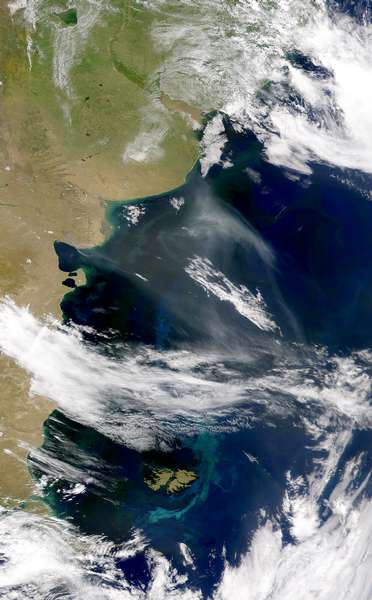 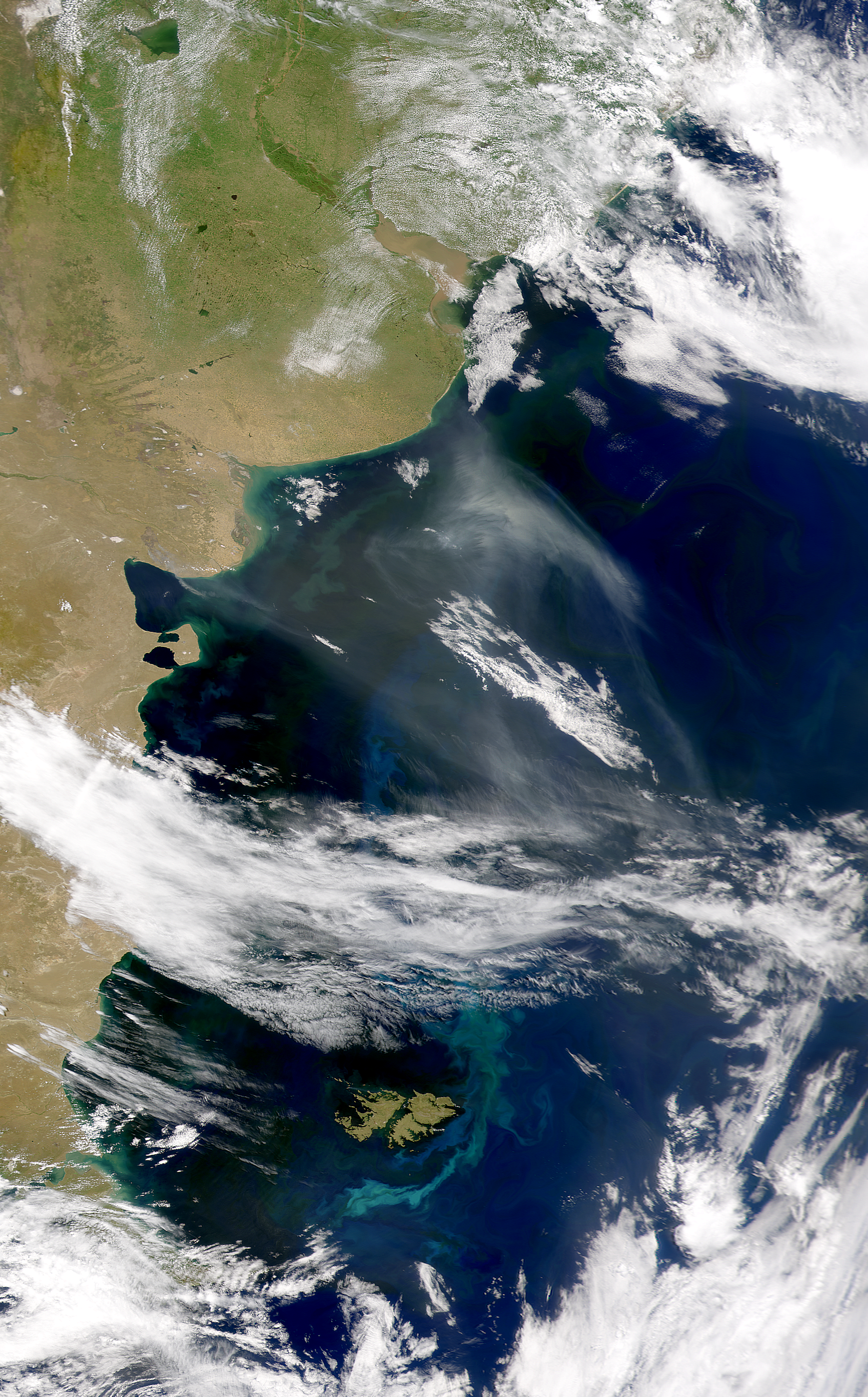 Smoke plumes are visible in this January 15, 2001, Sea-viewing Wide Field-of-view Sensor (SeaWiFS) image of Rio Negro Province in Argentina. The smoke appears to originate between the Rio Negro and the Golfo San Matias. A much thicker cloud of what also appears to be smoke is visible over the ocean to the southeast of Mar del Plata.