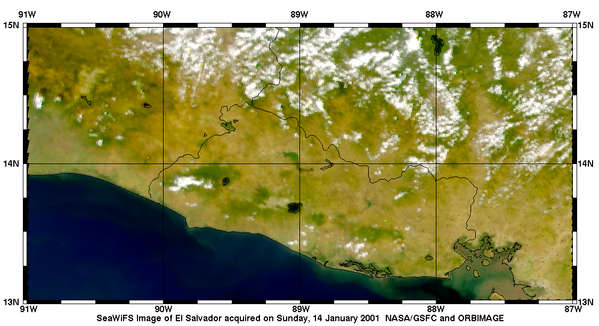 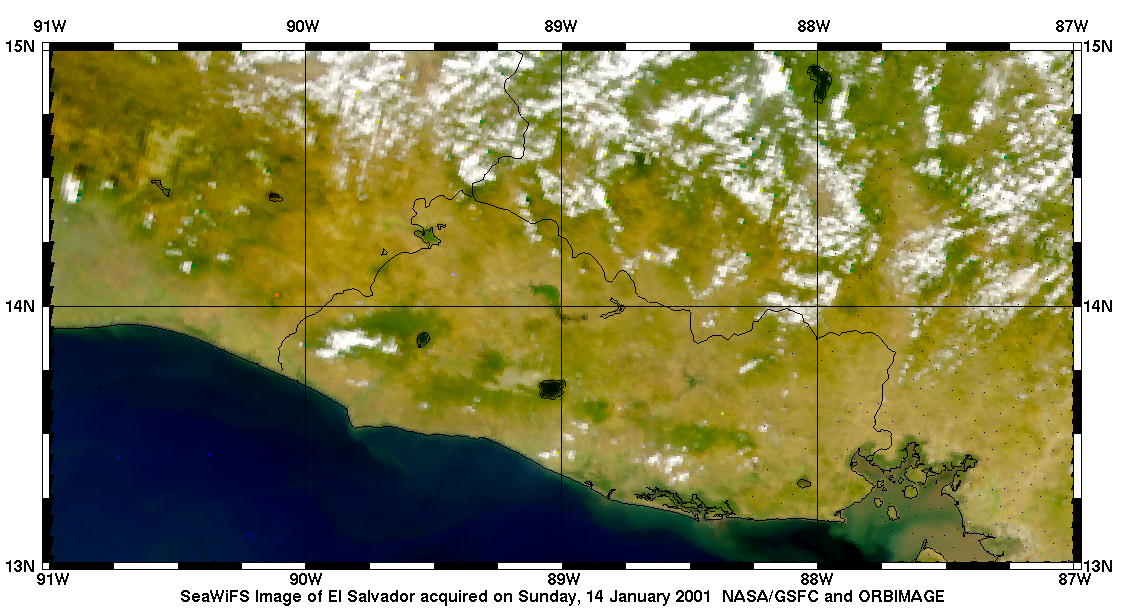 This Sea-viewing Wide Field-of-view Sensor (SeaWiFS) view of Central America (centered on El Salvador ) is from Sunday, January 14, 2001, just a day after a large earthquake struck just offshore. The large, beige area just to the left of the lake in the center of the image (Lago de Ilopango) is probably the city of San Salvador.