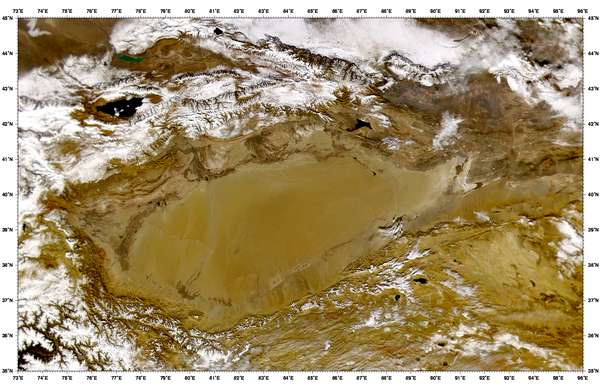 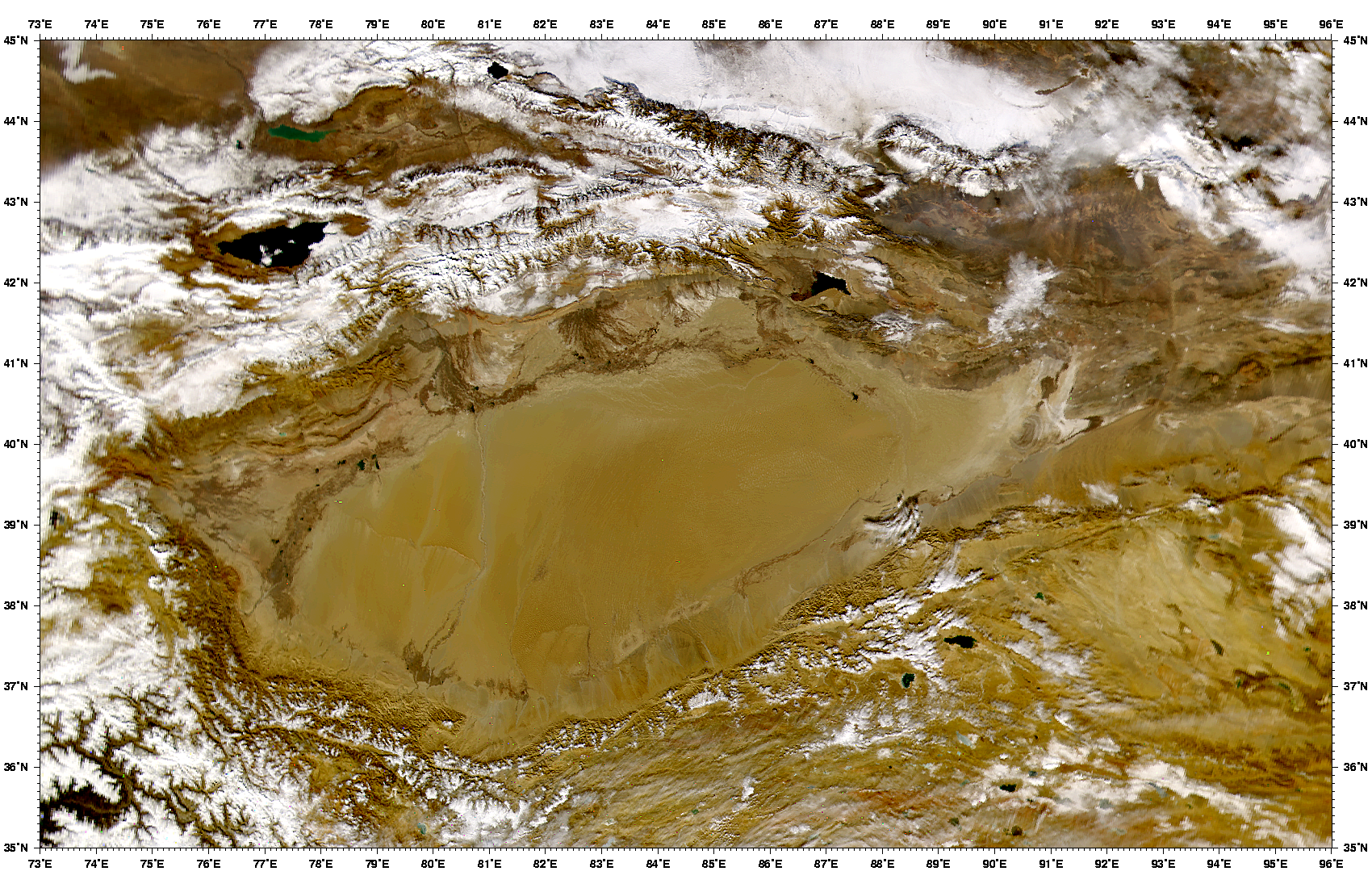 A year ago SeaWiFS collected this view of the Taklimakan Desert in western China. The large regioon in the center of the image is the Tarim Basin, one of the largest internal drainage basins in the world. The basin is surrounded by the Tian mountains to the north, the Kunlun mountains to the southwest and the Altun mountains in the south.