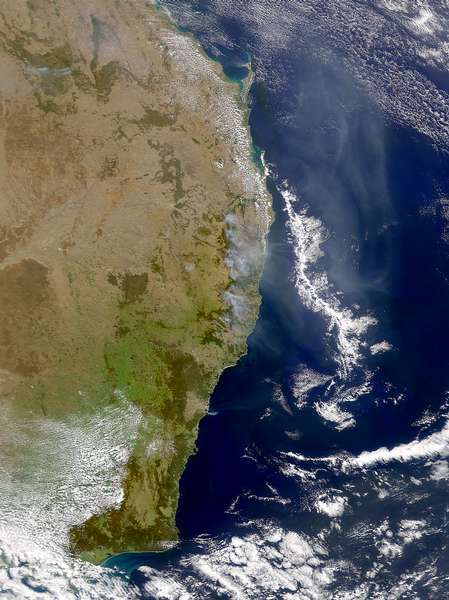 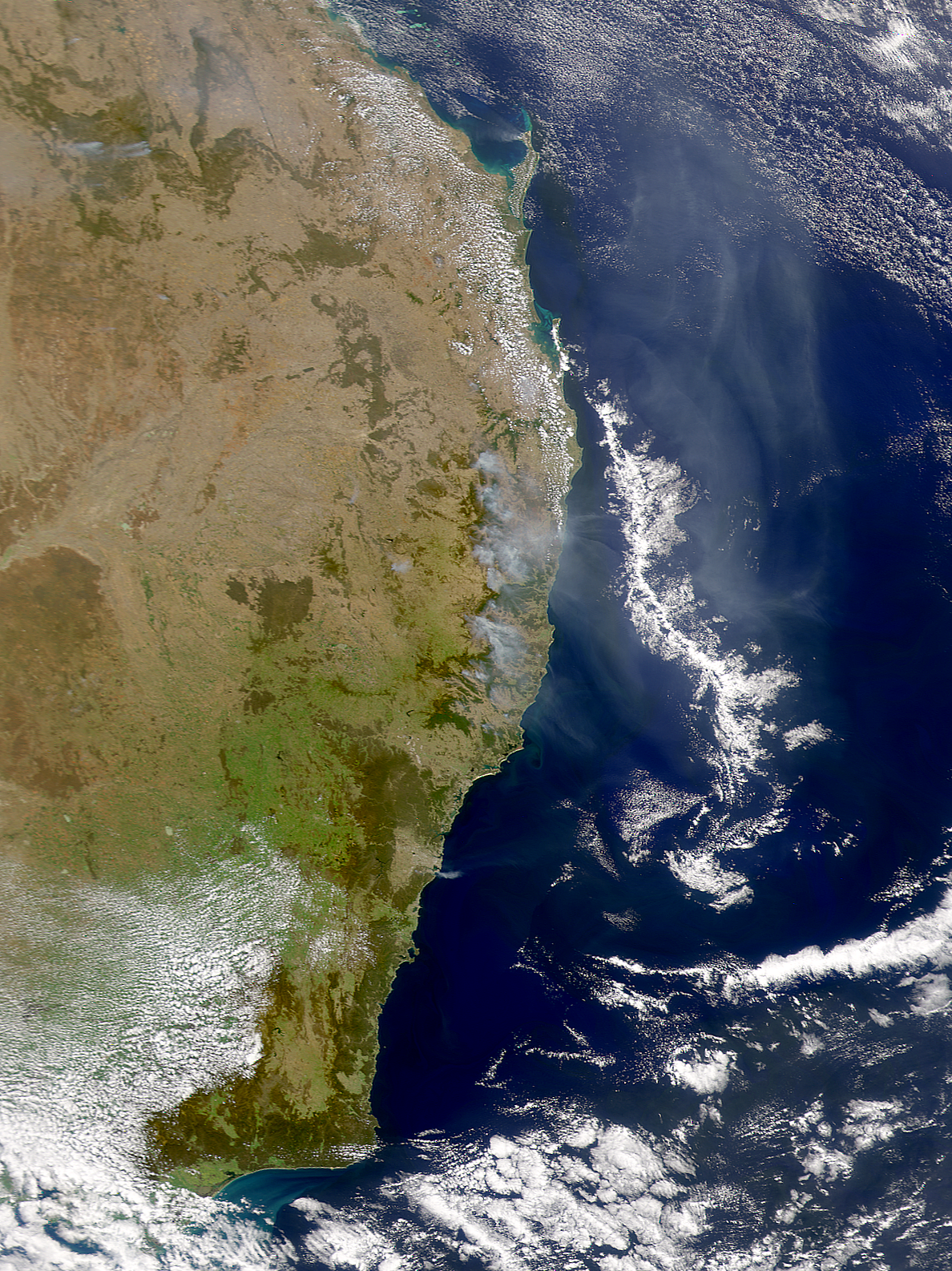 The fires in eastern Australia continued to send smoke seaward as can be seen in this SeaWiFS image of the area. The largest amount of smoke is coming from northern New South Wales, but a smoke plume is also visible just south of Sydney and Botany Bay, and a couple more are visible well inland in Queensland, blowing the other direction.