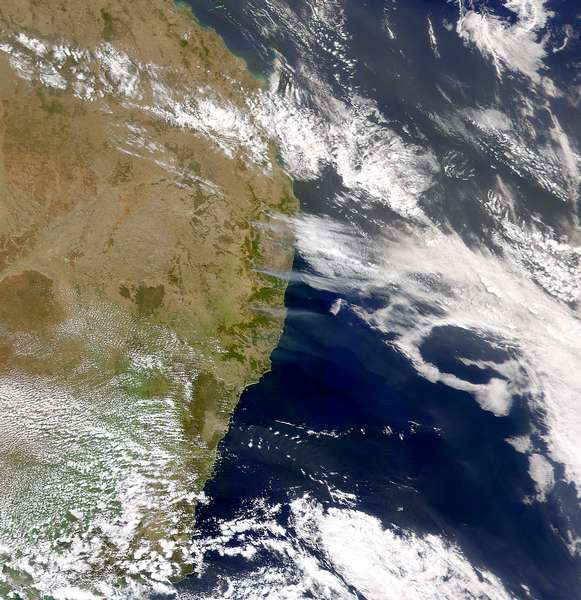 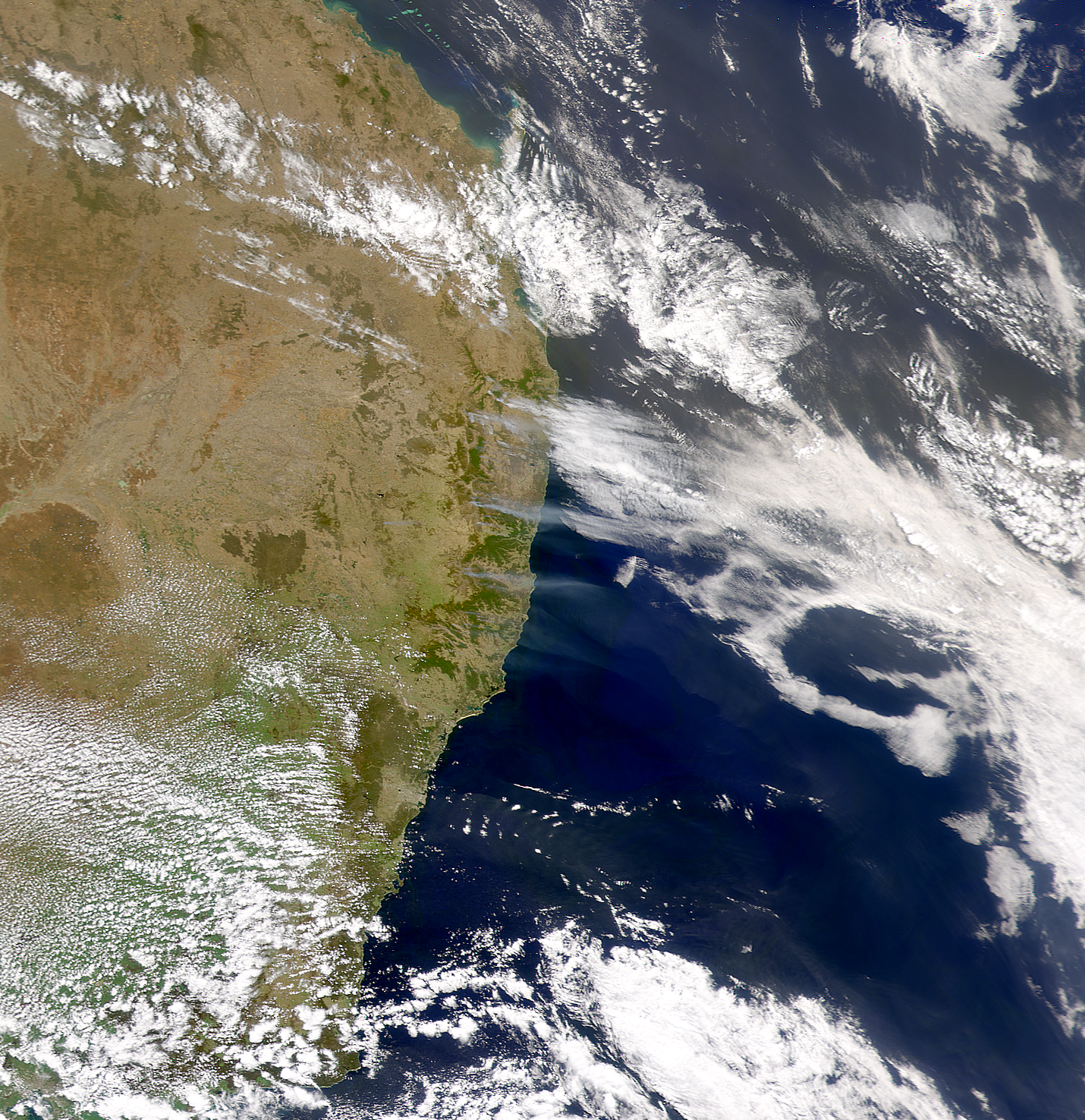 SeaWiFS viewed these smoke plumes over eastern Australia during a recent overpass. One of the smoke plumes passes right over the apparently aptly named Smoky Cape. A bank of aerosol that may or may not be smoke is also visible over the ocean east of Sydney.