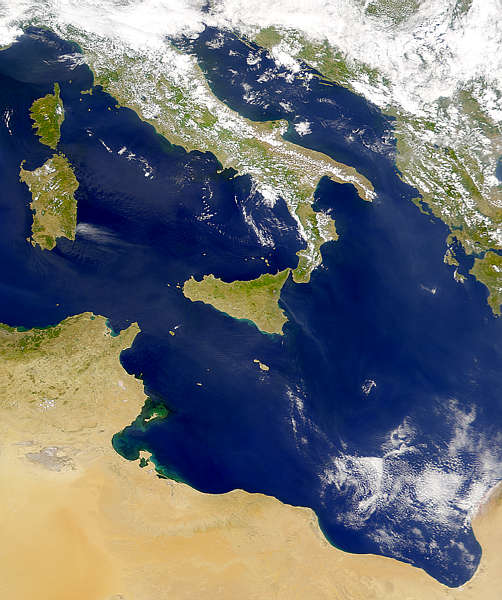 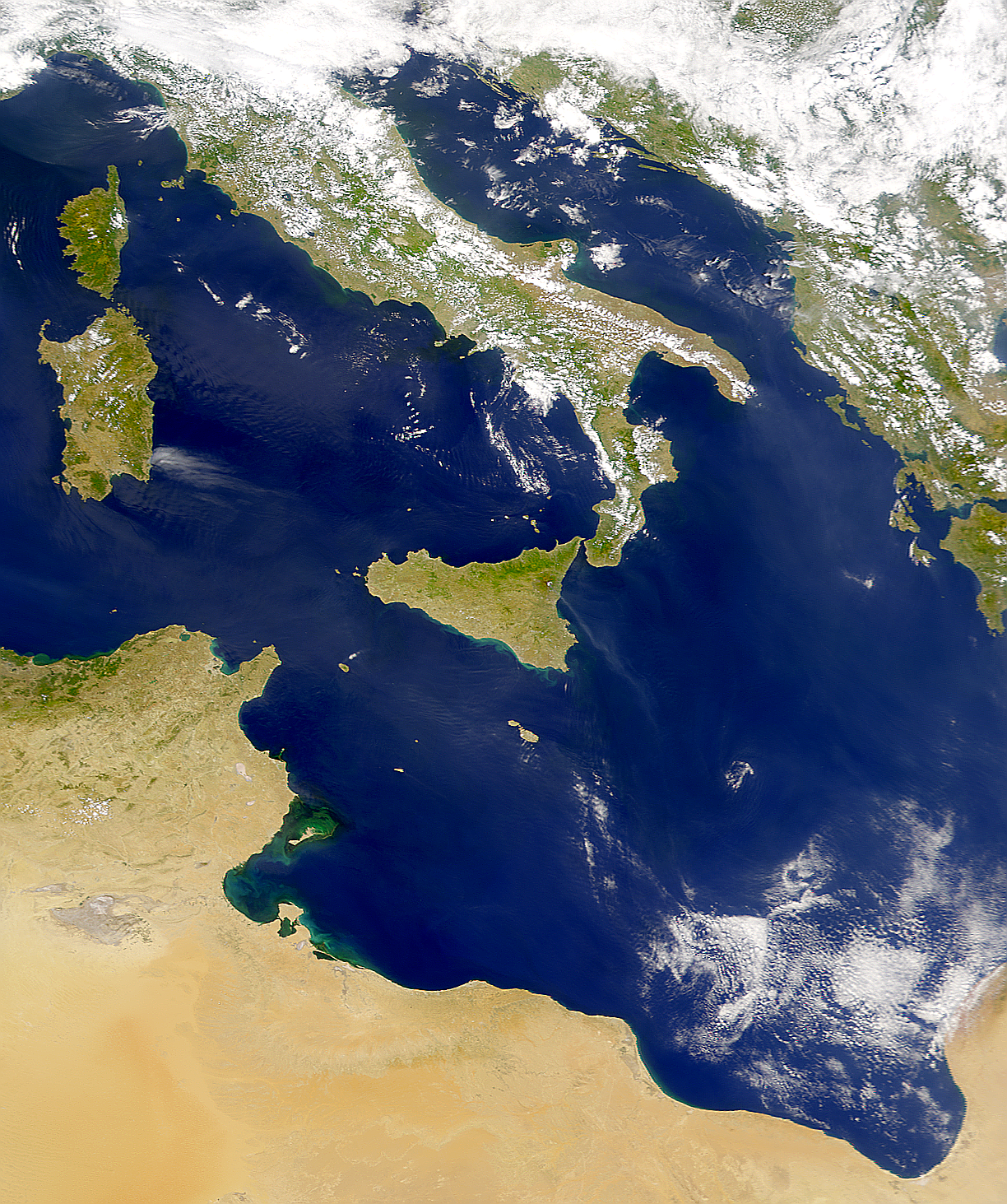 Mount Etna appears to be producing a smoke plume in this SeaWiFS image. Also visible in this scene are some interesting wave patterns on the eastern side of Sardinia. These are probably caused by differing amounts of sunglint off of a sea surface with variable roughness and wave direction.