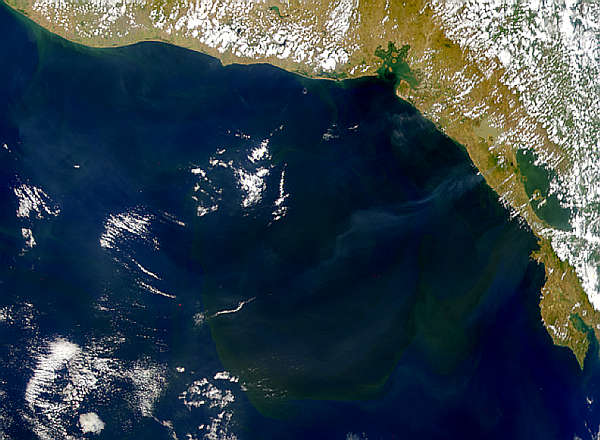 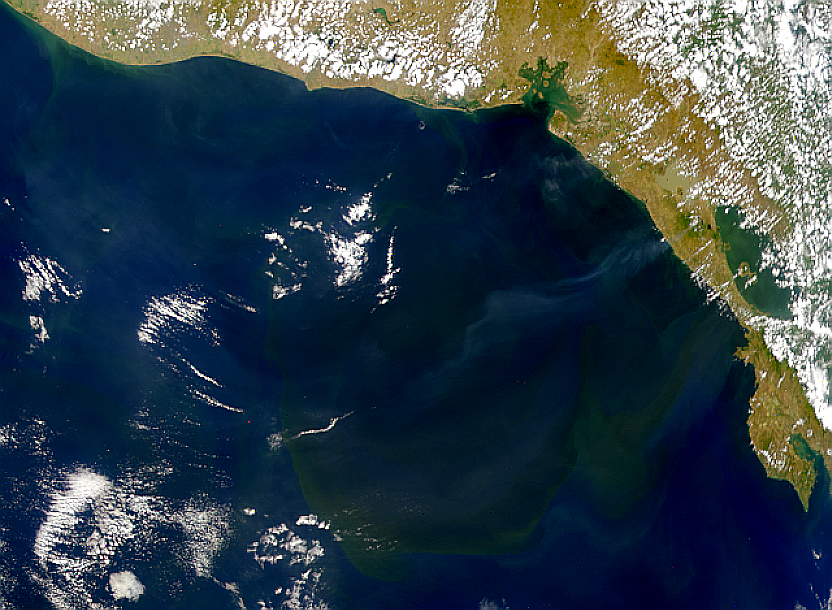 Smoke can be seen streaming from the vicinity of Nicaragua's Masaya volcano in this SeaWiFS image. Another smoke-like feature can be seen further north (perhaps originating at the San Cristobal volcano complex). The smoke plumes are set against the highly productive waters in the upwelling region known as the Costa Rica Dome.