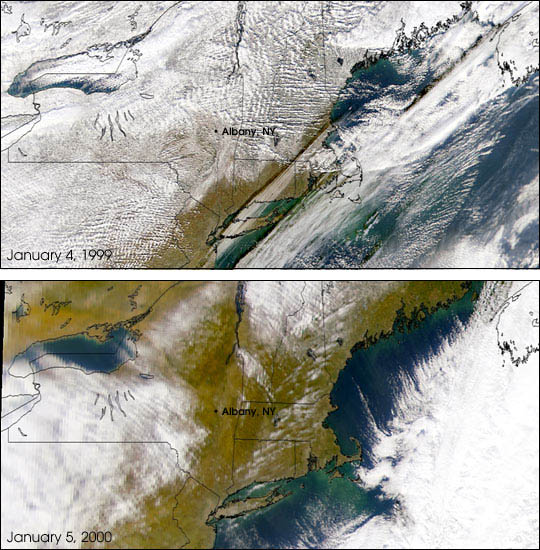 Snowfall in parts of New York, New England, and eastern Canada has been below normal for the past two years. Albany, New York acquired only 3.2 inches of snow in December 1998, while average December snowfall for the region is 15.2 inches. The winter of 1999-2000 is producing even less snow — only 1.1 inches in December 1999. The two images above, from the Sea-viewing Wide Field-of-View Sensor (SeaWiFS), give a rough indication of the amount of snow in the U.S. Northeast in early January 1999 and 2000. The images approximate what the human eye would see from space, so it is sometimes hard to distinguish cloud tops from snow cover.

The persistence of a mild La Niña in the Pacific Ocean may be influencing the jet stream, resulting in warm winters in the Northeast with little snow.