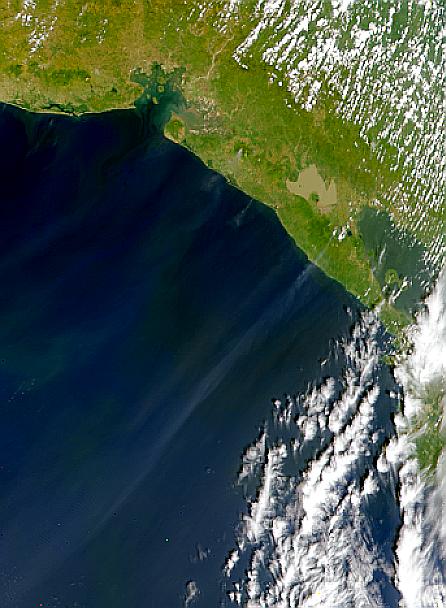 There still appears to be a bit of smoke coming from the volcano San Cristobal in this SeaWiFS image. A considerably more prominent smoke plume appears to originate at Volcan Masaya between Lake Managua and Lake Nicaragua.